HUNK and Tofu are back in the Resident Evil 2 remake! 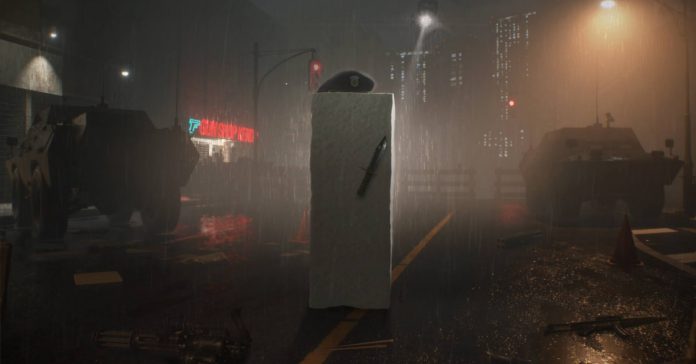 From what we’ve seen, and played so far from the Resident Evil 2 remake, it really is shaping up to be one helluva game that should satisfy fans of the original RE2. If you’re interested in giving it a go before it releases, Capcom recently released a 1-Shot demo of the game on PS4, Xbox One, and PC.

Aside from getting to try the game out, playing the 1-Shot demo will also reveal a new trailer for the game. The new trailer not only showed a bit more of the game’s story mode, it also confirmed that fan-favorites HUNK and Tofu will be back!

Watch the new trailer from the 1-Shot demo here:

Wondering why a big slice of Tofu is a fan-favorite character? The original RE2 included two minigames: The Fourth Survivor and The Tofu Survivor. The Fourth Survivor is a minigame where you play as HUNK, an Umbrella operative who must escape Raccoon City. The Tofu Survivor meanwhile, is a parody of the first minigame which has the playable character “Tofu“, a secret character that was initially made to test the game’s collision detection.

Compared to its original look, the RE2 remake’s Tofu actually looks like a hilariously big slice of Tofu! HUNK meanwhile, still retains his signature gas mask.

Resident Evil 2 will be released on January 25 for the PS4, Xbox One, and Windows PC.

- Advertisement -
Previous article
The NBA 2K19 PH Qualifier Finals is happening this weekend
Next article
Dota 2 Arcana are up for grabs at the new ZBT Gaming Community!