Penn voiced a Mario game, Shay is half Filipino, and other tidbits as they kick off their two day visit for YOU

Complete with those" Korean Heart" symbols <3 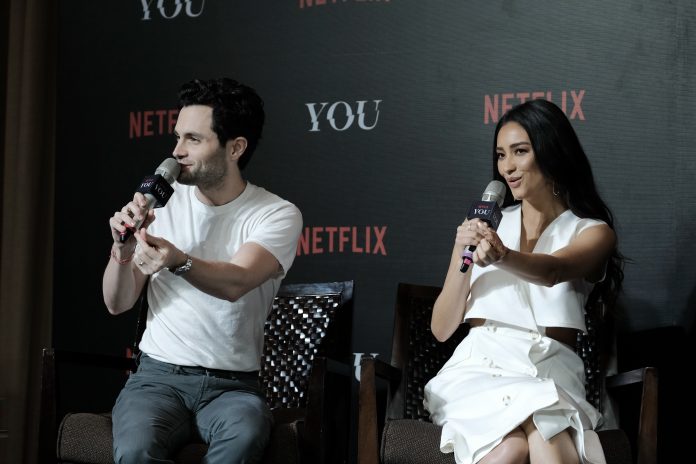 Penn Badgley and Shay Mitchell, stars of the new Netflix Original Series YOU, are in town to talk about their buzz-worthy new show, and to interact with their fans! Earlier this morning, they kicked off their two-day visit with a panel, “In Conversation with YOU,” as they had an intimate conversation about the show and their characters with chosen members of the media.

Speaking about the global success of the show, Badgley, who plays Joe Goldberg in the psychological thriller based on Caroline Kepnes’ best-selling novel of the same name, said, “We are happy with the response the show has received worldwide. We have managed to entertain, thrill and scare… the show has highlighted conversations around consent, victim blaming, stalking and privacy – disturbing things that Joe does, which shouldn’t be considered normal”.

“I love working with Shay because we’re different, like the ingredients of halo-halo. Unity in diversity,” he added about his co-star Shay Mitchell.

It’s also nice to note that Penn had been doing voice acting gigs since he was a little kid and 2 such gigs come from some well known Nintendo 64 games! Penn was part of the fantastic cast of voice actors for both Mario Golf and Mario Tennis way back 1999/2000 and we’d be surprised if he wasn’t a gamer himself!

“The writing on the show is so incredible, and I love Peach’s character. With vast resources and family money, she is the controlling queen bee of Beck’s inner circle of privileged friends. She has her sights set on Joe, in a way that feels oddly adversarial with Beck. Just to have that back and forth with Penn’s character is hilarious. I really enjoyed playing her,” said Mitchell.

Shay, who is half Filipino, has been to the country 3 times already and really feels at home here especially with such supportive and passionate fans. Her mother is Filipino and this is why she knows some parts of the language as well, although she was instructed not to say any of the words she hears her mom say at home because they are all bad words!

As the conversation came to an end, Penn and Shay gave one last message to their Filipino fans. “Mahal namin kayo” (we love you) while making the heart gesture. “Thanks for being supportive and watching the show,” Penn added.

Catch them as they make an appearance at the Greenbelt Gallery, 2nd Level, Greenbelt 5 on January 15 Tuesday at 6pm for a fan meet and greet that YOU wouldn’t want to miss! 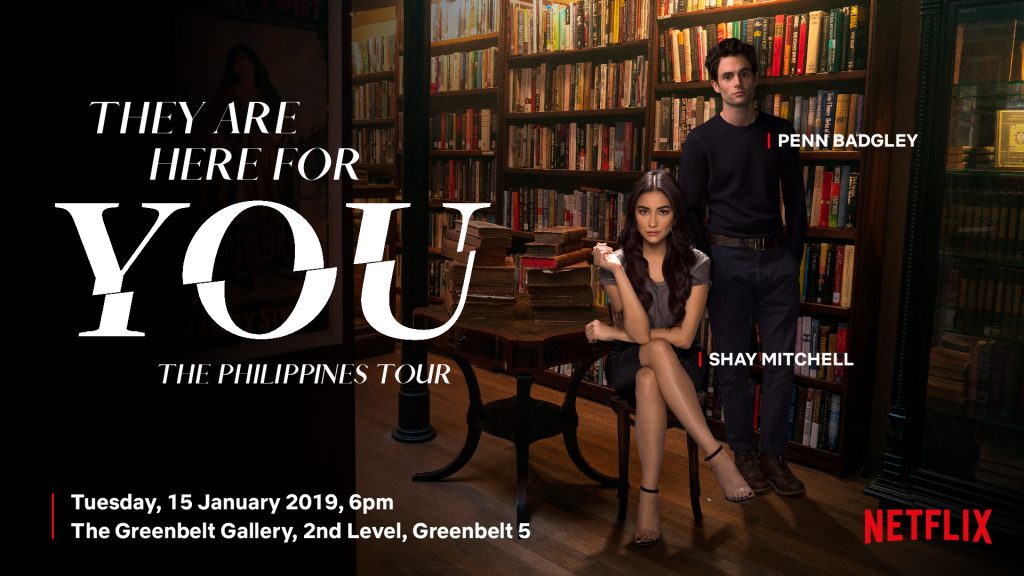 *All photo credits to Netflix and Magic Liwanag

- Advertisement -
Previous article[Day 11] Win a PS4 Bundle + ONE LAST CHANCE to WIN! | UG Holiday Gift Giveaway 2018
Next articleLenovo and Intel kick off Legion of Champions III 2019 with a 35,000$ prize pool