So many sparks but none of them joy | Jump Force Review

It did not spark joy. 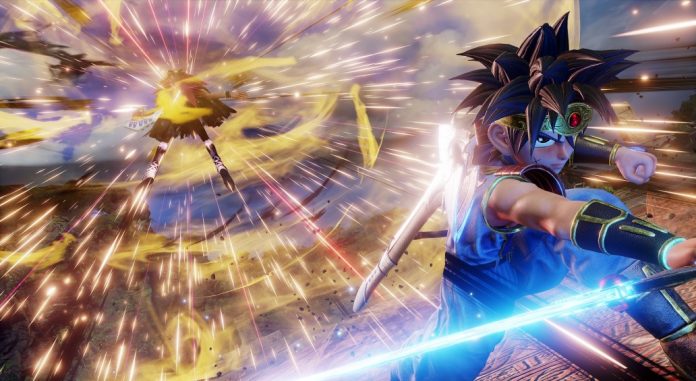 On paper, Jump Force would have been amazing – a collection of some of the most famous Shonen Jump characters all battling it out to save the world from the invading “Venom” forces led by Kane and Galena. It was supposed to be great, a fast paced fighting game that takes a different art direction from your usual “anime” style and giving them a realistic makeover. All of these what if’s are unfortunately hobbled by an uninspired user interface, horrible writing, and other questionable design decisions that make Jump Force a very disappointing outing.

The game starts off with Frieza totally blasting you to death since Goku dodged the attack meant for him, now the only way to save you is to install what’s call an “Umbras Cube” to reincarnate you as a “hero”. I mean, that alone is some of the most ridiculous writing I’ve heard in quite a while but okay, we’ll bite.

You are then treated to a fairly decent character customization screen and I actually like that you can choose the same hairstyles from some of your favorite Jump characters. Care to create a character that looks like Goku but with Toguro hair? I mean, maybe not, but you get my point. Soon after, you’re thrust into a couple of tutorial battles and after a brief introduction with the Jump Force team, you are then brought to the Jump Force headquarters and I’d really like to talk about that…

Because it looks pretty awful. Okay so the main area in Jump Force is the social hub ala Dragonball Xenoverse from where you can access a whole wealth of shops and activities. Each of the 3 main Jump Force teams also occupy a certain area of the hub which is nicely themed based on who the leader is, either Goku, Luffy, or Naruto. The hub is moderately sized, allowing you to reach significant points of interest after a few steps but what’s glaring about the hub is how dated it looks. Am I playing a PS2 / PS3 game here? The hub looks so bland and plain! I’ve seen better looking social hubs in mobile games to be honest. And the font used to display the names on top of the avatars? What year is it? It’s extremely disappointing to see this much care, or lack thereof, to a game with possibly good potential. The menus look like something off of MS paint, even the loading screen could have probably been pieced together by college students. I know that Jump Force is all about the fights, but seeing the lack of polish to this aspect of the game is just disappointing to say the least.

There are multiple NPC’s scattered around the hub, each with their own purpose (Leaderboards, Rewards, etc) but an NPC you will be spending a lot of time with will be the Missions NPC, which will give you different types of activities where you can either advance parts of the story, tackle missions that reward you with experience points and gold to purchase those cool looking outfits, and even missions that reward you with abilities if you manage to accomplish it given certain conditions. There’s a pretty varied list in here so in between all the fighting you’ll be doing, make sure to always check with the Missions NPC to obtain those rewards.

Gold is the currency of choice here and with it, you’ll be able to purchase anything and everything you need to pimp your avatar. You’ll start off with very basic threads and a move list that is determined by which team you join (Goku’s, Luffy’s, or Naruto’s) but you’ll soon want more so the Shops NPC is where you’ll be able to find everything to spend your hard earned cash on. From shirts to outfits to accessories, there are a lot of items to choose from but certainly not enough, so I’m expecting a lot of the future costume choices to be available via paid or free dlc. You can also purchase new moves to customize your avatar with so you can technically equip a Kamehameha, Detroit Smash, and Rasengan if that’s your thing.

The biggest “issue” of the game, for me, is definitely the very polarizing creative direction. Unlike Dragonball FighterZ or any of the Naruto games which went full on “anime”, Jump Force took a different route and went with a somewhat realistic looking feel to the game. It’s a love it or hate it sort of thing, and I unfortunately hate it. So much of the charm of these characters was lost during the process and we’re left with stiff characters whose faces look like they’re made of cardboard. The characters and their interactions with each other feel lifeless and while they look accurate and faithful to their anime counterparts, they sure don’t feel that way. It’s a pity, because across all the characters that you can use (40 as of launch and more to come by way of DLC), it should have been a great clash of personalities, except that it isn’t.

The characters in the game cover a good spread of Shonen Jump material, from Naruto to One Piece to My Hero to DBZ, and most of the main characters from these titles are represented in the game. While there are a few notable ones missing like Bakugo or Todoroki, maybe Gintoki to even Sakura and Hinata, they’ll probably be part of the future lineup for DLC’s so we’ll wait for further announcements on that. I definitely want to see more in the coming months, but the launch roster is admittedly pretty healthy, so plus points for that.

The battle system is the main focus of the game since it is a fighting game after all and I’m glad to say that Jump Force got it right for the most part. Battles are fast paced and intense, and if you’re a fan of the anime, then the special moves in game will be something that will get you excited because you’ll be able to relate to each move as it is being thrown by your characters. Heck, it got me shouting “Detroit Smash” when I blasted Goku into bits so that’s something. It’s also kind of cool that you can pull transmission dodges where you appear suddenly behind an opponent to beat the living hell out of him, and you’ll need to get acquainted with the blocking and dodging system really fast because these special moves will whittle your health down faster you can say Jump.

As you may know Jump Force is a 3v3 fighting game BUT do note that all 3 characters share the same hp and ability gauges, which means that matches can be done in a snap. I’m not quite sure what decisions led up to this design but I’m absolutely not a fan of the shared HP bar because it totally kills what little strategy the game has and leaves tagging out as an afterthought. You can choose to tag in your team mates to replace you or use them as support but honestly during my playthrough, I can count the number of times I’ve tagged in my second character with one hand. Having the shared HP bar really did a number on how the fights actually play out and it really leaves much to be desired in terms of depth.

There are also Awakenings (Frieza turning golden, SSGSS Goku, etc) that allow you to output more powerful attacks, and ultimate abilities (Vegeta’s Final Flash or Luffy’s Gear Fourth attack) which deal massive damage if they connect and are some of the flashiest moves you’ll see in the game. Overall the battle system is simple enough to pick up and play but also quite deep enough to allow for some intermediate level play, I can only imagine how much more of that epic feeling it could have had if the look and feel of the game was done ala anime, needless to say I’m thoroughly disappointed but it is what it is. 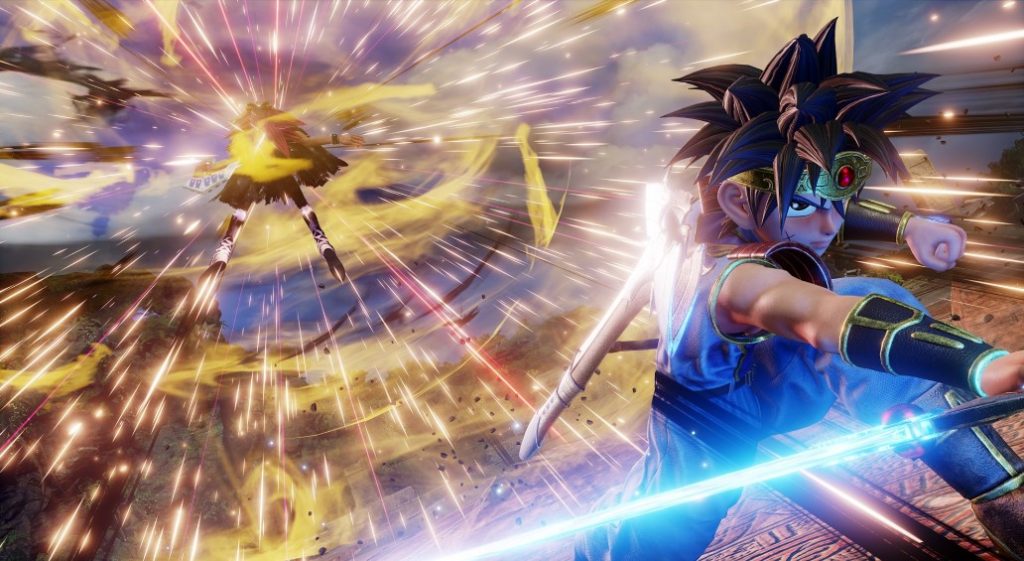 I really wanted to like Jump Force. Turns out, it was something that was better seen rather than played. The social hub looks like it came from a PS2 game, the menu and interface and even the loading screens look boring, and the whole game just felt unfinished and unpolished, like I was playing a beta of some sort. While this is a fighting game at its core and I could appreciate the seemingly deep battle system, there’s just so much of the bad stuff piled up that it really just gets in the way of a decent and fast paced fighter. Slap on Dragonball FighterZ art in here and it would have been perfect, as the realistic art style takes away so much of the “anime” that it should have had. Fans of the shows and Manga portrayed here can overlook the problems and will have a blast but newcomers looking for a good fighting game have a lot of other quality options to choose from.