That anime intro though... 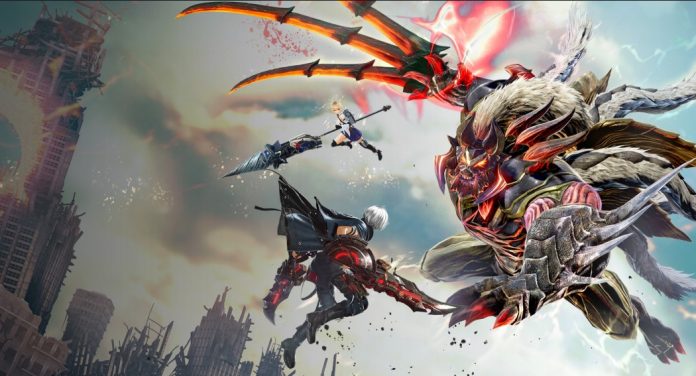 Let’s face it, when you have a game that is a direct competitor of another (highly successful, if I may add), then you are sure to draw comparisons. It is what it is and between Monster Hunter and God Eater, Capcom has been the one winning the battle on that front.

God Eater 3 is the latest entry into the long running franchise which started during the PSP days and while it has not received the immense fame that has been given to MH, GE does have a following of its own that has allowed the series to persist. Fast forward to today and God Eater 3 is releasing across the PS4 and PC platforms, the first time ever that a handheld isn’t going to get some GE love, so let us help you decide whether this is a worthy pick up for you or not!

To start off, if you are a fan of the GE series in the first place, GE3 is a must buy, no questions about it. Everything you’ve come to love about the God Eater series is back in all it’s glory and while the portability is one aspect of these games that makes it such a great game to play, this console only (no handheld release, for now) release is no slouch. If you’ve played any of the previous God Eater games, most especially GE2, then don’t expect a world of difference but don’t let that discourage you from the fact that GE3 is a decent game in its own right.

First off, you’ll get a full controller with multiple buttons at your disposal much like the previous titles. I remembered back in the day when I’d use to struggle playing handheld games due to the lack of buttons that you can map actions into. Ever did the “claw” control mode when playing MH before on the PSP? Yup, I don’t particularly miss that experience. It’s this exact same feeling that got me hooked so much into playing MHW and with GE3 it is no different. Controlling your character is much easier and when the action gets hectic with all the explosions and effects, you really can’t point the blame at crappy controls anymore. Oh and have I mentioned that there is a jump button in the game? You’d be surprised as to how much strategy and mobility a simple button can bring into the game and it really plays well into that anime inspired style which I’ll get to in a bit.

As you would expect based on all the trailers, the action in GE3 is very fast paced, much faster then MHW. Maps are pretty straightforward and it’s almost always a straight line between your starting point and the target monster for that mission, which means you get to hop into the action much faster as well. If you’re looking to play this after your MHW experience, you’ll definitely feel a different sense of pace to the game, which is good or bad depending on your preference. I initially thought MHW was too slow for my style of play but I eventually got used to it and saw how being deliberate and thoughtful was the beauty of MHW.

In GE3, think of it as anime MHW, where everything is much faster and much more flashy. Your character can dash to and away from enemies and armed with weapons that are twice the size of your body, expect big explosions and big damage. You can also switch up your melee weapon into a ranged weapon with the tap of a button that will allow you to load up custom ammunition to further diversify your style of play. My only real complaint is that no matter the weapon I bring into battle, I really didn’t feel that “oomph” as I swung repeatedly at the monsters, or Aragami as they are referred to. There was certainly a disconnect between how it looked in game and how it felt to the player, and that was a big downer for me. Add to that some old graphics that might look like they’re from a PS3 game and you get yourself something that feels out of this generation which is sad because some of the Aragami designs in GE3 are actually superb and well thought of.

What gives the game immense replay value though is the crafting of weapons to suit your playstyle. There are multiple weapons you can choose from in game, from the basic knife and blade, to the more strategic hammers and halberds. Each of these weapons will vary your playstyle dramatically but will offer new moves and specialties as well depending on what you choose – Knife and Twin Blades attack super fast but deal minimal damage compared to the per swing damage that a hammer or a claymore can do. These are just the weapon categories and each weapon type has tons of different variations you can choose from. Having a tough time with a certain Aragami that is weak to water? Craft the weapon of choice under the water “tree”. Similar to MHW, each weapon type has multiple trees that you can choose from to bring into battle, each having their own advantages depending on the monster to be slain.

For the uninitiated, God Eater may prove to be a bit overwhelming. While it is easier to pick up and play God Eater 3 over MHW, it does not change the fact that after a few missions in, you’re left to discover pretty much everything by yourself. It does a great job at introducing the basic controls with the first few missions but after your “prison break”, the tutorial mode just goes to s*** and you’re left to learn all about weapon trees and skills all by yourself. To be fair, MHW is pretty much the same thing but it just had so many quality of life upgrades that you really didn’t mind the steep learning curve at all. In GE3, I felt that even the menu was not in my favor as I found it clunky and could use some work. Ok I lied, it could use a LOT of work. I think I spent so much time browsing through menus and sub menus just to find exactly what I was looking for and it gets frustrating over time.

Overall, God Eater 3 was something I honestly wanted to like but didn’t get around to doing, which was weird because everything about the game was something I expected to like, especially the anime style graphics and the fast paced action. Surprisingly, it really didn’t hook me as much as I thought it would have, maybe because it felt like there was less polish to it which only goes to show that all the little quality of life improvements that MHW did really worked out to get new players to enjoy the game while retaining the old fanbase. It also feels TOO SIMILAR to MHW without any real differentiating factor apart from devouring an Aragami and the Jump function, which makes the game feel uninspired. That said, God Eater 3 is still a fairly decent game but still has a long way to go in order to be and beat the current king which is MHW. 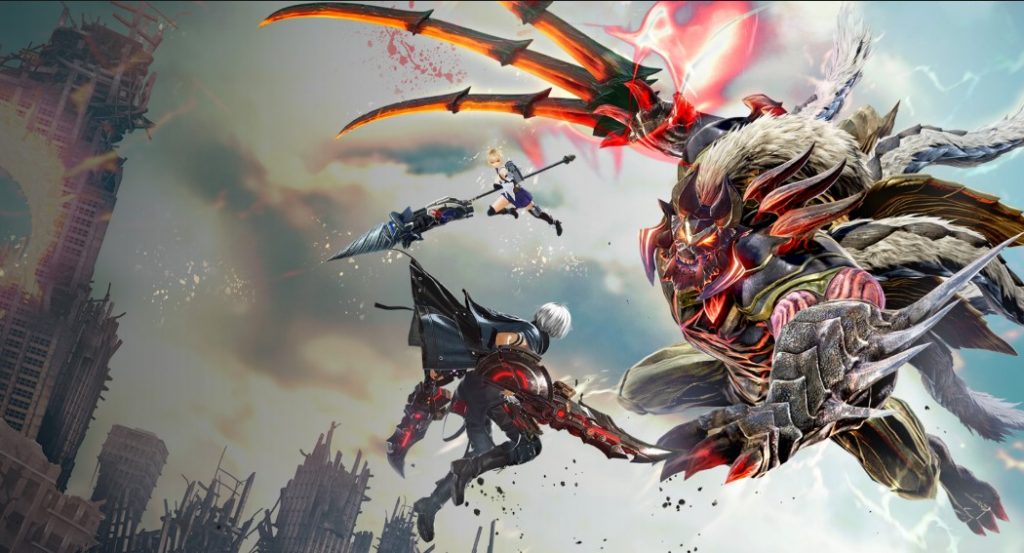 It’s honestly really hard to step into another Monster Hunter World-like game after experiencing MHW, because of the overall quality and polish that it provided. Effective user interface, top notch graphics, and the feel of battling epic monsters defined MHW and these items are not quite on that level for God Eater 3. While the anime-ish graphics and the fast paced battles are definitely the high points in the game, God Eater 3 ultimately falls short of possibly converting first timers of the monster hunting game genre into trying it out unlike what MHW did. If you love this sort of game, GE3 is definitely worth a look but just don’t expect the same quality of life upgrades and polish that you’ve experienced in MHW. I did spend more time in GE3’s character customization though because anime ladies so that’s definitely a big plus.