That's a LOT of BANG of your Buck 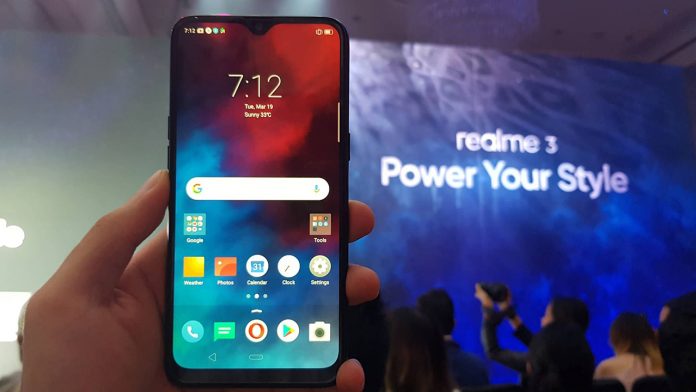 It’s finally here! The Realme 3 has just been officially launched here in the Philippines and it’s definitely something worth celebrating about as it puts a LOT of awesome features into the product while STILL having an amazingly affordable price tag! Let’s check out some top-line details as we give our first impressions below. 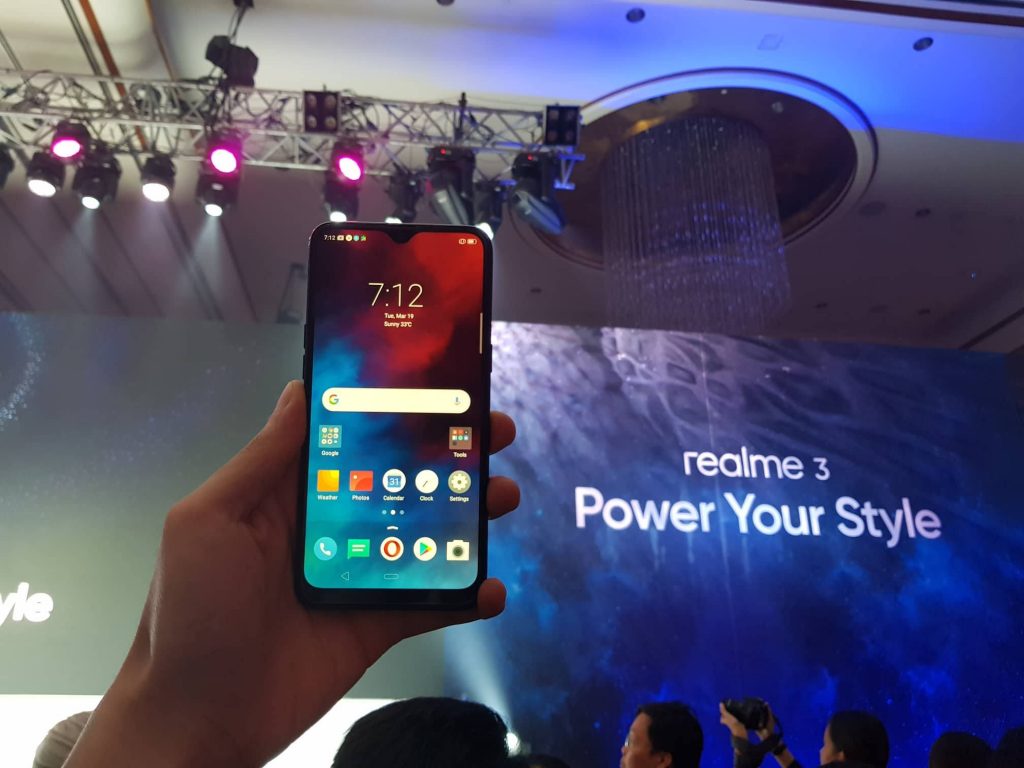 Let’s start with the phone’s overall look and aesthetic. The Realme 3 looks quite sleek. The variant we had was the black one which had a very classy appeal. The body is made from plastic but, because of the glossy finish, you’d be forgiven for thinking that the phone was made of glass. Comfy to hold but I did get the sense that it felt kind of slippery. It’s a bit of a fingerprint magnet as well but this is definitely solvable by just slapping on the case it comes with. 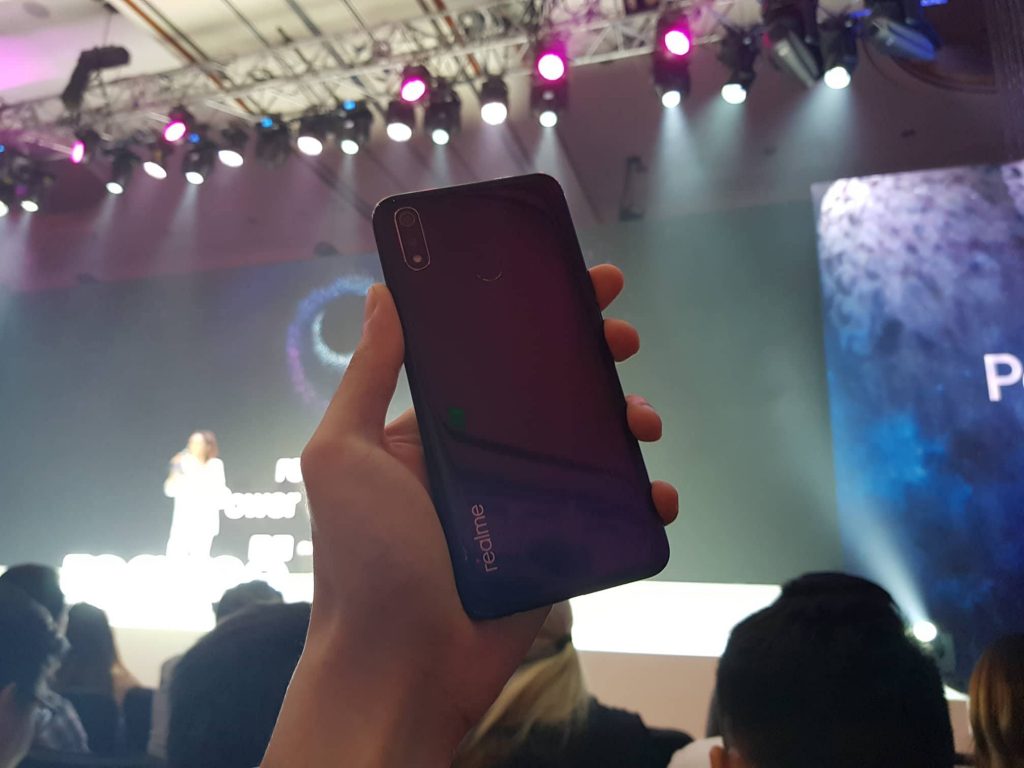 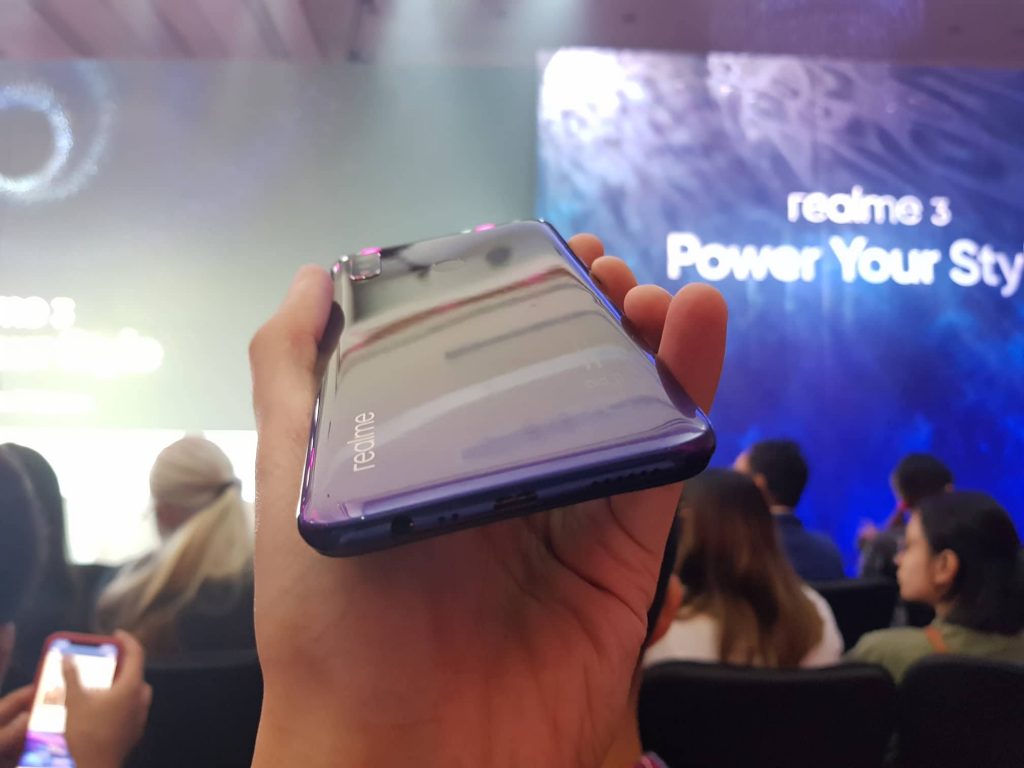 At the bottom, you have a micro USB port, speakers, and a 3.5mm audio jack. Quickly going over these features, sound quality / loudness from the speakers was surprisingly good especially if you consider the price of the Realme 3 (we’ll get into that in a bit). The audio you get when you plug into the 3.5mm jack though is another story. I felt that it wasn’t as good as I’d want it to be and I did detect some audio distortions but, to be fair, nothing too terrible. As for the micro USB charger, I did feel that charging was a bit on the slow side. I got a little bit below 50% charge after 1 hour’s worth of charging. 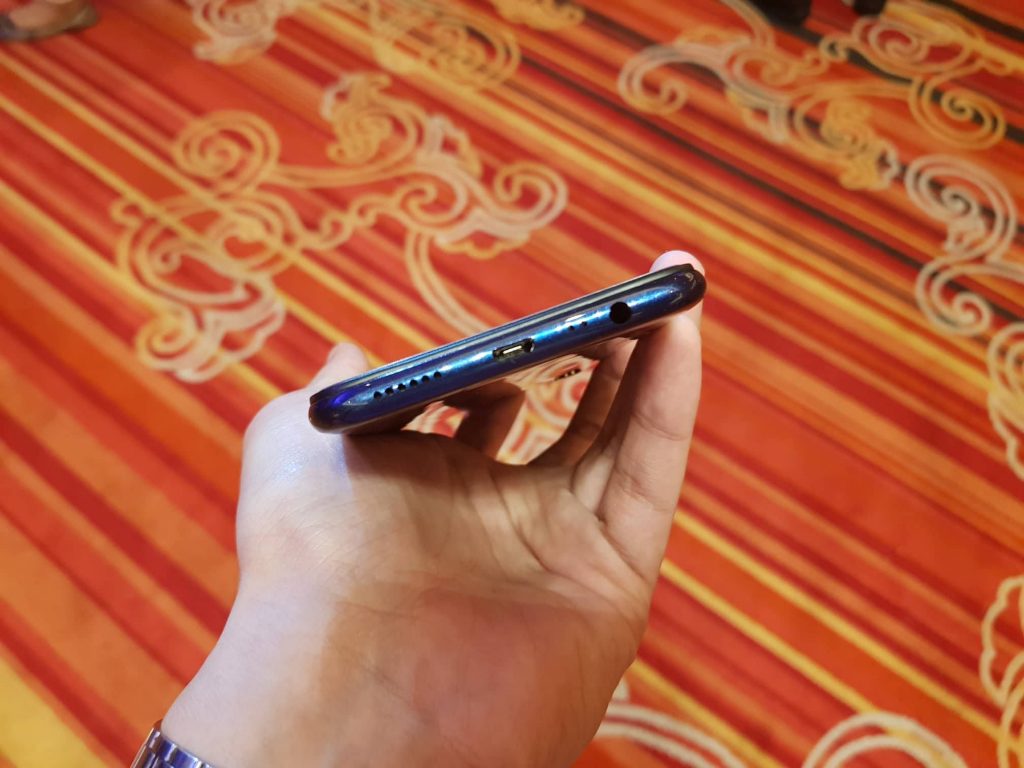 Over on the side of the phone, you have your sim tray with expandable storage. The tray features 3 separate slots – 2 sim slots and 1 dedicated micro SD slot.

Let’s head on over to the face of the Realme 3. Over here you have a 6.28″ HD + IPS LCD screen with a 19:9 aspect ratio. You will notice though that you are only dealing with a 720p resolution. The notch for the camera is also great as the Realme 3 takes this less intrusive design that’s circular and takes up less space. As for the display itself, it definitely is good in terms of sharpness and color but the maximum brightness, while not exactly bad, wasn’t as bright as I’d want it to be. 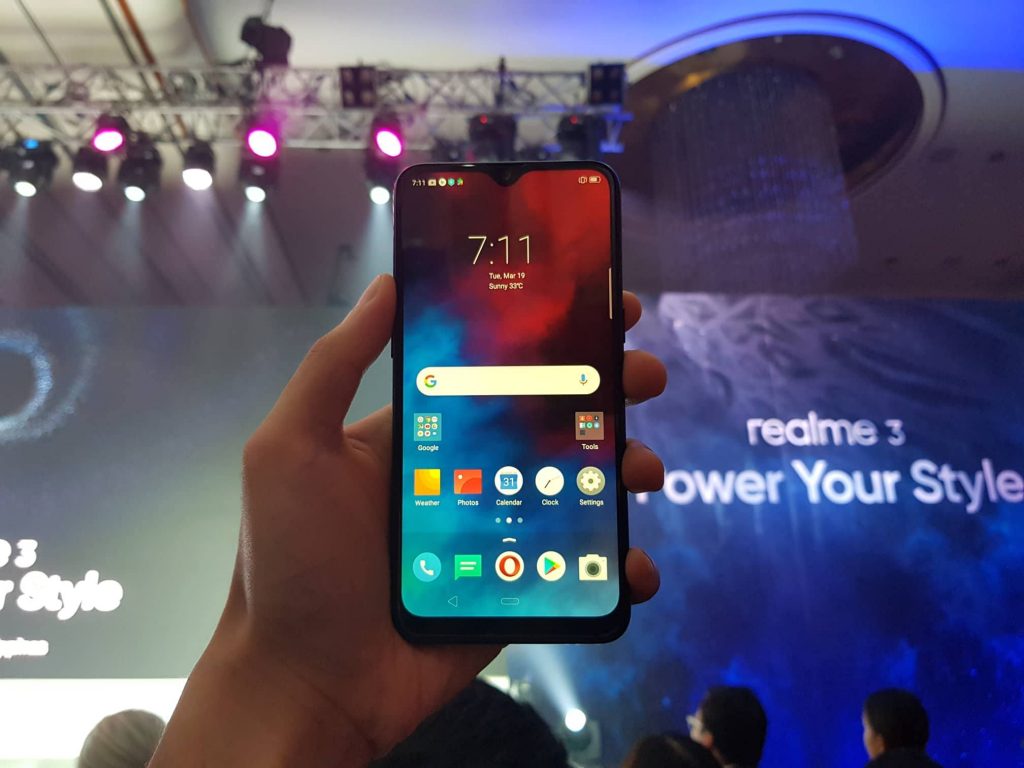 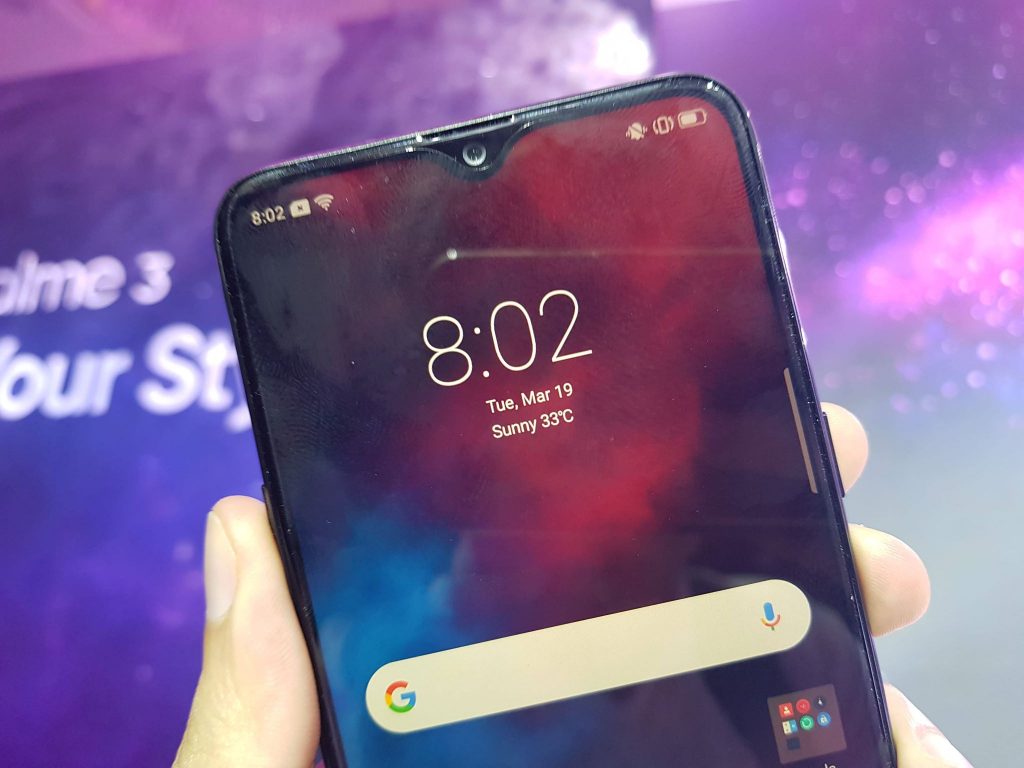 Time for a look at the features. The Realme 3 sports a User Interface that’s akin to that of a stock android since you have an app drawer this time. On-screen navigation features the 2 button style that the Google Pixel has.

And then you have the camera, which was quite impressive. This baby has a 13mp rear camera + a 2mp depth sensor. We tried it out with good lighting and got really great shots when it comes to sharpness, detail, and color. The Realme 3 also has the Chroma boost which is easy-to-use AND will net you even better colors for your pic… but does trade off some of the finer details of the shot. Portrait shots are also come out quite well. We also tried the camera at night and got really good results despite some image noise. HDR and Chroma Boost are good options to take as well for Night Shots. There is indeed a Nightscape mode which was specifically designed for low light but I found that there are times that taking HDR / Chroma Boosted night shots was better than using Nightscape. For videos, you can take up to 1080p / 30fps. As for the front camera, you also have a 13mp selfie camera that will still ensure your selfie game stays lit AF. 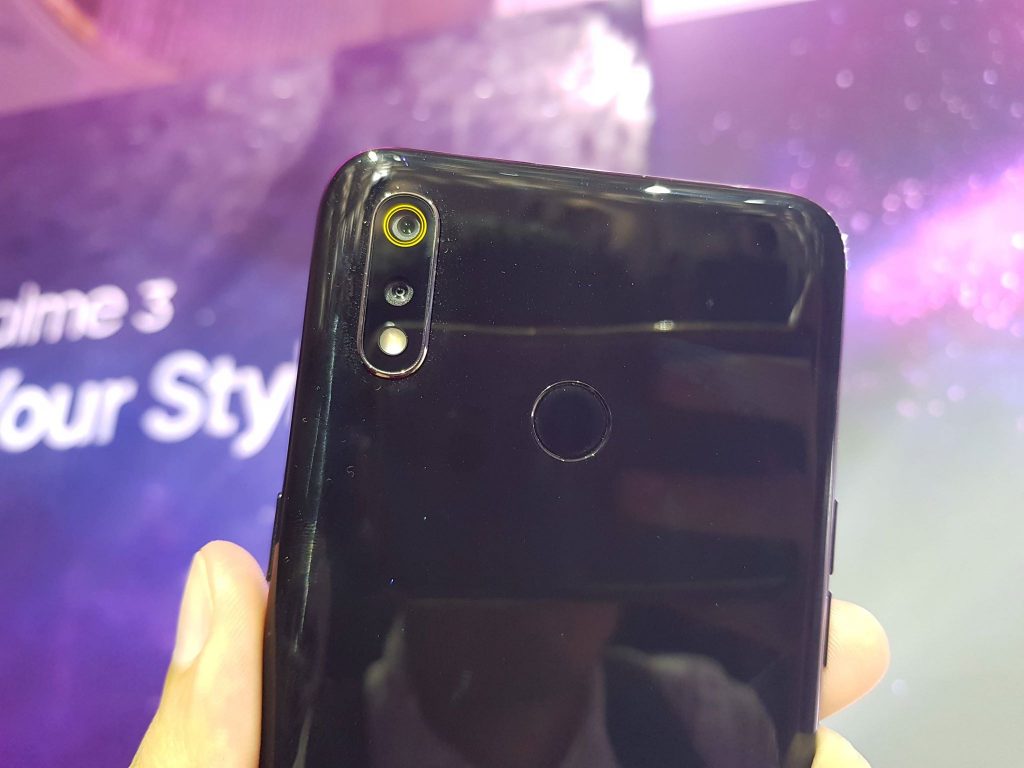 Bottom-line is this phone has SO MUCH GOING FOR IT especially for how low it’s priced. The Realme 3 is available in the following variants:

Stay tuned for a more in-depth review and additional deets on the Realme 3 which we have lined-up for you in the future!