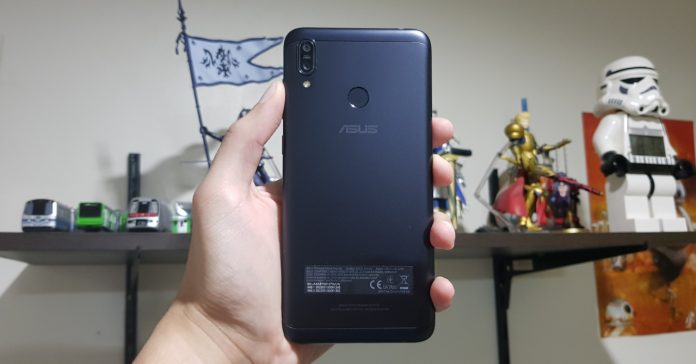 Released last January, the ZenFone Max M2 is ASUS’ latest budget offering from the Max line, and it again packs good specs and a big battery for a low price. While it may not have as much bells and whistles as its big brother, the ZenFone Max Pro M2, this non-Pro version still seems like a great phone on paper. 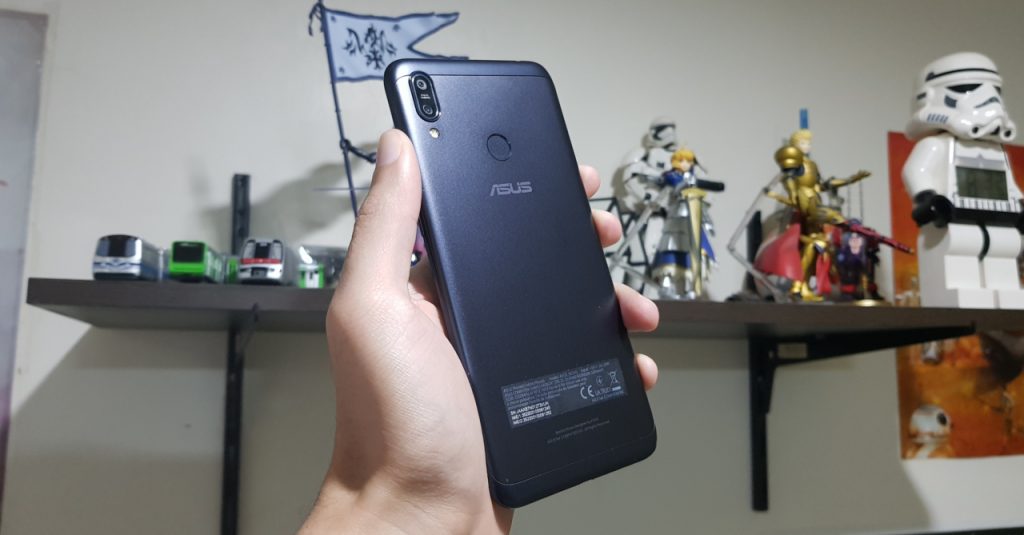 How does it hold up in actual use though? We find out in our full review of the ASUS ZenFone Max M2! 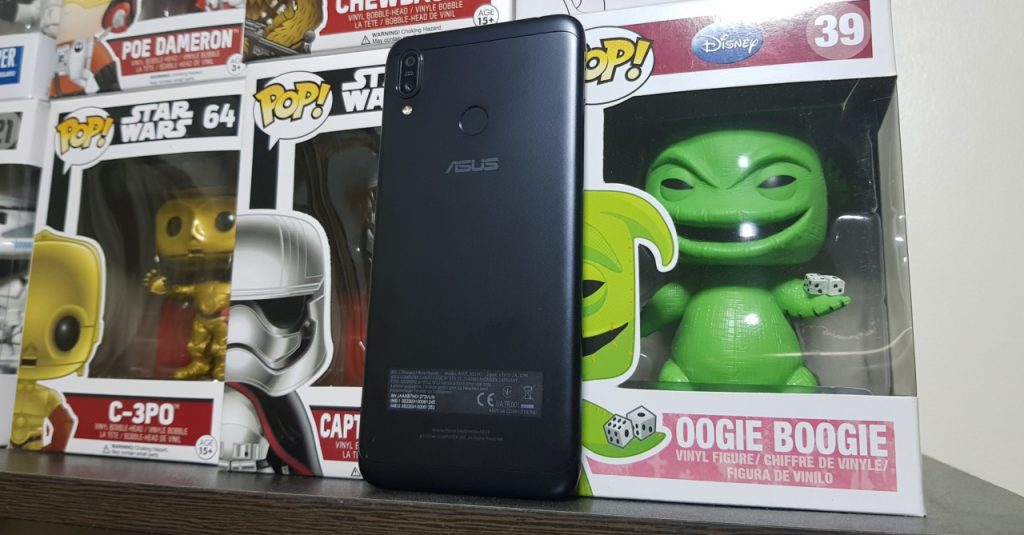 Unlike the Max Pro M2, the base M2 has a more understated matte finish that’s kinda similar to the Max M1 series. While it may not be as eye-catching as the Pro, it’s still a smartphone with a nice look and feel that doesn’t feel too cheap. The matte finish also helps the phone feel grippy, helpful for long gaming sessions; not to mention that it’s not a fingerprint magnet. 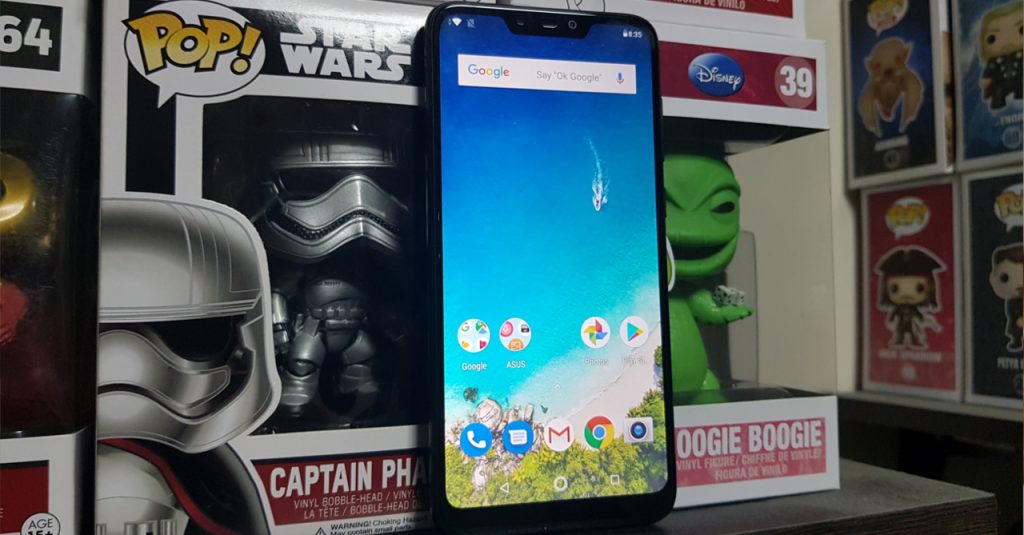 At the front, the Max M2 has the same notched design as a lot of budget and midrange smartphone out right now (including the Pro M2). The biggest difference compared to the Pro M2 is that it has a slightly bigger notch, this is to make way for the LED notification light. It won’t win over users who dislike display notches, but the Max M2 overall has a good (if a bit plain) design looks-wise. 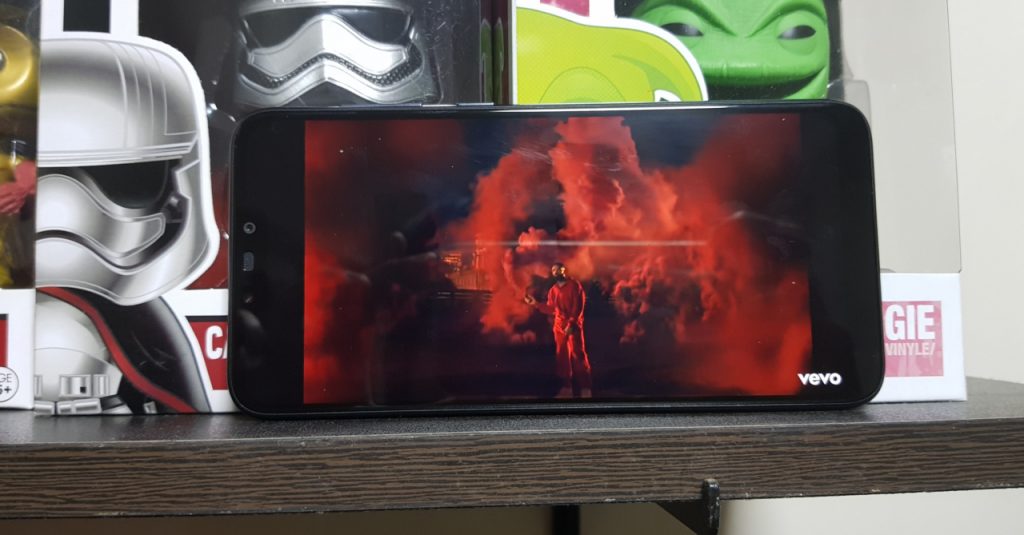 The Max M2 comes with a large 6.3-inch display that only has a 720 x 1520 resolution. Because of this, the phone isn’t exactly the best for binge-watching. Sure colors reproduction is nice, but you will notice the lack of resolution when watching movies/tv shows. Not that it’s a bad display, it’s just a bit too low-res for my liking.

As for sound, the phone’s onboard speakers are decent, though you should expect some distortion at max volume. If you do plan on binge-watching movies/series on this phone, headphones are recommended. 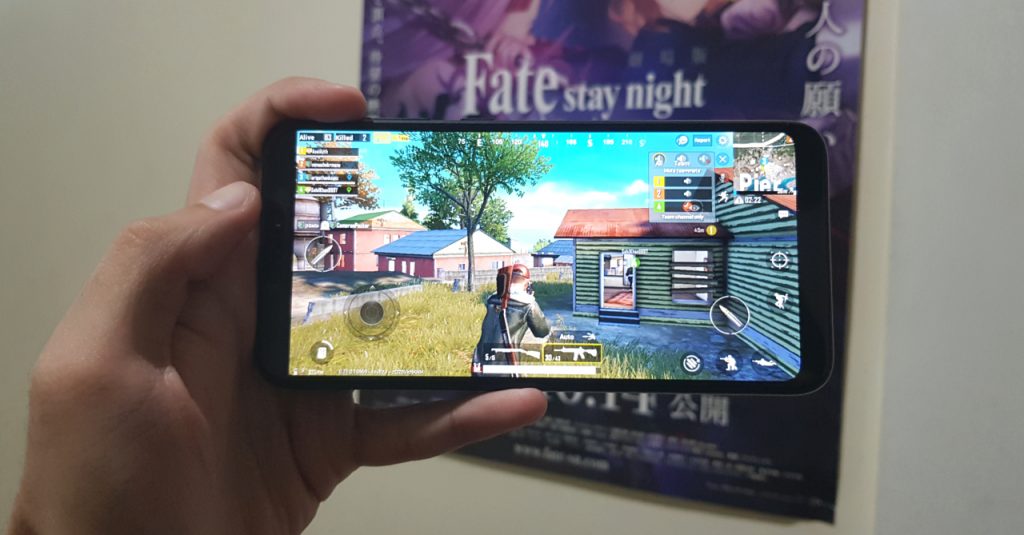 While it may not be the best for videos, the Max M2 did pretty well in gaming. The phone’s Snapdragon 632 is plenty capable of playing our usual mobile games of choice such as Mobile Legends, PUBG Mobile, Fate/Grand Order, and many more. Just don’t put more demanding games at the highest settings of course.

Speaking of settings, PUBG Mobile defaulted to the low graphics setting when first booted. Though when I played it at medium settings, the game still ran smoothly. I recommend playing around with the settings when you play on this phone as it’s plenty capable of more than just low graphics settings. 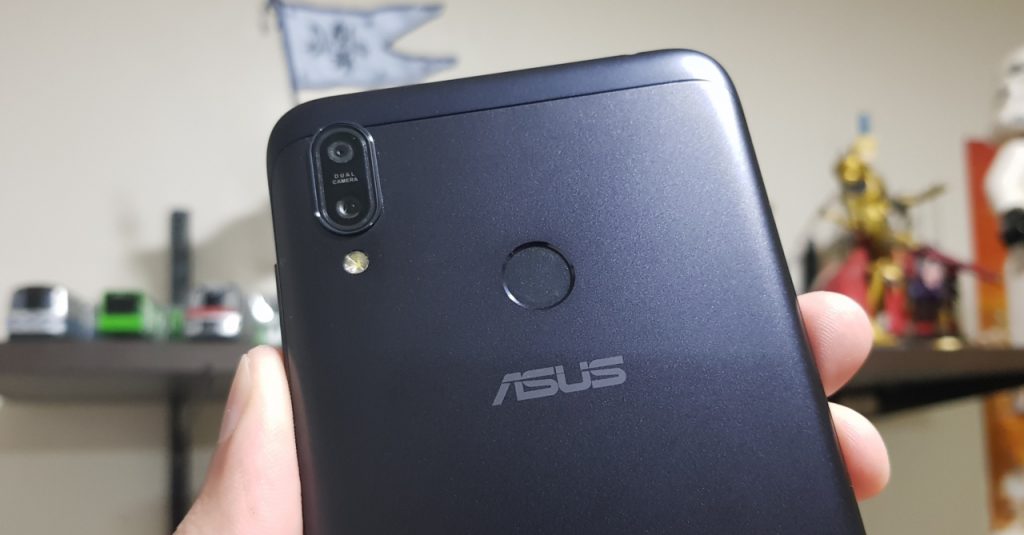 Much like the Pro M2, the ZenFone M2 has a dual camera setup. The M2’s main camera has a slightly higher megapixel count though, with the phone having a 13 MP + 2 MP depth sensor setup (compared to the 12 MP + 5 MP on the Pro version). Of course, more megapixels doesn’t always mean a better camera.

As with almost every phone camera out right now, the M2 performs well in the outdoors with lots of natural light. In these situations, the Max M2 produces sufficiently detailed photos with decent color reproduction.

The M2’s peformance leaves a lot to be desired in lower light conditions though, whether indoors or outdoors. Shots in these scenarios tend to lack in detail, especially when zoomed in. Though you’d be hard-pressed to find a smartphone with great night photography capabilities at this price point, so the Max M2 still performs decently well overall. Plus, image quality of M2 photos isn’t a big step down over the Pro. 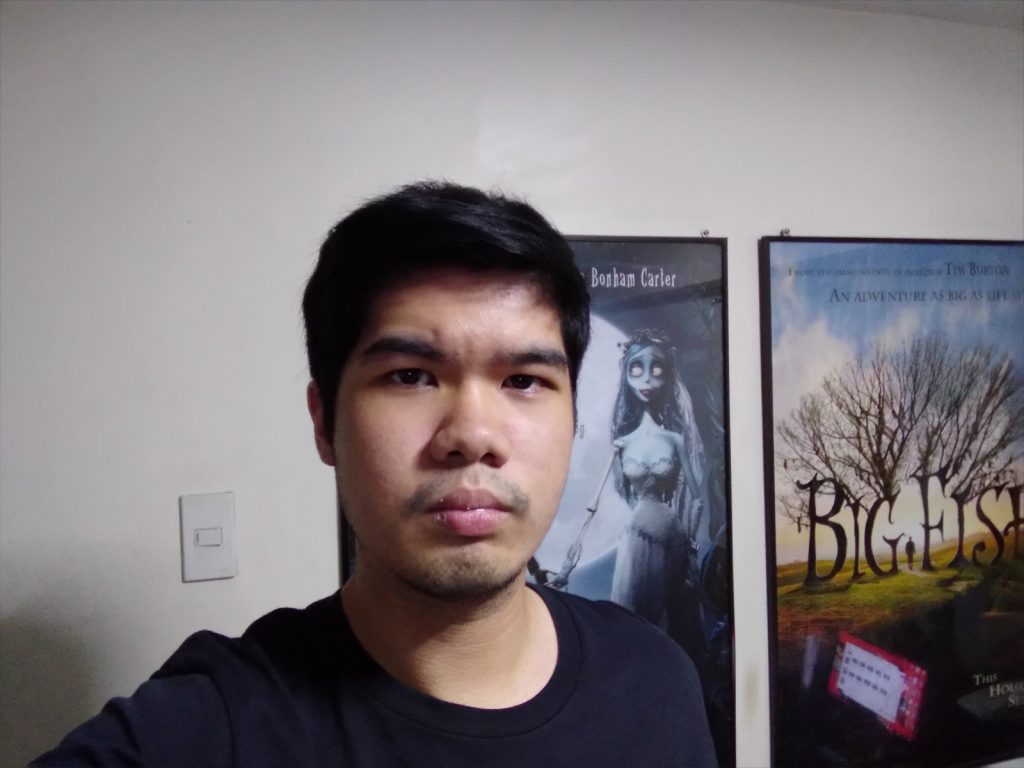 While the rear camera performance isn’t too far off the Pro variant, selfies aren’t as detailed with the M2. Front-camera images are still decent for social media, but it’s a step down over the Pro M2’s selfie performance. 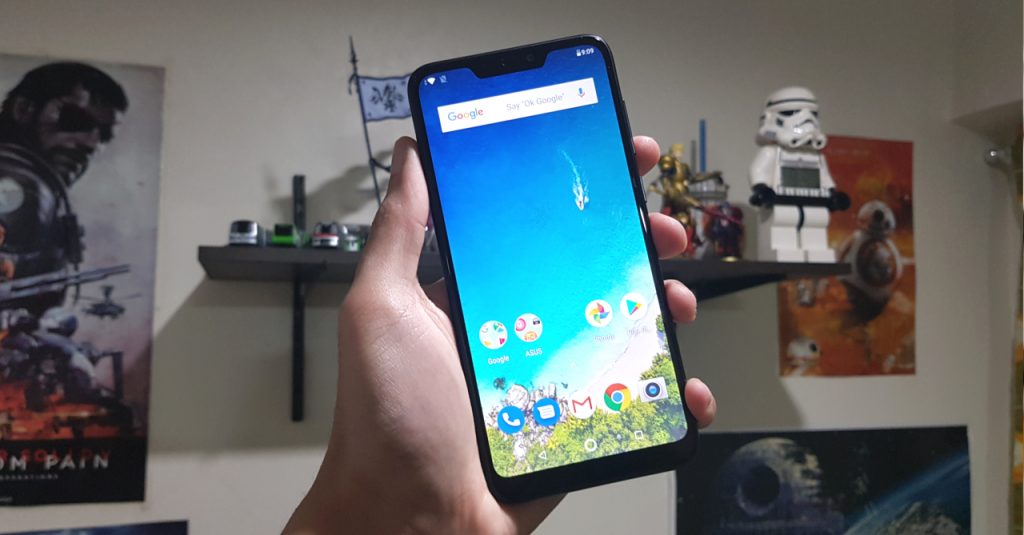 Much like ASUS’ recent ZenFone Max releases, the M2 shines in day-to-day use. Thanks to its Snapdragon 632 processor and 3 GB of RAM, the phone didn’t slow down at all during my time with it. Another thing that probably helped make the M2 smooth to use is its OS as the phone runs on a  stock version Android 8.1 Oreo that’s free from bloatware.

Now as for battery life, the ZenFone Max M2 is deserving of its “Battery King” moniker. While it has a smaller battery than the Pro (4000mAh vs. 5000mAh), the M2 still lasted for 2 days of moderate to heavy use. Of course, you can drain it much faster if you really use it heavily, but you can still expect it to last a day or more.

Similar to the Pro, the M2 only has a microUSB port instead of Type-C. But at its pricepoint, a microUSB is acceptable. 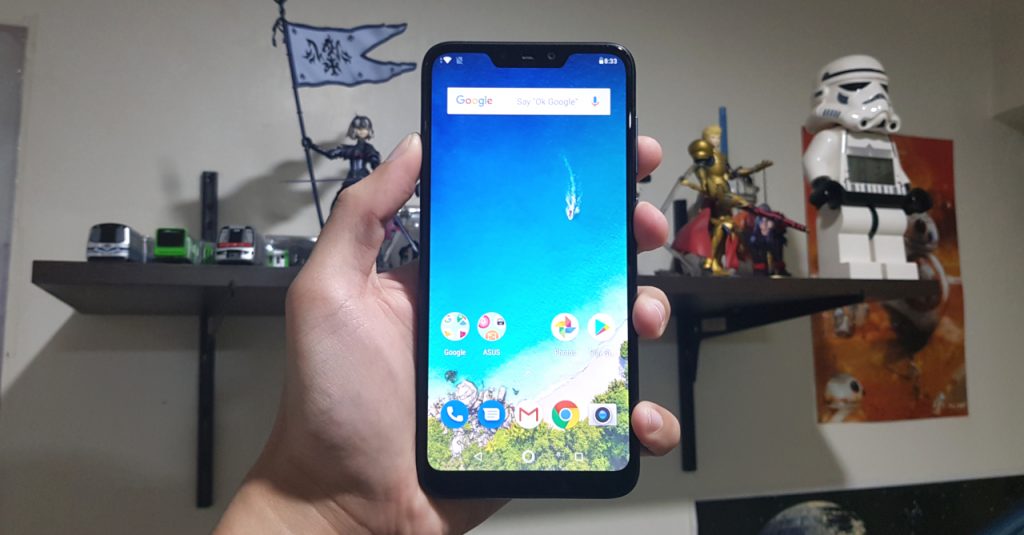 As I mentioned earlier, the ZenFone Max M2 is a great phone on paper. After some time actually using it, I can confirm that it is a great budget phone, especially for users looking for a long-lasting smartphone which can play games. While it won’t play hardware-intensive mobile games at max settings, it can still play almost every game out right now on medium. Plus, you won’t have to bring a power bank with you, even if you plan on gaming a lot.

Now it’s not a perfect phone though as it won’t satisfy users looking for a great smartphone camera. That’s not to say it’s bad though, it’s camera performance is just not exceptional. Also, the display is only 720p, and the low resolution is rather noticeable given its size.

Overall though, the ZenFone Max M2 is still a great deal, especially if you’re on the lookout for a sub-10k phone that doesn’t compromise on performance. Though if you have a bit more cash to spend, the Max Pro M2 is a much better version of the M2; just be ready to spend PHP 4k more.

Geek Lifestyle Review: ZenFone Max M2ASUS' latest budget smartphone is a good option, especially at its price of less than PHP 10k. While it may not have the best display and camera, its good gaming performance and long-lasting battery more than makes up for the shortcomings.