Here are the hottest video games coming out this month

March is one loaded month for gaming! 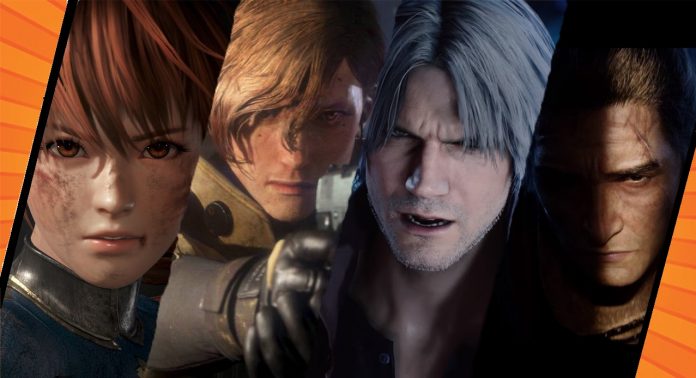 Summer is fast approaching, and while getting some fun under the sun is great and all, sometimes it’s just too hot go outside. Good thing March is bringing lots of awesome titles that’ll sure to keep you company! From the hottest fighters of Dead or Alive 6, the hype of Devil May Cry 5, and the brutal Sekiro, here is a quick list of March game releases to watch out for:

Dead or Alive 6 is the latest entry in the long-running fighting game series developed by Team Ninja. The sixth entry includes tons of new features such as slow-motion, visible damage to the fighters, and improved effects. It also has a new costume customization mode so players can look good while launching a flurry of punches.

Square Enix’s upcoming shooter Left Alive is set in the same universe of Front Mission. This survival action game challenges players to manage their resources as they take on the massive hordes of enemies and mechs, all while trying to fulfill each of the three main characters’ goals.

Since it’s reveal, fans of Capcom’s action game series have been riding the hype train for Devil May Cry 5. After all, who isn’t excited to play as the legendary demon hunters  Dante and Nero; plus, players will also get to play as the newcomer V. The fifth game also tie-ins to the game’s story line from the novels/anime, and it will have promising new features such as online co-op gameplay.

Fans of One Piece can now join Luffy on his quest to becoming the King of the Pirates in One Piece: World Seeker, an action-adventure game with open world mechanics.

Finally, FromSoftware’s latest game — Sekiro: Shadows Die Twice, will arrive later this month. While it may be quite a departure from the Souls series. Sekiro focuses more on stealth and precise combat and is set during the warring period of feudal japan. And of course, Sekiro will definitely be an extremely tough game!

Are those titles not enough? Here’s a couple of other games releasing this month that might pique your interest: