OreGairu is finally getting a third season

We can't wait to see more of Hachiman and the rest of the cast! 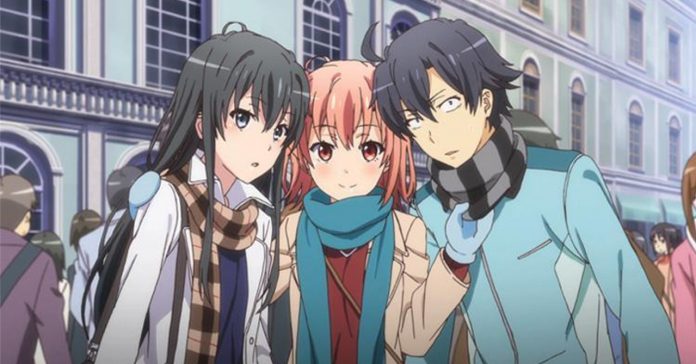 It’s been over three years since the second season of OreGairu (Yahari Ore no Seishun Rabukome wa Machigatteiru) aired, and since it ended on a cliffhanger, fans have been eagerly awaiting the series’ third season (including myself). Finally, OreGairu fans won’t have to wait much longer as season 3 of the series has recently been confirmed!

The return of the series was announced recently in a Japanese newsprint here:

In case you aren’t familiar with the series, OreGairu is a romance anime series based on the light novel series of the same name written by Wataru Watari. The series is described by MyAnimeList as:

“Hachiman Hikigaya is an apathetic high school student with narcissistic and semi-nihilistic tendencies. He firmly believes that joyful youth is nothing but a farce, and everyone who says otherwise is just lying to themselves.

In a novel punishment for writing an essay mocking modern social relationships, Hachiman’s teacher forces him to join the Volunteer Service Club, a club that aims to extend a helping hand to any student who seeks their support in achieving their goals. With the only other club member being the beautiful ice queen Yukino Yukinoshita, Hachiman finds himself on the front line of other people’s problems—a place he never dreamed he would be. As Hachiman and Yukino use their wits to solve many students’ problems, will Hachiman’s rotten view of society prove to be a hindrance or a tool he can use to his advantage?”

While the third season of the anime is confirmed, there’s no word yet on when it will air. Here’s hoping it airs this 2019!

Story via The Nerd Mag.