And it was an all-Pinoy Grand Finals to boot! 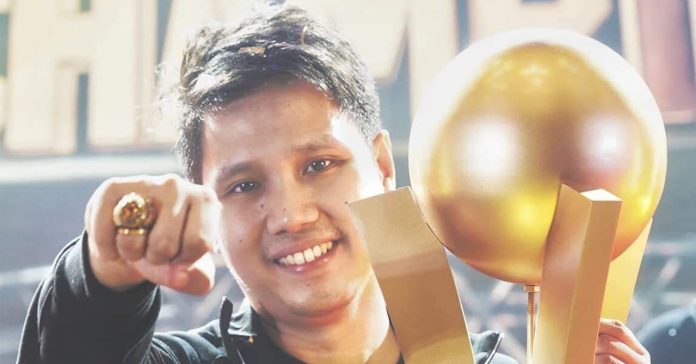 After a day filled with exciting (virtual) basketball action, the PH’s own Rial ‘PBE_Rial‘ Polog Jr. won the championship at the NBA 2K19 Asia Tournament Finals last March 2 at the Trinoma Activity Center. To take home the trophy, Rial faced off against seven of the best NBA 2K players in Asia, including teammate Clark ‘PBE_Clark‘ Banzon in an all-Pinoy Grand Finals.

The day started with the round-robin stage where the eight finalists faced-off against each other to determine the four players that will advance to the semifinals. By the end of the first stage, Rial and Clark made it through along with Hong Kong’s Lee Chun Yin and South Korea’s Lee Myung Hae.

Rial and Clark made quick work of their opponents to meet in the Grand Finals. Unlike the semifinals matches, the Finals was a nail-biter! The game was close throughout and it even went to double overtime. In the end though, it was Rial that claimed the victory with a final score of 97-93.

Congratulations, PBE|Rial!Show them what PH talent is all about. #PlayBookEsports#TheDreamIsRial

PBE_Rial’s victory also earned him a cool USD 6,000 in cash prize. Fans who follow the NBA 2K scene probably won’t be too surprised with his win though, especially as he has been on a tear recently. Rial is actually the first Filipino NBA 2K player to be invited to the NBA 2K League draft.

Now as for PBE_Clark, his performance is also worthy of praise, especially given that his participation in the Asia Tournament Finals was a last minute decision. Supposedly, Rial was set to compete alongside teammate and defending champion ‘PBE_Philippe‘ Alcaraz Herrero IV, though Philippe was unable to participate in the tournament.

- Advertisement -
Previous article
ASUS has more awesome deals in store for you at the Shopee 3.3 Sale
Next article
Horizon Zero Dawn has now sold over 10 million copies worldwide