We recently took the new RTX-powered Zephyrus S for a spin! 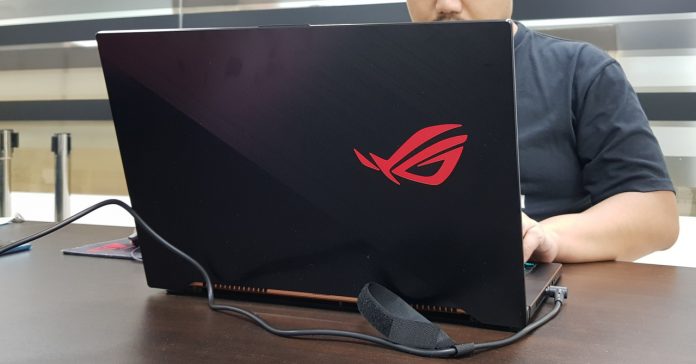 Just a few days ago, ASUS invited us to try out the exciting new addition to the ultra-slim Zephryus line — the ROG Zephyrus GX701 gaming laptop. What’s special about it is even with its slim form factor, it manages to fit a 17-inch display, not to mention that it’s equipped with an NVIDIA RTX graphics card. 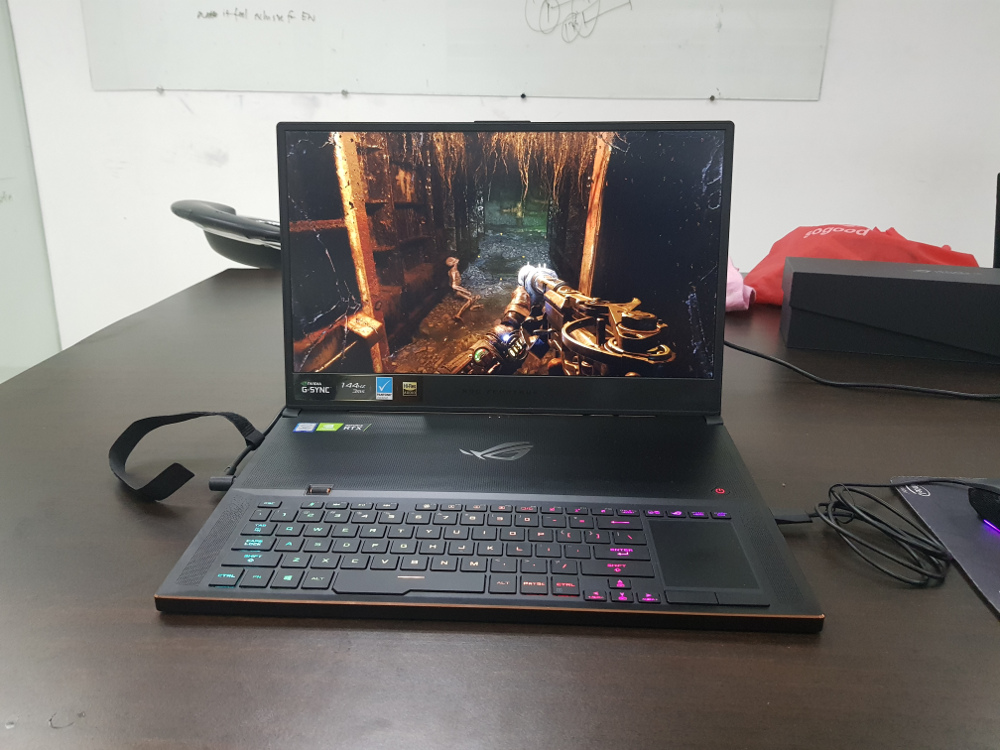 The previous Zephyrus S had a smaller 15.6-inch display as well as a GTX 10-series video card. In comparison, the GX701 is a major upgrade, though it does retain some design elements of its predecessor such as the keyboard and trackpad layout. 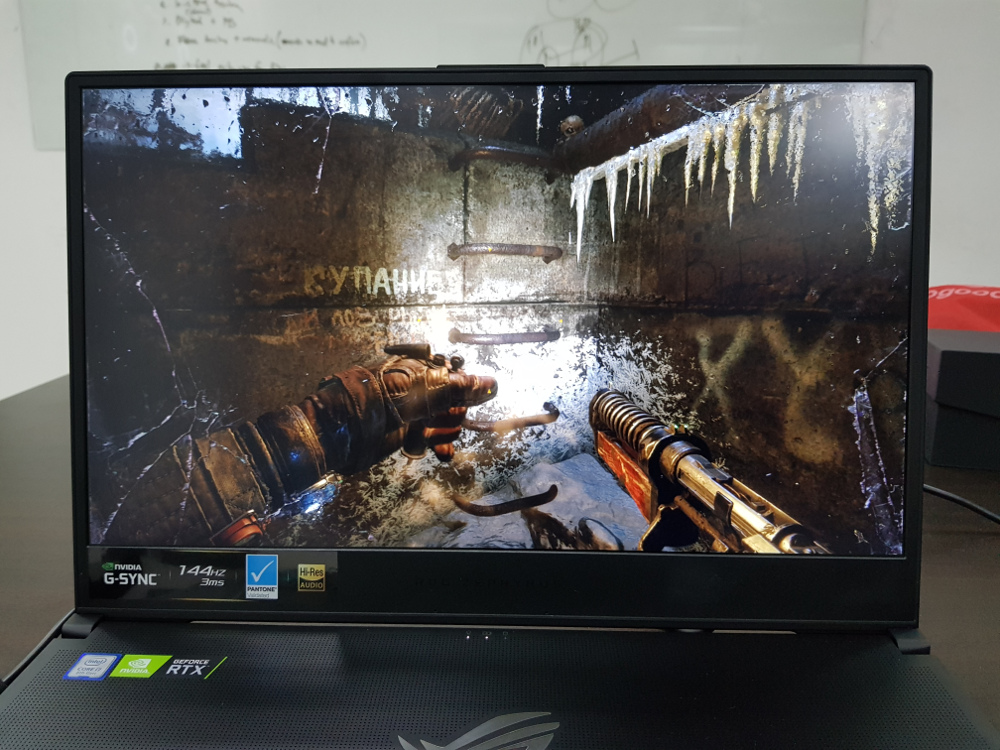 The new Zephyrus S’ display isn’t just great because of its size, it’s also a mighty fine screen thanks to its 144Hz refresh rate, 3 ms response time, and Pantone validation (for accurate color reproduction). There’s also the fact that the display is G-SYNC compatible, meaning gamers will have a tear-free experience on this laptop. 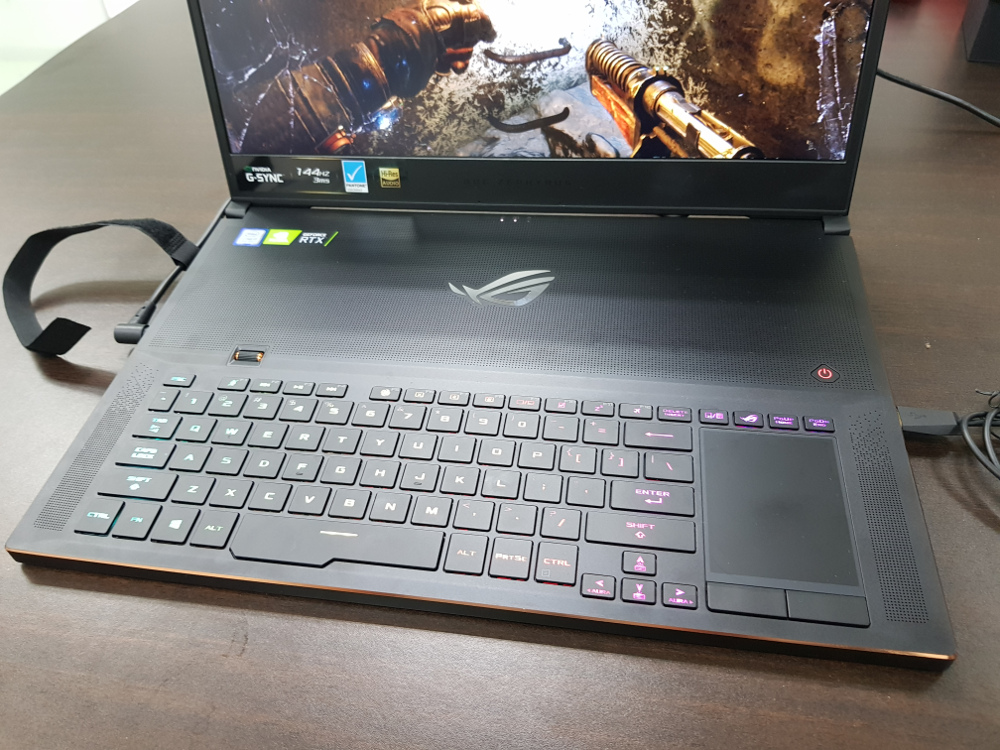 Moving on to the keyboard, the Zephyrus S comes with fully-programmable RGB keys, as well as a trackpad on the right side. One curious inclusion in the GX701 is the physical volume rocker located at the top-left side of the keyboard.

The two USB Type-C ports is a welcome addition as the GX701 supports ASUS’ Type-C power adapter along with the ZenPower Pro PD power bank. 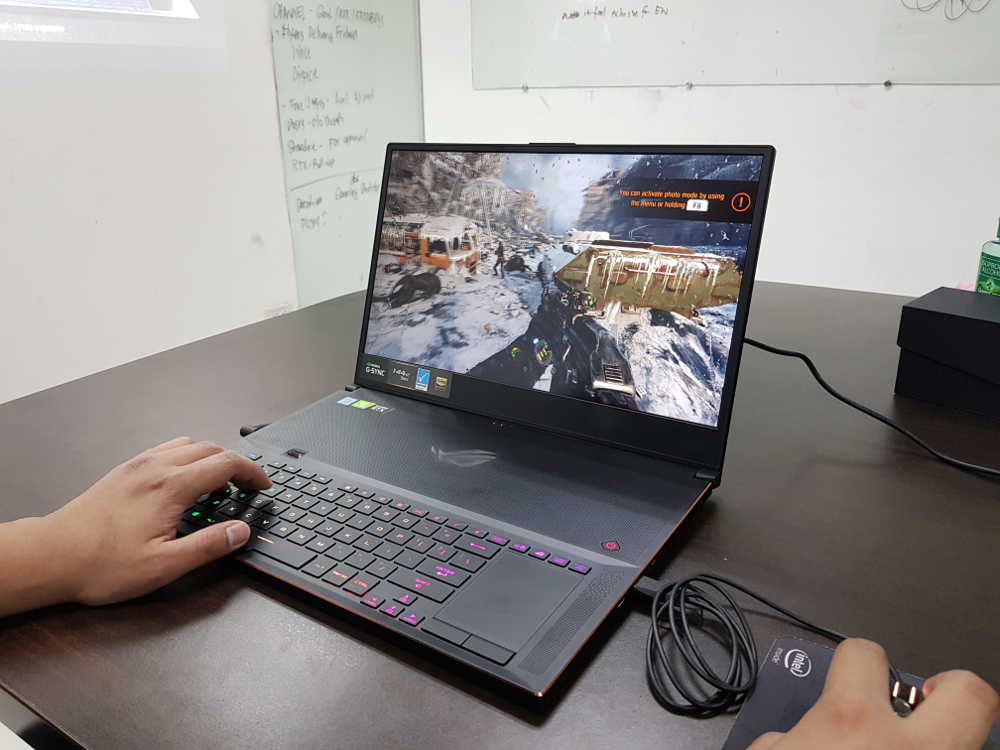 Now for some actual gaming. The Zephyrus S model we played around with came equipped with an Intel Core i7-8750H CPU and an NVIDIA RTX 2080 GPU (it’s also available in a 2060 configuration). As expected with these specs, the GX701 handled demanding games we threw at it such as Metro: Exodus. Thanks to its beefy hardware and great display, playing Metro was a joy on the Zephyrus S.

The only real cause for concern during our run with the Zephyrus S is that it got hot while playing; not in the keyboard area mind you, only at the top part. Thankfully the sides were kept cool thanks to the ‘ErgoLift’ hinge design that raises the laptop for better cooling. Still though, we hope that this won’t cause the keyboard to heat up in longer gaming sessions. 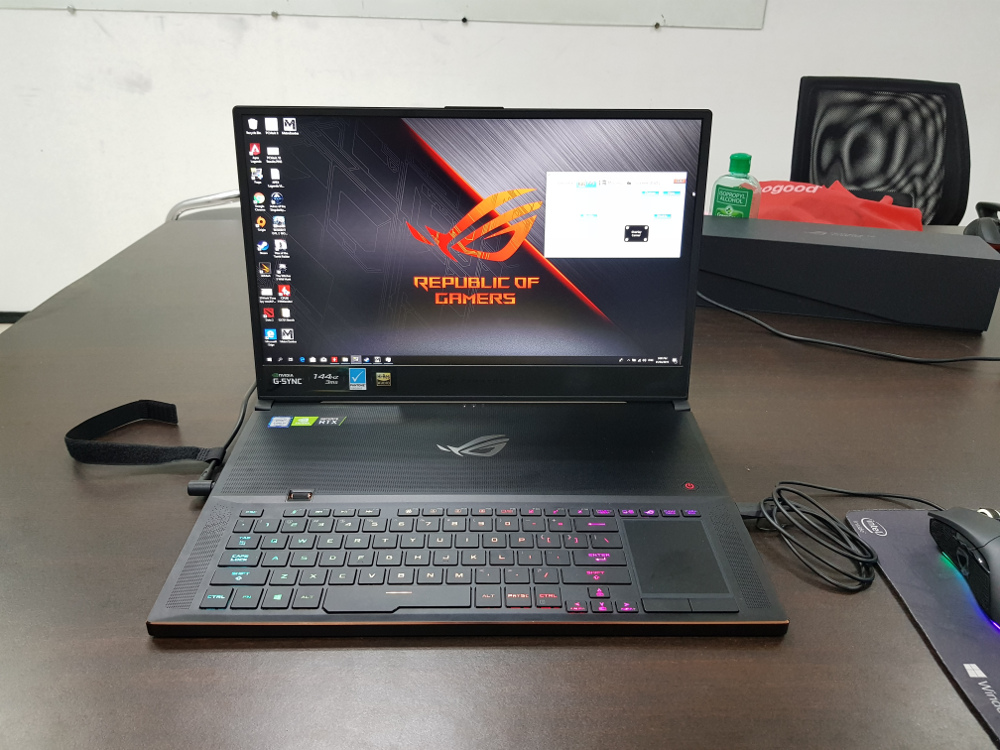 Overall, the Zephyrus S is shaping up to be an excellent gaming laptop. With its powerful specs and great display, the GX701 might just be the the laptop to beat for gamers looking for great performance in an ultra-slim package. Here’s hoping that it getting hot won’t be too much of an issue in marathon game sessions.

As a special offer, ASUS is also bundling an ROG backpack along with an ROG Gladius II gaming mouse for every purchase of the new Zephyrus S. Best of all, buyers of the RTX 2080 model will get a free gaming chair as well!

- Advertisement -
Previous article
The Realme 3 is getting another massive discount on Shopee
Next article
Shazam! is electrifyingly fantastic! | Minute Movie Review