‘Barack Fu: The Adventures of Dirty Barry’ is now available on PC via Utomik

Ever wanted to play as the former POTUS himself? Check this game out! 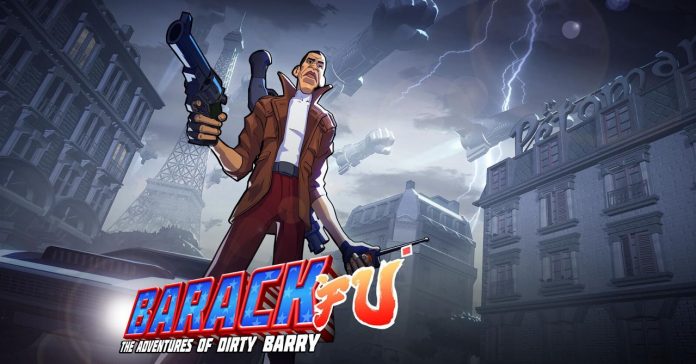 Remember the game Barack Fu: The Adventures of Dirty Barry? In case you aren’t familiar the game is a crazy beat em’ up where players take on the role of ‘Dirty Barry‘ — a fictionalized version of the former POTUS, Barack Obama!

The game was initially released back in July as a secret bonus game for Shaq Fu: A Legend Reborn, which is itself a sequel to the 90s cult classic title, Shaq Fu. In case you wanted to get your hands on Barack-Fu, now is the perfect time to do so; the game is now available digitally on PC via via Utomik!

Barack-Fu is described as the following:

“Some fool has been icing celebrities and he ain’t slowing down. When the fuzz can’t crack the case and the private dicks don’t have a clue, Dirty Barry gets the call. Jet to Paris and even outer space, battling crazy bosses and their mad minions as the ex-POTUS-on-notice dispenses justice for all.”

Aside from being available on Utomic, Barack-Fu is also free for everyone who purchased the physical edition of Shaq Fu: A Legend Reborn on the PS4, Xbox One, PC, and Nintendo Switch.