Watch out for more info at Star Wars Celebration this weekend! 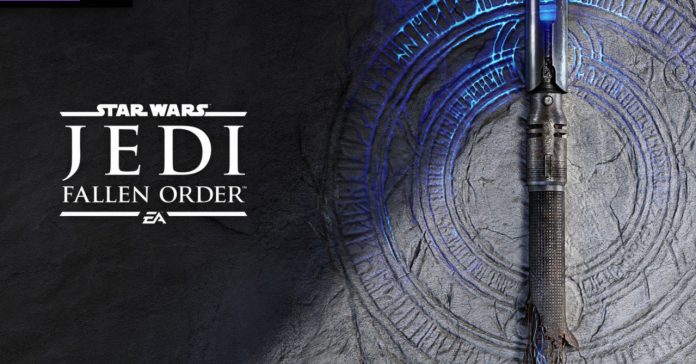 After the Battlefront II’s less-than-stellar reception, EA is looking to redeem itself with the announcement of Star Wars Jedi: Fallen Order. The game was teased recently in official EA Star Wars Twitter that included an image of a broken lightsaber atop some runes. The tweet also included the words “Don’t stand out.”

“From Respawn Entertainment comes a brand-new action adventure game which tells an original Star Wars™ story around a surviving Padawan set shortly after the events of Star Wars™: Episode III – Revenge of the Sith™.”

While EA’s track record for Star Wars games isn’t exactly the best, we’re fairly optimistic for this new title. After all, it is being developed by Respawn Entertainment, the studio behind the runaway hit Apex Legends. Plus, it seems like the game will be primarily a single-player experience given that it will focus on only one character as per the description.

EA has yet to reveal more about the game, though more info will be revealed during Star Wars Celebration this weekend.

Star Wars Jedi: Fallen Order will be released this Holiday 2019.

- Advertisement -
Previous articlePhoenix Wright: Ace Attorney Trilogy is now available on PC and consoles
Next articleWelcome Samsung’s Phones for Livestreamers – the Samsung Galaxy A70 and A80