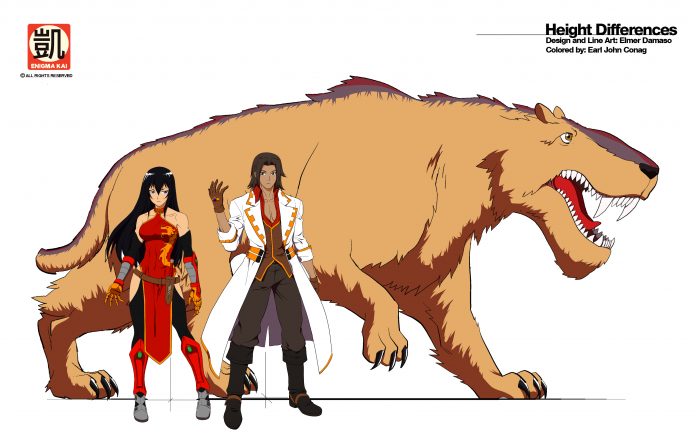 The days just keep getting hotter and hotter and that means, summer is at its peak. Hang on to your thermostat as things may get a wee bit hotter this weekend especially around the Pasig Area with Summer Komikon 2019 about to set a blaze tomorrow with awesome local talents.

Speaking of local talents, a new Pinoy Anime project is in the works and its creators reached out to us a couple of days back. We were able to sit down and talk to Lawrence Panganiban, project creator and Chairman of Enigma Kai, a production outfit based in Cebu about the project before its initial public reveal tomorrow, April 13, at Summer Komikon 2019. 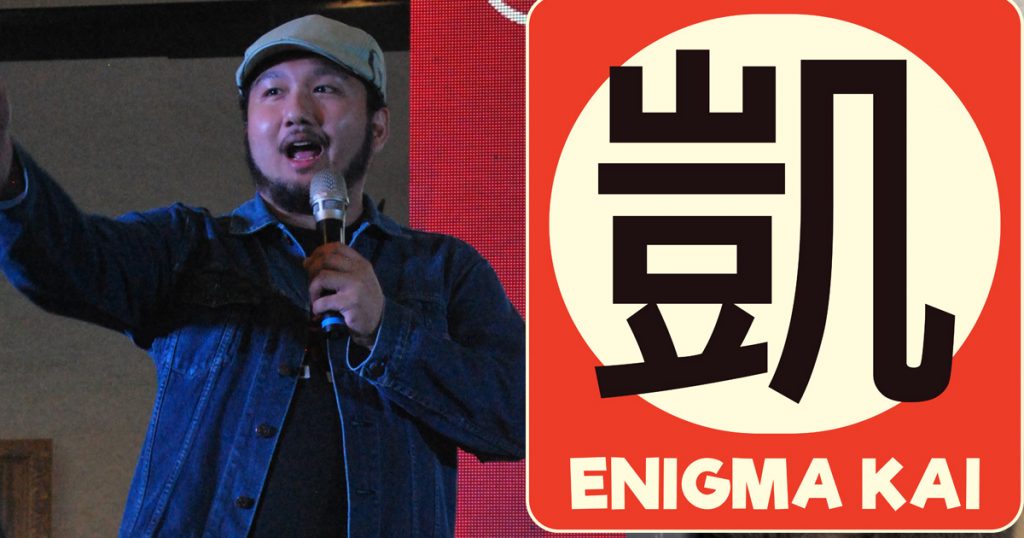 [UNGEEK] Lawrence, hi. Thanks for taking time from your preparations for tomorrow’s first public reveal at Summer Komikon 2019 in the Bayanihan Center. First of all, can you give us anything about this new project you’re cooking?

“What we have right now is a concept for an Animated Film, entitled: Solemn Vow.

The story follows a young, super-powered, mercenary couple and their pet, the couple struggling with their relationship. In order to patch things up, they travel to a tropical land inspired by Philippine Folklore and mythology. While there, they are caught in the middle of a local war between two island nations, which drives each of them to opposite sides of the conflict. As the couple fights, their pet is torn, uncertain which among his masters he should follow. The war mirrors the couple’s strife. 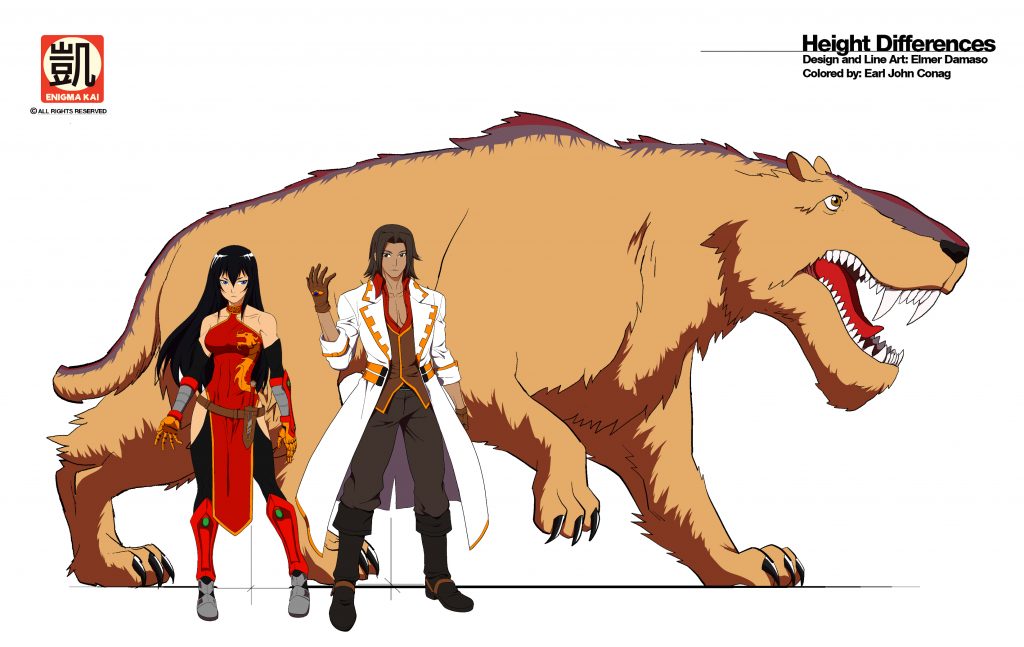 So, imagine a fantasy adventure, with the over-the-top action of Dragon Ball or Naruto, and the core conflict of Mr. And Mrs. Smith.

I always loved making stories. The roots of this story date back to 2008, when I was in 3rd year high school. The story has evolved and changed a lot in the 11 years I have been developing it, drawing inspiration from mythology, as well as fantasy sagas and games like Lord of the Rings and Warcraft. I was also greatly influenced by wacky over-the-top anime like Dragon Ball, One Punch Man, and Kill la Kill.

We initially developed the story to become a comic, but a series of events and opportunities have lead us to re-purpose it into an animation.

And now here we are hehe.

The thing that truly drove me to make this story, is to give back. I dream of making stories that can influence people positively and make people’s childhoods. Like how the stories I grew up with did so for me.”

[UNGEEK] Wow! Okay, that’s pretty impressive…and daunting. What’s the current status of the project and how much do you guys still need to do?

“As of now, we are animating a teaser short, for the purpose of pitching to investors, producers, and possible partner studios. We have a general plot for the film, general idea of the world, and really strong main character designs. We will be releasing this trailer in our full launch which is to be announced.

We are looking for anyone who can help us develop what we have further.”

[UNGEEK] Okay, we just got to ask. This isn’t the first time someone has attempted a quality Filipino anime animation project, what makes this special?

“Our story focuses on an established couple as the main characters. Also, we are working with Elmer Damaso as our concept artist; he is quite accomplished in local Manga and Komiks scene.

We also working with ToonBoom for our pitch trailer, software from this company has been used in shows such as “Jojo’s Bizarre Adventure: Stardust Crusaders” and “Kimi No Na Wa” (Your Name), as well as Pokémon and several well-known cartoons such as SpongeBob and Family Guy.

[UNGEEK] Okay, without giving much away, what can people expect from, I guess your first public reveal tomorrow at the Summer Komikon 2019 at the Bayanihan Center?

“We will be showing the concept art, characters, and sharing some details about the project. As well as announcing the date of the official full launch of the project.

I will also be accompanied by the animation team and our concept artist Elmer Damaso.”

[UNGEEK] Alright, and lastly, what can we do to ensure that this project sees the light of day?

We will be making a call to action for crowd funding during our full launch, which is to be announced tomorrow, Patreon, Donations, etc. so we can have funding to fuel the development of the film as we search for investors, producers, and possible partner studios.

We also welcome anyone with the passion and drive to hop in and join the team to help us make this happen. Artists, Animators, Musicians, Writers, Editors, and Voice Actors, all are welcome.

Right now, this is a voluntary effort, a coalition of the willing, fueled by passion and faith! “ 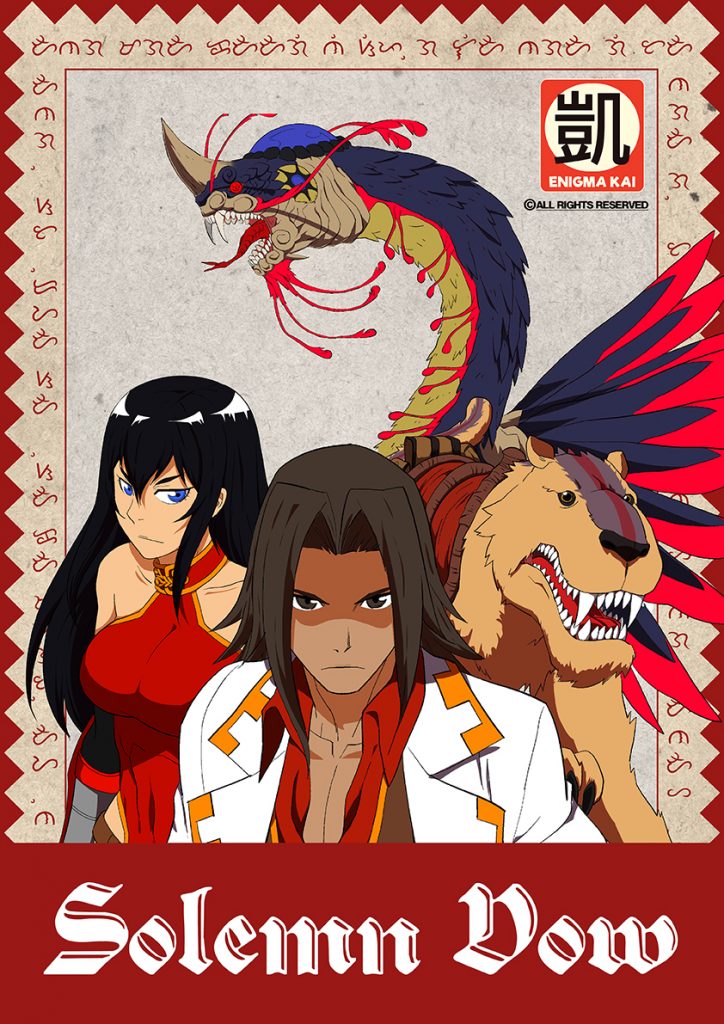 You can see more of Enigma-Kai and Solemn Vow tomorrow at the Summer Komikon 2019 in Bayanihan Center, Pasig. They have a segment by 1:30pm at the Conference Room BCD to showcase the project.