Mortal Kombat 11 Review: The Best and Bloodiest in the Series Yet 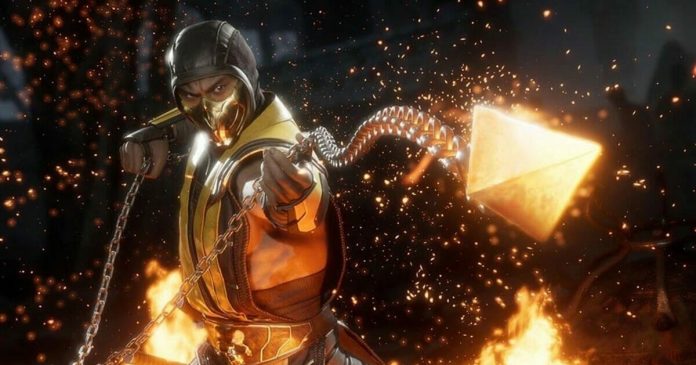 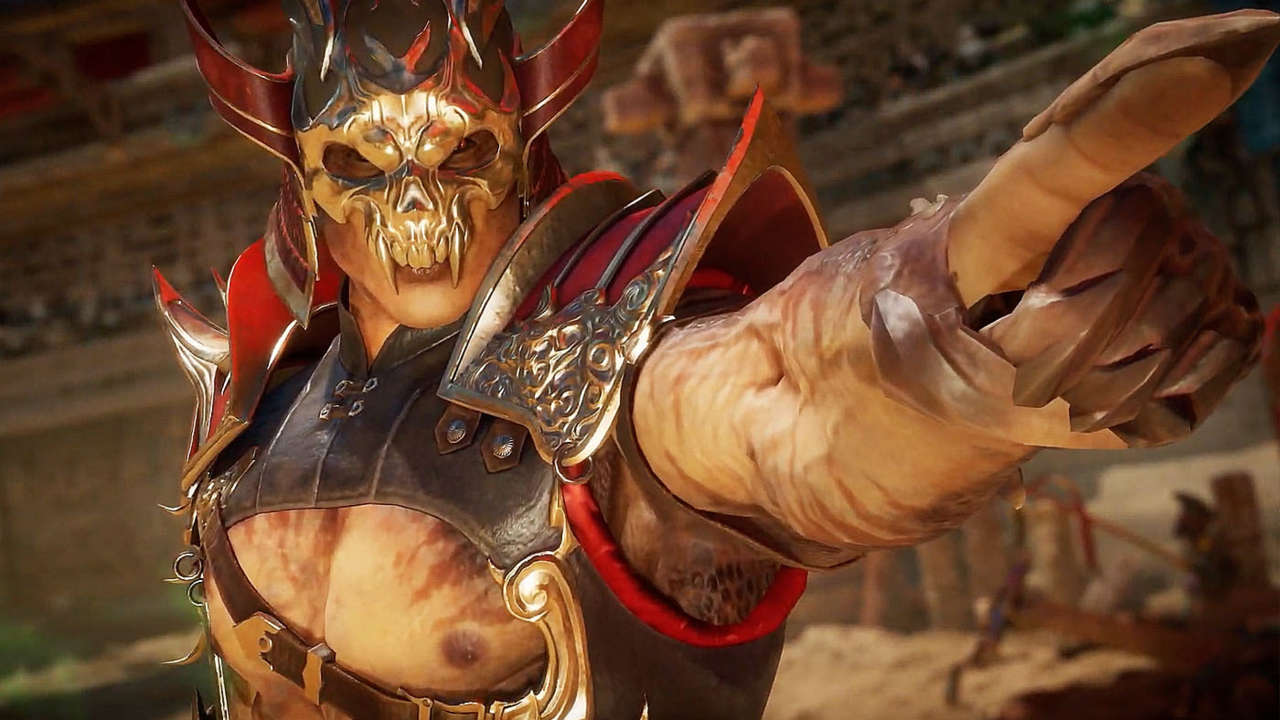 It has begun (again!)

Netherrealm’s latest entry into the much-beloved Mortal Kombat series is back with its 11th installment! The game continues from their 2011 reboot and positively progresses along with each new title (alternating with Injustice, its other awesome brother). Is the franchise heading off to even greater heights? Let’s find out but before you do, you might want to check out our early impressions when we tried the online Beta that was released weeks ago, which gives you a bit of a primer of what to expect. Done? Let’s go. 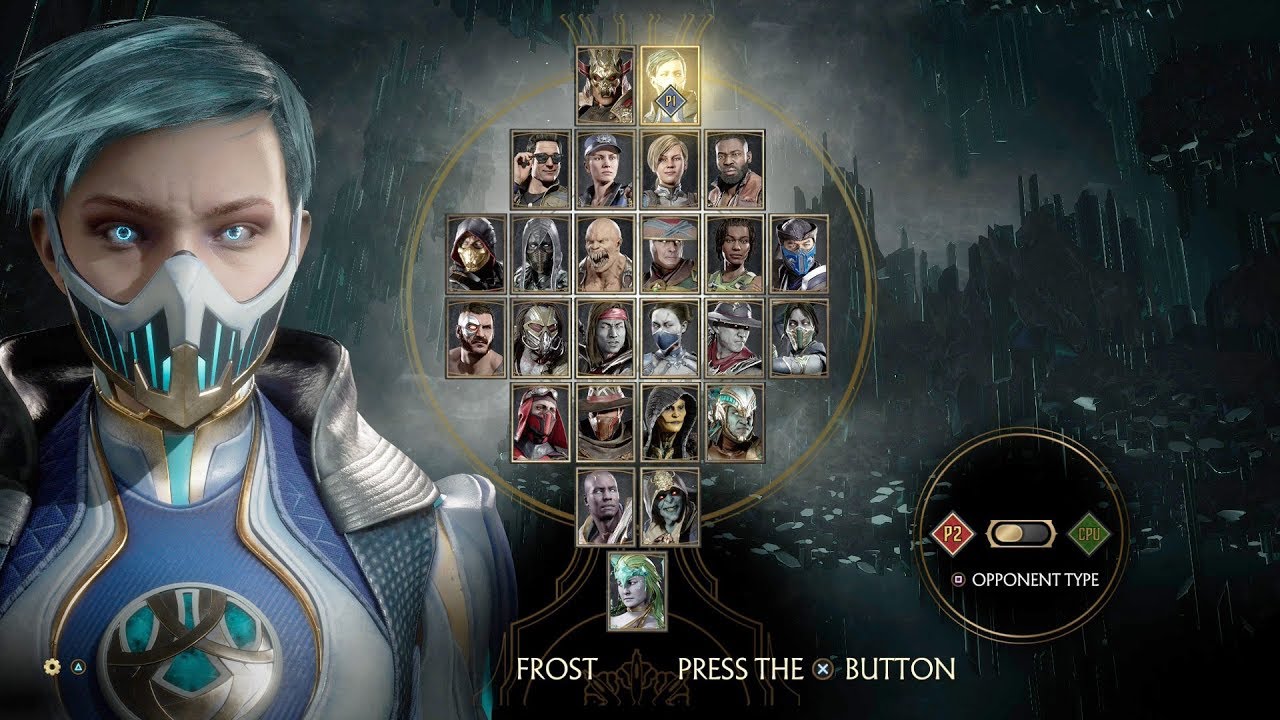 Right from the start you get a modest character base of 25 fighters, 26 if you count the pre-order bonus Shao Khan. As to be expected you will see iconic staples returning like Kano, Scorpion and the Raiden, (who I hope to be re-skinned by Christopher Lambert’s portrayal of the demigod down the line) along with new ones like Geras and Cetrion. Expect to see new faces because knowing NR, they will definitely release new content in the form of fighters that can, most of the time be cross-promotional collaborations with other popular properties.

Aside from the obvious aesthetics, you can definitely notice that each character has their own uniqueness that sets them apart from other combatants, and part of the fun is really getting a grasp on what play-style you want to adopt. For example, Sonya Blade’s arsenal of moves suggests a more traditional zone-type shell that relies on a mix of ranged and brawler-type attacks while Johnny Cage on the other hand pushes me to be a bit more relentless and offensive with his mid to overhead strings of attacks, which is akin to a footsie type of fighter. 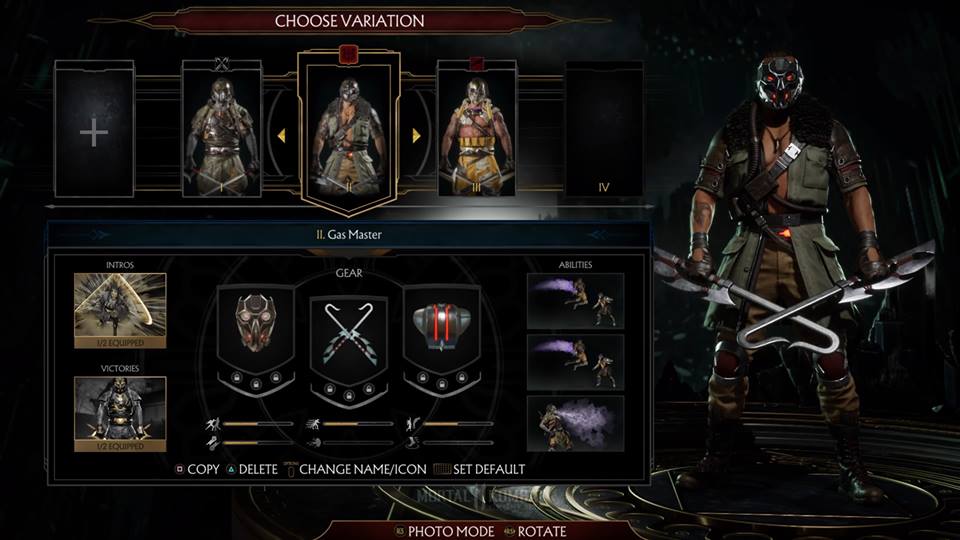 Upping the notch in variability, players can also mess around with each characters special attacks via the Kustomization menu. Each character has a total of three slots (the game gives you default combinations to give you an idea) where you can swap out your special moves. Some moves take more slots than others, indicating more devastating choices. As you might expect, it feels rewarding to flesh out your favorite character because you can customize it to your liking. Sweet. 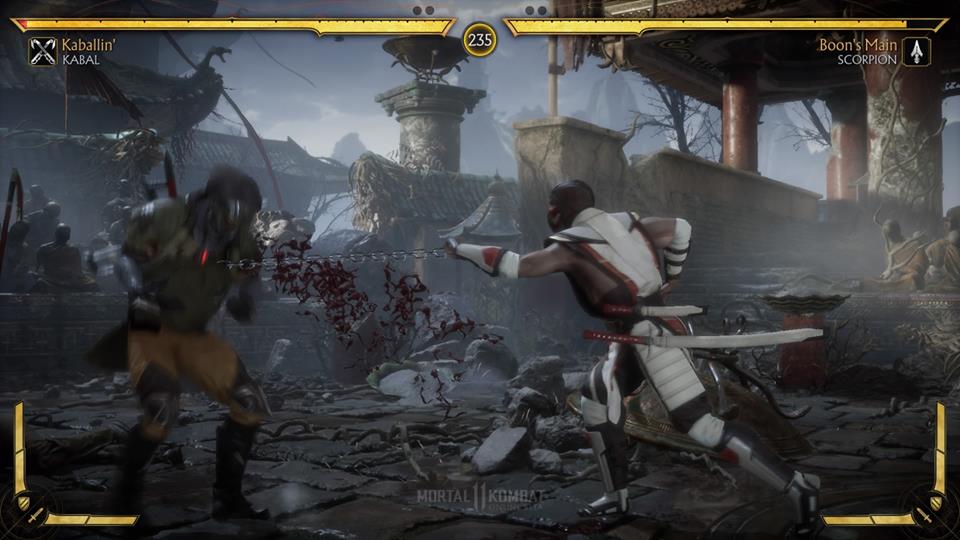 As with its previous games, even with Injustice, like I said in the early impressions of the game Mortal Kombat 11 has a certain heft when you control the characters. It might seem weird at first especially if you are coming from other fighting games but when you get used to it, you wouldn’t even notice the difference especially if you try out the its impressive practice mode, which is a very welcoming feature to those who only know MK because of what good/bad impression it left people during the 90’s, or that catchy techno music from the movie that still rings to my ears to this day. Mortal Kombat 11 has a very noob-friendly and robust practice mode that eases in newcomers in a variety of ways. Putting in a bit of time learning the fundamentals of your favorite Kombatant all the way to advanced strategies is part of the fun here, especially when you get to apply it in actual Kombat. 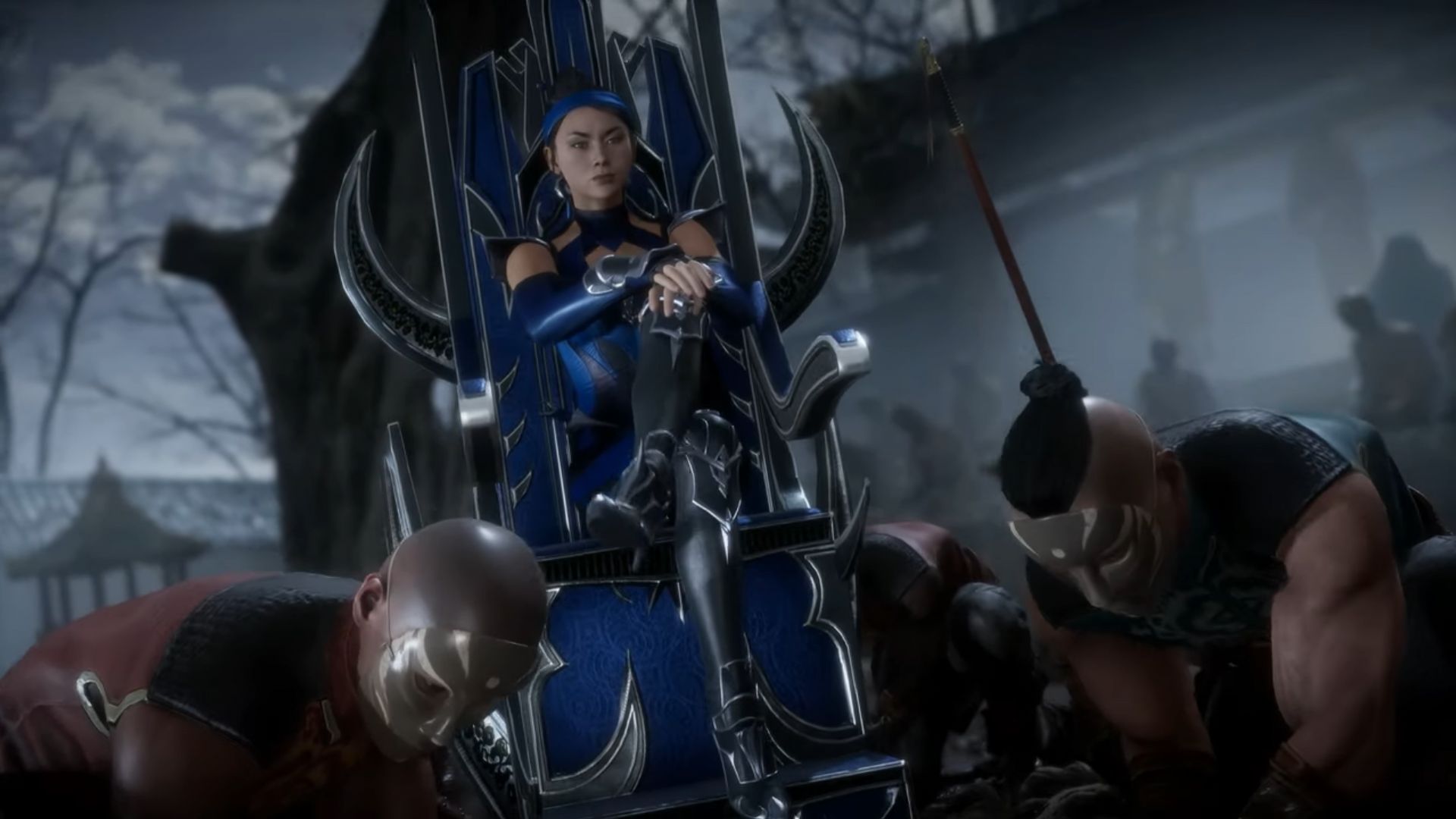 A Story of Epik Proportions

Aside from the usual Arcade and Klassic Towers mode, Perhaps the best part of Mortal Kombat 11 hands-down is the very extensive and well thought-out Story mode that lets you dive further into the fluff. A lot of effort was placed into making something that feels epic in scope as you can really the story lets you experience the story from various character perspectives. Having played a great chunk of the story you can really feel a sense of grandiosity that newcomers will definitely enjoy, but I really believe that this one is for the vets who will definitely notice nods all the way back from the original game. The story mode is definitely worth the price of entry. 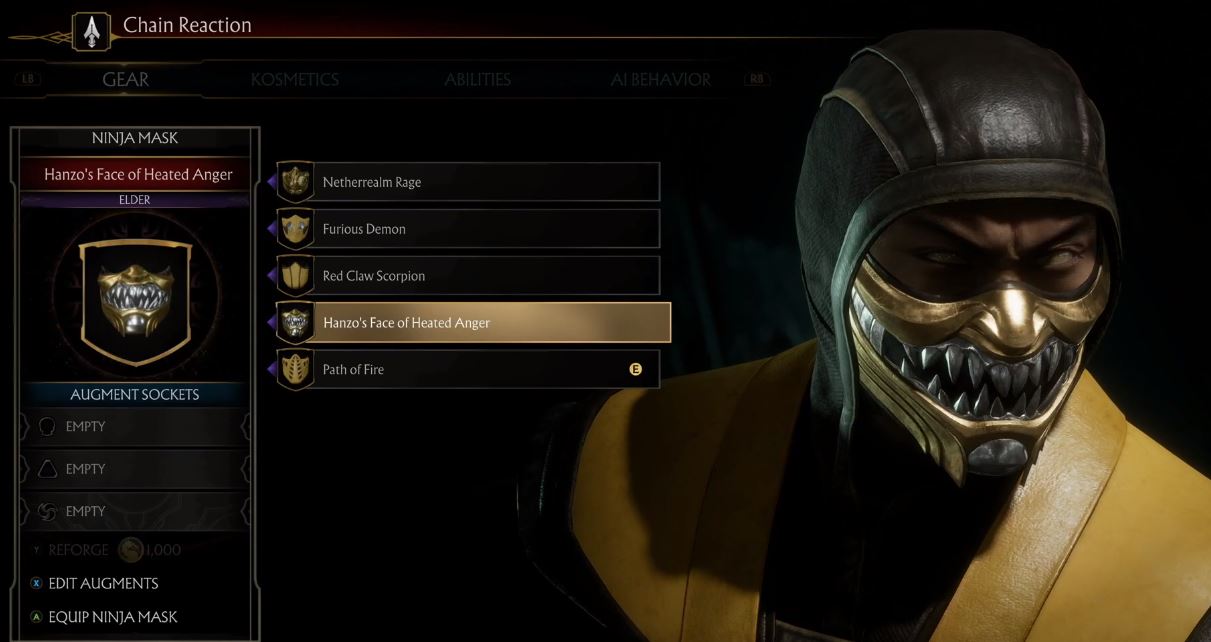 Hit Your Sweet Spot in the Game’s Customization Mode

Similar to Injustice 2, Mortal Kombat’s gear is partly cosmetic. The game lets you change your appearance in various ways both big and small, with its meat mostly coming from the skins which can greatly change a fighter’s look. Every character has about 60 skins that vary in looks and color variants. Most of these cosmetics will unlock in two modes namely The Towers of Time or the Krypt where the former faces you off with challenges that showcase the game’s variety and difficulty and these change daily.

Perhaps the thing that I am not a fan of most, is the way most games handle real-world money I’ve seen it in other titles and Mortal Kombat 11 is no exception to the trend. There are 4 types of currencies in the game, with the main one being Koins which can let you unlock certain features in the game like a character’s specific tower is the Towers of Time. Aside from Koins there are also a lot of resources like Tower Skip Tokens, XP Boosts Krystals, Hearts, and Soul Fragments which all provide a specific purpose but ultimately they let you ease the grind a bit which for a fighting game, feels a bit off but for those willing to grind it out, everything here might be worth your time especially if you want to bling out your favorite character. 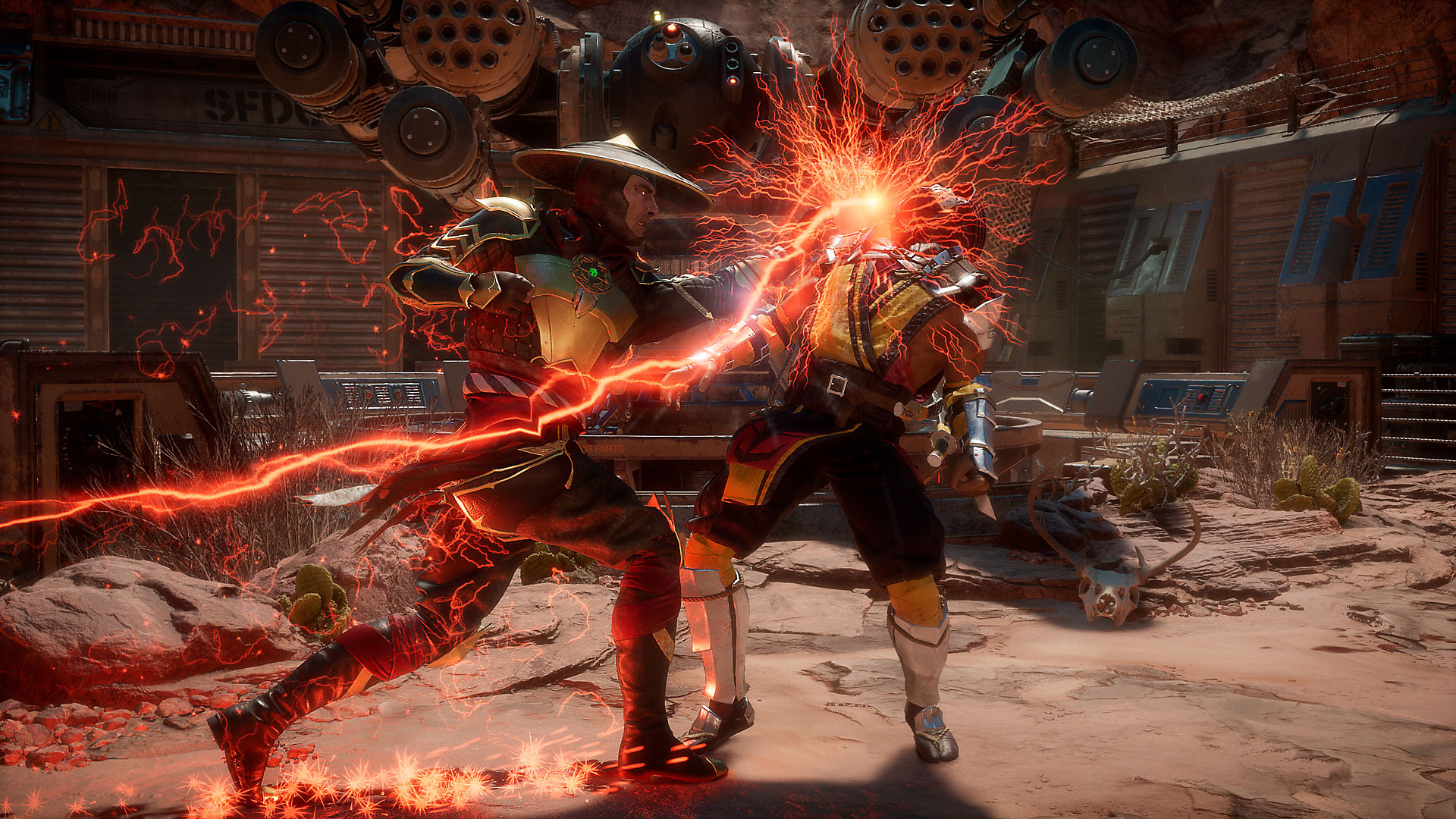 As a fan who goes way back into the original MK1 and MK2 (and slightly moved to other titles after 3) It’s really great to see how far Mortal Kombat has come since its sprite-based, mo-cap older brother. After Netherrealms the 2011 reboot of the series aside from the way tge game handles the money and grind I can subjectively, and if you agree, objectively say that for the most part, the rebooted Mortal Kombat franchise gets better with each new title.

Mortal Kombat 11 Review: The Best and Bloodiest in the Series YetThe best in the series yet both for vets and newcomers.