Just in time for the eighth and final season! 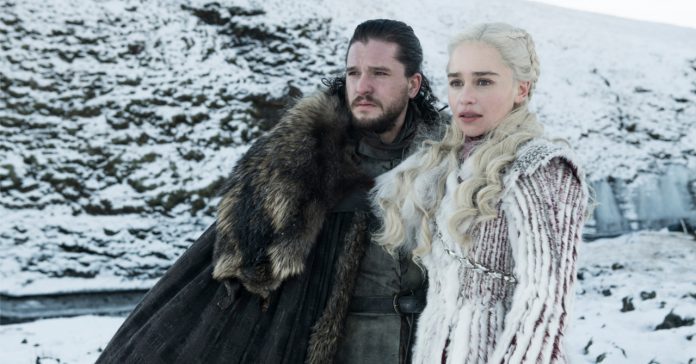 The eighth and final season of HBO’s mega-hit fantasy series, Game of Thrones, is finally upon us! If you can’t wait for GoT to air once again, Spotify has just the thing for you. Recently, Spotify released seven GOT house-themed playlists that’ll tide you over, at least until the first episode of season 8 releases.

Each playlist contains a curated list of songs that correspond to a house or group (such as the White Walkers or the Night’s Watch). You check out the individual playlists here:

Now if that wasn’t enough for you, Spotify also has another treat for avid fans of the series (like myself). The streaming platform also released a special refresh of its rock-influenced playlist, “Game of Thrones: The End Is Coming” (formerly named “Songs of Ice and Fire”), a collaboration between Game of Thrones co-creators David Benioff, D.B. Weiss and Spotify.

Finally, Spotify also released the official list of most-streamed songs from the various Game of Thrones soundtracks. Without further ado, here are the songs that made the list:

1. Light of the Seven

Cersei blows up the Sept of Baelor Season 6, Ep. 10

2. Main Title – From The “Game Of Thrones” Soundtrack

Featured during every episode. You know this!

3. The Winds of Winter

Arya sails to Braavos at the conclusion of Season 4

4. Blood of My Blood

Daenerys flies over her Dothraki khalasar on Drogon. Season 6, Ep. 6

5. The Rains of Castomere (performed by The National)

End credits of Season 2, Ep. 9, after the Lannisters win the Battle of the Blackwater

6. My Watch Has Ended

Jon Snow, revived from the dead, greets his friends in the courtyard of Castle Black. Season 6, Ep. 3

Daenerys emerges from the Temple of the Dosh Khaleen after setting it alight. Season 6, Ep. 4

Ser Jorah reveals to Daenerys that he has contracted the deadly disease, greyscale. Season 6, Ep 5

Season 8 of Game of Thrones premieres this April 14 (the 15th in PHT) exclusively on HBO.