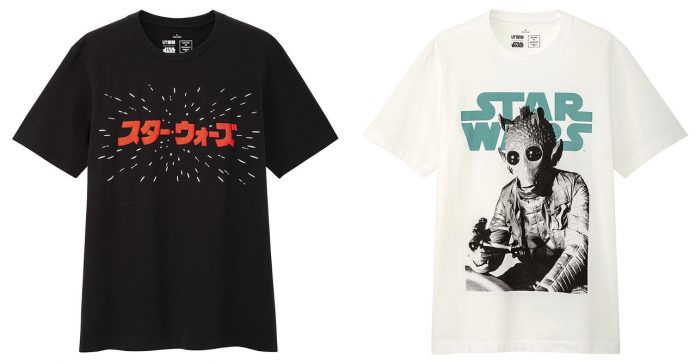 Uniqlo has recently released new UT collections such as the Marvel and the Capcom graphic tee line, but the brand is showing no signs of stopping there. The Japanese fashion giant has also just revealed its upcoming Star Wars UT line. Unlike it’s usual Star Wars tees, this collection was made in collaboration with three Japanese streetwear legends, with the line being dubbed the ‘Master of Graphics‘ collection.

The collection consists of 12 tees, four of which were designed by Uniqlo UT creative director and A Bathing Ape founder, Nigo. For his tees, Nigo went with designs such as a Japanese Star Wars logo, the “Yoda-backpack”, and a graphic featuring Greedo (Nigo’s favorite Star Wars character).

The next four t-shirts were designed by Jun Takahashi, the creator of Japanese streetwear brand Undercover. Takahashi went with cartoon-style depictions of famous Star Wars character for his tees.

Finally, the last four shirts were designed by Tetsu Nishiyama of WTAPS. Nishiyama’s tees include designs such as a tie-dye style tee, as well as a shirt with a Dewback graphic (a creature in Tatooine).

The Uniqlo UT Star Wars “Master of Graphics” collection will be released on April 29. There’s no word yet on when the lineup will be released in the PH, though expect the shirts to arrive in stores soon.