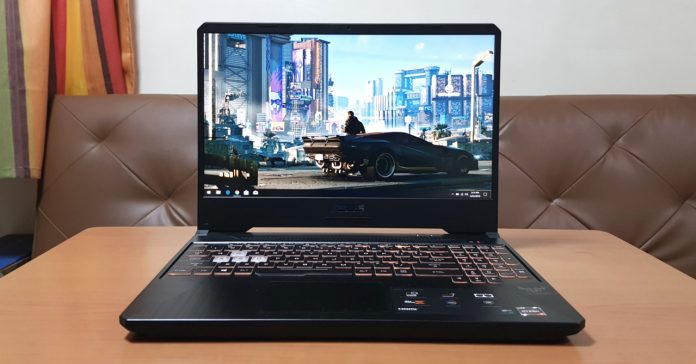 Two weeks ago, we unboxed the TUF FX505DU, ASUS’ new TUF gaming laptop that’s equipped with a GTX 1660Ti graphics card paired with a Ryzen 7 processor. Given the laptop’s internals, I was interested to see how it’ll perform, especially considering I have yet to try out the laptop version of the 1660 Ti (which is a pretty good GPU).

Though of course, a gaming laptop isn’t defined only by its graphics card. It should also have a good display, keyboard, and battery life if you’re looking to actually use it on-the-go. 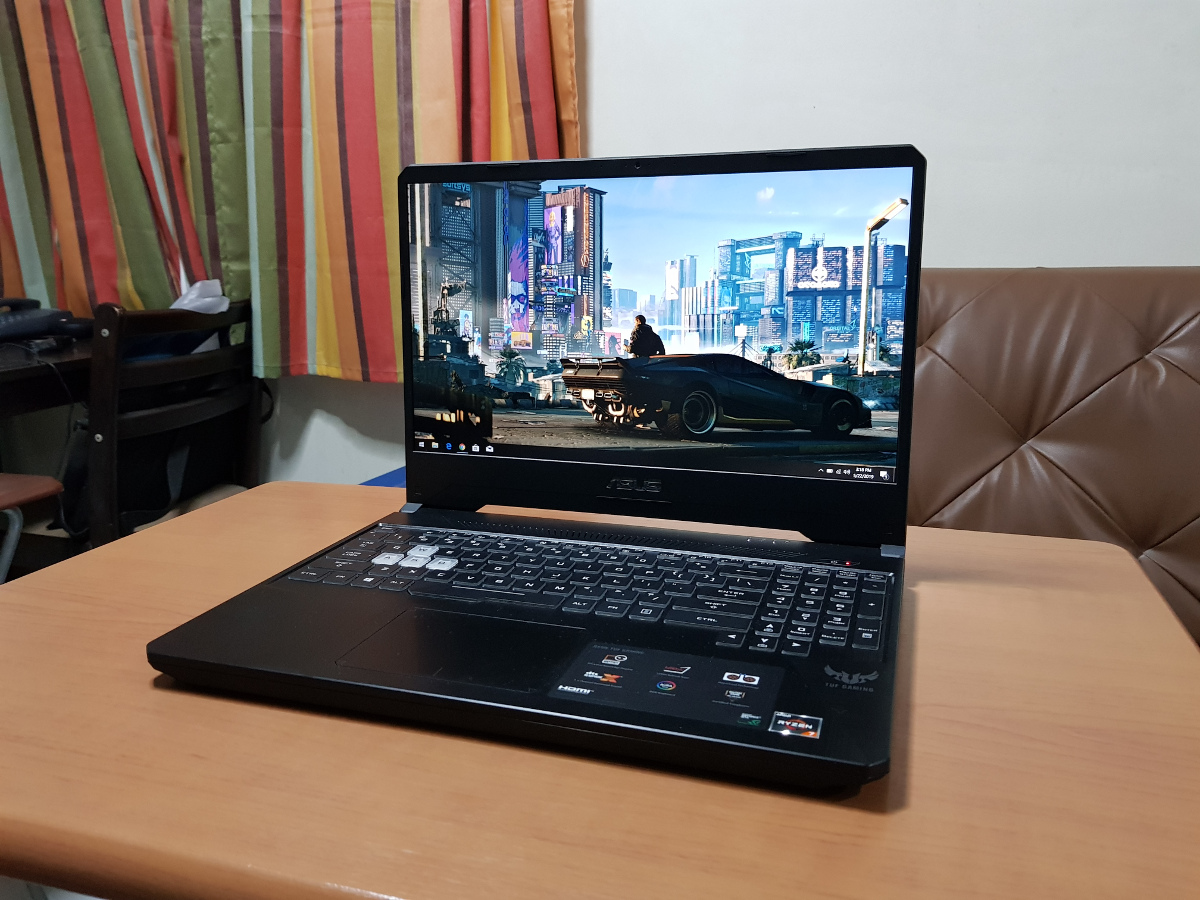 So how does it hold up for actual use? We find out here in our full review of the TUF FX505DU!

For starters, let’s look at the laptop’s design. Unlike ROG devices, this TUF gaming laptop has a more subtle design compared to gaming machines with aggressively “gamer” looks. It is still looks like a gaming laptop though, with its sharp lines decorating the lid and the keyboard area, as well as its RGB keyboard.

Moving on to the sides, the FX505DU’s I/O are all found on the left side; while I’m fine with this design, some users may prefer having ports on the right side as well. Having ports on the left side also means that the laptop doesn’t have that much I/O options given that it only has USB Type-A, HDMI, ethernet, and headphone/mic ports. The laptop could’ve used a Type-C port, and maybe a DisplayPort. 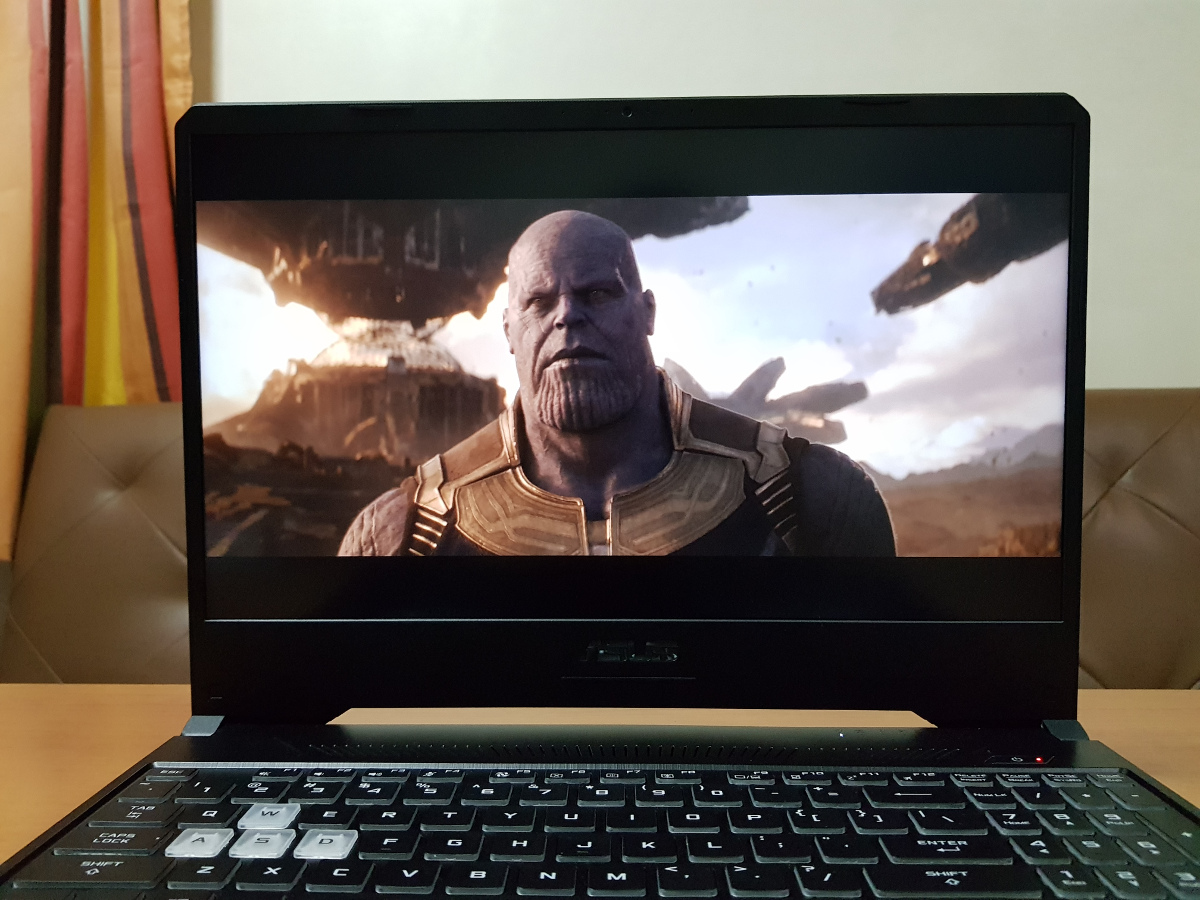 The FX505DU packs a 15.6-inch Full HD 120Hz display with fairly thin bezels, much thinner than TUF Gaming laptops from last year. For binge-watching, the FX505DU is a great choice. The laptop screen’s color output is fairly accurate, and it can get plenty bright, more than enough for indoor use.

One nice thing about the display is that even with its thin bezels, ASUS still managed to fit the webcam at the top. As someone who dislikes having webcams on the bottom left of a laptop screen, the FX505DU’s webcam placement is certainly welcome. 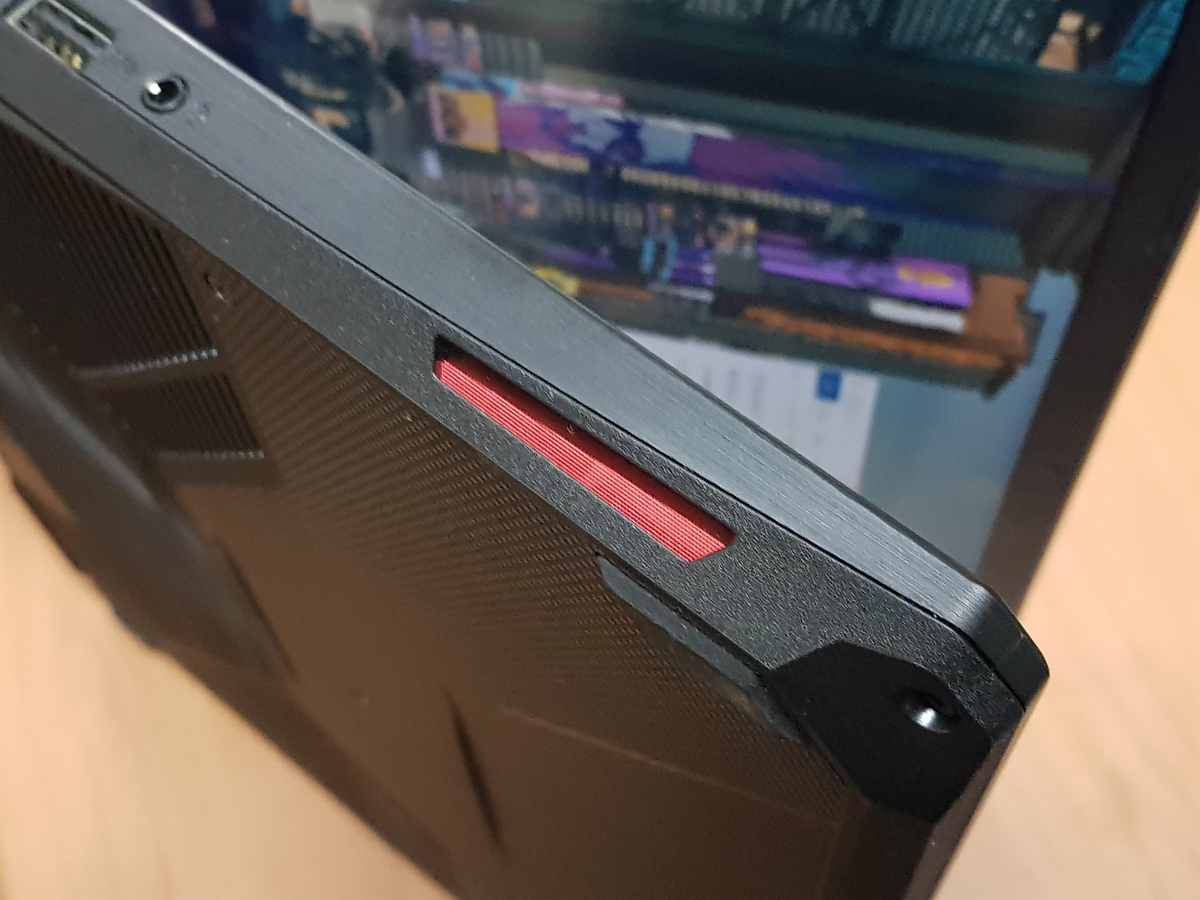 While the display is of great quality for binge-watching, the FX505DU’s onboard speakers aren’t as good. The two loudspeakers are placed at each side, and while the audio output is clear and doesn’t distort much in higher volumes, it just doesn’t get that loud. If you’re going to binge-watch or play games on the laptop, you better have headphones/external speakers for a better audio experience. 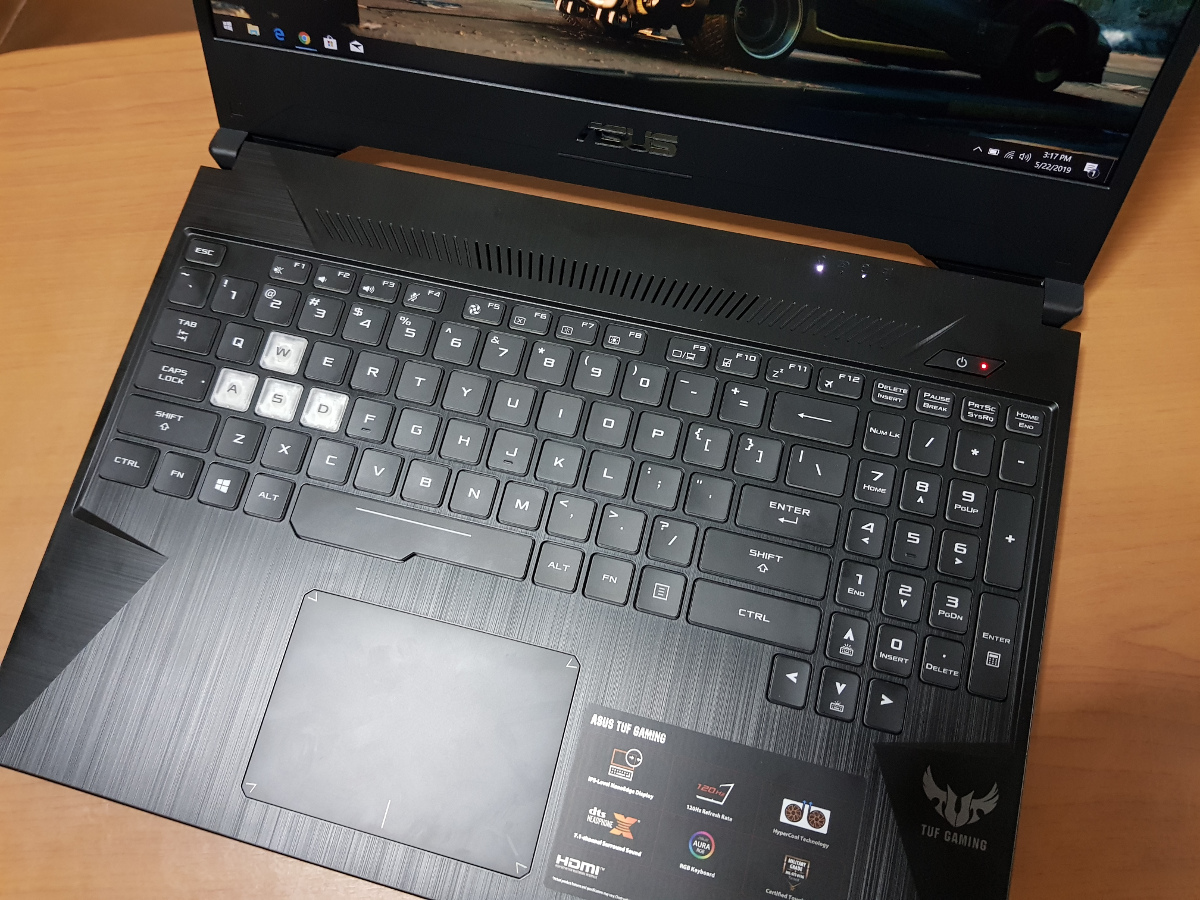 The laptop packs a full-size RGB keyboard (complete with a number pad) that should be good enough for most gamers as it provides a decent tactile feel. Of course, it’s still on the mushy side given that it’s only a membrane keyboard.

And now for gaming! The FX505DU’s Ryzen 7 + GTX 1660Ti is great on paper. For the most part, the laptop delivers in actual gaming.

For Witcher 3, the FX505DU was able to play the game on the game’s High preset (at 1080p) with frame rates of around 60-80. In hectic fights with lots of enemies on the screen, the frame rate sometimes dips to around the 50s, but only for a bit.

As for the Very High preset, the laptop can run it, though with frame rates of around 40-50, with dips to the low 30s in skirmishes.

Moving on to Rise of the Tomb Raider, the laptop had an average FPS of 53.16 on the game’s benchmark tool, that is at the Very High graphics preset and at 1080p. Though for actual gameplay, I’d recommend bumping down the graphics to High for less frame rate drops. The drops might be due to having (only) 8GB of RAM. 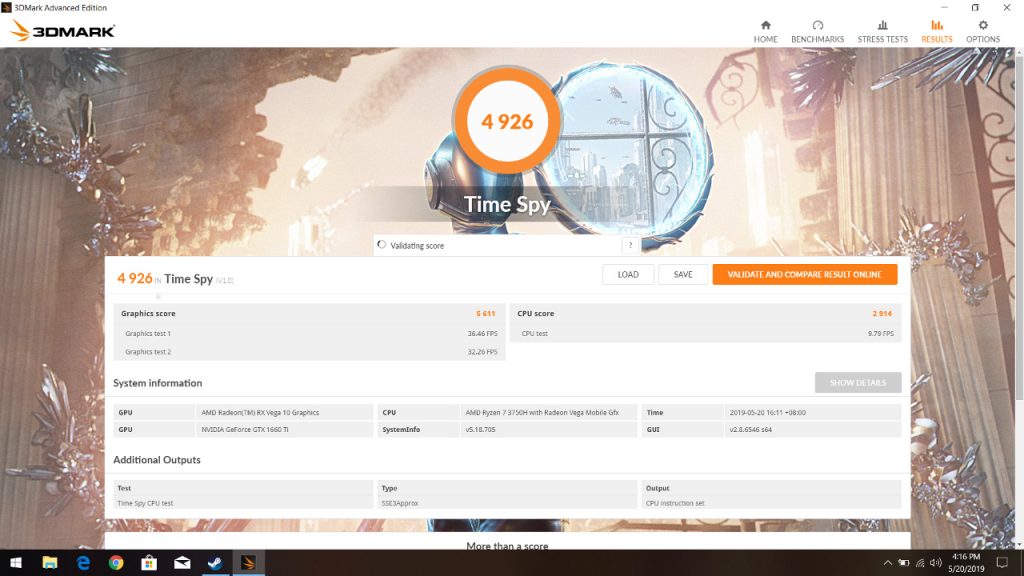 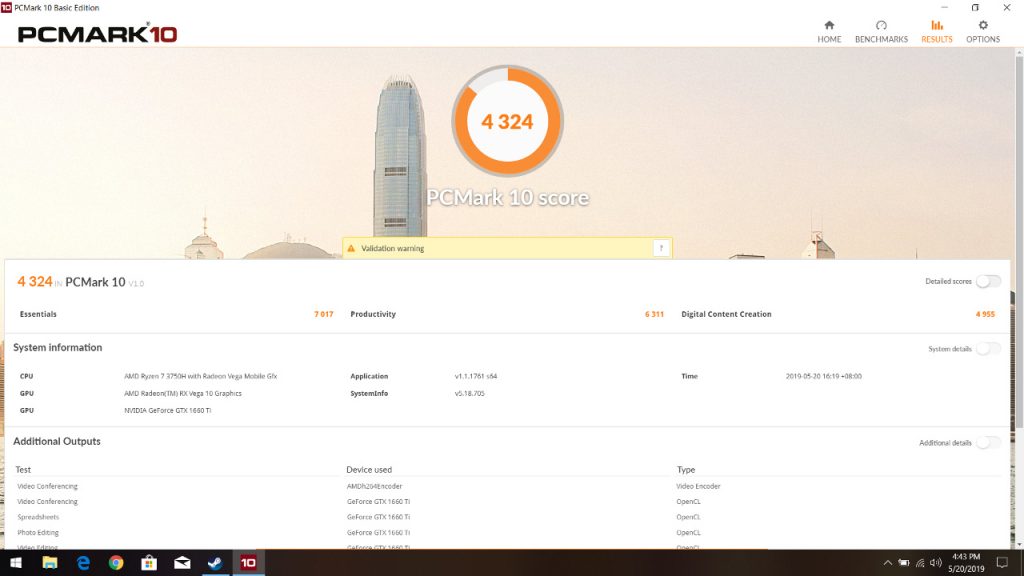 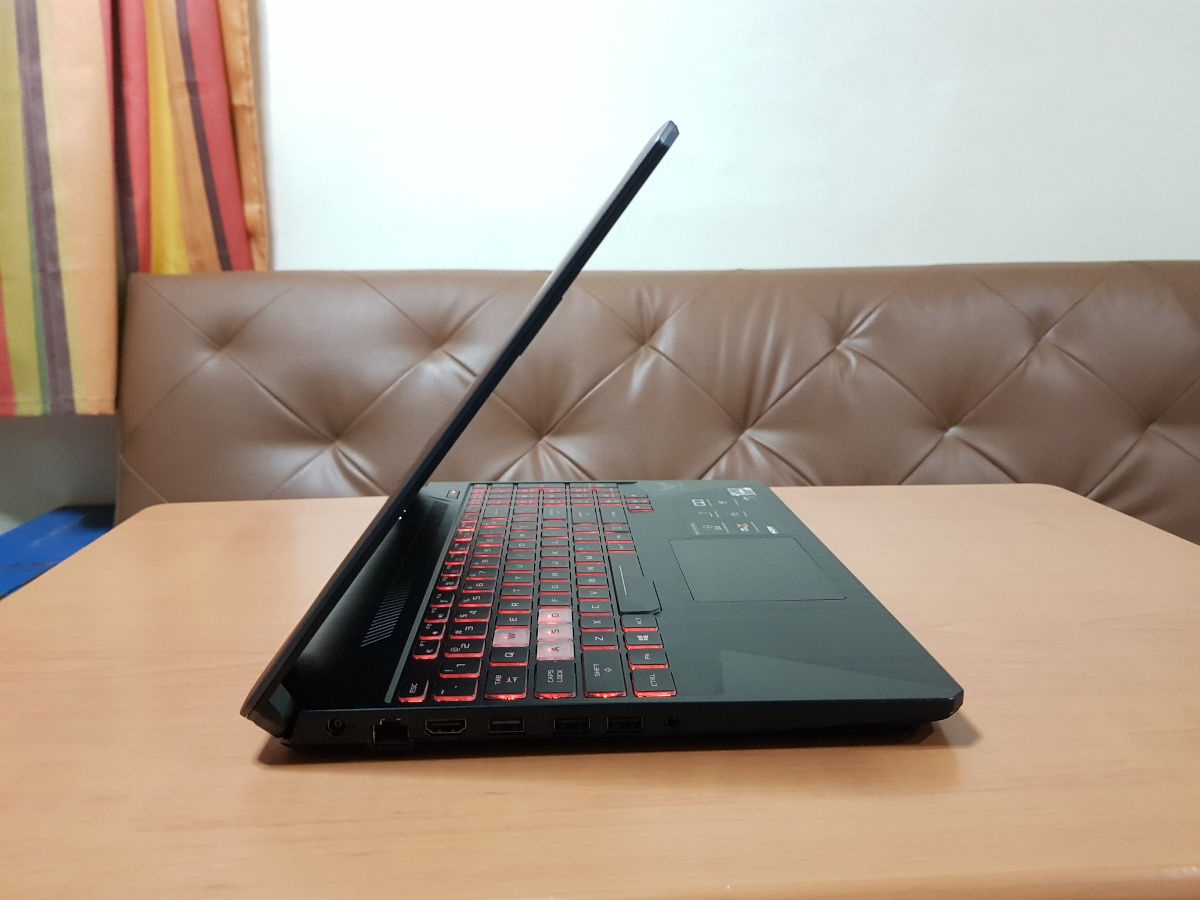 As the FX505DU worked well for gaming, it wasn’t a surprise to find out that it handled everyday tasks with ease. Browsing (with over 10 tabs open) and productivity tasks didn’t slow down the laptop much.

Another good thing about the FX505DU is that it has pretty good battery life for a gaming laptop. It was able to play a 2 & 1/2 hour movie with 55% battery life to spare, meaning it should last for around 5 hours of general use (think browsing/binge-watching). Of course, i don’t recommend gaming and/or video editing without it being plugged in as those tasks will eat through the laptop’s charge. 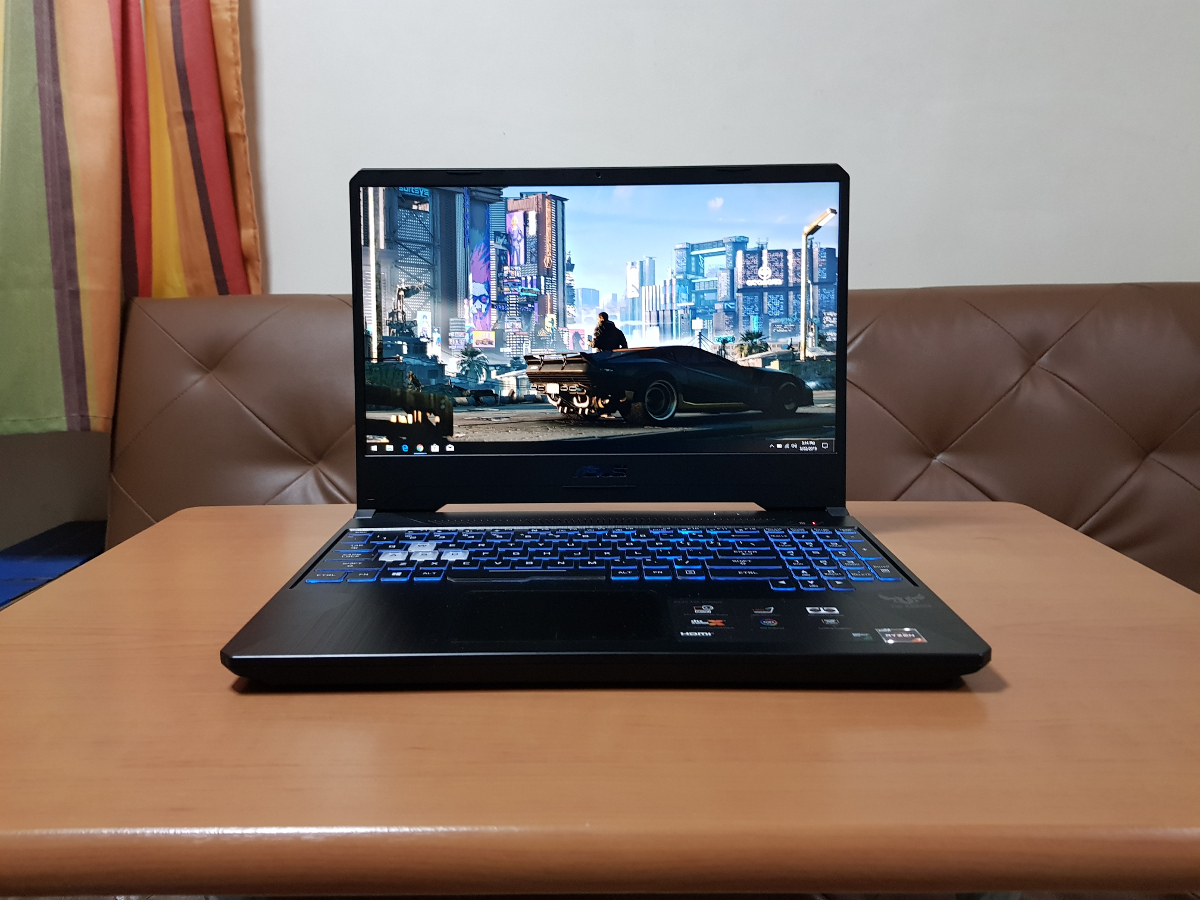 Thanks to its combo of a 1660 Ti + Ryzen 7, coupled with the 120Hz display, the FX505DU is a great partner for esports titles, as well as more hardware-intensive triple-A titles. The display isn’t just great for gaming, it’s also sharp and clear enough for a quality binge-watching experience. Finally, the laptop has pretty good battery life, and it runs excellently in general use.

The FX505DU isn’t a perfect laptop though, the most important feature that could be improved is I/O. It could also use a bit more RAM for an even better experience for triple-A gaming.

Given it’s price of PHP 71,995, the FX505DU is still a compelling package overall. So if you’re on the hunt for a gaming laptop that’s more powerful than entry-level options but won’t burn that big a hole in your wallet, the TUF Gaming FX505DU worth a look.

The TUF Gaming FX505DU is a great laptop for esports titles, as well as more demanding triple-A games (just not at Ultra High settings). It also has a good display for binge-watching and great battery life for a gaming laptop. What it lacks though are more I/O options. Geek Lifestyle Review: ASUS TUF FX505DU