Setting a new standard for gaming. 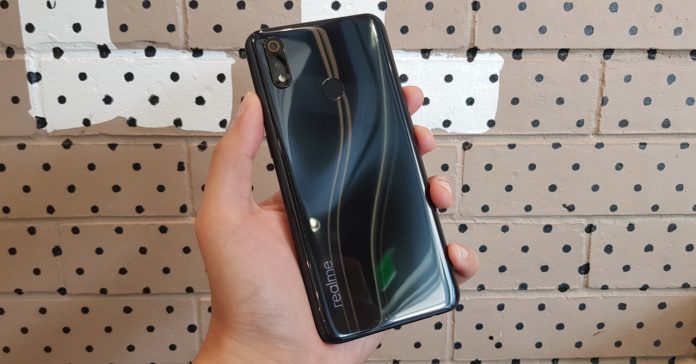 Last month, we got our hands on the realme 3, a smartphone that proved to be one of the best budget phone deals of the year so far. So how do you follow up such a bang-for-buck device? Well, you follow it up with the realme 3 Pro, the brand’s upgraded model which features a more powerful processor, a better display, and a camera upgrade. With these upgrades, Realme promises that this phone will set a new standard for affordable mobile gaming. 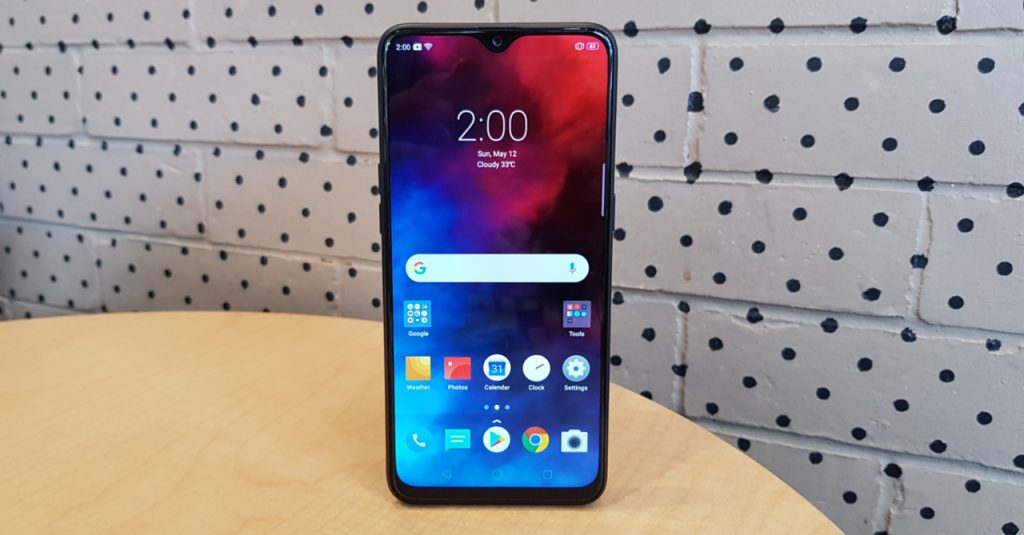 While it’s a significant upgrade on paper, does the realme 3 Pro deliver in actual use? And is it just as good a deal as the realme 3? We find out here in our full review! 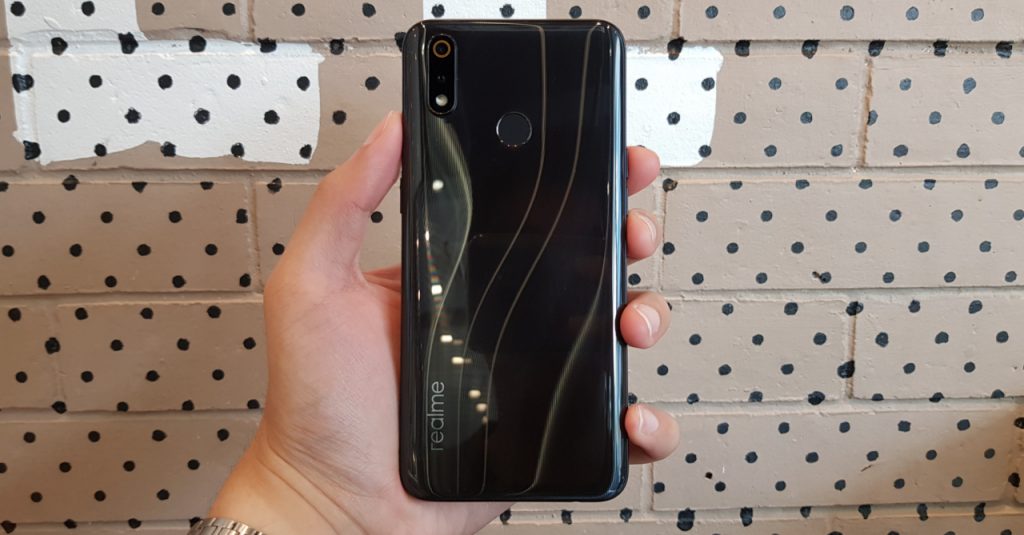 In-hand, the Realme 3 Pro isn’t all that far from the base version. Both phones feature glass-like backs with a fingerprint scanner and camera module. The biggest difference though is the back’s design; while the realme 3 has a cool gradient color, the realme 3 Pro comes with a more understated design. That’s not to mean it’s a plain-looking phone though, the realme 3 Pro is rather striking when the light hits just right. 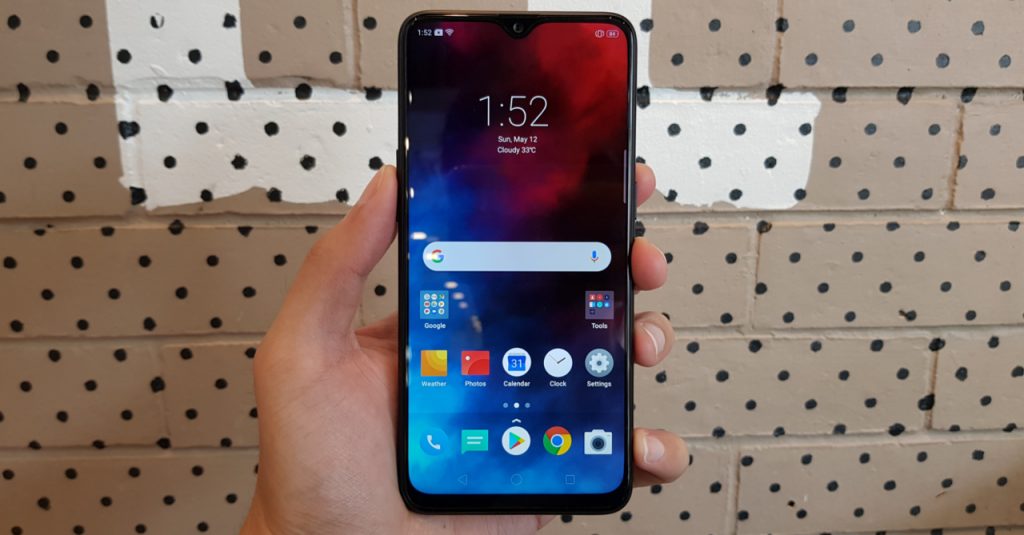 From the front, the realme 3 Pro seems identical with the base realme 3. Though a closer look reveals that the Pro has a slightly smaller chin given that it comes with a 6.3-inch display, a tad larger than the realme 3’s 6.22-inch screen. Aside from slightly thinner bezels, the realme 3 Pro shares the previous model’s small notch.

Much like its little brother, the realme 3 Pro is a good-looking phone, and it feels great in-hand to boot. Fans of devices with more understated designs will definitely be into this phone. 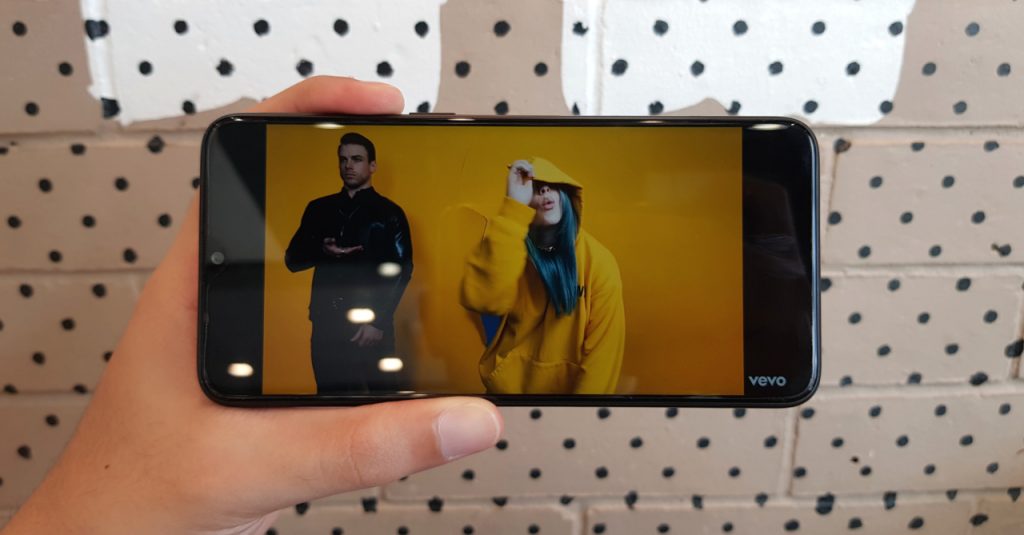 The realme 3 Pro’s 6.3-inch display isn’t just a bit larger though, it also received a bump in resolution. The phone’s screen has an FHD+ resolution (compared to the base model’s 720p display), meaning it produces much sharper video output and good color reproduction. For binge-watching purposes, the realme 3 Pro is one of the better options in the midrange.

Be prepared to use either headphones or an external speaker when watching though. The realme 3 Pro’s onboard speakers aren’t that great, with audio output sounding tinny and a bit distorted at max volume. Good thing the phone still comes with a headphone jack. 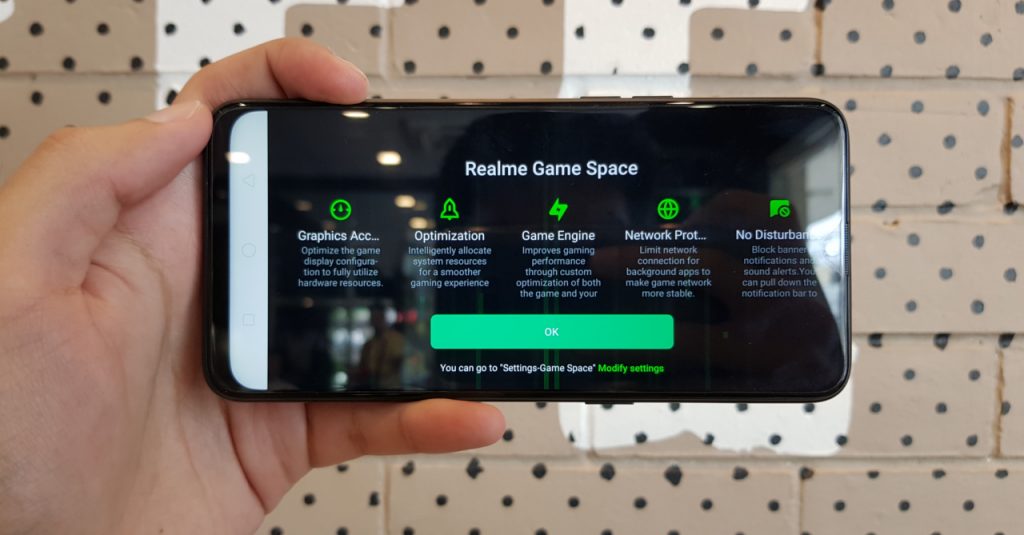 The realme 3 Pro is touted as a capable gaming machine, and boy does it deliver! The phone packs the new Snapdragon 710 processor, a clear upgrade over the base realme 3’s Helio P60. Thanks to the 710 processor, the realme 3 Pro handled my usual collection of games without difficulty. Be it Mobile Legends or PUBG Mobile, I was able to play them at max settings.

Coupled with the phone’s sharp display and large batter (more on that later), the realme 3 Pro does not disappoint for mobile gaming. To add icing on the cake, the phone comes with the ‘Realme Game Space‘, a niftyn software feature that not only optimizes games for better performance, it also allows players to block incoming messages, calls, and other notifications.

The realme 3 Pro’s main highlight may be its gaming performance, but its front and rear cameras are also noteworthy. Realme equipped its latest phone with a 16 MP shooter that uses a Sony IMX519 sensor, coupled with a 5 MP depth camera. As for the front shooter, the realme 3 Pro comes with a 25 MP selfie cam.

Thanks to the slight bump in megapixel count and a better sensor (compared to the relame 3), the realme 3 Pro’s camera takes shots with image quality that’s impressive, especially for its price point. Shots take with the Pro’s main cameras are clear and detailed, with natural colors when Chroma Boost is off. Turning on Chroma Boost, you get shots with punchier colors, though these shots tend to look slightly unnatural.

The realme 3 Pro doesn’t disappoint for low light photography as well thanks to its Nightscape mode. While the phone can take good night shots on Auto Mode, we prefer using the phone’s Night Mode as it produces brighter and more detailed images.

The 5MP depth sensor works surprisingly well, with the background blur effect being better than other phones in the midrange. Plus, you can also take portrait shots of objects, unlike some phones which turns on portrait mode only when it detects a face. Finally, selfies taken with the realme 3 Pro are of good quality, good enough for sharing on social media. 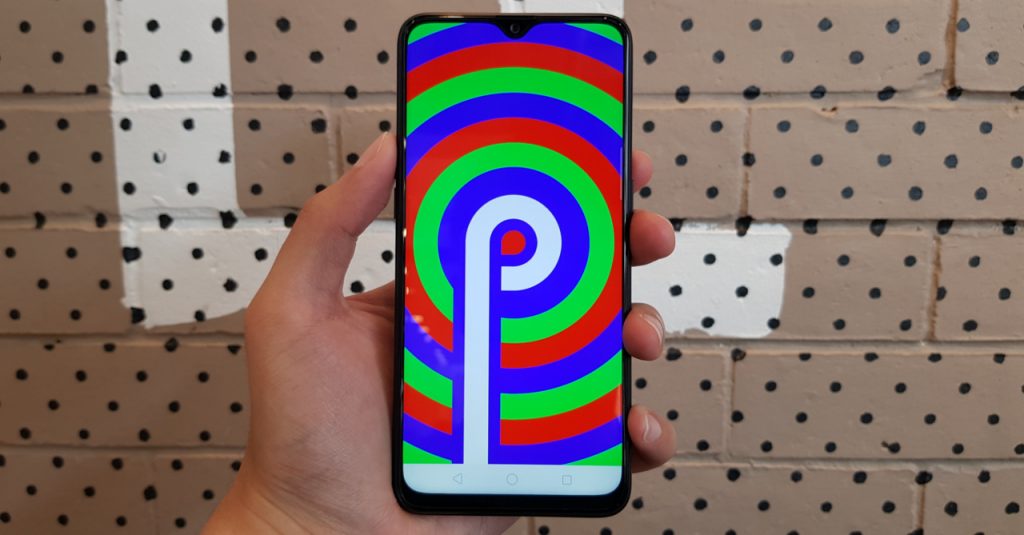 With the phone’s Snapdragon 710 processor, day-to-day tasks are a breeze with the realme 3 Pro. Productivity and social media apps both open and run fast, even with lots of apps in the background. As for OS, the realme 3 Pro runs on Color OS 6 based on Android 9 Pie; while Color OS 6 has some pre-installed apps, it didn’t slow down the phone one bit.

Aside from speedy everyday performance, the realme 3 Pro’s battery life is also impressive. With the phone’s 4045mAh battery, the phone can easily last for a day on a single charge. And if you do need to charge, the realme 3 Pro comes with a VOOC 3.0 fast charger which can charge the phone to full in just a bit over an hour.

The only thing that could’ve been improved is the phone’s microUSB port. I would’ve preferred a Type-C port, but hey, this isn’t a premium phone after all. 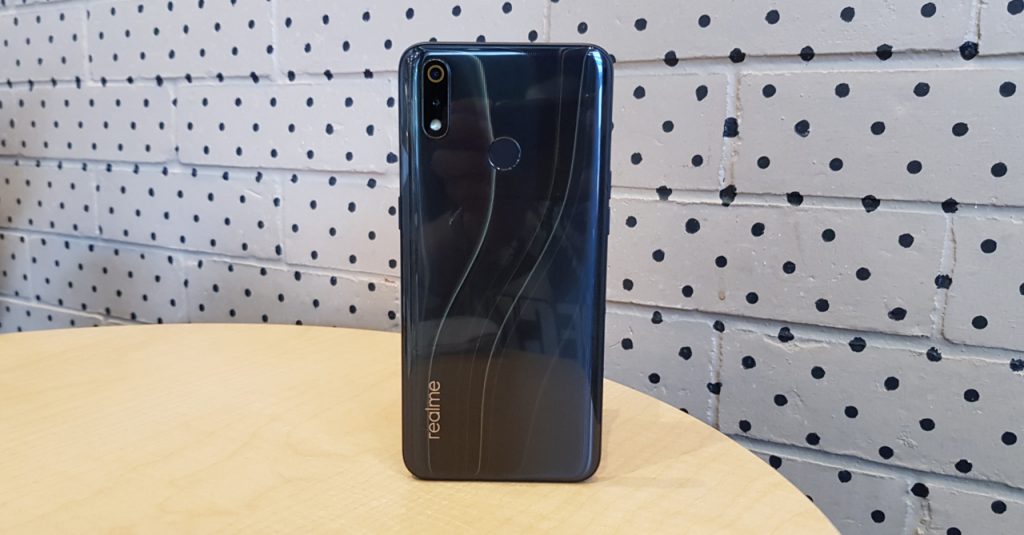 Realme has done it again! The realme 3 Pro is another excellent deal from the brand thanks to its winning combination of powerful processor, great cameras, and long battery life, all at a price point that won’t put a dent in your wallet. To put icing on the cake, the realme 3 Pro also has a quality display too.

Considering its price, the phone has no real drawback (aside from maybe the microUSB port). Though that doesn’t mean that the realme 3 Pro is the clear-cut best smartphone deal right now; the midrange competition is just that tough.

Still though, the realme 3 Pro is a killer phone that’s a clear step above the realme 3. If you’re looking for a powerful gaming phone on a budget that doesn’t skimp out on other features, look no further than the realme 3 Pro.

Geek Lifestyle Review: Realme 3 ProThe realme 3 Pro is a gaming smartphone that does not disappoint. Thanks to its powerful Snapdragon 710, the phone can run almost all mobile games at max settings. Even with its great gaming performance, the phone does not sacrifice other features such as cameras and battery life.