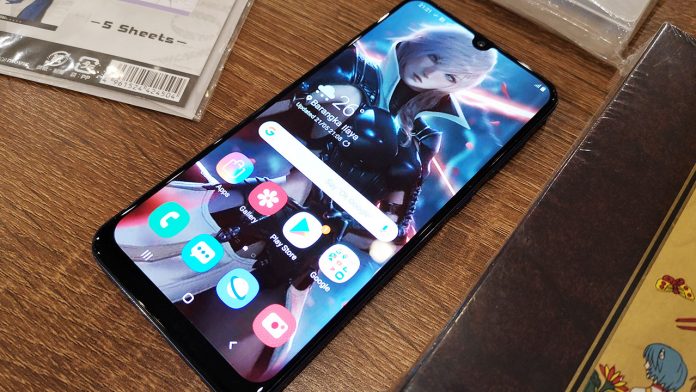 In our previous article, we saw the arrival of Samsung’s mid-range offerings which came in the form of the A-Series. Today, we get a closer look at the Samsung Galaxy A30 and see how much BANG it gives for your buck. 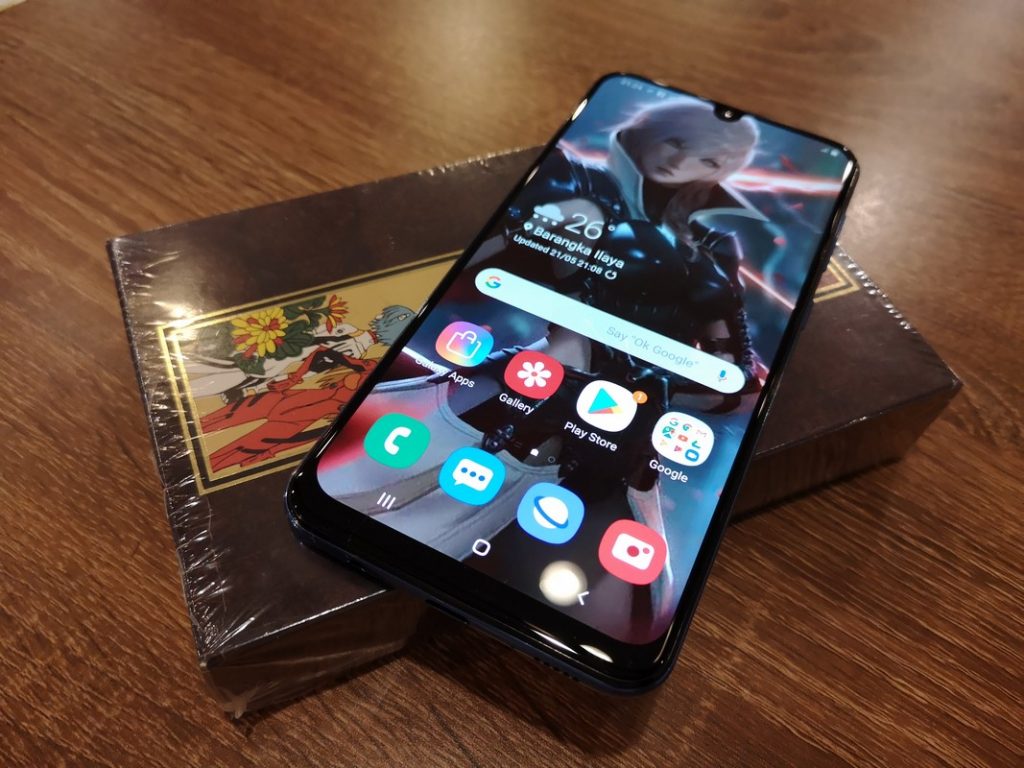 The Samsung A30 is pretty and sleek, with a thin glossy shine on it (at least in the blue colorway). Now, the body of this nifty little gadget is made of plastic and glass; this means the phone is not as slippery as your usual glass body phones, and it has a good amount of durability to it. As for the display, the phone has a stunning 6.4″ FHD+ Super Amoled screen with a 19.5:9 aspect ratio. The brightness, colors, and sharpness of the display are SUPERB, and you’ll definitely be able to rock that geeky phone wallpaper quite nicely.

What’s even better about the display is that it has loads of customization options. You have dark mode (which in-turn also lets you use less battery) and other color calibrations that you can choose from to suit your tastes. 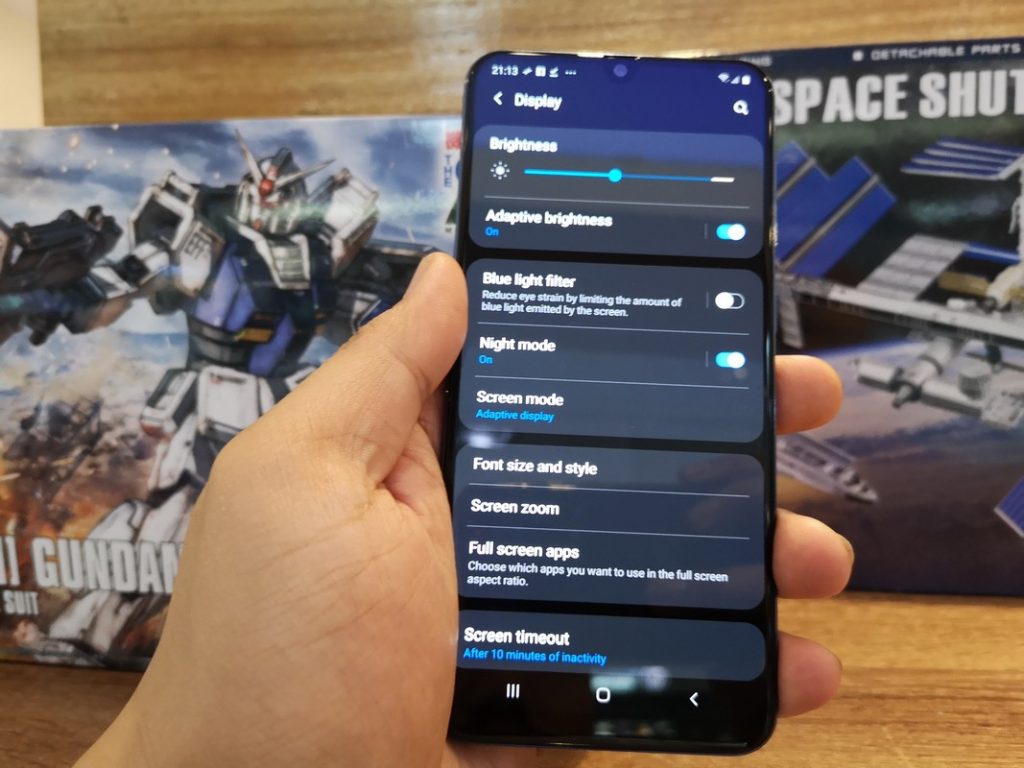 On the side of the display are fairly thin bezels which look a-ok in my book. The A30 also sports an Infinity-U notch design which refers to the u-shaped/waterdrop-shaped notch design. 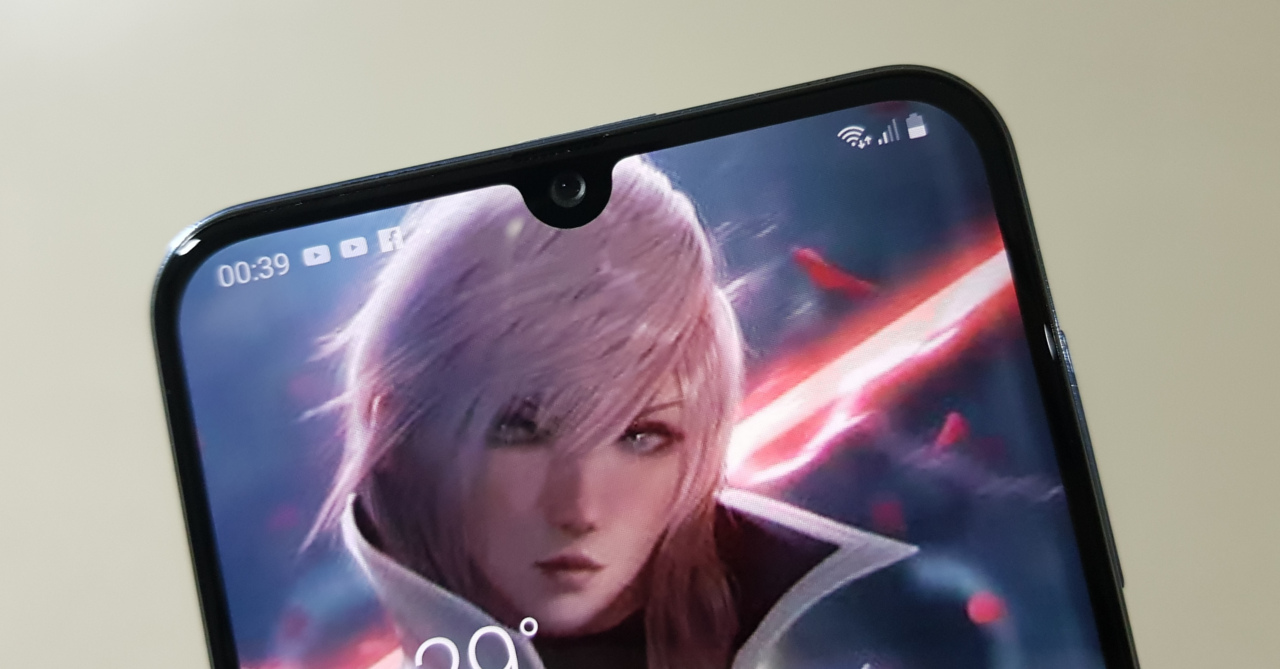 From an overall geeks-thetic perspective, the Samsung Galaxy A30 gets it. You may not have a lot of colors to work with in terms of body design but it wins where it counts, which is the display. 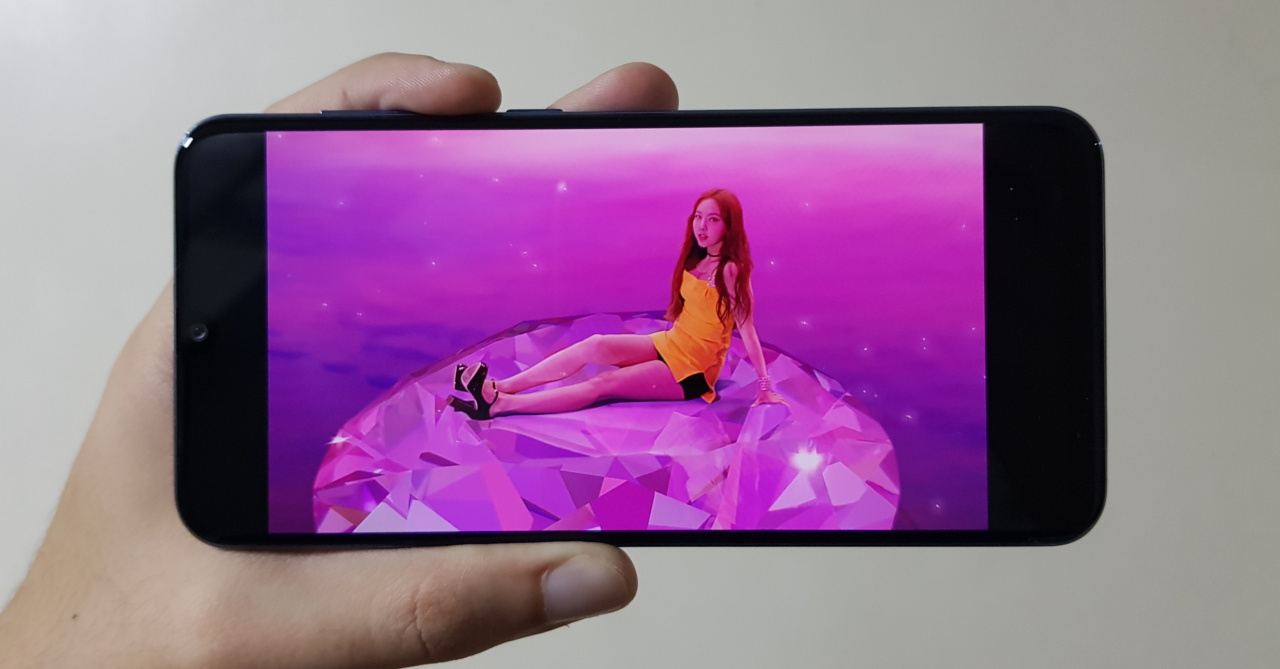 If you’re like me and use up majority of your phone battery watching videos on a phone, then this factor is of utmost importance. Now as I mentioned, the display of the Samsung Galaxy A30 is great and it translates to an awesome video watching experience. However, sound quality DOES get in the way of this. The volume is really soft even when you use it indoors. You’ll have to use earphones for an optimum binge-watching experience. 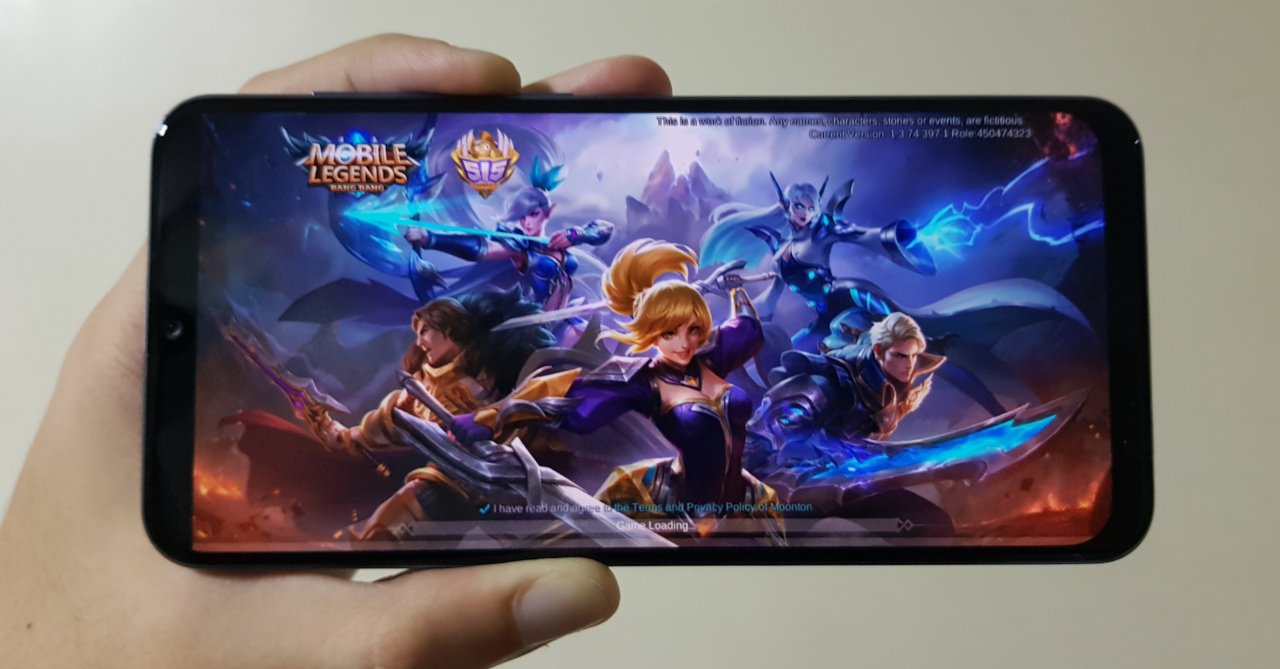 For a phone of its price, the phone can game pretty decently although you may have to scale back the graphics a bit (around Medium quality). With the scaled back graphics, frame rate seemed to run well with a lot of games and the A30 didn’t seem to be prone to overheating.

It is worth noting though that you will notice slowdowns when you get messages while you game since the Exynos 7904 octa-core processor isn’t the most powerful SoC around, especially given the competitive midrange segement now.

The Samsung Galaxy A30 sports a dual rear camera set-up (16-megapixel f/1.7 main camera, 5-megapixel f/2.2 depth camera) which can get you really nice shots… as long as you have proper lighting. While you’ll find that there are other phones with better cameras in the same price range, what the A30 has IS still decent though. You even have the wide-angle option for added options with your shots. You will notice a decrease in color accuracy and sharpness by a bit when using the wide-angle feature.

When it comes to selfies, you have a 16-megapixel f/2.0 front camera at your disposal. So portraits do end up looking good plus you have the ability to customize the amount of blur you want in your background.

Once again, that’s when you’re using the cameras under decent lighting. When it comes to low-light / nighttime scenarios, your shots will be noticeably grainier. 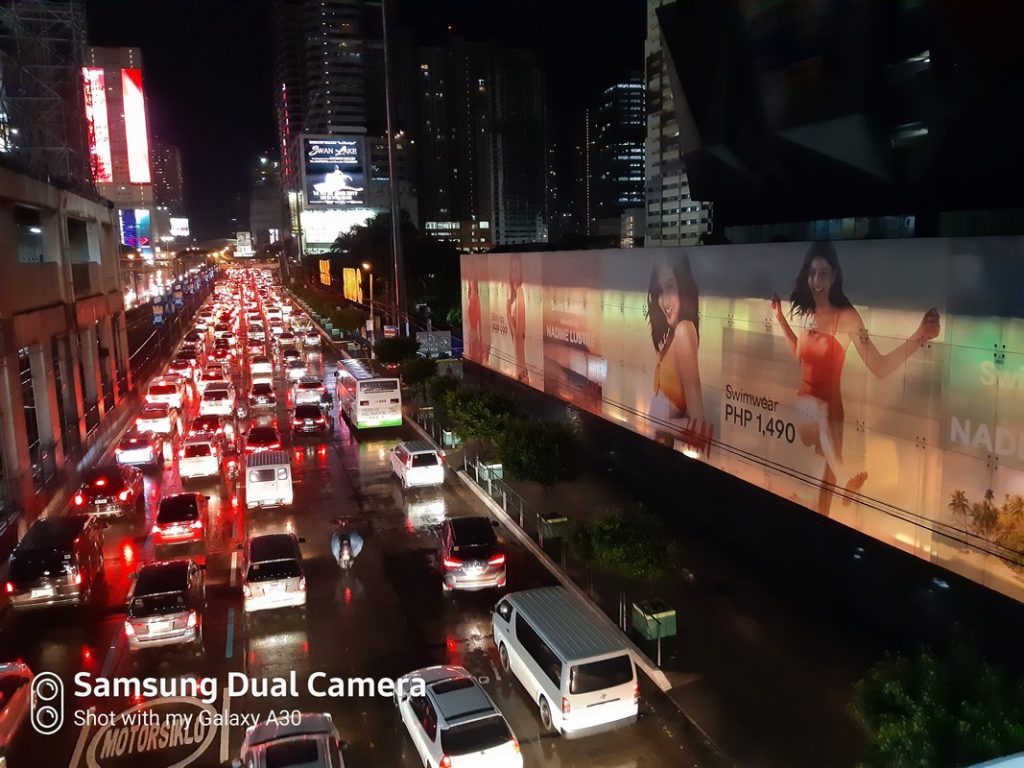 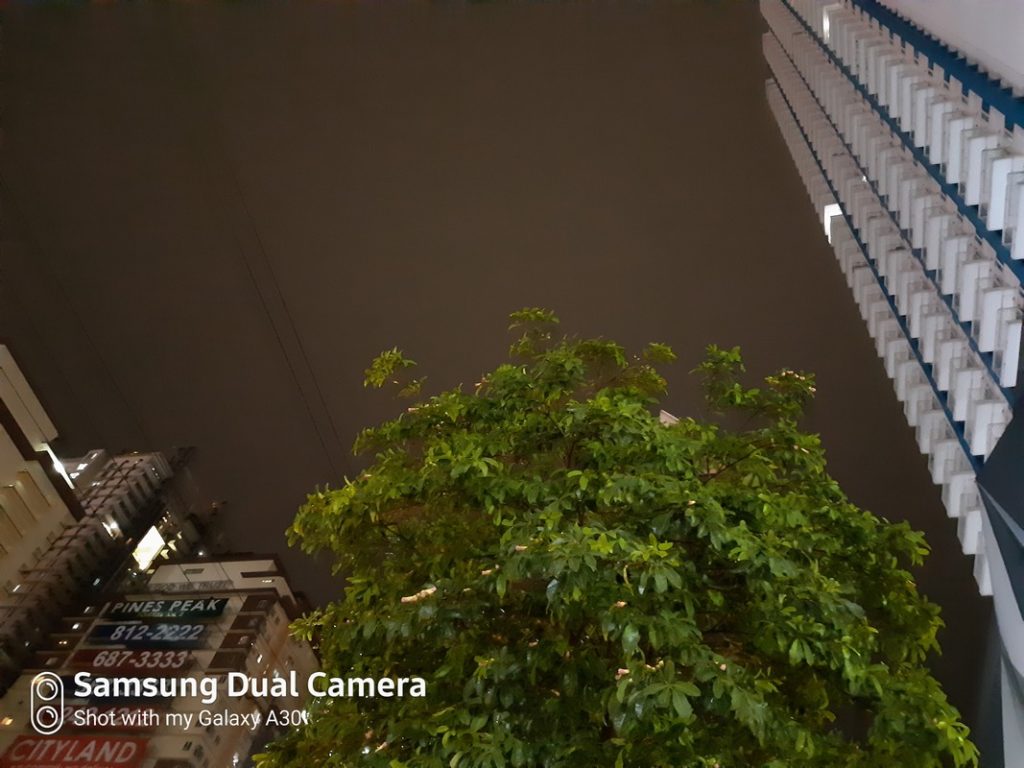 Overall however, the cameras do get the job done.

In terms of everyday usability, the Samsung Galaxy A30 is solid due to its really good 4000mAh battery. As mentioned above, you can even toggle dark mode to make that battery last even longer. The battery also supports fast charging.

In terms of how it handles, you’ll experience just a bit of slowness when it comes to starting up apps and multitasking due to the processor. Fingerprint unlocking is easy to reach physically but the process of unlocking (even with the use of Face Recognition) isn’t the fastest, although is something that won’t be that much of an issue with regular usage. It is worth noting, however, that the phone does have an option to reduce animations which should help with the processing speed.

As a midrange phone, the Samsung Galaxy A30 excels in terms of display, design, and battery. Performance though does take a hit when it comes to multitasking and heavy gaming, but if you’re after the more basic everyday functions of a phone, the phone should still get the job done. The phone’s cameras are also just decent.

Overall, if you value having a high quality AMOLED display above everything else, the Samsung Galaxy A30 is a phone worth looking at. If you do plan on gaming a lot though, the A30 might not be the best option, especially given new midrange smartphones with more powerful processors.

Geek Lifestyle Review: Samsung Galaxy A30The A30 shines in terms of display and battery life. While the cameras may not be the best in the range, it does get the job done. The processor does cause some slowdowns but, from an everyday usage perspective, might be something you can look past depending on your needs.