Get your gaming fix even when you’re busy with Dungeon Rush: Rebirth

A great game for you busy bees! 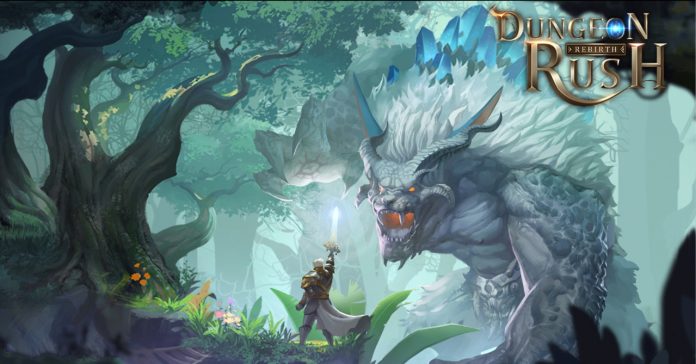 Sometimes, life just gets in the way of gaming. While getting your gaming fix is no doubt fun, there are times when it just isn’t possible with the tons of work on your desk, or the mounds of homework to do if you’re a student. This is especially true if you love playing console titles or multiplayer games that require your full attention. Though if you’re like me and just have to get some gaming on even when there’s tons of work to be done, there are mobile games that you can play which don’t require you to drop whatever you’re doing — Idle RPGs.

In case you’re unfamiliar, Idle RPGs are games that offer an RPG experience complete with an extensive list of heroes and items, all without the need to actively participate in (often tedious and grind-heavy) combat. One such Idle RPG is Dungeon Rush: Rebirth, a primarily singleplayer mobile title released just last May 29 that can give you a fun gaming fix even if you’re busy.

You may be wondering: how exactly is Dungeon Rush: Rebirth fun if you don’t even have to play it? Well If you think about it, combat in RPGs is just one part of gameplay. There’s also leveling up characters, resource/equipment management, and team composition strategizing. Dungeon Rush: Rebirth offers all the aspects of RPGs that you know and love, just without the combat. Think of it this way; without the combat, you can still play the game without taking your focus off whatever task is at hand. After all, the management/strategy side of RPGs can always be done at your own pace.

Dungeon Rush: Rebirth is a great game to play for busy bees, but what sets it apart from other games in the genre? Unlike other Idle RPGs with more cartoony art styles, Dungeon Rush: Rebirth features a darker art style with exquisite character art and unique hero designs. Complementing the game’s striking art style are the defined background scenarios in-game.

Moving on from its awesome design, Dungeon Rush: Rebirth features over 200 heroes, each with a unique set of skill and character class combinations. Because of their differing classes, players need to bring a combo of different heroes depending on each scenario in order to win. Players also need to equip their heroes with the best of the game’s diverse set of randomly-generated equipment to further strengthen them.

To top it all off, Dungeon Rush: Rebirth has a wealth of social functions such as guilds and game ranking. And while it may be a game with a big focus on the singleplayer campaign, players can enter the Arena to challenge players from all over the world in 1v1 matches. If that isn’t enough, the Arena also has 3v3 and team battle game modes.

This article is made in partnership with DH-Games.