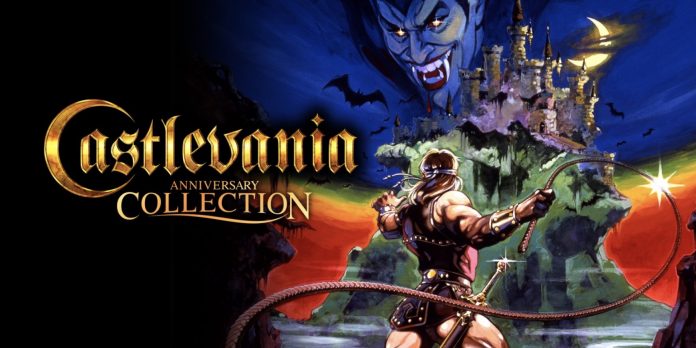 Konami had recently released their first Anniversary collection in the form of shoot em up’s, and while that was a release that really suffered from botched expectations (arcade collection = 90% shoot em ups?) and lack of title variety, this second release can’t get any clearer than advertised. In this release, you’ll get some of the most classic Castlevania games, 8 titles to be exact spanning from 1987 to 1994, making this release a much more desirable one over the first. Worth the 20 bucks? Check out our review!

Personally, my favorite is Super Castlevania 4, and I can tell you that it is a title that really tested my patience back in the day. I have not played the whole collection prior to this, specifically the Game Boy titles, but Bloodlines was a particular one that I wanted to try out the most, and it certainly did not disappoint. Instant time machine back to the 90’s and more than anything, I was surprised as to how much the game plays very well even by today’s standards. Sure the graphics are dated and the audio could be better, but back when this was released over 25 years ago, Bloodlines was a superb game for its time due to its tight controls and focused action.

There’s really just something about older games. Tell me, are these titles tougher than the more recent Castlevania entries? The titles in the collection are honest to goodness platformers that have little to no RPG elements in them. No overpowered equipment or cheesy weapons (*coughcrissaegrimcough*) here, just pure hair pulling platforming fun that will put your skills to the test. The older titles also go back to the Castlevania basics, so throw away most of what you know of the current titles. Hearts? Ammo for your special weapon. Meat? HP fillers. It’s a real eye opener for the more current fans of the series to get to play the foundations of the franchise, and while it ain’t for everybody, these titles deserve their own spotlight and some can clearly stand the test of time. I can’t say the same for the Game Boy and the NES outings, but the SNES and Genesis titles are really still timeless classics.

Putting Super Castlevania 4 and Bloodlines aside since these are the most polished and most playable among the collection, one other title that deserves recognition in the collection would be Kid Dracula, if only for the fact that this is the first time the game has been localized in English. It’s a fun and colorful platformer compared to it’s grim and grisly counterparts, and while it feels weird to be playing something like this as part of a Castlevania collection, it’s an intriguing but certainly welcome addition to the bunch. I’ve had my fair share of fun gameplay with it, but it’s probably the one game among the bunch that feels the least Castlevania-ish.

Similar to the first arcade collection, this release includes a bonus eBook called “The History Castlevania: Book of the Crescent Moon” which contains art and developer interviews and while it’s not a lot, it is a welcome addition, the cherry on top of the cake if you will. There are trophies as well for trophy hunters which is a nice touch to a modern release, and honestly, it should actually be a necessity for all titles moving forward. Also, as with a modern release, there are save states for each game which is a life saver for those times when you just need that extra help since these titles are not the easiest to deal with.

I may sound like a broken record but the Castlevania Anniversary Collection is a must own for fans of the series, and I’m sure there are a lot of you out there, me included. Whether you’re a long time fan or have just been introduced to the series fairly recently, 20 bucks is not a lot of money to throw at something that gives you a fairly thorough experience of the franchise. While the other games in the collection will feel very dated and understandably so, especially the Game Boy entries, the inclusion of Bloodlines and Super Castlevania 4 more than makes up for the other 6 titles and makes it worth the price of admission.

Castlevania Anniversary Collection is now available digitally on the PS4, Xbox, Switch, and PC for 19.99$!