‘Detective Conan: The Fist of Blue Sapphire’ releases in PH theaters on June 26 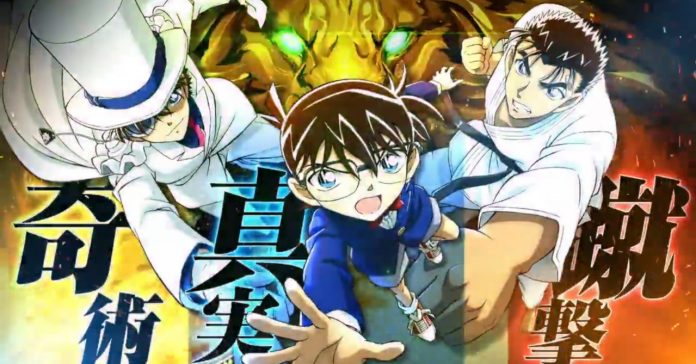 Great news Pinoy anime fans! Formerly slated for a July release, the anime film ‘Detective Conan: The Fist of Blue Sapphire’ will now screen in select PH cinemas this month, specifically on June 26. This announcement was made earlier today by ODEX Philippines.

Not familiar with the movie? Fist of the Blue Sapphire is the 23rd film in the long-running Detective Conan franchise. The film is the first in the series to take place outside of Japan; specifically, the story is set in Singapore.

GSC Movies describes the film as:

The 23rd instalment of the “Detective Conan” franchise and of the “Case Closed” series based on Gosho Aoyama’s manga series of the same name. This time the focus is on ‘blue lapis fist’, the world’s greatest blue sapphire. It is said to have sunk in the late 19th century, in a pirate ship on the coasts of Singapore. When it is displayed at an exhibition at the Singaporean Marina Sands hotel, after a local millionaire retrieves it, a murder takes place there. At the crime scene, a bloody Kaitou Kid card is found.

ODEX Philippines has yet to announce the list of cinemas where the 23rd Detective Conan will screen on the 26th.

- Advertisement -
Previous article
Check out this crazy Dragon Quest Slime controller!
Next article
Cool freebies are up for grabs with Huawei’s Back to School promo