Nike and Netflix team up for ‘Stranger Things’ sneaker collection

Another TV series is getting the sneaker treatment! Nike recently revealed it’s new collab line of sneakers with the hit Netflix series, Stranger Things. The Nike x Stranger Things collection will be split into two drops, and will feature three silhouettes: the Cortez, Blazer, and Tailwind.

The first drop of the collab features a green-and-orange colorway for the three silhouettes — representing the colors of Hawkins High School. The Cortez and Blazer feature predominantly white colorways with green swooshes and red accents. As for the Taliwind, it comes in a primarily green color with orange swooshes.

The next drop of the collection is called the ‘OG Pack‘ and is adorned with red, white, and blue colors — symbolizing Independence Day in the US (as Stranger Things S3 takes place in July of 1985).

Aside from sneakers, the collab also features Stranger Things-themed apparel such as T-shirts and hoodies. 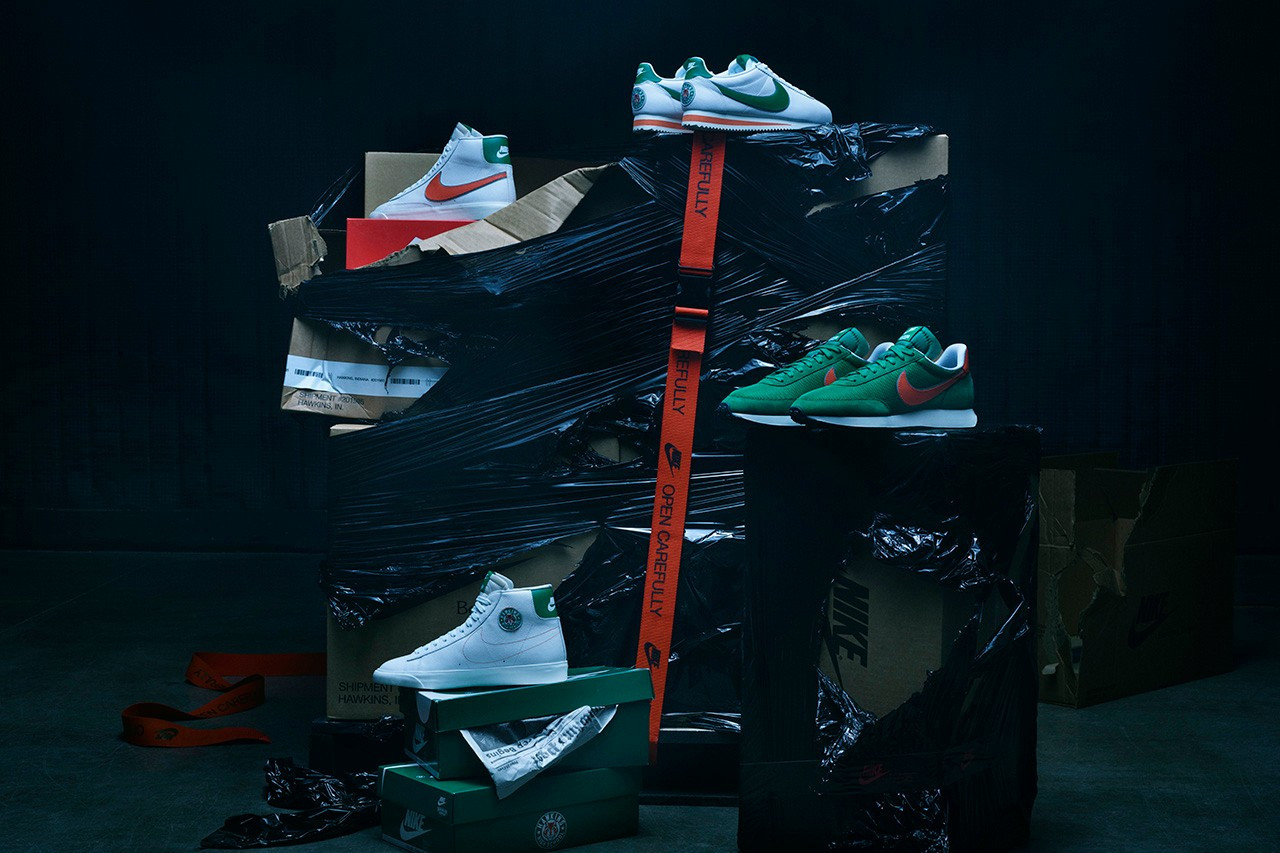 The first drop of Nike’s Stranger Things collection will release at the Nike website on June 27, with the second drop having a July 1 release date. No word yet on PH availability though.

As for Stranger Things, the series’ third season starts streaming on Netflix on June 4, 2019.