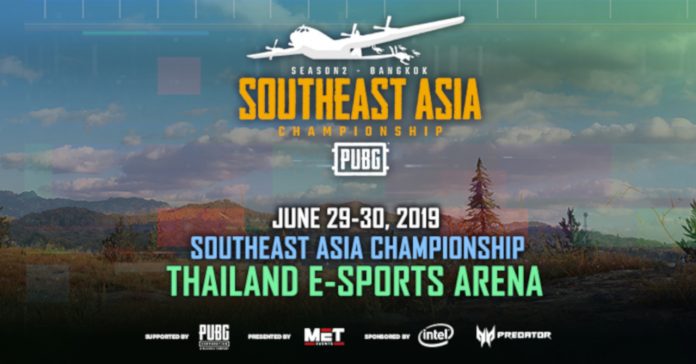 Heads up PUBG fans, Season 2 of the PUBG SEA Championship is happening this weekend in Bangkok! Organized by MET Events and presented by Predator, the PUBG Asia Championship will take place on June 29-30 at the Thailand Esports Arena in Bangkok, and it’ll feature 16 of the best teams in SEA as they compete for the lion’s share of the USD 100,000 prize pool.

The 16 teams of the tournament will come from the following countries: Thailand (4 representative), Vietnam (4 reps), Indonesia (3 reps), the Philippines (2 reps), and d Malaysia/Singapore (1 rep). The two Pinoy teams representing the Philippines are ArkAngel Predator PUBG and DOGZ, as the two teams topped the recent PUBG PH qualifier.

The top three teams at the end of the tournament will not only win cash prizes, the teams will move on to the bigger MET Asia Series: the PUBG Classic which has a larger prize pool of USD 300,000 USD that’s happening on July 26-28. The winner of the PUBG Classic will then become the region’s representative for the PUBG Global Championship 2019.

For more info on the PUBG SEA Championship Season 2, visit the official Facebook pages of Predator Gaming and MET Events.