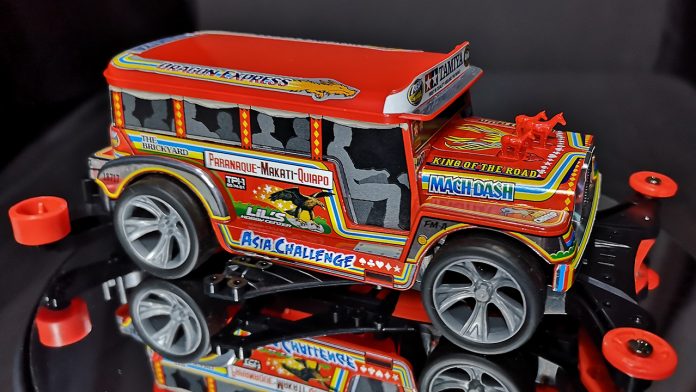 It’s a celebration of Philippine culture as one of its cultural icons gets recreated by Tamiya! This unique Mini 4WD Kit aptly called ‘Dyipne’ (pronounced as ‘Jeepney’ for those of you outside of the country) is a limited edition kit that will be released in the Philippines on Thursday, June 6 2019.

The kit is colorfully vibrant just as the Jeepney is known to be. The release of this kit marks the first time the Philippine icon will be memorialized in a model kit. Ferdie Kahn (owner of the Brickyard, which is the home of Tamiya in the Philippines) shared his thoughts on this milestone: “It is really exciting to finally have a kit that is truly and uniquely a Philippine cultural icon. it really goes to show that Tamiya recognizes the Philippines as one of its most important partners.” 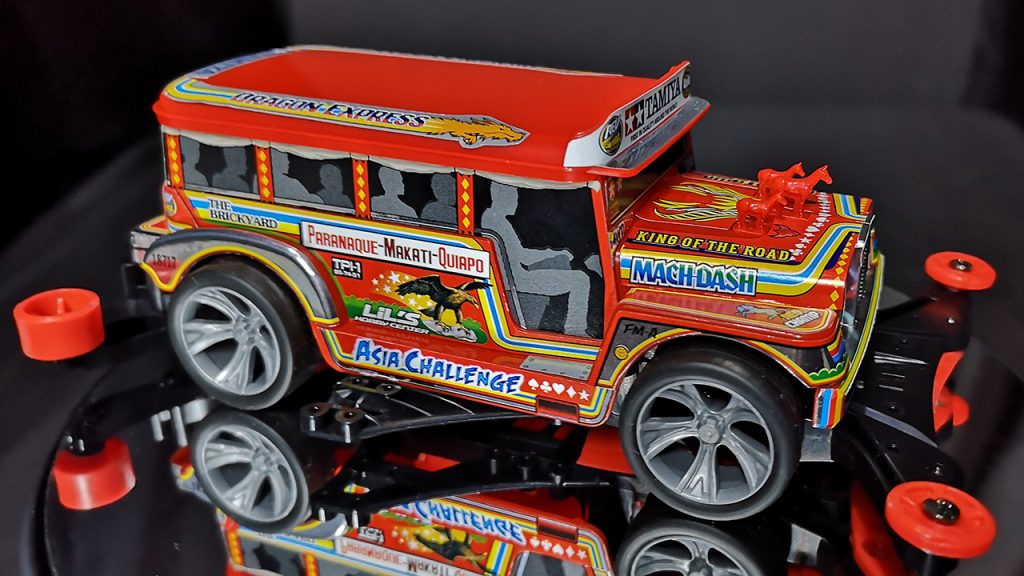 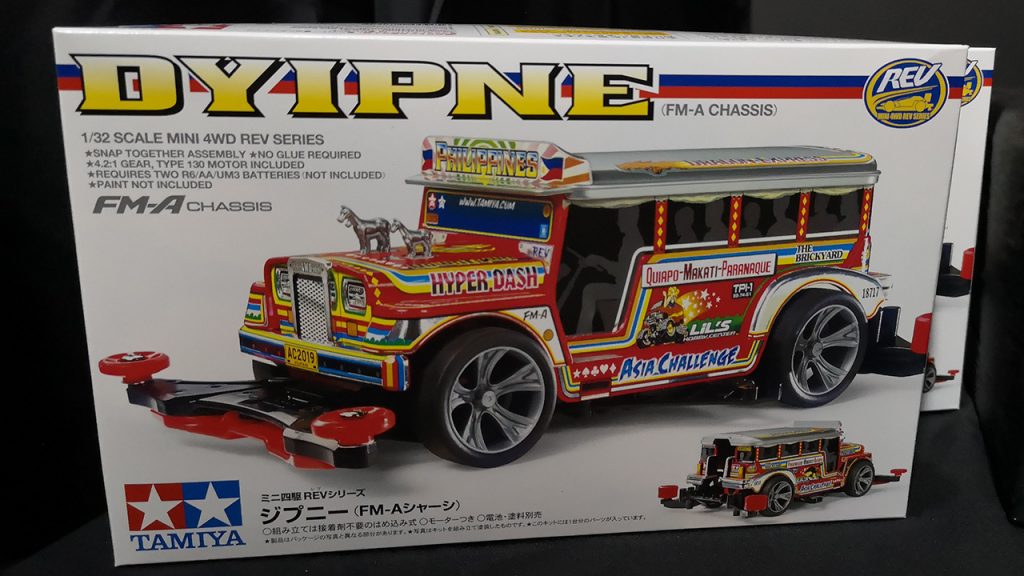 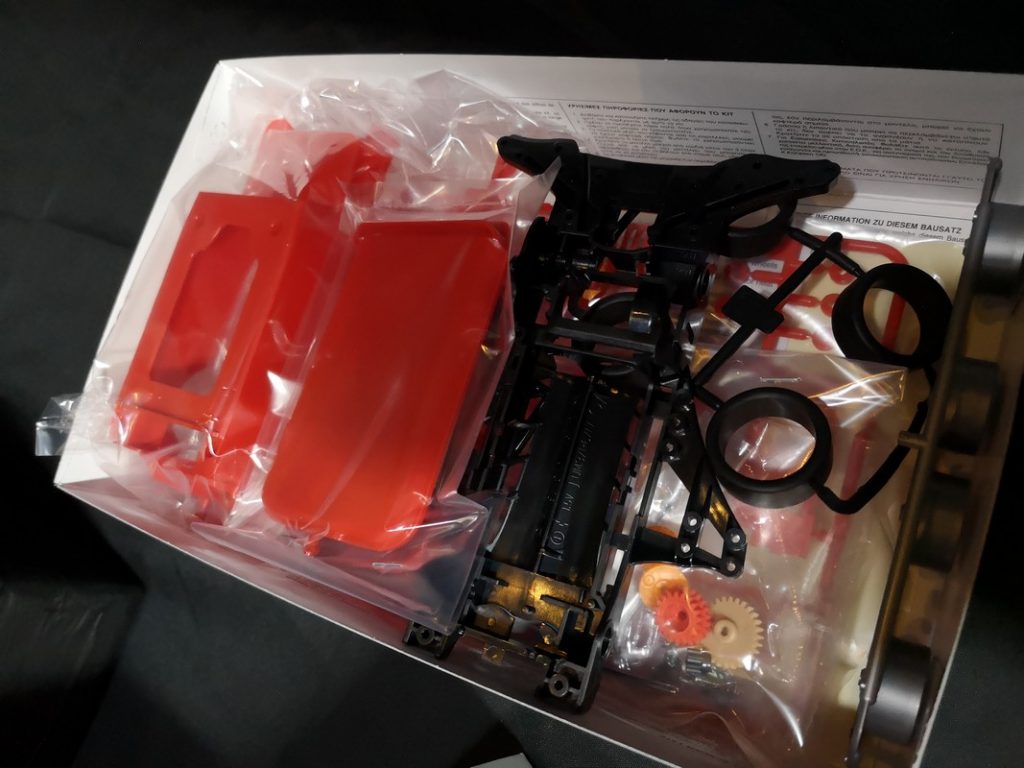 The Limited Edition Tamiya ‘Dyipne’ will be available in the Philippines from June 6, 2019 at The Brickyard and Lil’s Hobby Center for around PHP 700. The item will be sold exclusively there for a few months before it goes on global release.

UnGeek, along with other media sites, were treated to a Brickyard Media Day where this beauty was revealed. Aside from the exclusive reveal of the Tamiya Dyipne, the media were invited to experience the love for Tamiya building and racing. We each had the opportunity to build a stock kit and race against each other. It was an amazing experience for both people who were into building and those who have yet to experience it.

As we tinkered with our kits, we also got the opportunity to speak to Ferdie Kahn. He shared with us his love for the hobby and how the Brickyard has become a hub for Tamiya Fans to have fun wit Mini4WDs, Model Kits, Radio-Controlled Items. In fact,  the reception for this was so great that a new Brickyard branch will be opening this month at Vertis North! 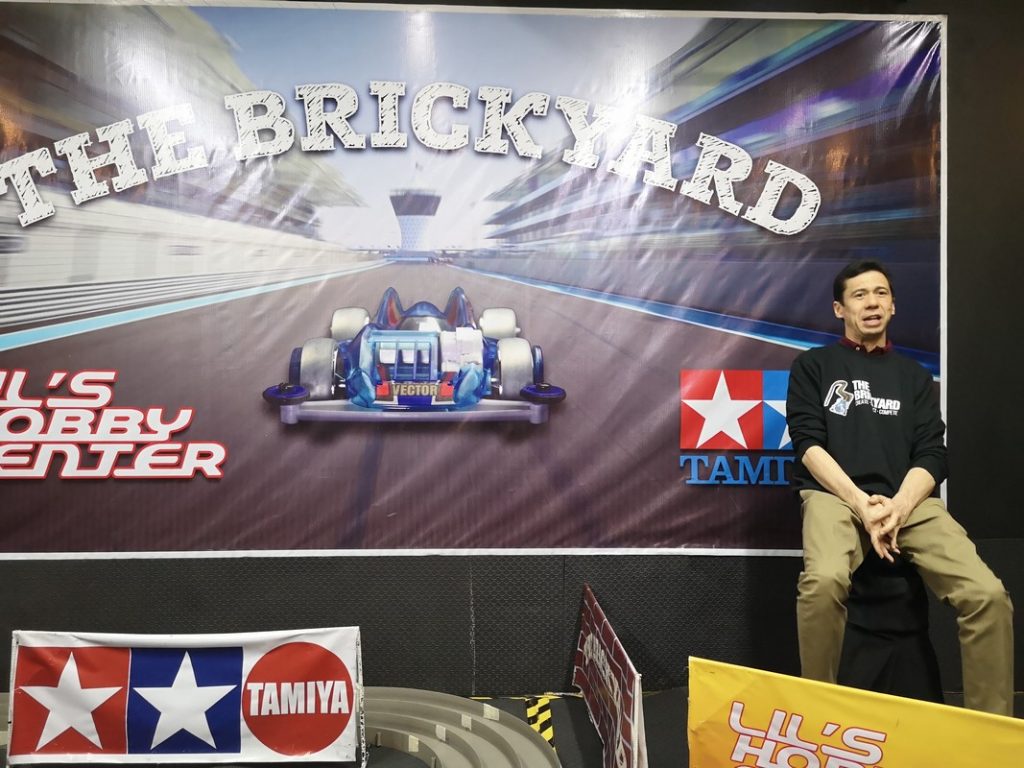 He also mentioned Brickyard and Lil’s Hobby Center will be hosting the Tamiya Mini 4WD Asia Challenge Event in Manila on June 20-23. This will be featuring 250-300 competitors from 10 countries such as Singapore, Hong Kong, and Malaysia. The winner of the event will head to Japan on November to fight it out in the Word Championships! It was evident that this hobby was growing more and more than it ever was.

After his speech, we went back to the building. Personally, I was one of the people who has never done any model building (nope, not even Gunpla). It was a nice experience and I could definitely see the appeal and how therapeutic this was to many. However, I will admit that I got amazingly lost at times so I sought help from UnGeek friend, Leoren, who helped me finish building the UnGeek car… when I say “helped me finish”, I mean she pretty much did 70-80% of the whole process. XD

I was surprised with how fun the racing aspect of it was! Cheers and laughs filled the Brickyard as we all went through the activity. Considering how much of a rush it was (because we almost barely made it in time to the race), you can imagine my surprise when the UnGeek Car WON THIRD PLACE! @__@ Thank you, Leoren! This victory was yours 😛