‘Watch Dogs: Legion’ revealed, where ANYONE can be your Protagonist

Amazingly ambitious concept but can it deliver? 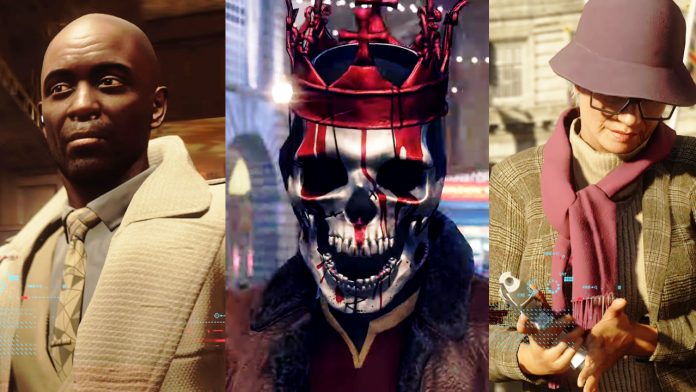 Arguably the BIGGEST announcement out of the Ubisoft E3 2019 Conference was their reveal of the upcoming latest installment of the Watch Dogs franchise – ‘Watch Dogs: Legion’. The conference opened with them showing this gameplay video which revealed the game’s VERY ambitious premise. Check it out:

One Helluva Concept… but Can They Deliver?

Like all Watch Dogs games, this is another open world game that’s akin to Grand Theft Auto. The HUGE difference this time though is that there seems to be NO MAIN PROTAGONIST. The core concept of Watch Dogs: Legion is that you will be recruiting people from the various NPCs in the game creating the cast of your ‘Resistance’. Each character in the Resistance can become your main character as you can seemingly switch from character to character at will.

That’s all still fine… until it was shown that each character will have their own voice acting, their own origin story (which you need to go through to be able to recruit them), their own roles (i.e. former MI5, Robot Expert, etc), and that each cinematic will have differences depending on which character you were using at the time! This is further amplified by Ubisoft saying that you could recruit practically ANYONE. There’s even PERMADEATH where a character who dies in a mission is lost forever!

On one hand, if this is REALLY what the game has the offer when the final product rolls in, that would be AMAZINGLY REVOLUTIONARY. Imagine having the THOUSANDS of NPCs that will populate the city having their own backstories, cutscene nuances, and the like. It would possibly make for a very replayable game as you would have so many possibilities on how you could go about the missions / story.

On the other hand, it does make you think… can this actually be done? I’m no game development expert but I can only imagine how HUGE the assets of Watch Dogs: Legion would be if EVERY NPC would have all of that. Would the game have multiple endings? Would each character have their own battle movesets (like would an ex-MI5 move differently as a hacker nerd)? And those questions simply scratch the surface on the question of feasibility.

There is a very bad possibility that all this could be an over-promise and that the final version of Watch Dogs: Legion might just give us a waaay tamer version of what was hyped up. In fact, this was one of the issues that some had with the very first Watch Dogs title as some expected way more hacking that what was delivered in the final version.

Don’t get me wrong. I’m personally quite hyped about the announcement and I am sincerely hoping that Watch Dogs: Legion is every bit as epic as they showed it to be. Here’s hoping that we’re in for a good surprise upon launch.

Watch Dogs: Legion launches on March 6, 2020 and will be available for PC, XBox One, and PS4. If the premise wasn’t enough to excite you and get you itching to pre-order, Ubisoft also revealed the details about the Collector’s Edition below WHICH INCLUDES A SKULL MASK WITH A CROWN AND LED LIGHTING! You can check out the video below for more details about it.

Plus you get to play as kickass grannies. Saying that it’s enticing is almost an understatement 😛