Among the year’s pop-up camera phones, the Huawei Y9 Prime 2019 may be the deal to beat

A pop-up camera phone without breaking the bank! 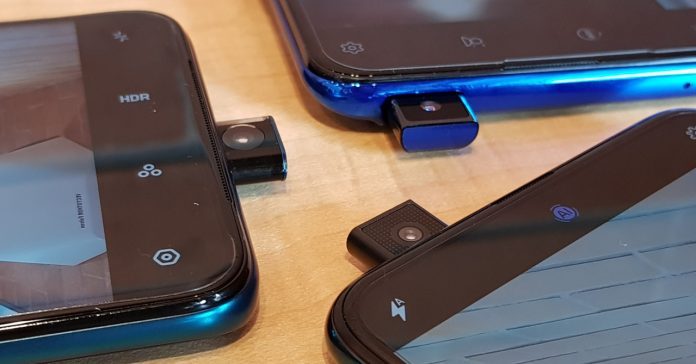 In the race to erase bezels, lots of smartphone brands have tried different features such as notches and rotating camera modules to make their phones “all screen”. An increasing number of manufacturers though are opting for pop-up front cameras, and for good reason. A phone equipped with a pop-up selfie cam means the display won’t need a notch, making for a more “all-screen” front. Not to mention that a selfie cam popping up is futuristic and hella cool. 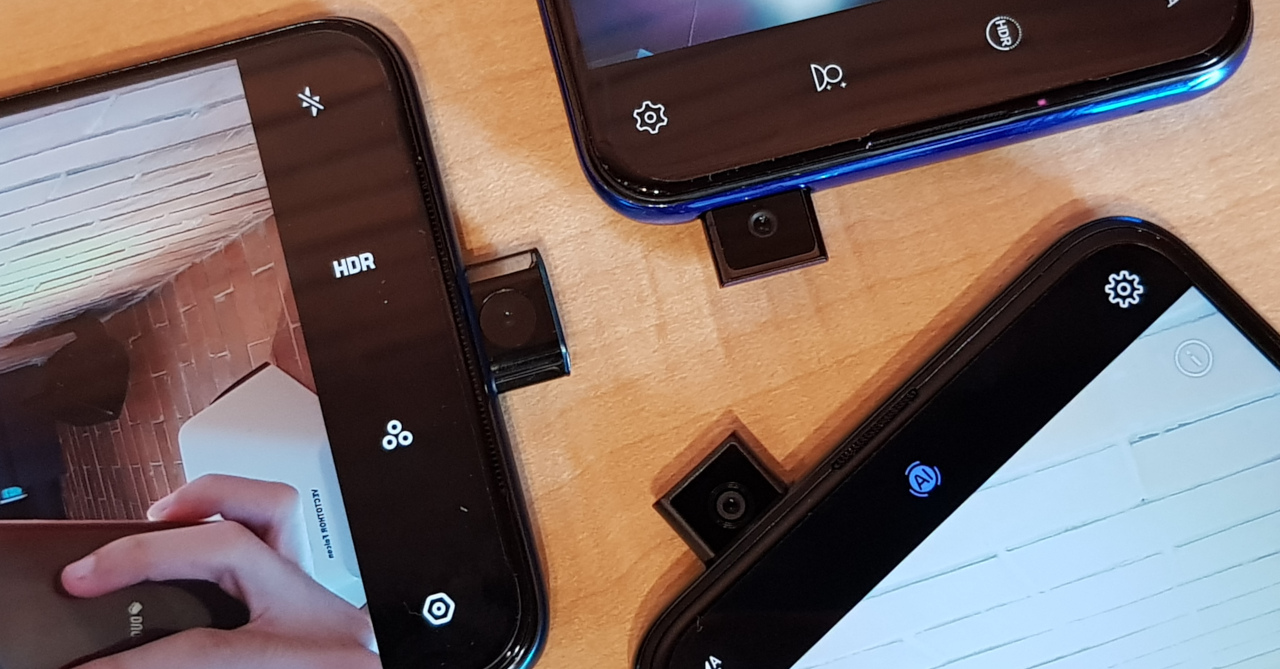 If having a pop-up camera smartphone is an exciting prospect for you, now is the perfect time to buy one, especially as there are quite a number of options to choose from. This year, brands such as OPPO and VIVO released the F11 Pro and the V15 respectively, two phones with pop-up selfie cams. While they’re mid-range phones, the F11 Pro and the V15 aren’t exactly the most wallet-friendly; you still have to shell out around PHP 18-19k for each, not great if you have a tighter budget. 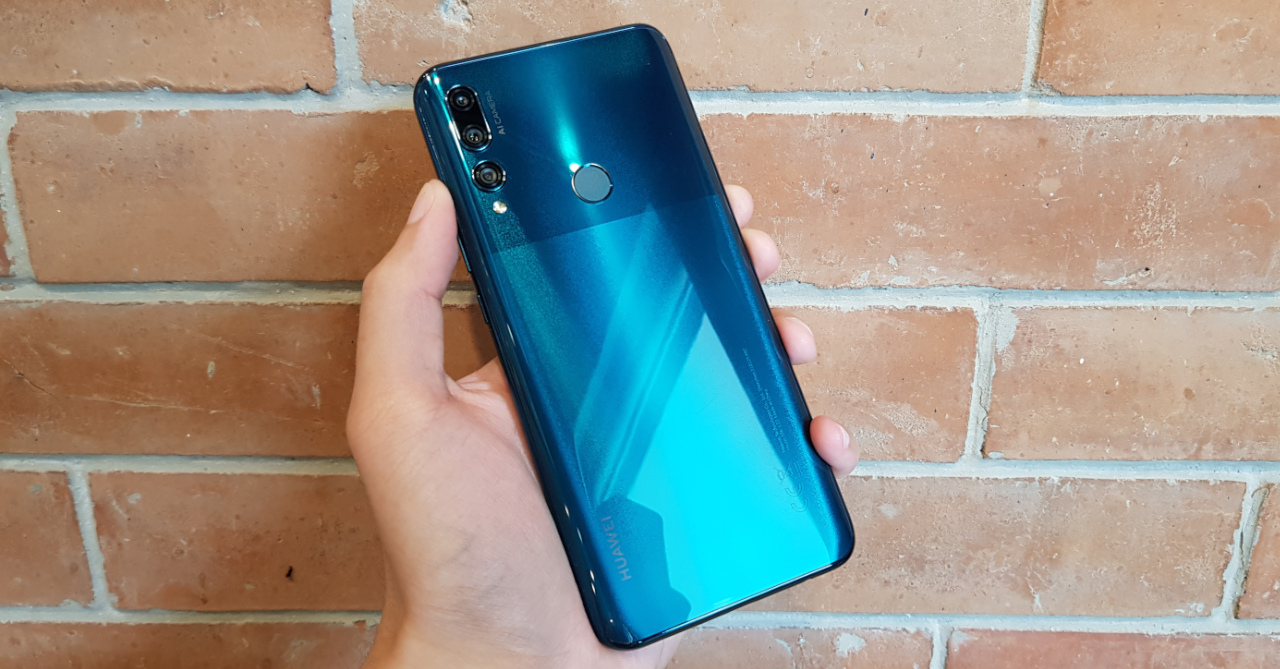 Huawei’s latest smartphone is the brand’s first-ever to come with a pop-up front camera, though it’s far from a flagship phone. The Y9 Prime 2019 is an accessible mid-range device with an incredible price tag of PHP 12,990. Yes, that’s PHP 5k cheaper than the V15 and PHP 6k less than the F11 Pro!

Now you may be thinking that Huawei skimped out on a lot of features to bring their pop-up camera phone to that low a price point. You’ll be surprised, the Y9 Prime 2019 actually has a number of distinct advantages over its more expensive competition. 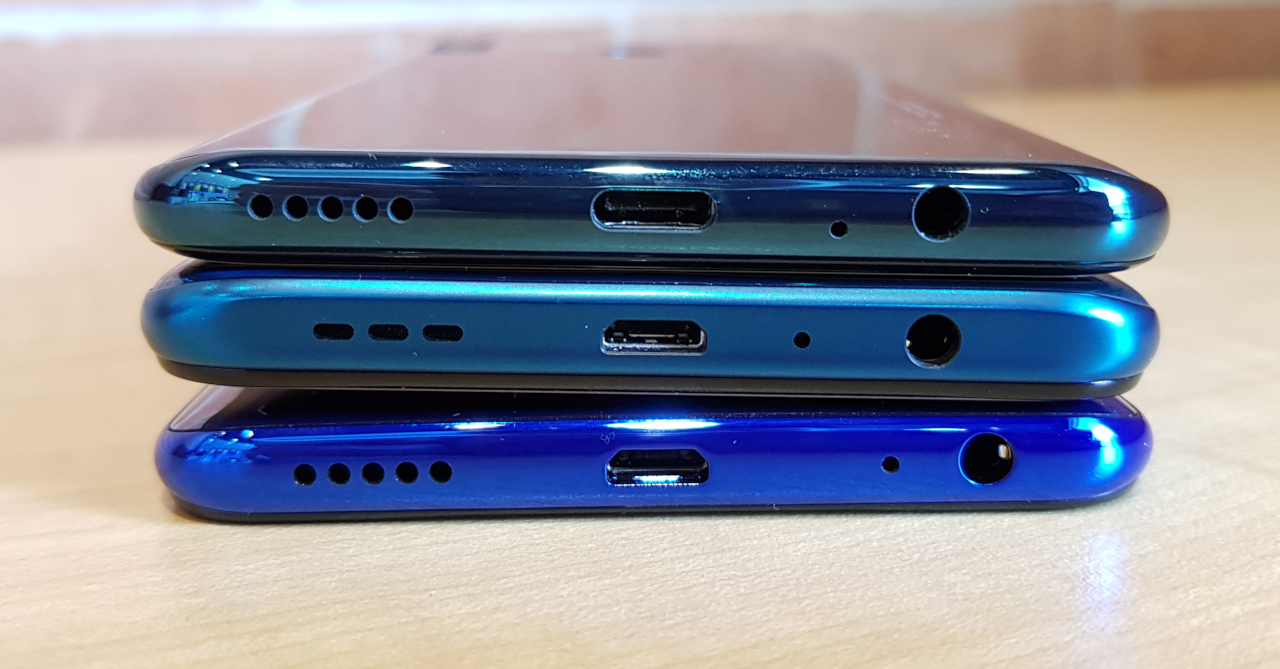 One of the biggest pros of the Y9 Prime over the competition is that it comes with a USB Type-C port. Most smartphones in the mid-range (around PHP 10-20k) come with old microUSB ports, the F11 Pro and the V15 included. With the Y9 Prime 2019’s Type-C port, users will get to experience the convenience of having a reversible connector, along with the rest of the advantages in having Type-C connectivity. 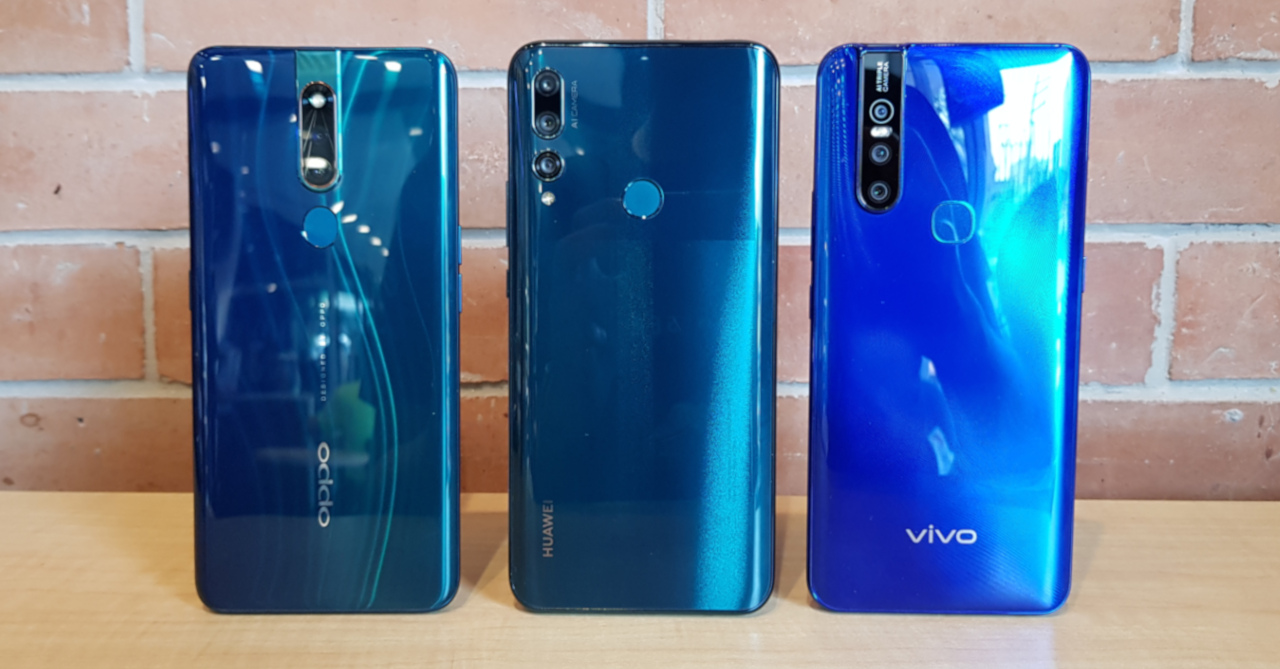 Another aspect where the Y9 Prime 2019 wins over other phones is in design. The Y9 Prime sports an elegant and eye-catching design from both the front and the back. And while you can argue that the F11 Pro and the V15 are also good-looking phones, what you can’t deny is that the Y9 Prime has a better camera design.

An often overlooked design element is a phone’s camera module. Some brands make incredibly thin phones, but with big camera bumps. Not only is a camera bump annoying, it can also make a phone’s camera more susceptible to getting damaged. The F11 Pro for example, has a slight camera bump; the V15, much more so. But with the Y9 Prime 2019, the camera module is almost flush with the back, meaning that the cameras will be better protected from drops and bumps. 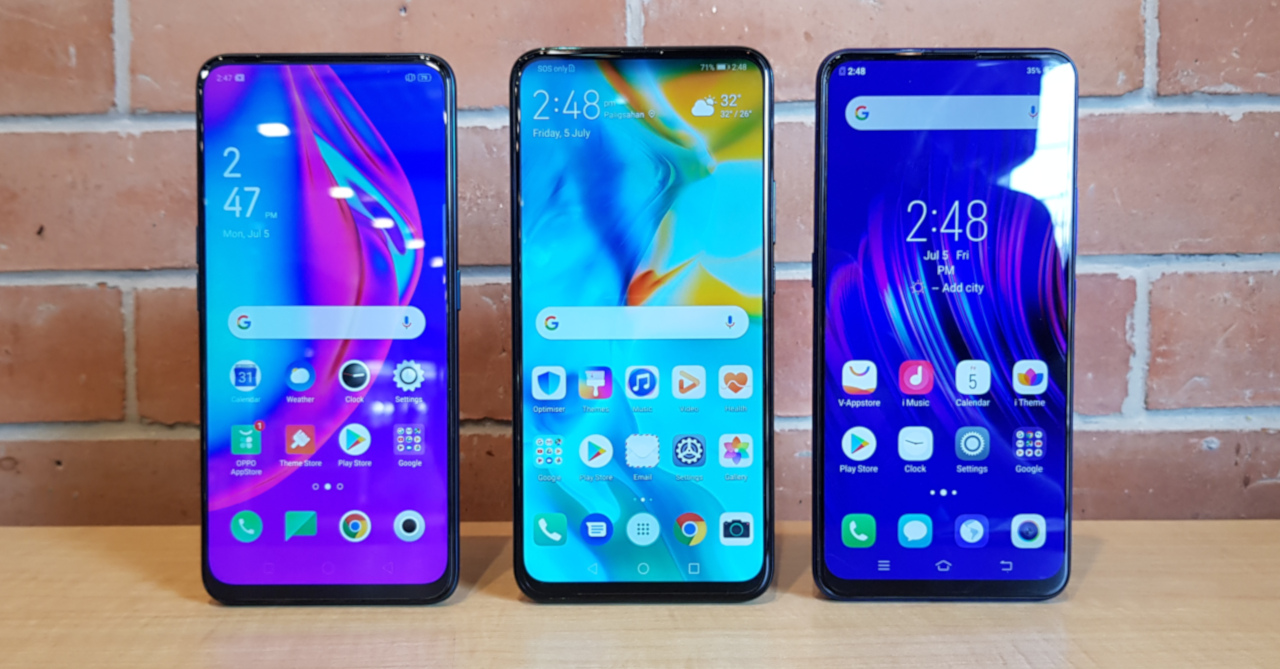 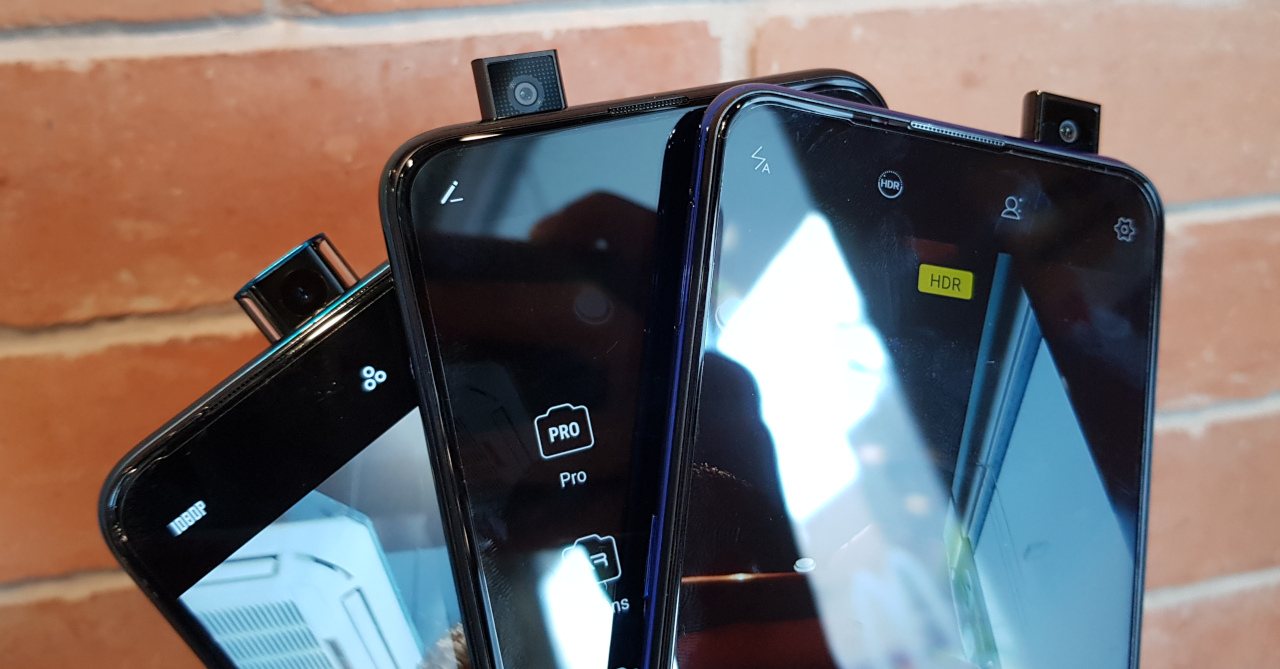 Of course, when you remove price from the comparison, the V15 and the F11 Pro have the specs advantage over the Y9 Prime 2019. But the Huawei mid-ranger is far from a slow phone. In fact, the Y9 Prime breezes through daily use, and it can even handle a couple of rounds of Mobile Legends/PUBG Mobile on medium. There’s also the fact that the Y9 Prime 2019’s cameras produce great photos that punch above their price point at times. 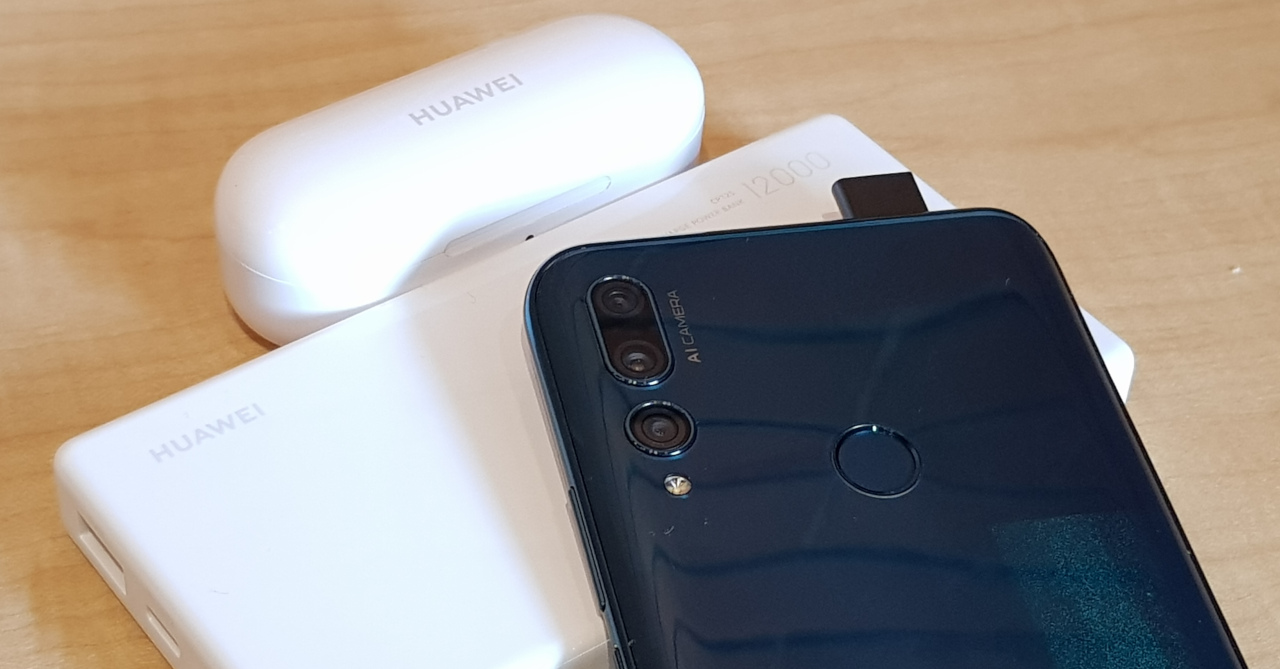 Overall, the Huawei Y9 Prime 2019 may be the most exciting pop-up camera-equipped mid-ranger this year. Even with its wallet-friendly price point, the Y9 Prime offers a trendy pop-up selfie cam, plus a wealth of features that more expensive competing phones don’t even have (like a Type-C port). And while it may not beat the competition in specs, the Y9 Prime 2019 no doubt offers the better value.