2K also announced PH pricing and availability of the game. 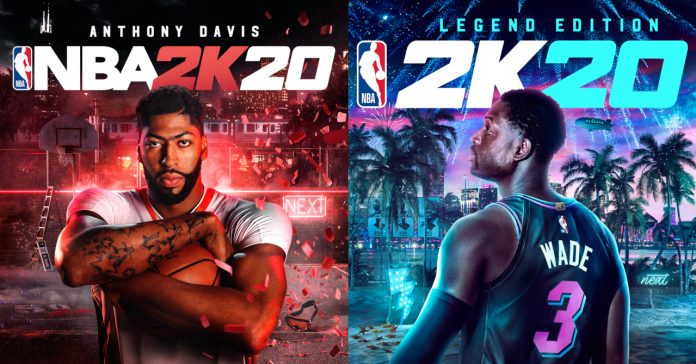 Calling all NBA fans! 2K recently revealed the cover stars for NBA 2K20, and they are none other than Anthony Davis and Dwyane Wade. The new Lakers star, AD, will be the cover athlete for the game’s Standard and Deluxe Editions; meanwhile, DWade will grace the cover of the 2K20 Legend Edition. 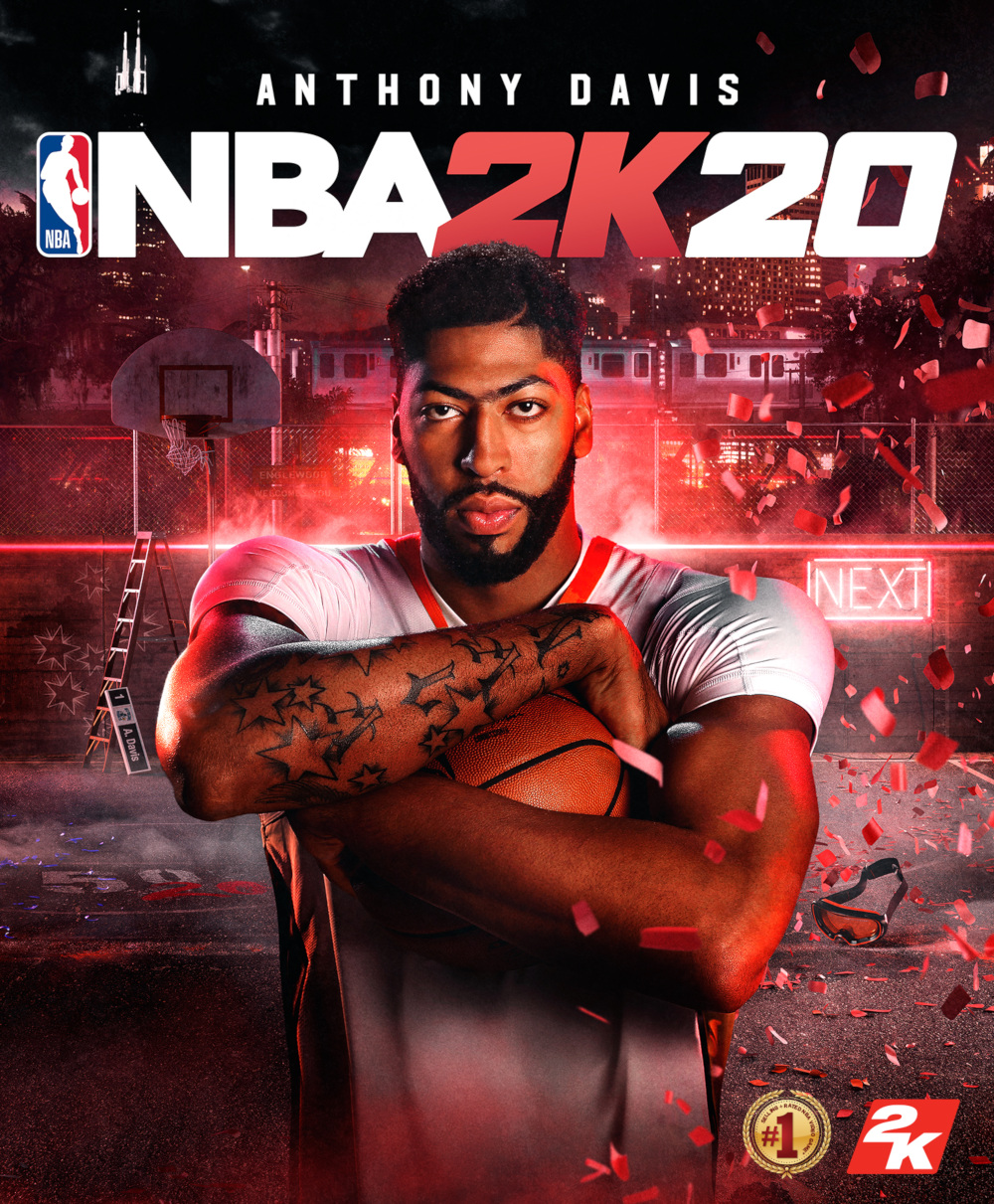 Anthony Davis as the cover star of NBA 2K20’s Standard and Deluxe Editions comes as no surprise, after all, Davis is one of the best players in the NBA right now. In case you’re unfamiliar Davis is a Six-time NBA All-Star, three-time All-NBA First Team, and three-time NBA All-Defensive Team. AD also made waves recently with the announcement of his trade from the New Orleans Pelicans to the LA Lakers.

“I’m honored to be back representing NBA 2K,” said Davis. “Being picked as the face of NBA 2K20 means the world to me, and I’m excited for the fans to experience the best sports simulation in the world this Fall.” 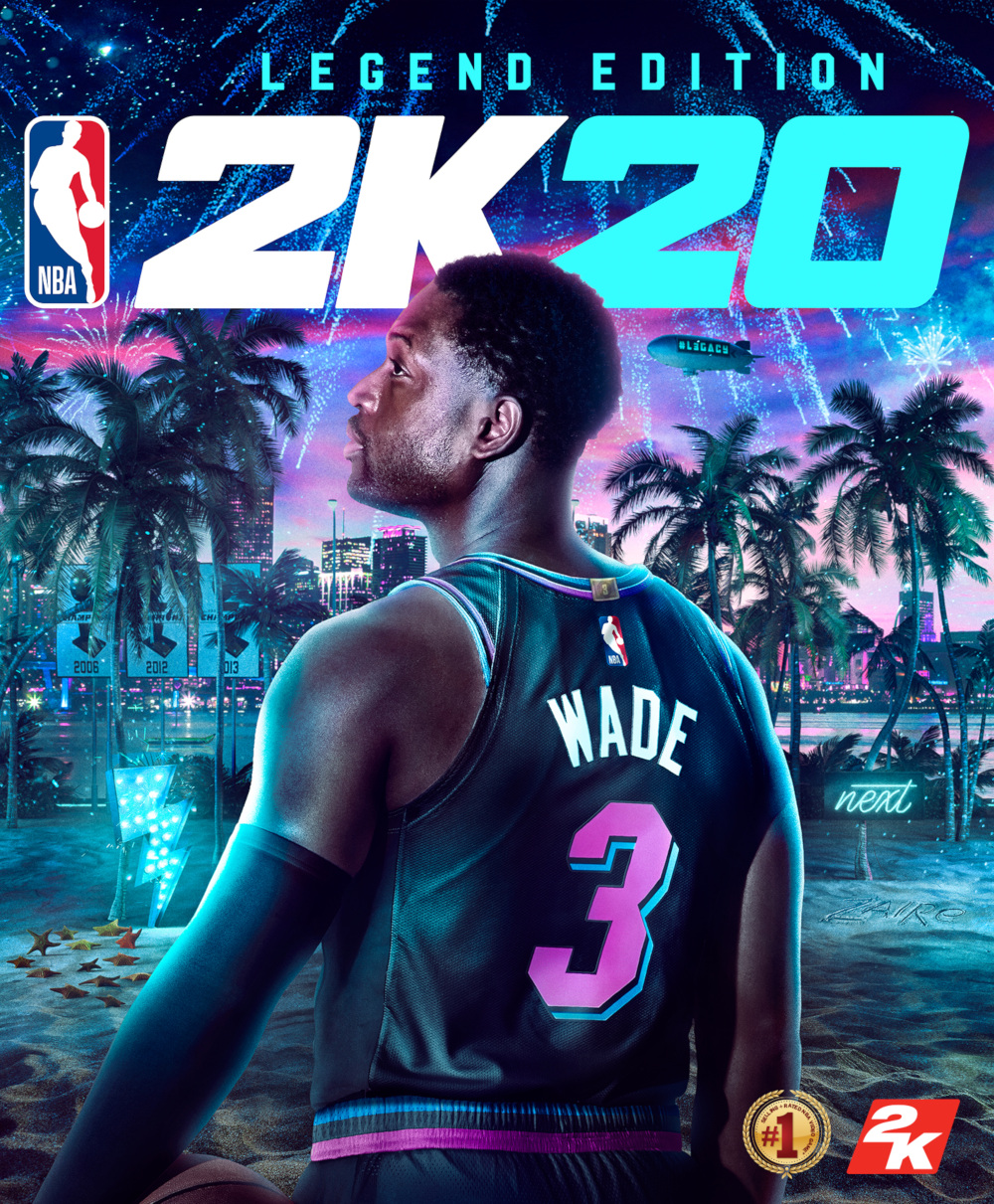 As for the Legend Edition, 2K selected Dwyane Wade, a player that’s no doubt one of the greatest shooting guards in recent memory. He led the Miami Heat to three championships over his 16-year career, and received various accolades, including 13 NBA All-Star appearances.

“I’ve been blessed to spend 16 years of my life playing the game I love at the highest-level, and to culminate my career by joining NBA greats as an NBA 2K Legend Edition cover star makes me incredibly proud. My family and I love NBA 2K, and I’m truly grateful to all of the fans who have watched me, and played as me, throughout the years.” 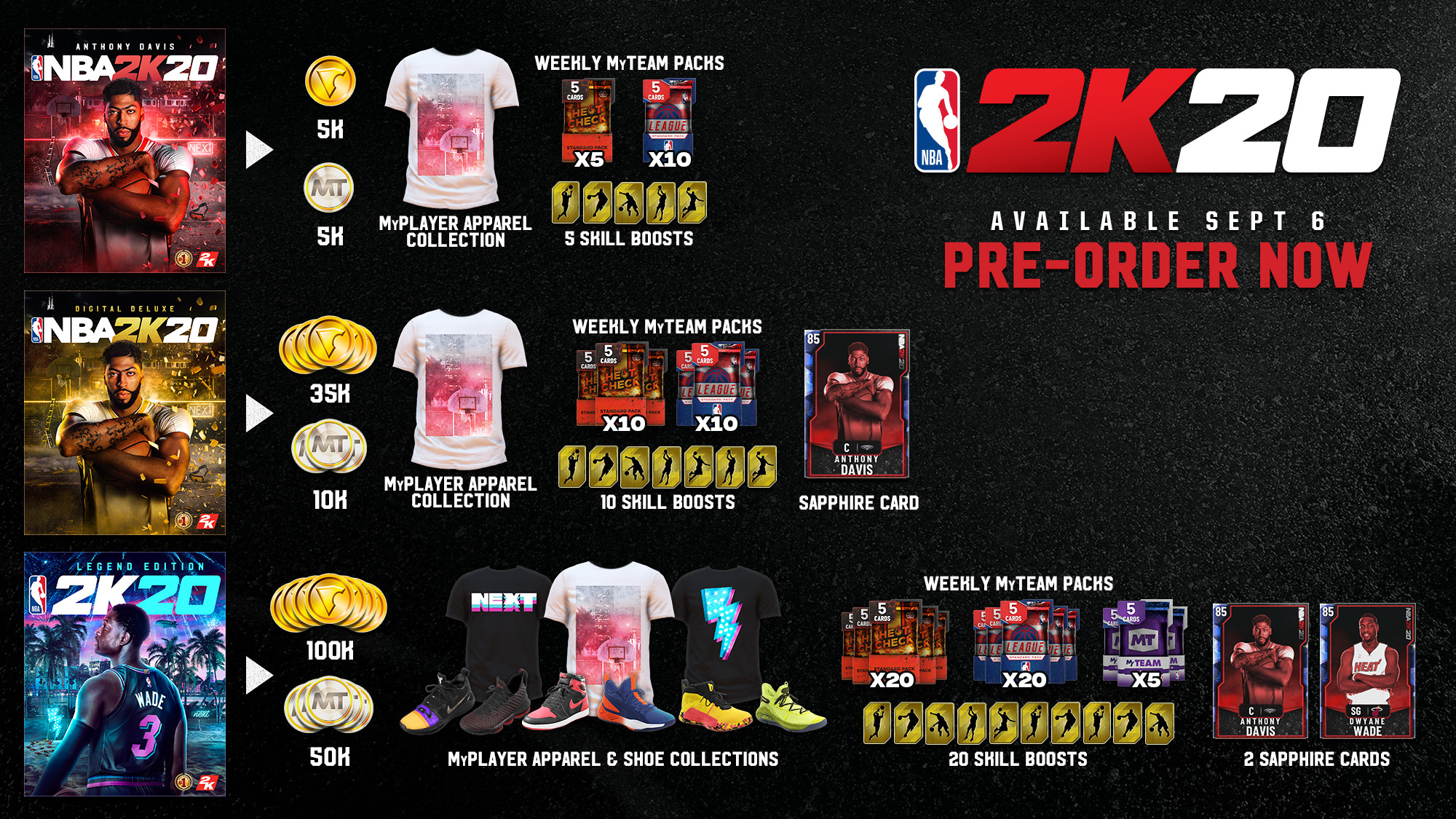 All editions of NBA 2K20 will be available in the Philippines on September 6, 2019. The suggested retail price for the standard edition is PHP 3,190 while the legend edition is priced at PHP 5,390.

Players who pre-order the NBA 2K20 Standard Edition will receive:

The NBA 2K20 Digital Deluxe Edition will be available digitally will include:

Finally, the NBA 2K20 Legend Edition will be available in physical and digital formats, and will feature custom cover art along with exclusive in-game items, including: