Time to get busy! 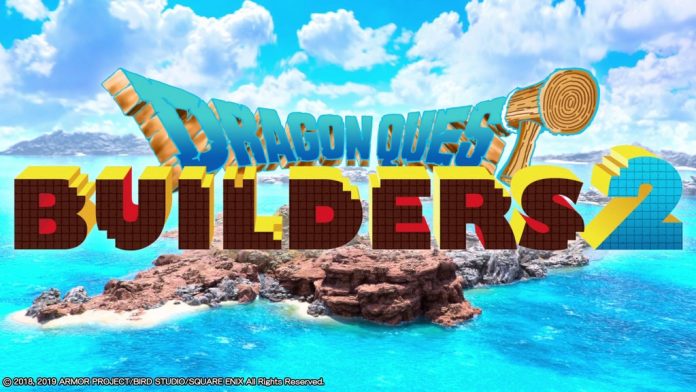 The first Dragon Quest Builders took the core gameplay of Minecraft and the JRPG elements of the past Dragon Quest to create a game that that surprisingly worked and even praised by players. So it came no surprise that we actually got a sequel for this spin-off title. And I got to say, Dragon Quest Builders 2 is a fun and interesting game that’ll keep you occupied for many hours of building as it is packed with many things to create and features a huge island to explore.

True to it’s JRPG heritage, your character (an apprentice builder) wakes up to start his/her adventure, but unfortunately you’re a prisoner on a ship of the remnants of the Demon King’s Army. The thing is that the army is hellbent on making the life of builders and people miserable by imprisoning and preventing them to create anything new. By a stroke of luck, you end up in a mysterious island called the Isle of Awakening where an ancient civilization used to lived and flourish until the invasion of the Demon King’s Army. Accompanied by a amnesiac angsty dude named Malroth, you begin your journey to recreate the whole place and defeat the remnants of the Demon King’s army. 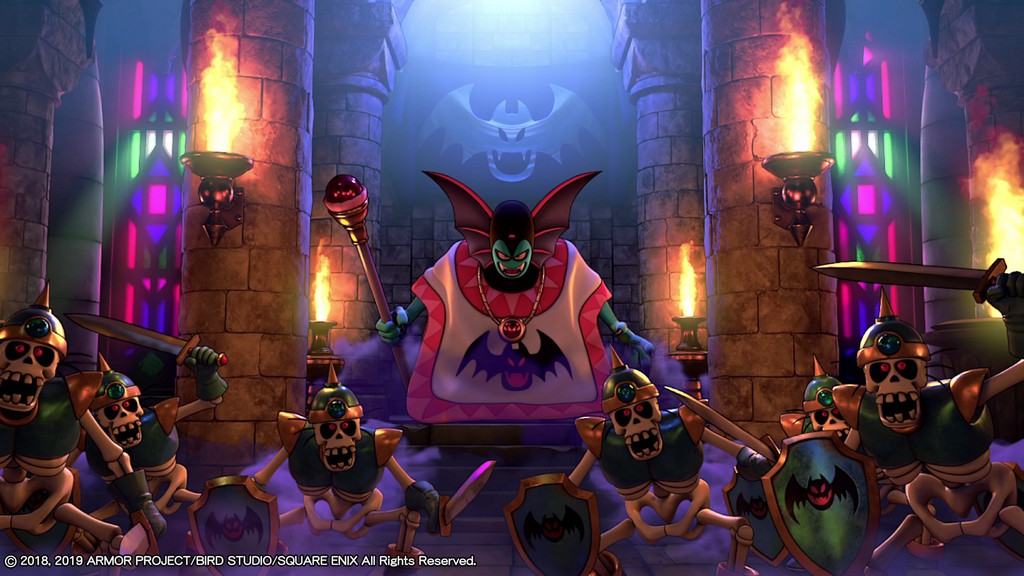 I have never played a Dragon Quest or the previous Dragon Quest Builders game before. That is why I’m glad that the game has it’s own linear story-line and why you won’t feel lost easy to follow. The only thing that I could gripe about is how obvious some aspects of the story is. Without going into spoiler territory, at least the game’s story has a couple of twists that the player might not see coming. 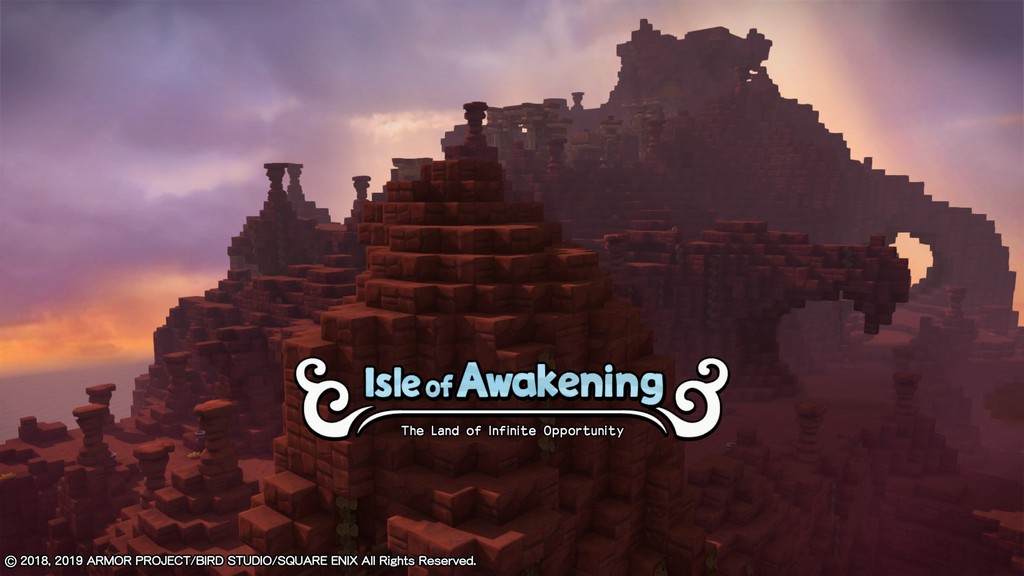 The story could be as cliche and enjoyable at the same time, but the real fun in the Builders 2 is it’s core gameplay. Everyone that I asked said that it’s like Minecraft, and it does definitely play like it (in a good way of course). As you invite other people to your island, you can do dozens of errands by the NPCs and will always be rewarded by your deeds (if not you will be showered by their gratitude and cheer). Not to mention the key items that you can unlock along the way which will help you on creating your own empire plus the goal of advancing the story to reach it’s conclusion. 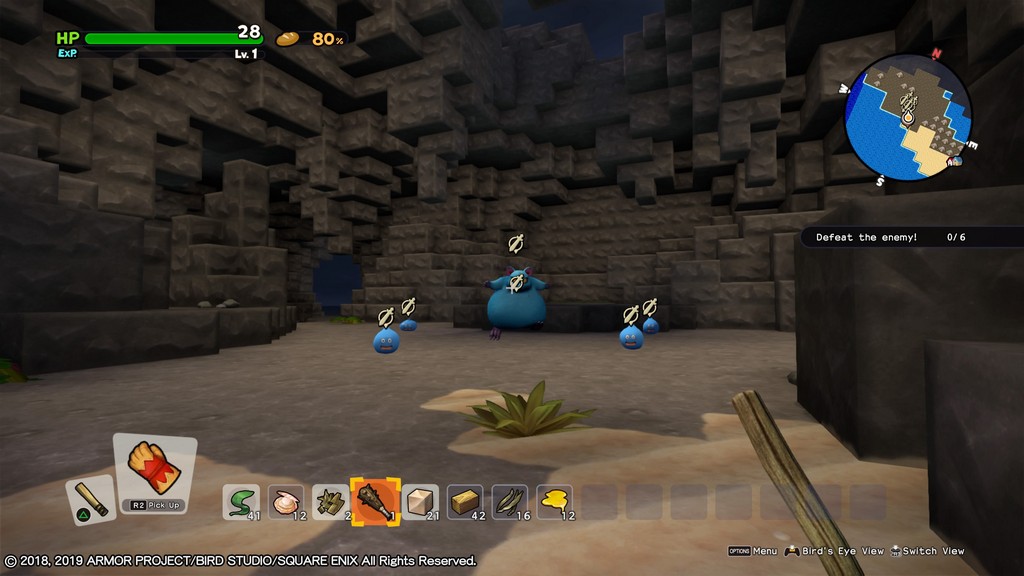 Since the game is a mix of RPG and a sandbox game, building your tiny empire is not the only thing you can do. Along with your brutish partner Malroth, you can go on adventures and explore the whole archipelago for more materials and fight monsters that roam the land. Malroth is sure handy in this case as your character’s fighting abilities is as basic as my gaming skills. For combat, your only option is to swing your weapon until the enemy’s HP to go down to 0, which is why having a companion who knows how to fight is appreciated. Plus, your companion can help you gather materials making the “gathering part” less time consuming and less boring. 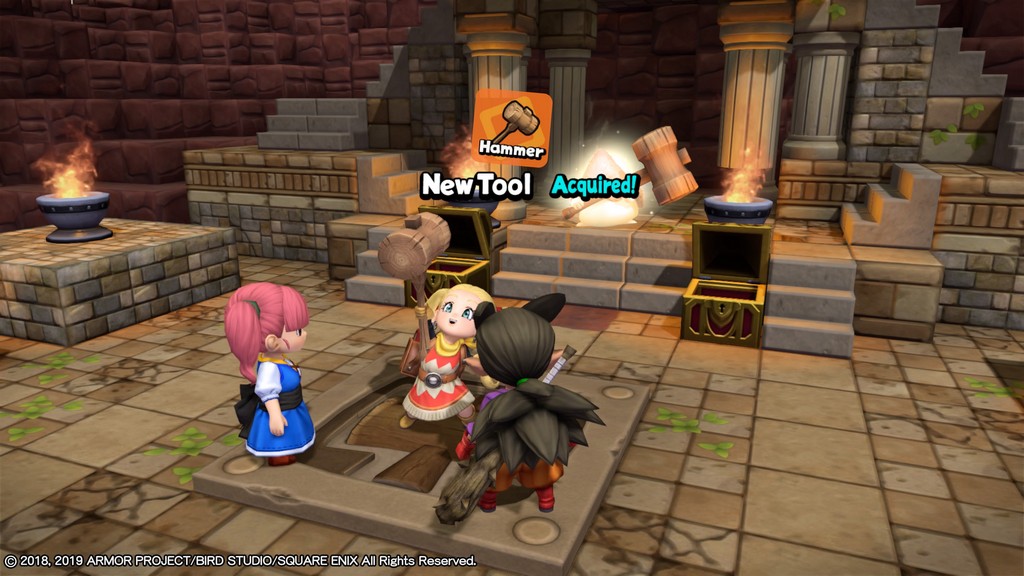 Perhaps another charm of the game is the attachment you can build with some characters. As some of their dialogues can be quirky and even overly dramatic sometimes, you can tell that the creators gave much thought in building up this world for us to enjoy. That even Captain Bones (as I call him) who sank along his ship created a small bond with your character left a bittersweet feeling in my thought.

Lastly, if you still feel like a total castaway you have the option to do Online Co-op to see other people’s work or share your own at the bulletin board. You can even work together to build the Island and have fun.

With an easy to follow story-line, lovable characters, and entertaining gameplay (despite a shallow battle system), Dragon Quest Builders 2 is a really fun game. So much so that you will hardly notice that you’re actually spending lots of time playing with. But who is to blame when you have the power to build your own island with imagination as your limit and create a civilization, all while trying to defend it from the monsters that threatens your own Kingdom.