Now here's an anime film for the whole family! 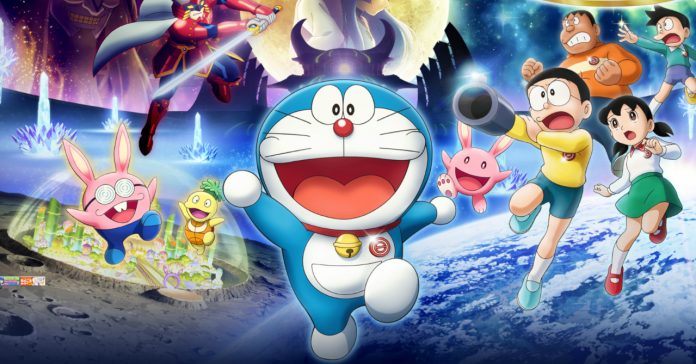 2019 has been quite a year for Pinoy anime fans considering all the anime films that released in theaters during the first half of the year. Now, another anime is getting a PH cinema release, and it’s a movie that promises a fun time for the whole family. ODEX Philippines announced that Doraemon: Nobita’s Chronicle of the Moon Exploration, will be released in select theaters in the Philippines on July 27, 2019.

In case you’re unfamiliar, Nobita’s Chronicle of the Moon Exploration is the 39th movie in the long-running Doraemon series. The movie premiered in Japan back in March where it became a box office hit, earning over JPY 4.97 billion ($45,008,332) during its theatrical run.

The film’s story is described by Anime News Network as:

“The film is set on the Moon and centers on strong friendships bound together by the ‘ability to believe.’ Luna is a mysterious girl who lives on the far side of the Moon. Diabolo and his subordinate Goddard stand in the way of Nobita and his friends on their Moon exploration journey.”

The Doraemon series is one of the most popular anime TV shows in the Philippines, with kids from different generations no doubt growing up watching the series when it aired in GMA from 1992-2014. Doraemon was a big hit thanks in large part to the memorable Tagalog and Cebuano dub of the series.