From DBZ: Kakarot to the One Punch Man game. 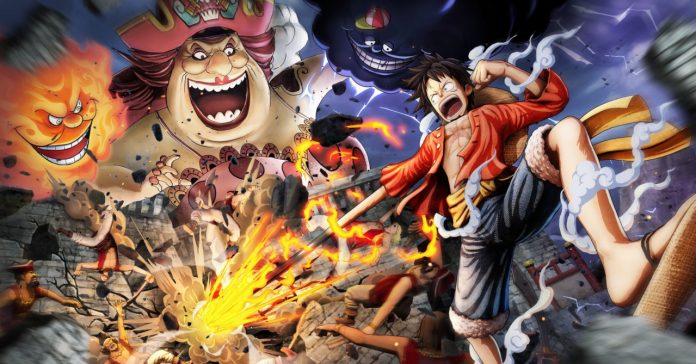 Gamescom 2019 in Germany is in full swing right now, which means video game publishers from all over the world are showcasing their host of upcoming titles. One such publisher is Bandai Namco; at Gamescom, the company highlighted their wide range of upcoming games, a lot of which are based on popular anime series.

In case you missed out on all the anime game news, here’s a quick rundown of Bandai Namco’s highlights:

First up is Dragon Ball Z: Kakarot, an action-RPG that will let players take the role of Goku as he goes through the iconic moments of the original DBZ series. In the game, players will be able to relive moments such as the entire Cell Saga, the arrival of the Androids, the Cell Games, and many more.

Dragon Ball Z: Kakarot will be released on the PS4, Xbox One and PC in Early 2020.

One Piece Pirate Warriors 4 will be released in 2020 for the PlayStation 4, Nintendo Switch and PC.

One Punch Man: A Hero Nobody Knows

Next up is One Punch Man: A Hero Nobody Knows. The game is a 3v3 fighting game that’s similar to games such as Jump Force or My Hero: One’s Justice. A Hero Nobody Knows lets players take on the role of various OPM characters such as Saitama, Genos, Hellish Blizzard (Fubuki), and more.

One-Punch Man: A Hero Nobody Knows will be released on the PS4, Xbox One, and PC. No word yet on the game’s release date though.

Set in the Underworld of Project Alicization, Sword Art Online Alicization Lycoris is the latest game in the SAO franchise, and it will let players experience the storyline of SAO season 3 in game format.

Bandai Namco describes the game as:

“Uncover the journey of a new original heroine in the upcoming game SWORD ART ONLINE Alicization Lycoris. Animated by a strong will to clear her family name, the mysterious Medina Orthinanos will cross path with Kirito in Underworld.”

Sword Art Online Alicization Lycoris is coming soon to the PS4, Xbox One, and PC.

Finally, we have TOKYO GHOUL:re CALL to EXIST. Developed by Three Rings Inc., the game will feature a fast-paced multi online co-op characters from the different Tokyo Ghoul anime seasons, including TOKYO GHOUL, TOKYO GHOUL √A, and TOKYO GHOUL:re.