Keep your rig cool with these new Corsair components! 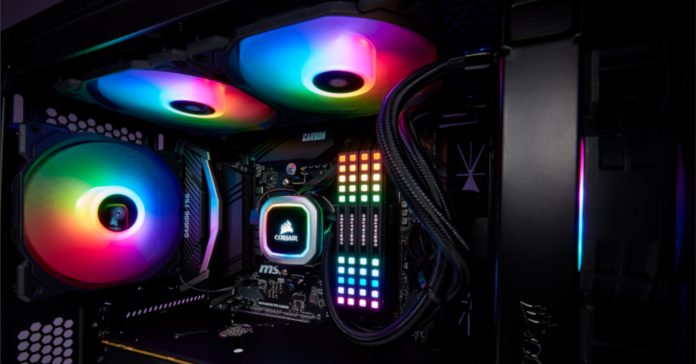 Having a powerful processor and GPU combo is well and good, but if you can’t keep your rig cool, you won’t be able to unlock your gaming PCs full potential. If your existing setup needs a cooling boost, Corsair’s latest components are just for you. Corsair recently unveiled the new iCUE 220T RGB Airflow Smart Case and iCUE SP RGB PRO range of 120mm and 140mm RGB cooling fans.

The iCUE 220T RGB Airflow is a PC case that’s made for optimum cooling, all while offering an attractive design with RGB lighting. For better airflow, the 220T RGB sports an eye-catching removable steel front panel to keep internals cool. The 220T’s layout is also designed so that cool air is directed on to the PC’s hottest components.

Included in the iCUE 220T are three SP120 RGB PRO fans. These fans aren’t for cooling though as the SP120 has eight individually addressable RGB LEDs per fan, for a total of 24. The SP120 connect to an included CORSAIR iCUE Lighting Node CORE, connecting the fans connects directly to up to six of the same CORSAIR RGB fans without the need for a separate fan hub, cutting down on cable clutter. The

The CORSAIR iCUE 220T RGB Airflow is available in either black or white.