With a 144Hz screen and adaptive sync tech, is this ASUS monitor a great pick for gaming? 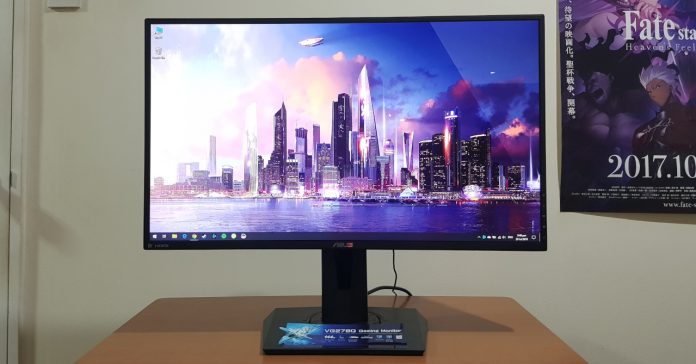 For gamers, having a monitor with a refresh rate of more than 60Hz is quickly becoming a standard. Sure, playing on 60Hz is still fine, but if you’ve experience the smoothness of a 144Hz refresh rate monitor, it’s definitely hard to go back to anything slower.

A 144Hz monitor is great, especially for fast-paced esports titles, though it might seem like a wallet-drainer. Good thing there are now a number of monitors with high refresh rates and (fairly) affordable prices. One such display is the ASUS VG278Q, a 27-inch monitor with a 144Hz refresh rate, as well other features such as adaptive sync compatibility. 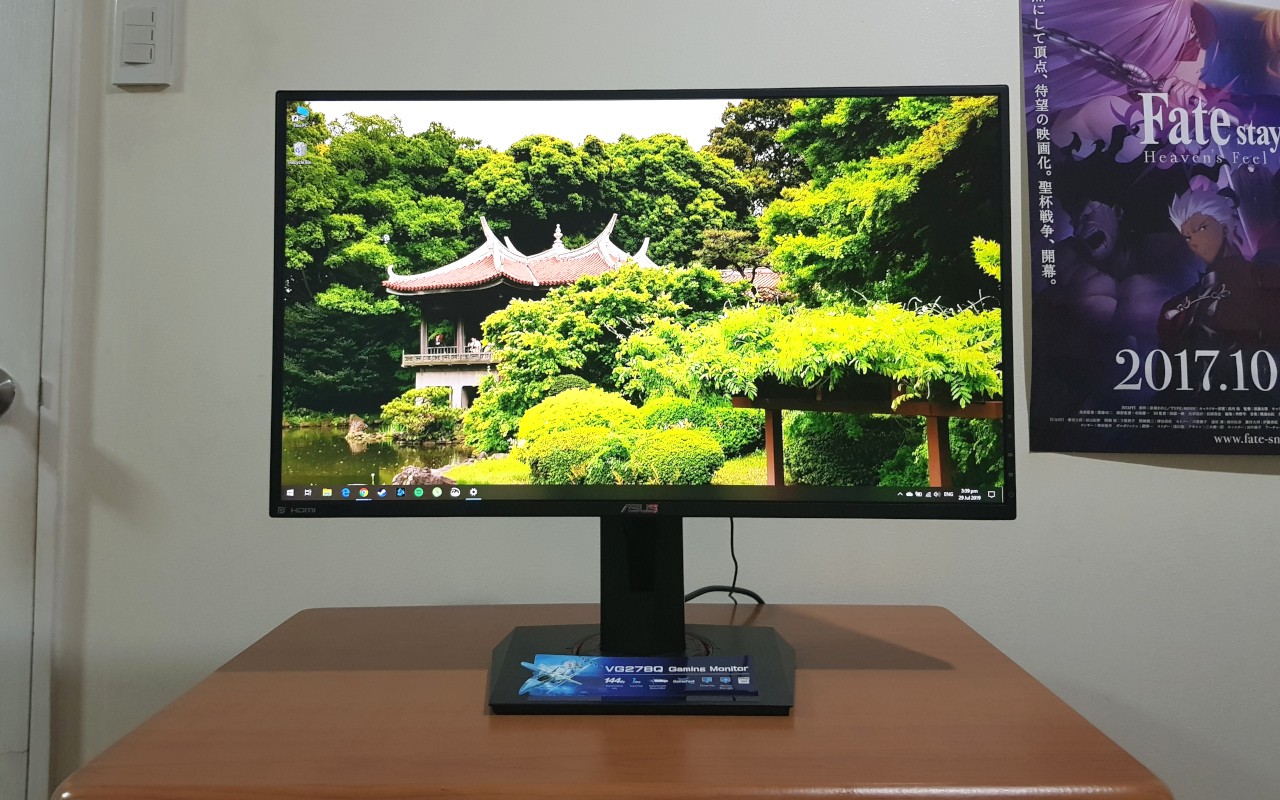 ASUS’ new gaming monitor looks great on paper, but does it hold up in real-world use? We got our hands on the display recently, and we were able to take it out for a spin. So without further ado, here’s our full review of the ASUS VG278Q! 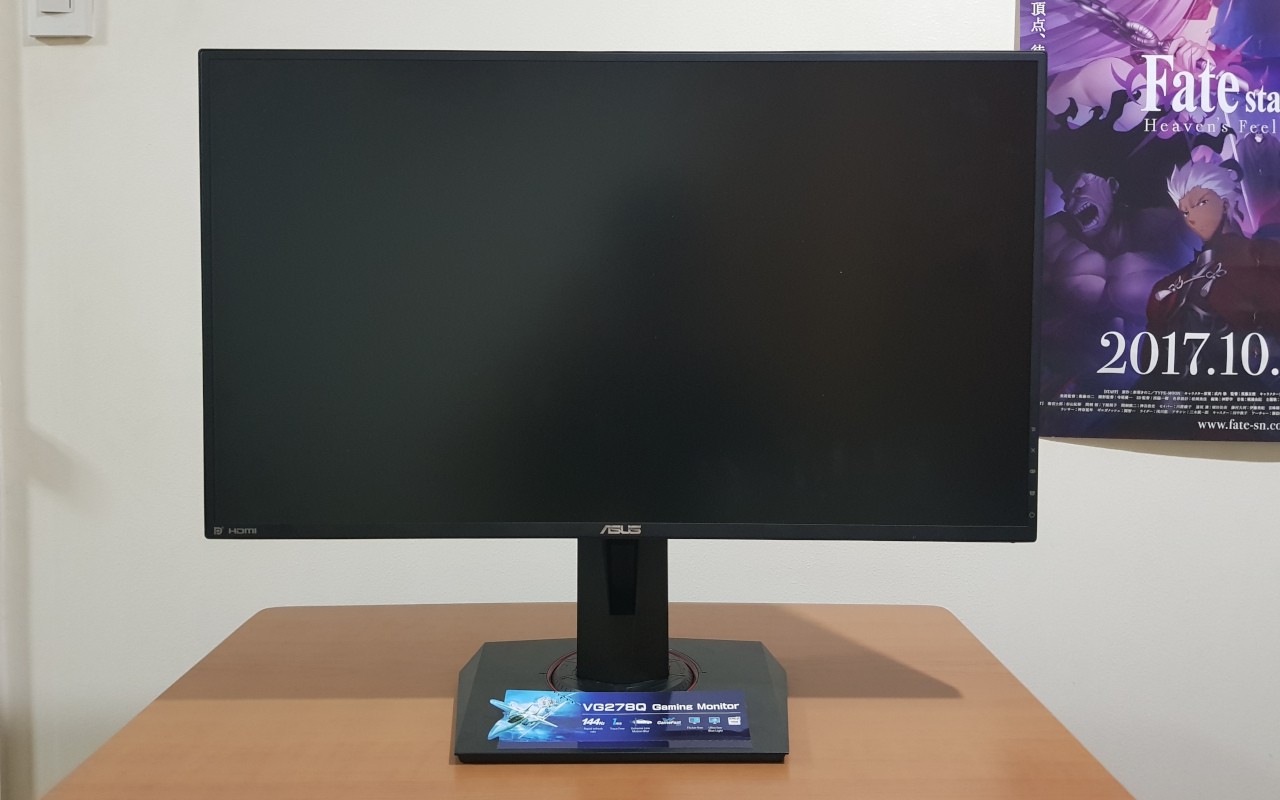 Unlike higher-end monitors under the Republic of Gamers brand, ASUS’ VG278Q is a gaming display that’s a bit less “gamer” design-wise. From the front, the VG278Q looks like your standard PC display, meaning it won’t stand out too much (aside from its size). This makes it a good pick if you’d prefer a more subtly-designed display. 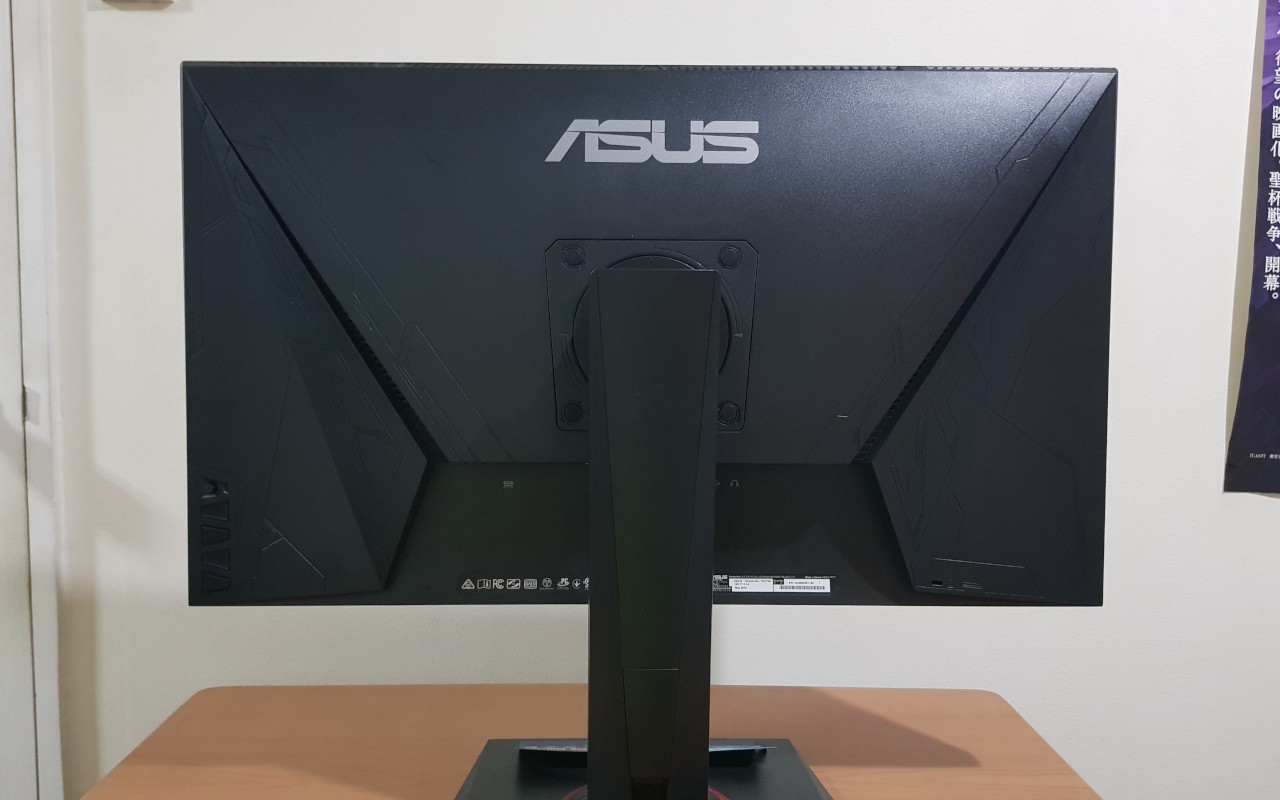 At the back though, the VG278Q looks more like a gaming monitor thanks to some sharp edges and design lines that are usually found in ASUS’ gaming notebooks/peripherals.

The display’s stand also has a bit of that “gamer” look when you look closely. Though looks aren’t the only good thing about the VG278Q’s stand — it has a nifty space to tuck cables in (for better cable management) and it can swivel by 90 degrees on each side. 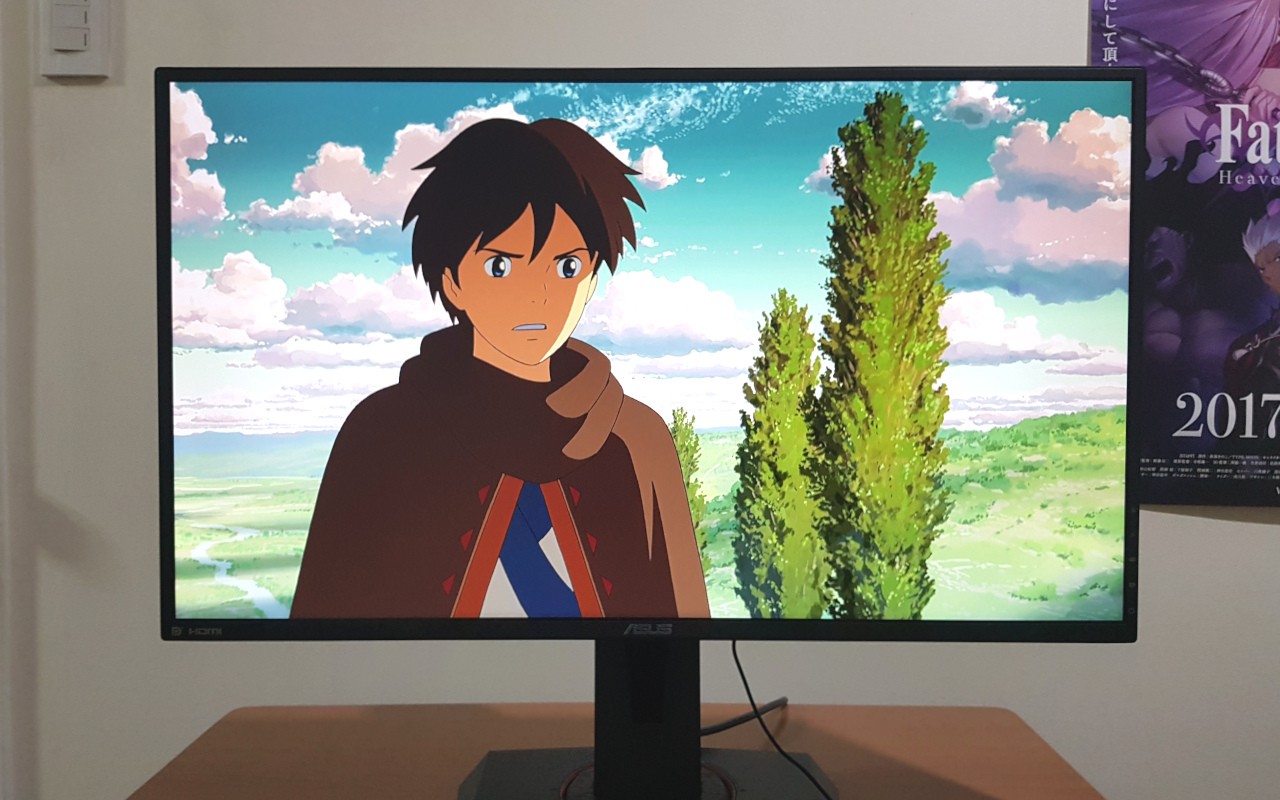 While it’s a gaming monitor, there’s no doubt that users will watch movies, series, and other videos on this monitor. For binge-watching purposes, the VG278Q new monitor is a pretty decent fit as it outputs good colors and gets bright enough for clear viewing. It’s not exactly the sharpest display though; at 27-inches, the VG278Q has a 1080p resolution. Still, the resolution should still be plenty fine for most users.

What’s not as good though is the monitor’s viewing angles. Since it uses a TN panel, the VG278Q shifts in color and contrast when viewed at the sides. The VG278Q onboard speakers are also a bit too quiet; at least the quality’s decent though. 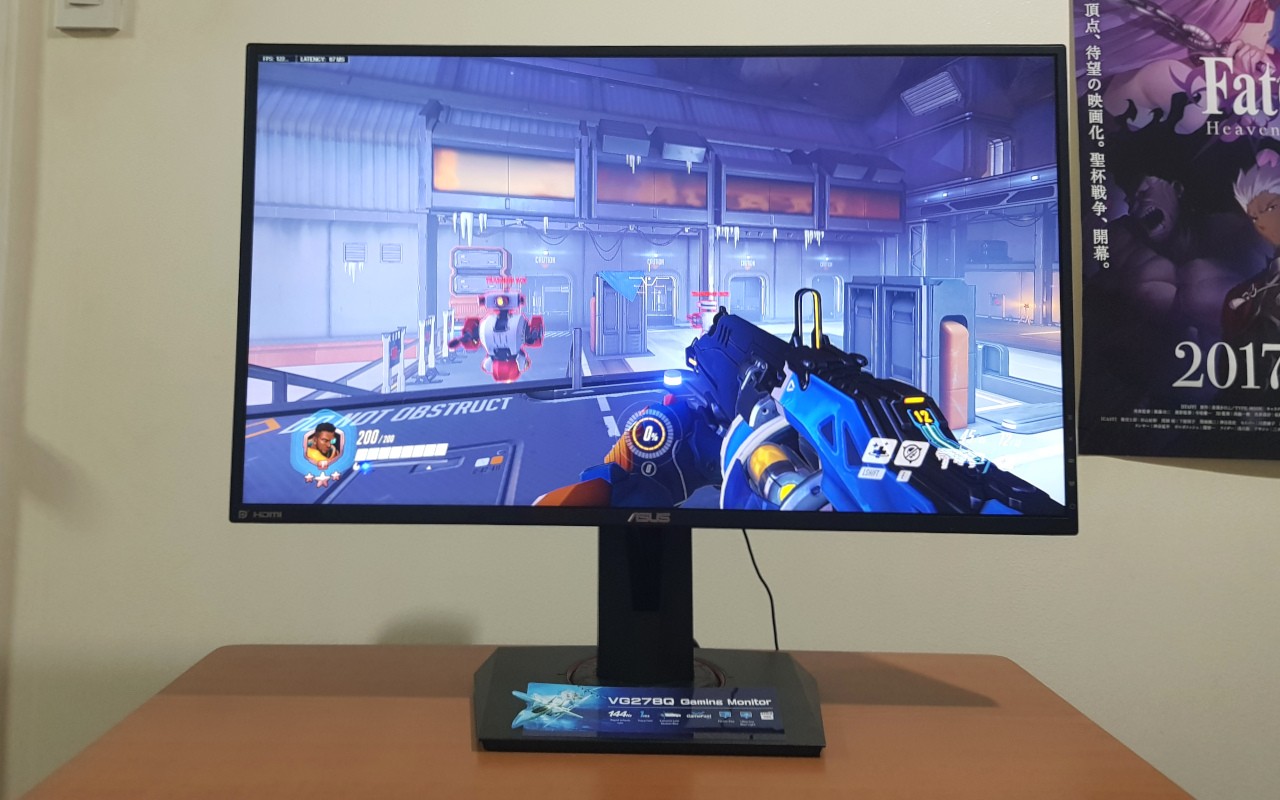 ASUS intended the VG278Q as a gaming display, and in that regard, it does not disappoint. With its 144Hz display, G-SYNC/FreeSync compatibility, and Extreme LEow Motion Blur (ELMB) tech, gaming on the VG278Q is a smooth and tear-free experience. Thanks to this, the monitor shines in fast-paced esports titles such as Dota 2, CS:GO, and Overwatch.

Another thing of note is the monitor’s response time of 1 ms. While I can’t really tell apart monitors with 1 or 4 ms response times, some serious esports players can. And for them, the VG278Q should be fast enough. 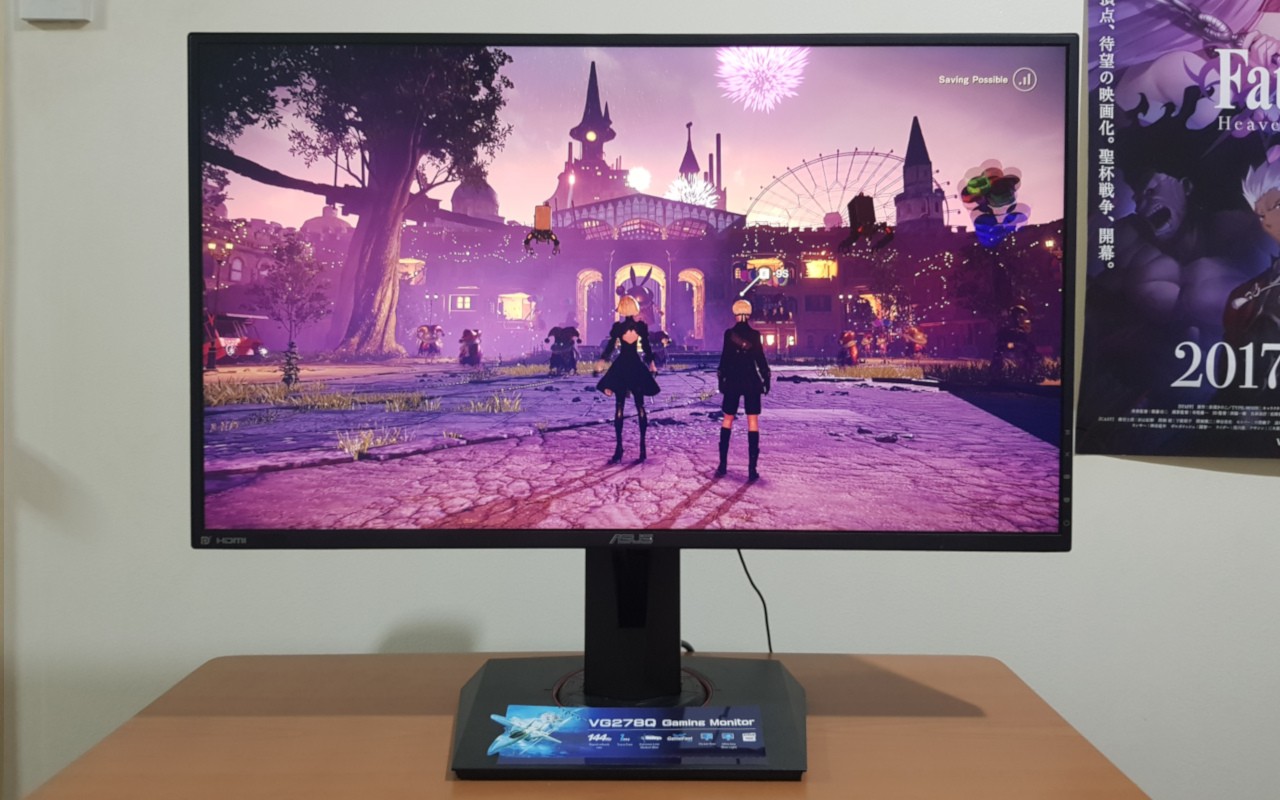 The VG278Q also works well for triple-A titles, with the monitor producing clear output with good colors. Adding the fact that it’s fairly large at 27-inches, the monitor is a good partner if you want have an immersive experience for singleplayer games.

If you want to take full advantage of the VG278Q though, you should make sure that your rig uses a compatible AMD or NVIDIA GPU. Because it’s G-SYNC compatible (meaning no G-SYNC chip inside), you’ll need a GTX 10 series card or later for the feature to run. 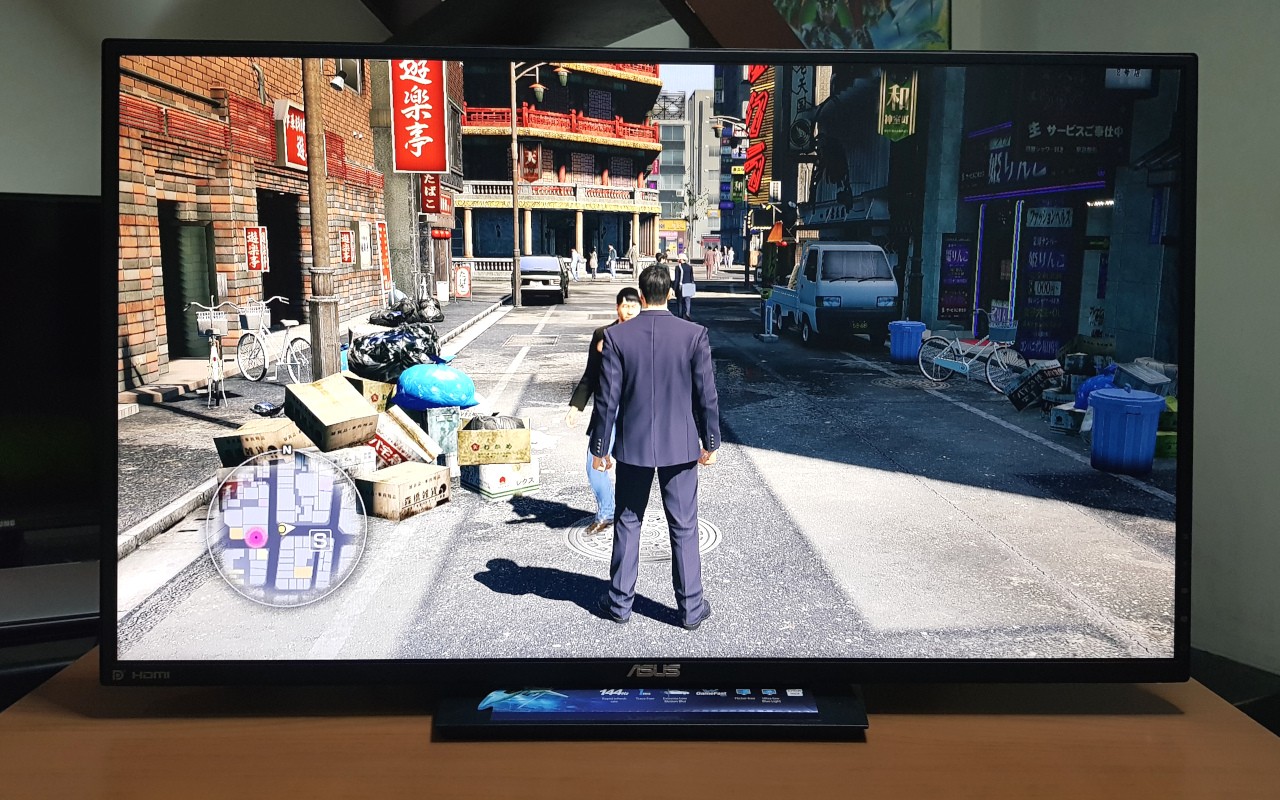 For console gaming, this ASUS monitor also beats out a lot of standard HDTVs (aside from size of course) save for expensive high-end models thanks to GameFast Input tech. With this tech, the VG278Q has minimal input lag, especially versus most TVs. While you won’t be able to take advantage of the 144Hz refresh rate, this monitor is still a great match for console players.

For day-to-day use, the VG278Q is a dream to use. It’s easy to set up, and is even easier to adjust thanks to its nifty stand. Above, I mentioned that the stand can rotate up to 90 degrees on each side, well that’s not the only thing you can do with it. The stand’s height can be adjusted from 0-130mm, easily pivot from horizontal to vertical, and tilt from +33° ~ -5°. If you want to mount the monitor on the wall, the VG278Q also supports a VESA wall-mount. 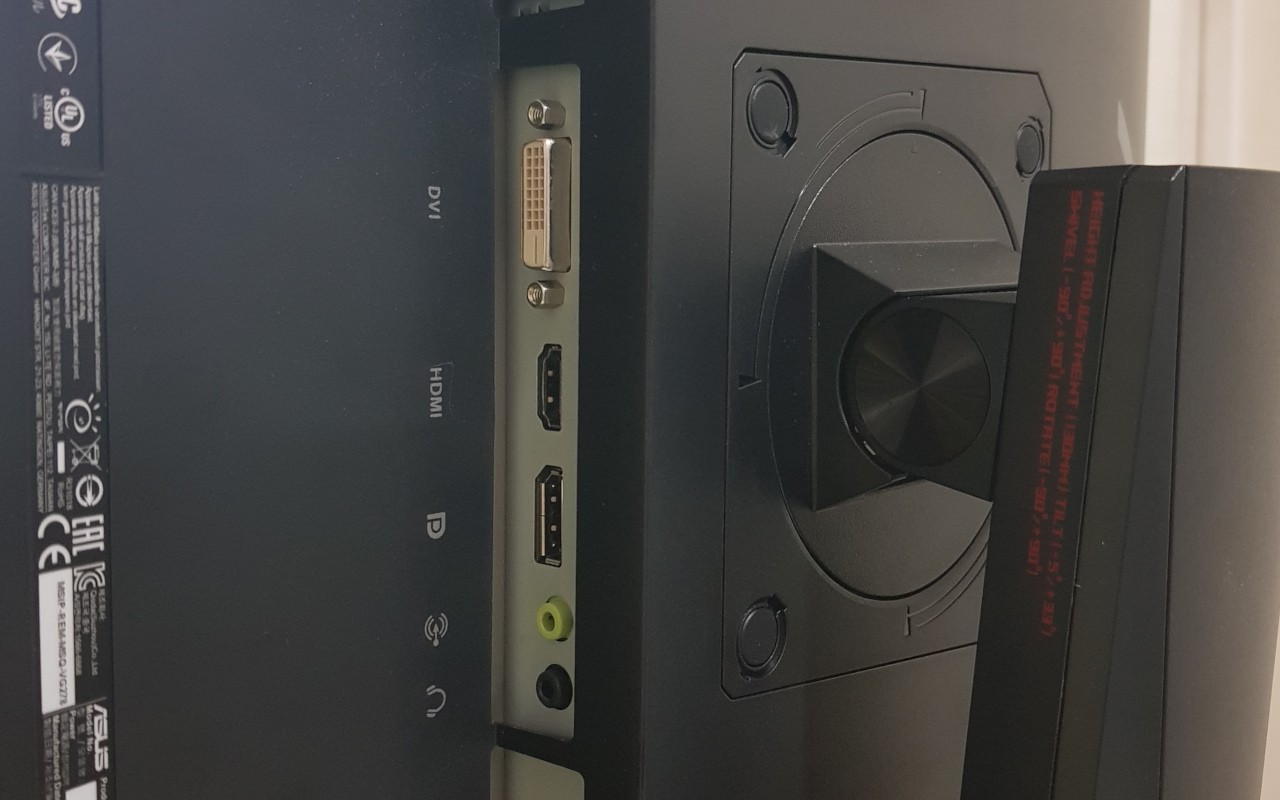 I/O-wise, the VG278Q has three input options — DVI-D (dual-link), DisplayPort 1.2, and HDMI v1.4, meaning you should be covered, whatever type of input you require. Completing the connectivity options are a 3.5mm headphone jack and an audio in. The only thing missing from I/O is a USB audio in, but overall, the VG278Q still has a good amount of connectivity options.

As for its on-screen display (OSD), the VG278Q has a fairly standard interface that’s controlled by a joystick. The interface isn’t exactly innovative, but it is intuitive and easy to use. There are also a wealth of options in the menu to control various settings and features such as the different game display modes and built-in blue light filter. 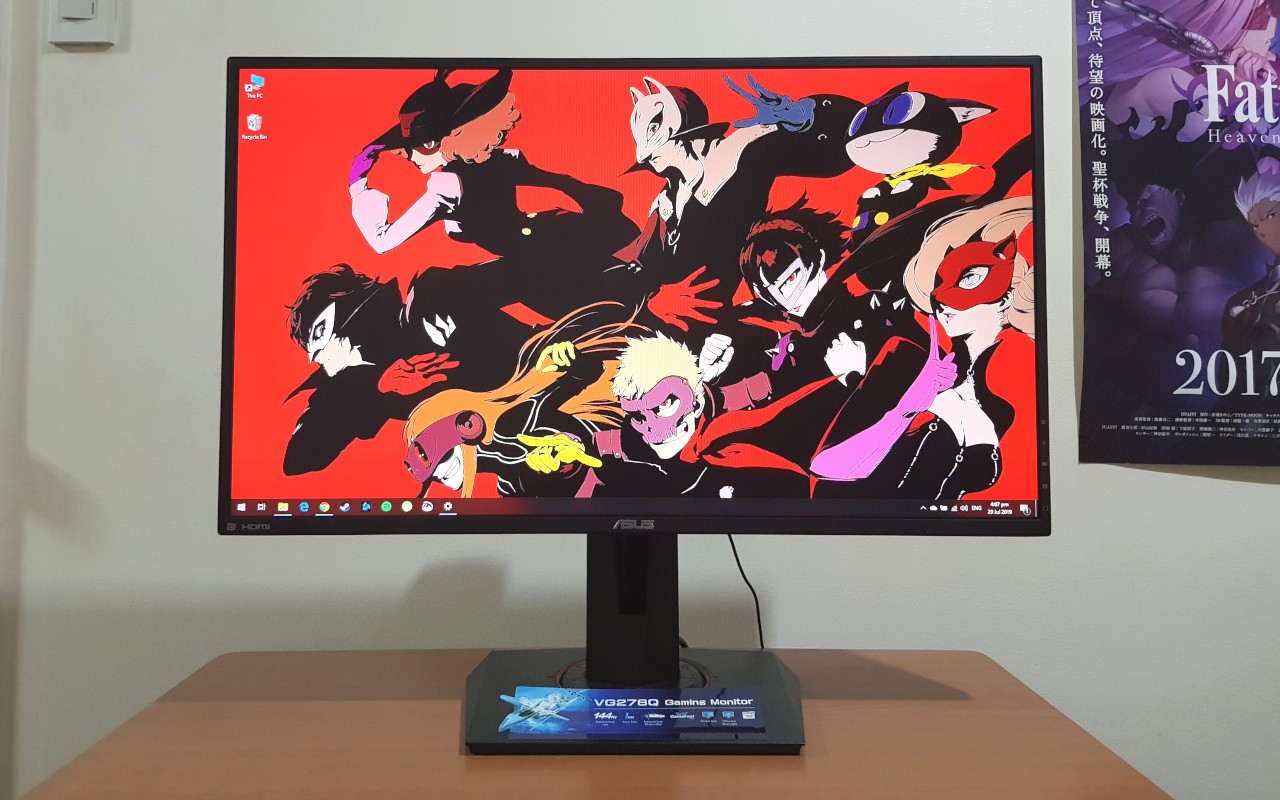 Thanks to its fast 144Hz refresh rate, G-SYNC/FreeSync compatibility, 1ms response time, and ELMB tech, the ASUS VG278Q is a great pick for gamers, especially for players of esports titles. Now if you play triple-A singleplayer games or are more of a console gamer, the VG278Q should still fit the bill nicely.

Aside from being great for gaming, this monitor is also well-designed, and that’s not just in the looks department. Thanks to a well-designed stand, the VG278Q can easily be adjusted to one’s liking; plus it has a good amount of I/O. The only real drawback is in binge-watching, given it’s narrow viewing angles (as it uses a TN panel) and 1080p resolution for a 27-inch monitor.

Overall, at the price of PHP 17,770, we definitely recommend that you check out the ASUS VG278Q if you’re on the lookout for a 144Hz display without spending over PHP 20k.

Previous articleCall of Duty: Modern Warfare promises to be the ultimate multiplayer playground
Next articleGrandia HD Collection Heads to the Nintendo Switch this August

Geek Lifestyle Review: ASUS VG278Q Gaming MonitorThe ASUS VG278Q is a great pick for gamers, as it offers a smooth and tear-free gaming experience thanks to its various features. It's also ergonomically designed, and good for day-to-day use. It's only real drawback is the narrow viewing angles for movie/series watching as it uses a TN panel.