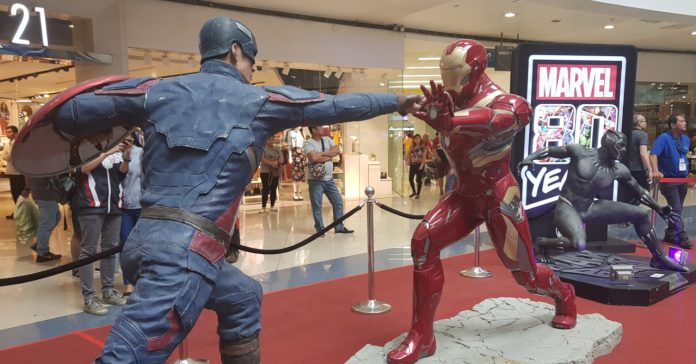 2019 is a special year for Marvel, and that’s not just because Avengers: Endgame became the biggest movie ever. This year marks Marvel’s 80th anniversary, with the first-ever Marvel Comics publication being released way back in 1939.

As this is a major milestone, Marvel is celebrating its 80th anniversary all throughout the world, including here in the Philippines. Since Pinoys are said to be the “biggest Marvel fans of Southeast Asia”, Marvel pulled out all the stops for its 80th anniversary celebration in the country.

Marvel partnered with SM to bring exciting events to Filipino comic book fans. The partnership kicked off yesterday at The Block, SM North EDSA; there, Marvel and SM officially opened a massive booth that’s both an experience area, and a place to get the coolest Marvel merch.

Here’s a quick look at the Marvel booth at SM North EDSA;

Greeting mall-goers at the Block is a special exhibit that celebrates Marvel’s journey through the years. At the exhibit, covers of the first issues of Spider-Man, Captain America, The Avengers, X-Men, and many more are on display. Complementing these displays are works from Filipino Marvel artists such as Whilce Portacio, Adrian Alphona, Mico Suayan, Kim Jacinto, Jay Anacleto, Tony De Zuniga, Elmo Bondoc, Kevin Librandia, Rico Rival, and Leinil Yu.

Moving on from the exhibit is an experience are for Marvel’s roster of mobile games. Mall-goers can test try out games such as Marvel Future Fight, Marvel Contest of Champions, Marvel Strike Force, and Marvel Puzzle Quest, all for free.

Right beside the game experience zone is a collection of life-size Marvel hero statues that are definitely great photo-op spots. Also in the area are displays of impressive Marvel Hot Toys figures.

Finally, the Marvel installation at SM North EDSA has a merchandise booth. There, fans can grab lots of Marvel goodies, including 80th anniversary exclusive items such as apparel, plushies, and many more. On top of that, buyers will receive a limited edition Marvel 80 Years poster for each PHP 1,000 single receipt purchase. 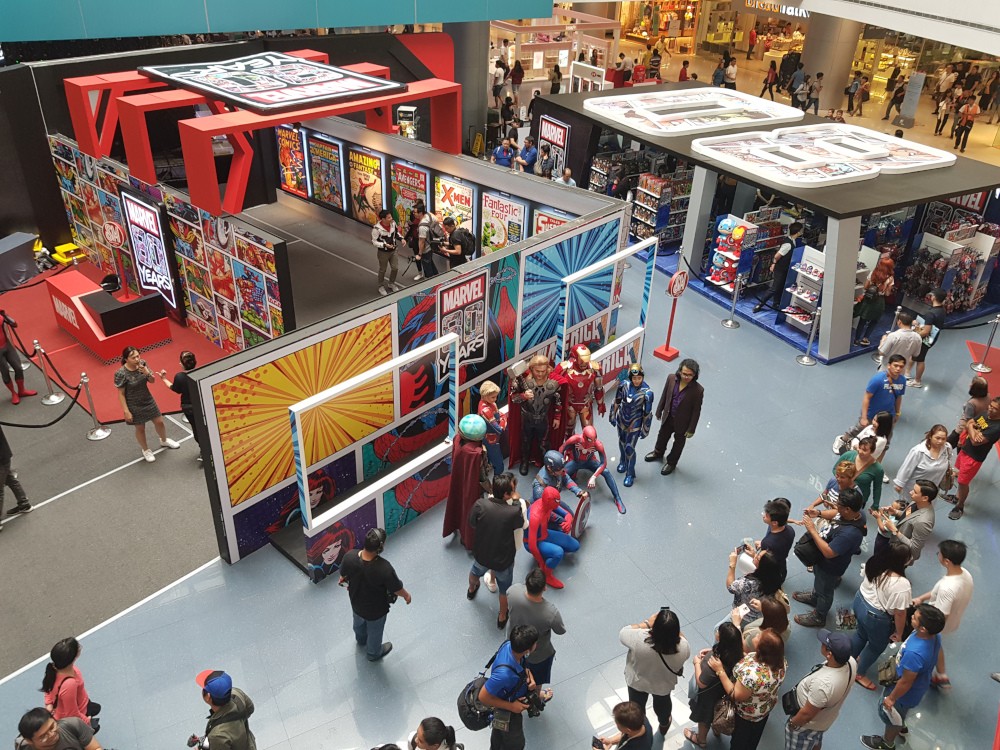 If you’re a Marvel fan, the SM North EDSA installation is a must-visit! If you can’t make your way to The Block though, SM has your back. On September 1, SM Seaside City Cebu will host Wave, Marvel’s New Filipino superhero. The Marvel 80 Years collab will also be making rounds in over 70 SM malls nationwide very soon.