OG might just be the best Dota 2 team in history! 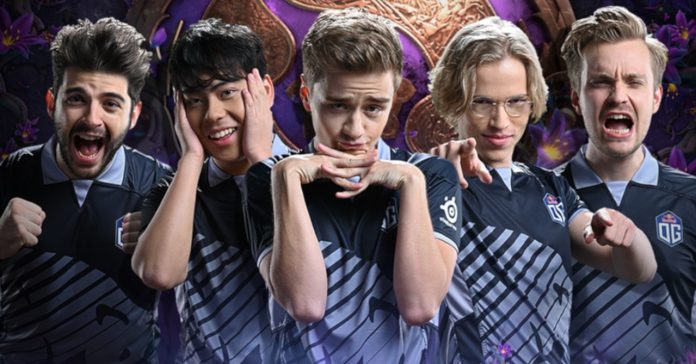 After nine years, we finally have a repeat TI winner! After a dominant run in the group stage and a great upper bracket performance, OG claimed the Aegis in convincing fashion, defeating Team Liquid 3-1 in The International 2019 Finals.

The Finals series was definitely a series that lots of fans wanted, as it’s a match between the TI7 and TI8 winners. Each team’s TI9 playoff journey was also reminiscent of their championship runs; with OG beating almost exactly the same teams as last year, and Team Liquid going on an insane lower bracket run.

While the series was setup to be a hard-fought one, OG just proved to be too much too handle, especially in games two to four.

To open Game 1, Team Liquid built up a big lead thanks to Alimi “w33” Omar’s signature Meepo. While OG’s Anathan “ana” Pham’s Spectre lead the team back into the game, key plays by Liquid (plus a late buyback by ana) meant that they were able to push through OG’s high ground to win the game.

While it seemed that OG might’ve cracked in game 1, it didn’t seem so at all in games 2 and 3. Team Liquid went with the same strategy that won them the first game, though OG responded with incredibly aggressive plays lead by Topias “Topson” Taavitsainen to take control of both games en route to quick wins.

In the fourth game, Liquid changed things up and went with a more aggressive lineup. It seemed to have worked at first, but ana’s carry Io came online at just the right time to lead OG to consecutive team fight wins. With Liquid on the ropes, OG landed the final blow as they stormed through Liquid’s base to take both the game and the series win.

OG are the Grand Champions of The International 2019 — First ever Two Time and Back to Back World Champions. HISTORY HAS BEEN MADE. #TI9

With the team’s win, OG not only become the first repeat TI winners, the team also won a massive USD $15,605,976 in prizes. With this, the five members of OG extend their status as the top-earning esports players in history.

The International 2019 in Shanghai may be in the books, but fans should be excited for next year. For the tenth International, the world’s most prestigious event is heading to Stockholm next year.

- Advertisement -
Previous article
Last Shelter: Survival | We play Games from Ads so you don’t have to
Next article
Huawei gears up for launch of its new Nova series