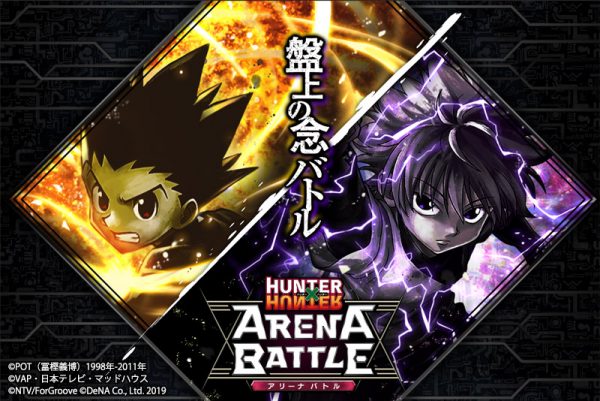 DeNA just announced Hunter x Hunter: Arena Battle, a new “Nen-colliding, board battle” game the will be out for the iOS and Android next month. It is slated as a “free-to-play” title with micro transactions, which seem to be all the rage nowadays.

The developers have two teaser websites. The first one allows you to challenge the “Hunter Exam,” and eventually getting a “Hunter License” just like the manga/anime. The other is a countdown website leading up to September 2.

What do you think? Hope we get more details next month!