A flagship in everything but price tag! 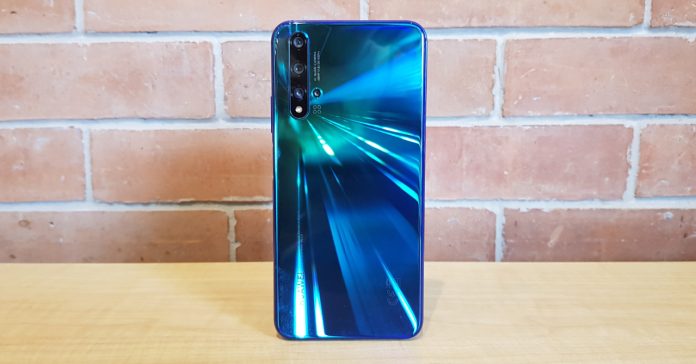 A few weeks ago, Huawei officially unveiled the Nova 5T, the latest smartphone in its best-selling Nova line. Unlike its mid-range predecessors, the Nova 3 and 3i, the Nova 5T is basically a flagship phone without an enormous price tag. Why you might be wondering? Well, it’s powered by a Kirin 980, the same processor used by the flagship Mate 20 and P30 series. Aside from having a top-end SoC, the Nova 5T also has five cameras in total, with four at the back and one at the front. All of this in a smartphone that costs less than PHP 20k. 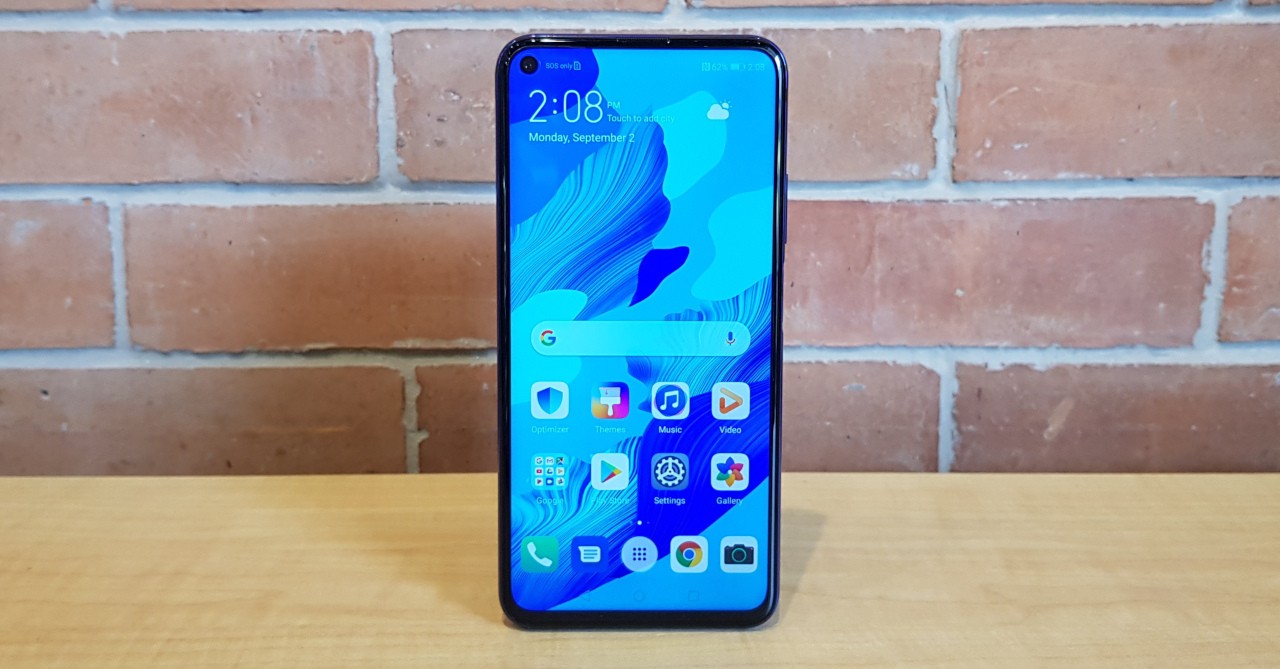 On paper, the Nova 5T is an incredible deal; not a lot of smartphones can boast these incredible of features for a low price. Does it hold up in real-world use though? We find out here in our full review of the Huawei Nova 5T. 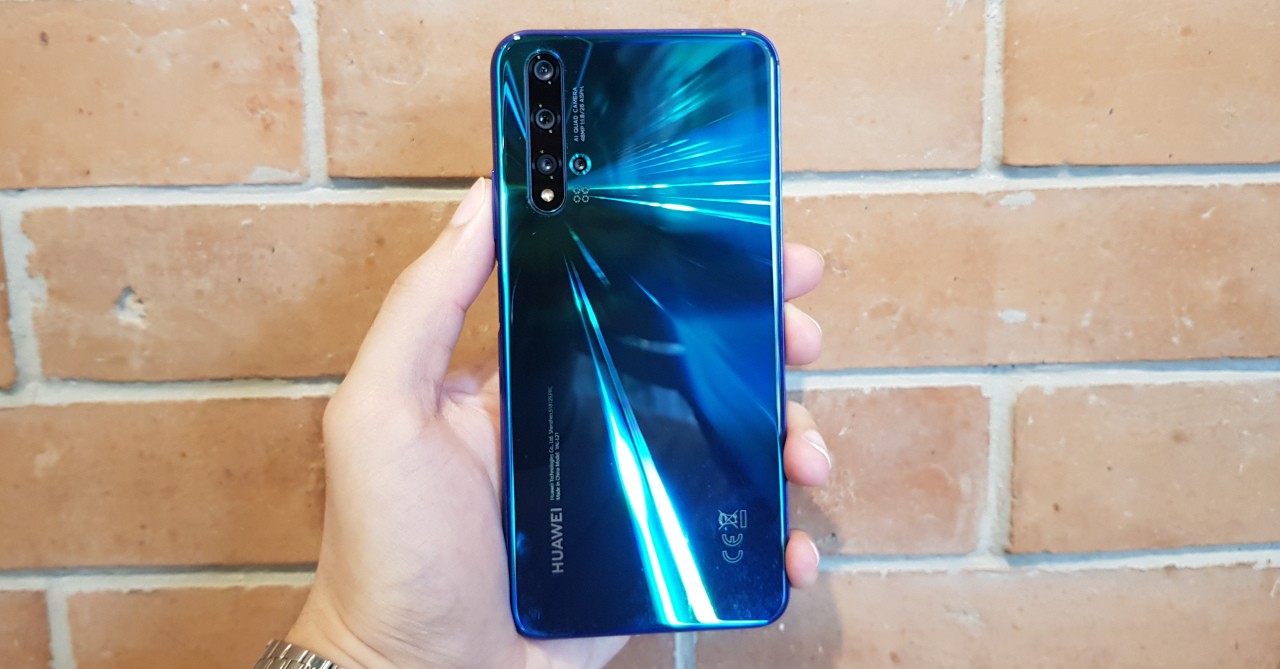 It’s fair to say that Huawei was one of the first brands to popularize the beautiful gradient color trend in smartphones, so it’s no surprise that the Nova 5T looks stunning in its Crush Blue gradient colorway. From the back, the Nova 5T definitely looks like a flagship; it might even be mistaken for a P30 Pro, save for the more dramatic streaks which appear in certain lighting conditions. 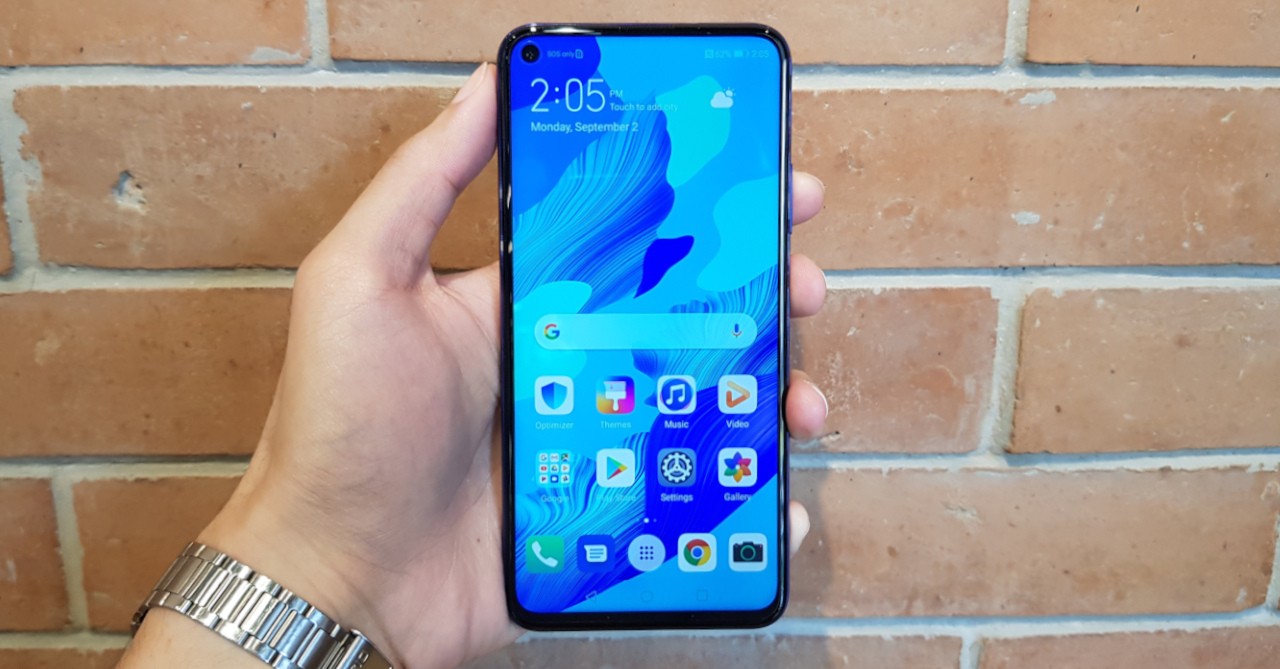 From the front, the Nova 5T looks just as elegant, with an almost all-screen 6.26-inch display. The Nova 5T also has a hole-punch notch design for even more screen real estate; but unlike the flagship P30 line, the 5T’s front-facing camera is moved to the left side. Personally, I prefer this design over having the selfie shooter right in the middle. 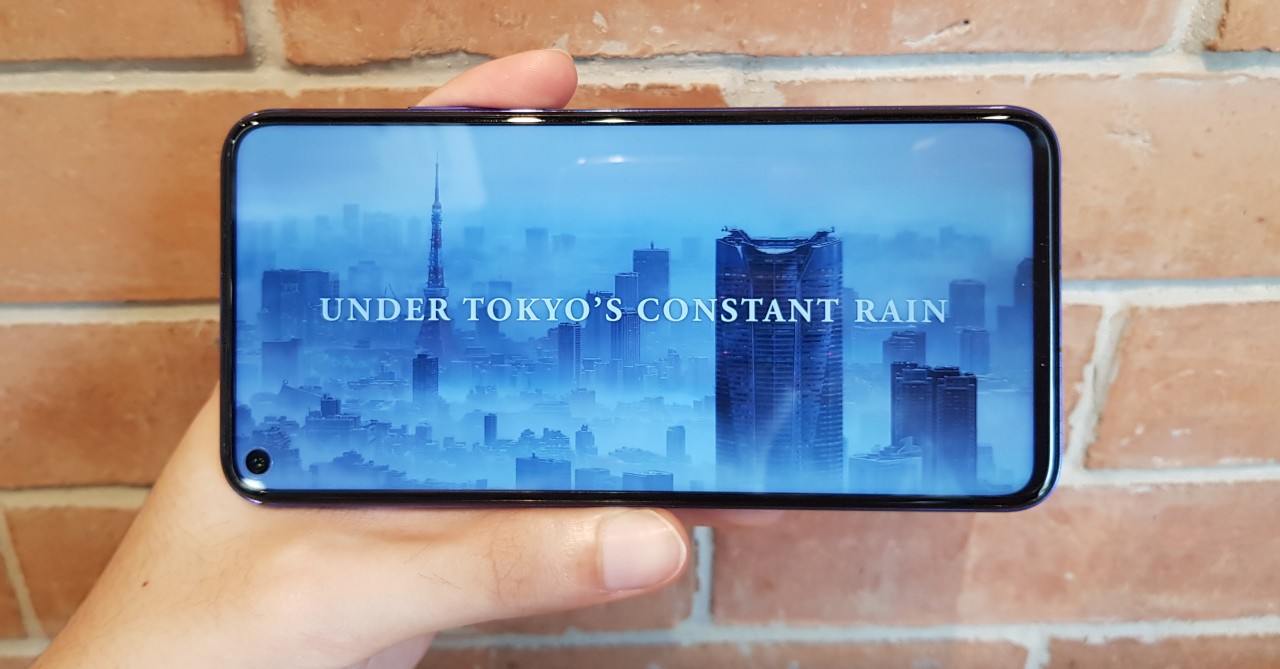 As mentioned above, the Nova 5T packs a 6.26-inch FHD+ display that’s plenty sharp and produces good colors, especially for an LCD display. Coupled with the phone’s incredibly thin bezels, the Nova 5T is a great partner for avid binge-watchers of movies and series.

If you do plan on having a movie or a TV show marathon on the Nova 5T, you better make sure you have a pair of wireless heaphones as the 5T does not have a headphone jack. Though if you find your wireless buds do run out of juice, the Nova 5T’s onboard speakers are of good quality as they get decently loud without too much distortion even at max volume (it could use a bit more low end oomph though). 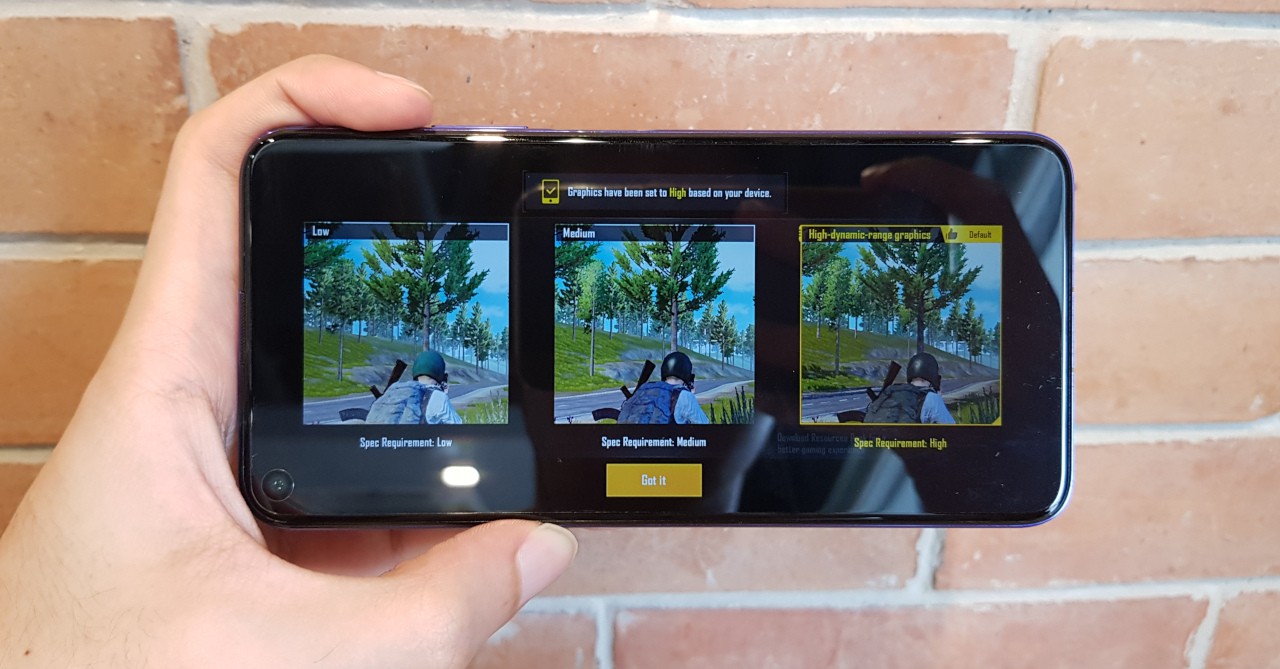 As the it’s powered by a top-of-the-line Kirin 980 processor and packs 8GB of RAM, the Nova 5T is a mobile gaming beast! For usual titles such as Mobile Legends or PUBG Mobile, the Nova 5T runs them at max settings with no problems. Even if you play more hardware-intensive games, the 5T will handle them with ease.

In the imaging department, the Nova 5T packs a five cameras — a 48MP F/1.8 + 16MP ultra-wide + 2MP macro + 2MP depth sensor quad rear camera setup along with a 32MP front camera. While a lot of mid-range phones now come with multi-camera systems, it’s rare to see one with four cameras at the back; this definitely made me excited to take the 5T’s shooters for a spin.

For outdoor daytime and well-lit indoor shots, the Nova 5T does not disappoint. In these conditions, photos have great amounts of detail and fairly natural colors. Thanks to the 48MP sensor, you can crop the images (for better framing) without much loss in quality.

Huawei’s signature Night Mode is present in the Nova 5T, meaning you can take some dramatic low-light shots with this phone. While night shots may not truly match the ones taken by the P30 and the P30 Pro, the Nova 5T is still a good phone for low-light photography, even if you just use Auto Mode (for more natural colors).

The Nova 5T’s 16MP ultra-wide camera also lives up to expectations, especially for outdoor photography. For low-light shots, Night Mode is a must as it works pretty well with the 5T’s ultra-wide shooter.

While most triple/quad camera setups have a telephoto shooter, the Nova 5T instead has a 2MP macro camera. Surprisingly, the macro camera works well for super close-up shots (as the main camera can’t focus well on close subjects), at least in conditions with lots of natural light. Sadly, the macro camera just doesn’t work well indoors, as shots turn out blurry and lack detail. I would’ve preferred if the 5T had a telephoto shooter; but if you’re into macro photography, the 5T’s macro camera is a nifty shooter to have.

As for the 2MP depth sensor, it works incredibly well, with portraits turning out pretty good with a fairly natural bokeh effect. Finally, the 5T’s selfie camera takes great selfies that are ready for sharing on social media.

With its 8GB of RAM and powerful processor, the Nova 5T is one fast and snappy smartphone for general use. Whether you’re checking emails, uploading files, or doing a bit of photo editing, the 5T will not slow down one bit. Aside from being snappy, the Nova 5T also has lots of storage, 128GB in fact.

As for battery life, the Nova 5T should last for over a day with ease thanks to its 3,750mAh battery. If you do find yourself lacking juice, the 5T supports Huawei’s SuperCharge feature. With the bundled SuperCharge charger, the 5T can fill up from 20% to 100% in just a bit over an hour.

Other good features of the 5T include its side-mounted fingerprint scanner that unlocks the phone quickly, as well as it’s Type-C port (which is a plus in the mid-range segment). The only thing missing from the phone really is a 3.5mm headphone jack. 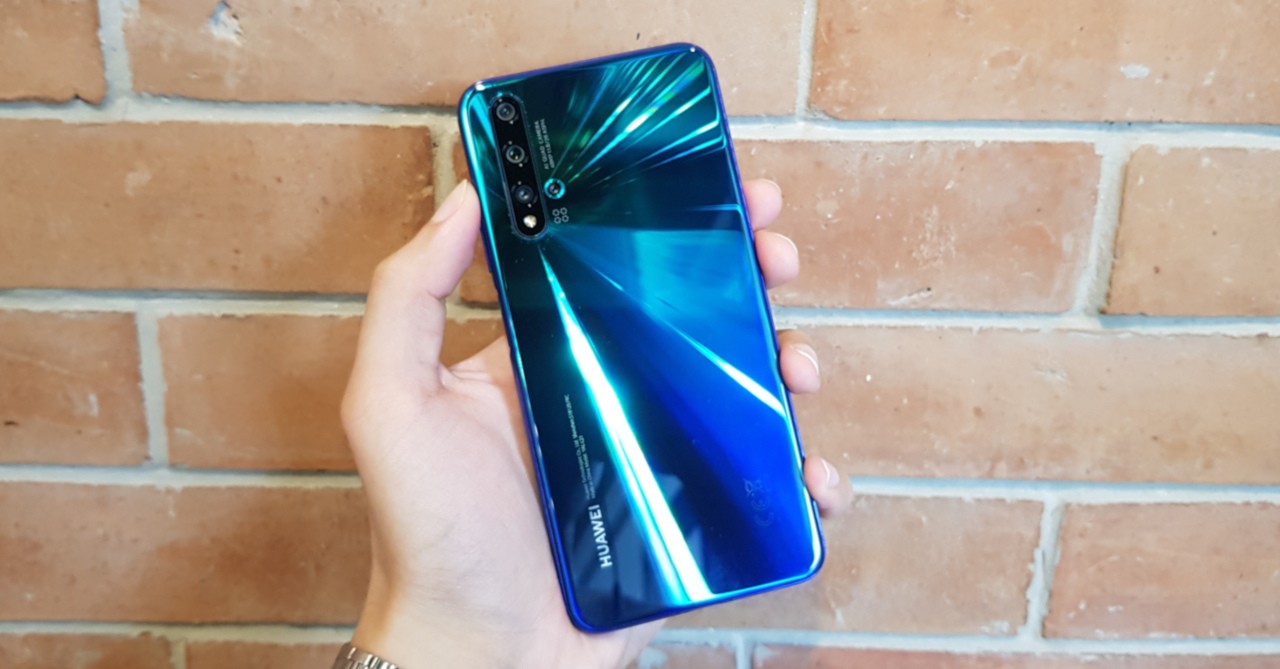 The current smartphone market is incredibly competitive, with lots of brands releasing great value-for-money smartphones, so it’ll take incredible features at a low price to truly stand out. The Huawei Nova 5T is just that — a smartphone with flagship-level features, all for an incredible mid-range price tag.

Sure, I would’ve wanted a 3.5mm headphone jack and maybe a telephoto camera instead of the macro shooter, but considering its SRP of only PHP 18,990, these are just minor nitpicks. Overall, the Huawei Nova 5T is one of the best value-for-money phones you can get right now thank to its powerful performance, great cameras, and attractive design.

The Nova 5T packs a flagship-level Kirin 980 processor, five cameras, and a good-looking design, all for less than PHP 20k. This easily makes it one of the best smartphone deals you can get right now. Geek Lifestyle Review: Huawei Nova 5T