Man of Medan Review | A cinematic experience for horror fans

Best played with headset on. 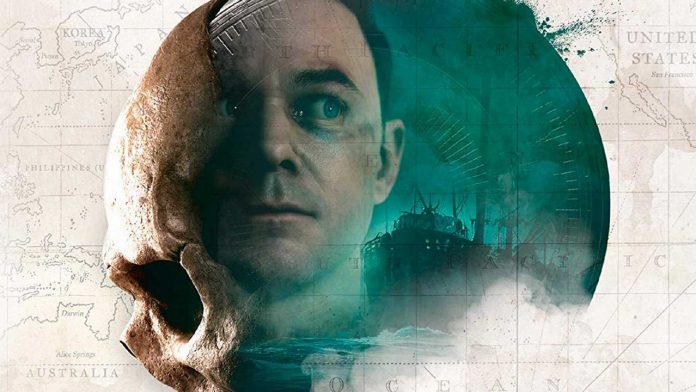 If you played (and loved) Supermassive Games’ Until Dawn, then the studio’s latest game The Dark Pictures Anthology: Man of Medan should be on your radar. Loosely based on the tale of the Ghost Ship SS Ourang Medan, this diving trip gone wrong lets the players experience the hidden horrors of the aforementioned ship via four unfortunate souls that come to witness the nightmares that unfold aboard.

From its premise, Man of Medan seems like one cool story that might  pique the attention of horror fans. But is the game itself is as interesting as the tale? Read on for our full review of the game!

The game’s first few minutes opens during the conclusion of WWII, and it tells the ill fate of the ship and it’s crew, all while teaching the player the basic of controls and navigation. The game then transitions into a something akin to a TV show complete with a dope opening sequence as we’re introduced to the Curator. He then explains the story that we will witness, along with stating that the decisions the player is going to make will affect the fate of the poor souls involved (no pressure). 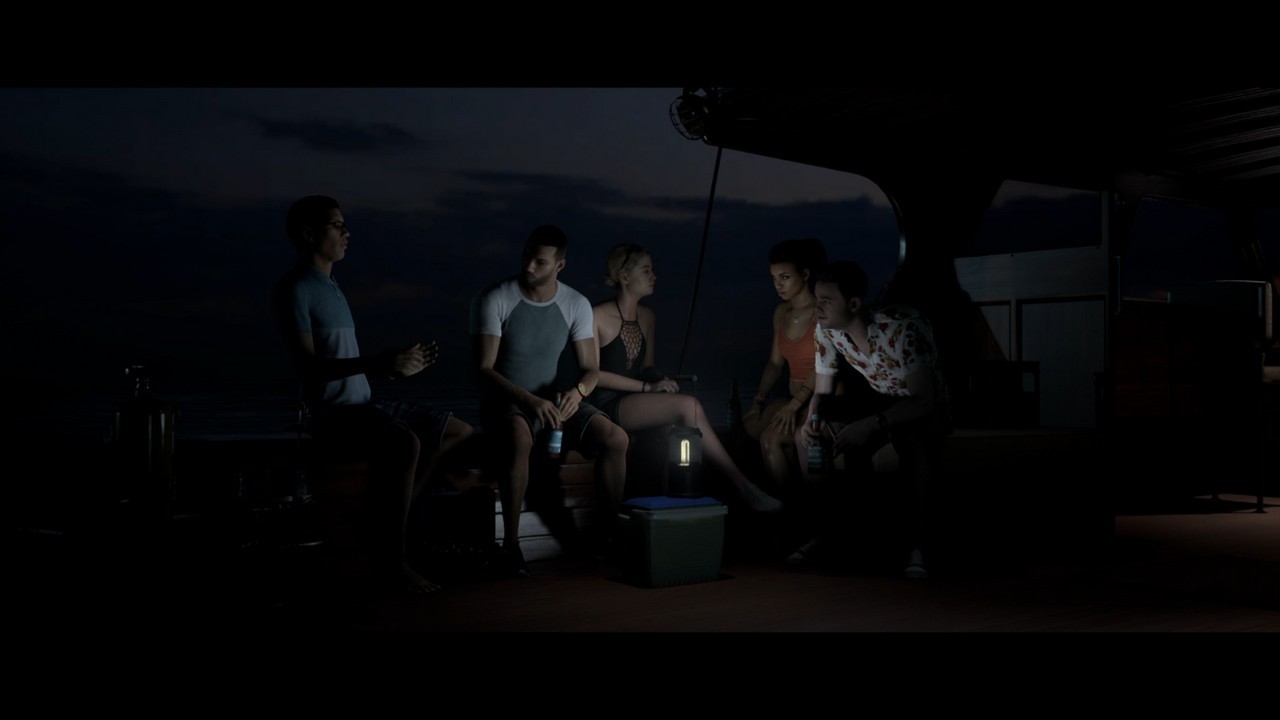 Flashing forward to the present day, a group of 4 Americans set out on a diving expedition on a rumored WWII wreck. The trip goes wrong when they get hijacked by Pirates; but of course a horror story is not complete without the convenience of weather conditions, and a storm brews, causing the crew to upon the fabled ghost ship. 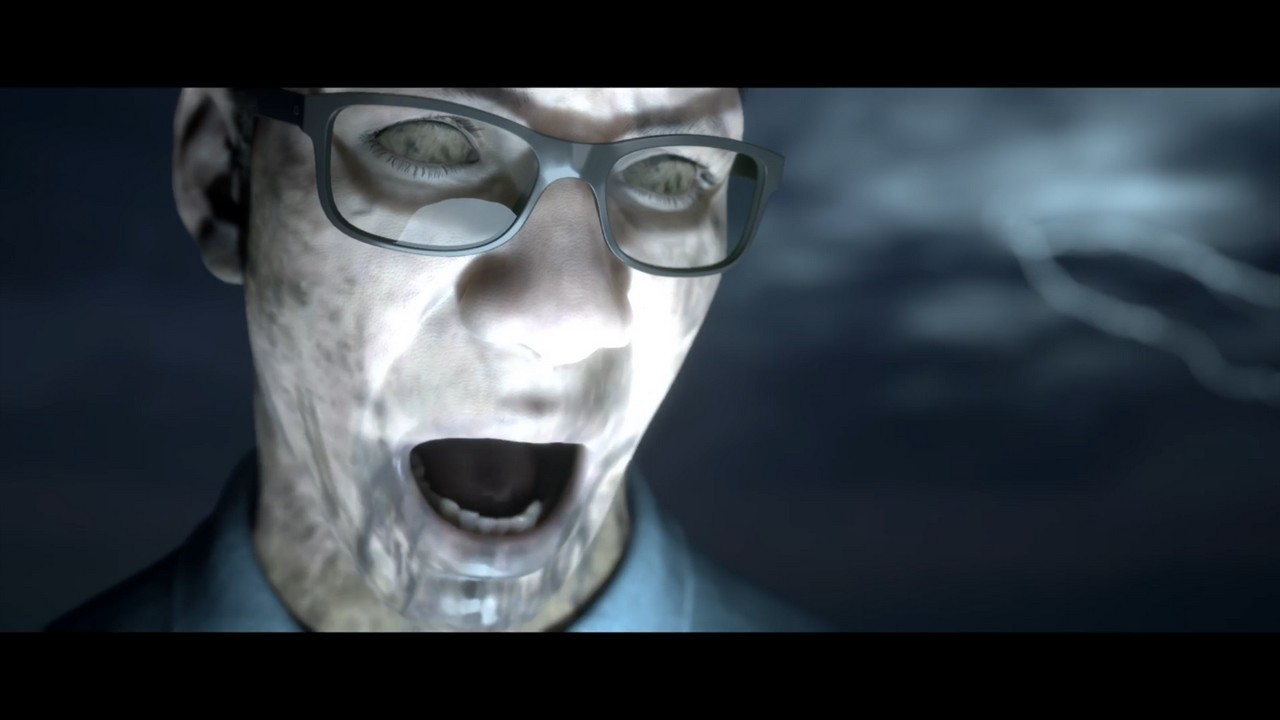 I just gotta say, the prologue sets things up nicely regarding the mystery of the ghost ship and what was the cause of it all is. As the story progresses, things get rather intense, and the gameplay supports this by pressuring players into making quick decisions. 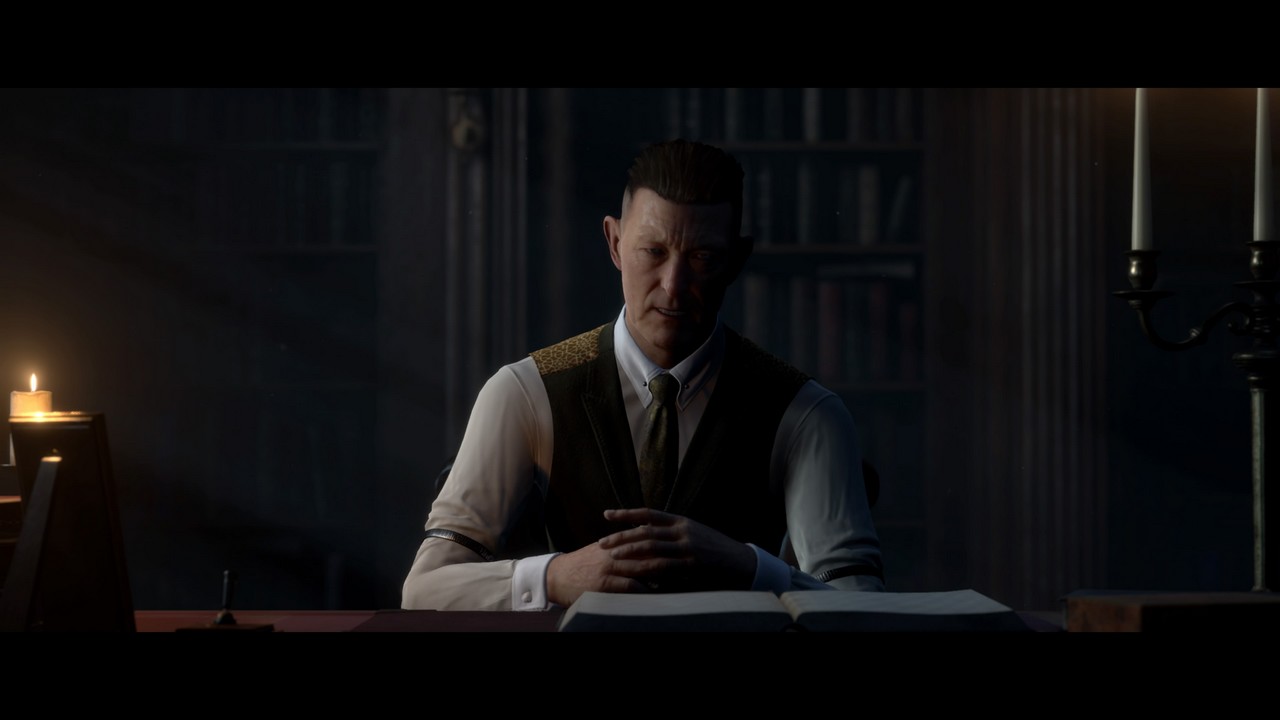 In my experience, one of the ways the game pressured me was in quick time events. As I immersed myself to the story and tried to make decisions, missing some QTE left me a bit frustrated. In that frustration, I started to forget some key details of the current situation, leading me to make a few questionable actions (as if the curse of the ship affected me in my first playthrough). This aspect of the game is worth some praise as the small tricks that the developers weaved into the game will put players under pressure. 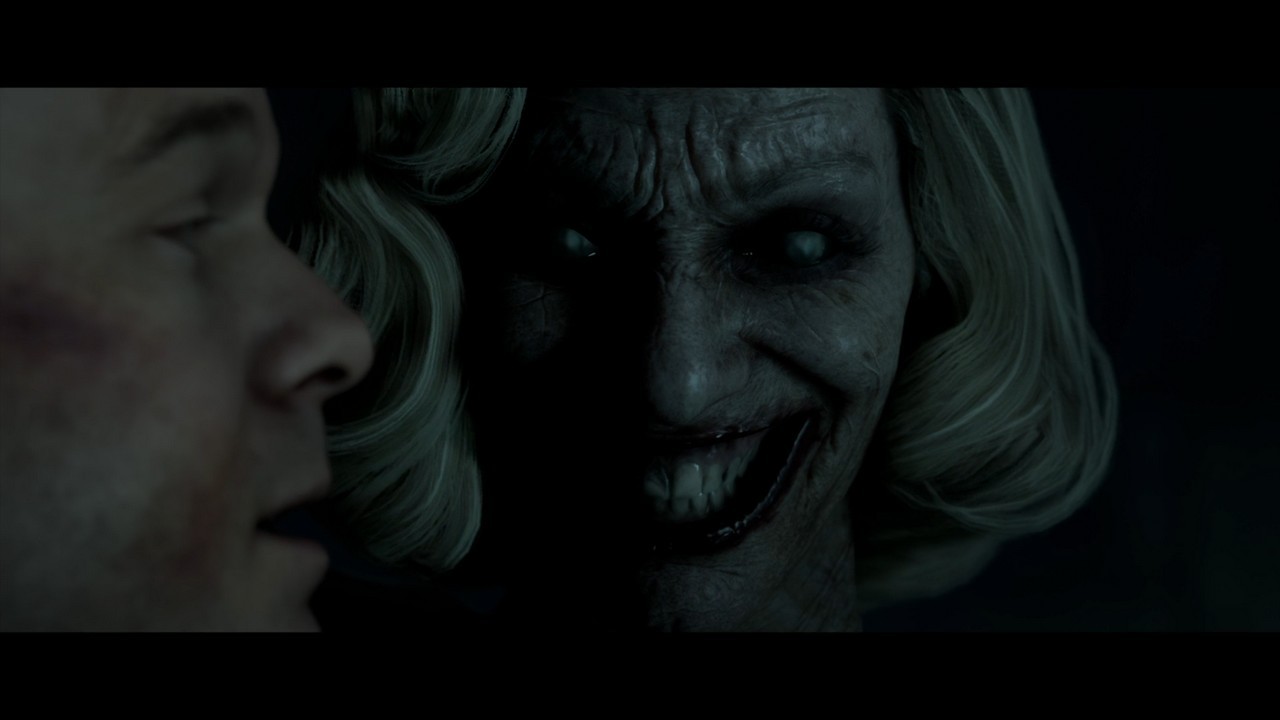 Honestly the game made me scream quite a lot, and the frustration of getting one character killed that always lingered in my mind during the playthrough. Despite how great a lot of my experience with the game is, Man of Medan is far from perfect.

First, the game can be quite slow, especially with certain interactions between characters. Other issues that I experience is the fixed camera angle and the awkward aiming. Whenever you have to navigate around a tight interior with tons of pipes, you’ll hate the fixed camera. Meanwhile, some QTEs involved aiming using the right analog stick which feels so really awkward. 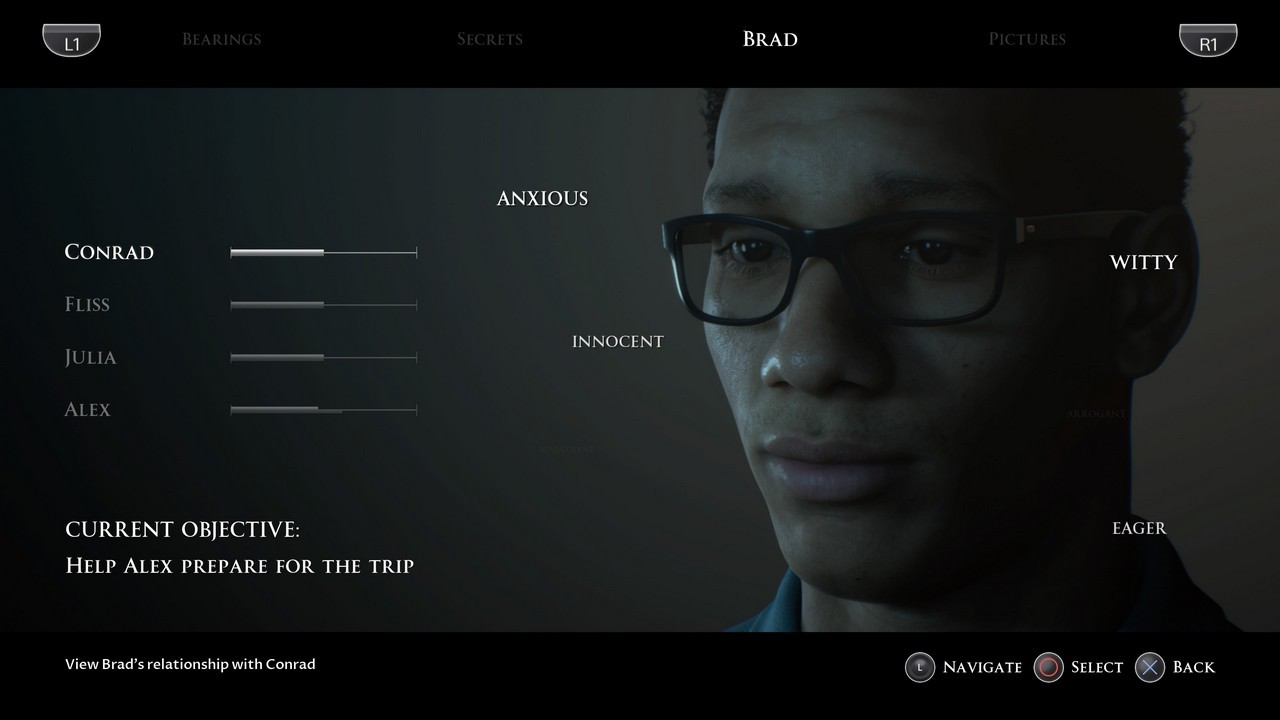 The character traits from Until Dawn makes a comeback here, although I never really understood if these traits made a big impact on my playthrough; they sometime feel as if they’re just there for the game to distinguish each characters. At least building a positive bond with each characters affects on how that character will respond to each other, so there is some incentive in learning these traits. 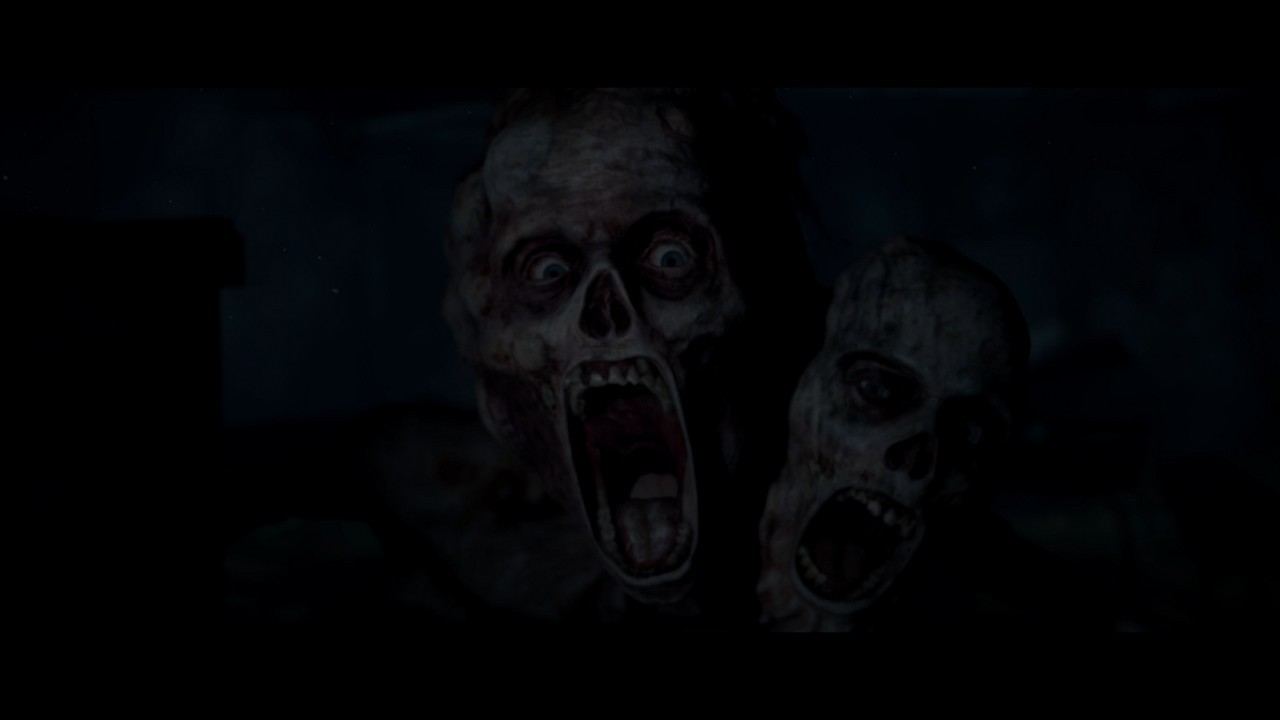 Perhaps the biggest issue with the game for me is that the mystery itself being both the game’s highest and it’s lowest points. Once you figure it all out and finish your first playthrough, it kinda feels like the whole substance of the game is lost. While I really enjoyed the whole mystery of the Ourang Medan, I’m not sure if I really want to play another playthrough. 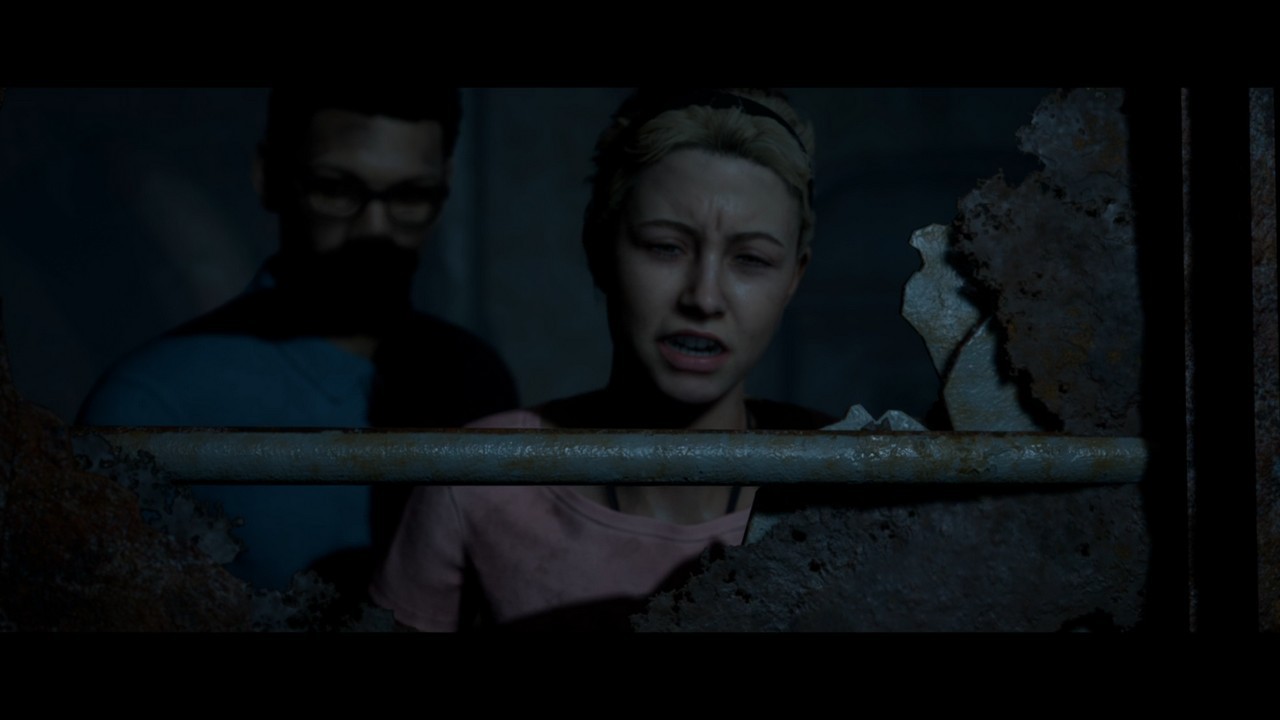 Again, losing the mystery might spoil the actual fun part of the game, but there are still  tons of different outcomes in each scenario. So replay value is high with 14 possible endings. not to mention different kinds of death that you can experience throughout the game. So if you are a completionist, you’ll probably get some good replay value out of this game. If you are going to play it again though, I would recommend that you play with a friend “pass-the-controller” style see their reactions.

Overall, experiencing the horror for the first time and finding out about the ship’s secrets makes the game worth to pick up. With a bunch of possible scenarios that can occur in each playthrough, replay value is fairly high, that is if you don’t mind knowing the mystery itself. A couple of clunky QTEs aside, Man of Medan is still worth playing, especially if you enjoyed games such as Until Dawn.

If you were a fan of Until Dawn and really want to scare yourself with pressure. Then Man of Medan is indeed a quick pick up. Despite the fact that you will always question yourself if a another playthrough is worth the effort or just leaving things as is a good run.Man of Medan Review | A cinematic experience for horror fans