Here are the cast members and their respective heroes (from left to right): 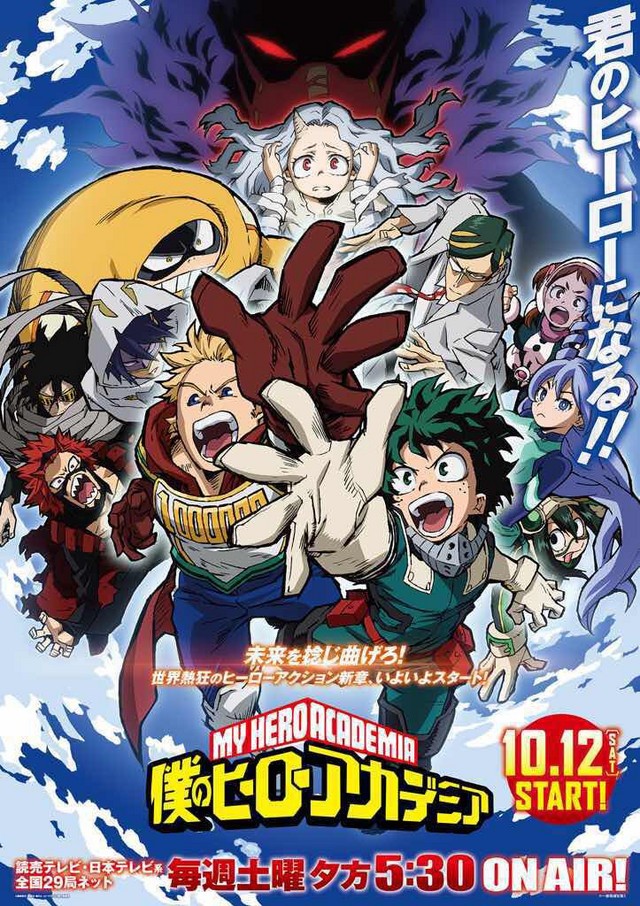 Additionally, a new key visual has also been revealed! For those who are eagerly waiting, the latest season will cover the Hero’s Intern arc from volume 14. The season will air in Japan on October 12, and will also show on YTV and NTV on Saturdays at 5:30pm. Lastly, Funimation and Hulu will stream the season as it airs in Japan, so you won’t miss out!