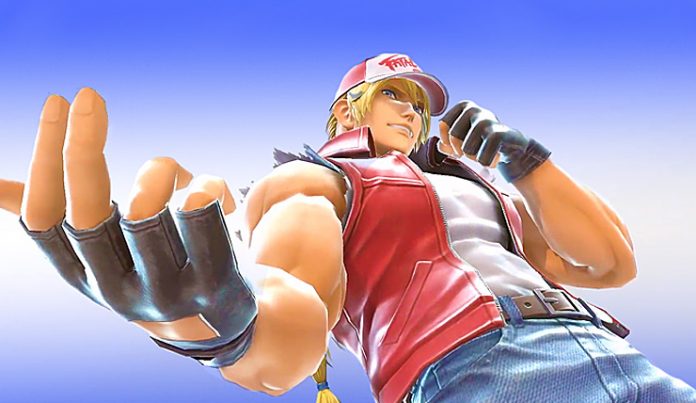 Are you ow-kei?! Well if you’re an SNK fanboy, then you will be!

Terry Bogard, an enduring character of the SNK fighting game franchises like Fatal Fury and King of Fighters, is joining the roster of Super Smash Bros. Ultimate as its 4th DLC character.

Here’s the reveal trailer from the latest Nintendo Direct, taken from GameXplain:

Terry Bogard has been one of the iconic poster boys for SNK’s fighting game franchises (alongside other classic characters like Kyo Kusanagi and Mai Shiranui). Terry first appeared in 1991’s Fatal Fury: King of Fighters which eventually evolved in the much more popular fighting game with the same name – King of Fighters, with a new numbered sequel coming in the horizon.

While we didn’t get a glimpse of any of Terry’s signature moves, but expect signature’s like Buster Wolf, Burn Knuckle and Power Geyser to be there! Instead the Nintendo Direct focused on some of the SNK franchise’s other iconic staples like Geese Howard (who fell while trying to grab the envelope… A slight jab to Tekken 7, perhaps?). The Lone Wolf and all of his content can also be purchased separately for $5.99.

- Advertisement -
- Advertisement -
Previous articleOverwatch confirmed to release on the Nintendo Switch next month
Next articleChrono Trigger and Chrono Cross official soundtracks are now on Spotify!