Realme is gearing up for another big launch! 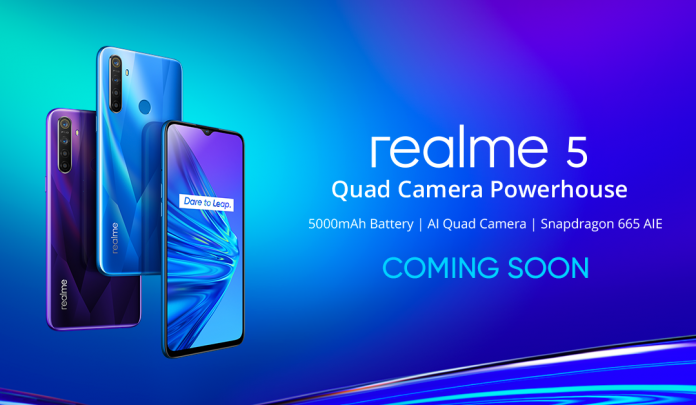 Realme recently revealed that the it is releasing its new mid-ranger, the realme 5 Pro, though that’s not the only new phone coming out from the brand. In the coming weeks, realme will release the realme 5, another mid-range smartphone that will bolster its PH smartphone lineup even more.

The realme 5’s banner features are its cameras, processor, and battery. For its shooters, the realme 5 has an AI quad camera setup featuring 12MP main, ultra-wide-angle, macro, and portrait lenses. Powering the phone is a Snapdragon 665 processor which promises great gaming performance. Finally, the realme 5 has a massive 5000mAh battery, meaning it should last for well over a day even with hours of gaming/binge-watching. 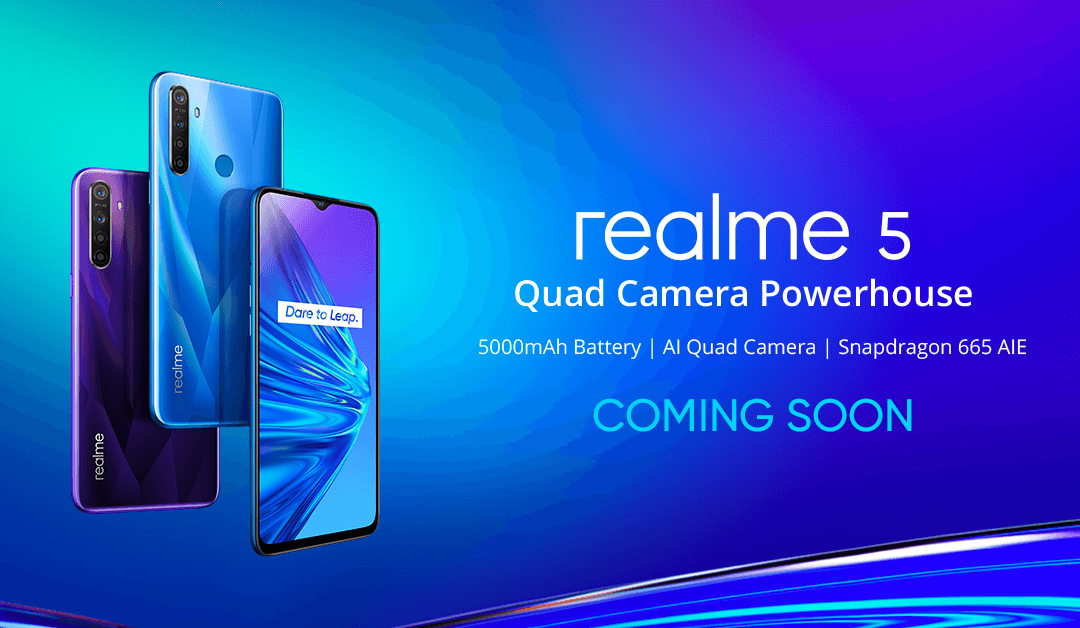 “We have heard the clamor of the Filipinos to bring a new technology that keeps up with their growing needs. We are happy to share that realme, known for bringing flagship specifications into attainable price segments, is the first brand in the Philippines to offer quad camera technology at midrange price points. The realme 5 and the realme 5 Pro are sure to give realme users the best boost forward to their goals and aspirations,” shares realme Philippines Marketing Director Austine Huang.

- Advertisement -
Previous articleBorderlands 3 is the fastest-selling game in the series, and in 2K history
Next articleWhy Capturing and Sharing Clips of Anime Movies in Cinemas Hurts All of Us