More choices for your next gaming PC build! 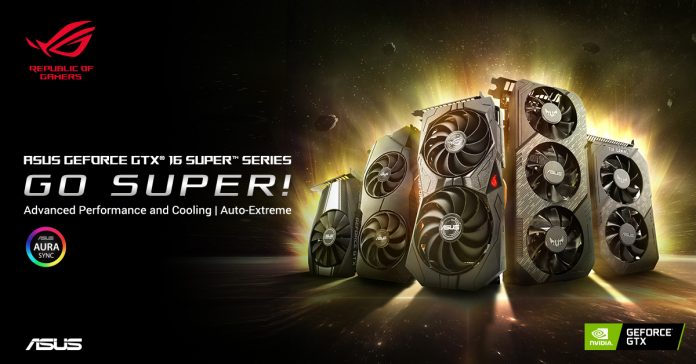 Want to get your own GTX 1650/1660 Super? ASUS recently announced that it is releasing the new GPUs under its TUF Gaming, Strix, and Phoenix lines.

If pure performance is what you’re after, the ROG Strix GeForce GTX 1660 and 1650 Super should be for you. These cards feature a powerful DirectCU II cooling system, Auto-Extreme Technology, and a protective backplate for added durability.

Finally, we have the Phoenix GeForce GTX 1660 and 1650 Super graphics cards. This particular card is a match for gamers that have rigs with limited space, this is thanks to its one-fan design giving it a small form factor. Even if it has only one fan, it should still pack enough cooling power for nonstop gaming.

As for the ROG Strix, ASUS TUF Gaming, and Phoenix GeForce GTX 1650 Super cards, they will be available worldwide on November 22, 2019

- Advertisement -
Previous article
Huawei Watch GT 2, Band 4 and Band 4E are now up for pre-order at MemoXpress and Abenson
Next article
In Conversation with Marvel Games: On the Future of Marvel’s Mobile Titles