Catherine: Full Body Review | Is it Worth the Extra 40 USD?

Our non-spoiler review on the game as well as our verdict on whether or not you should buy Catherine: Full Body

Should you buy Catherine? 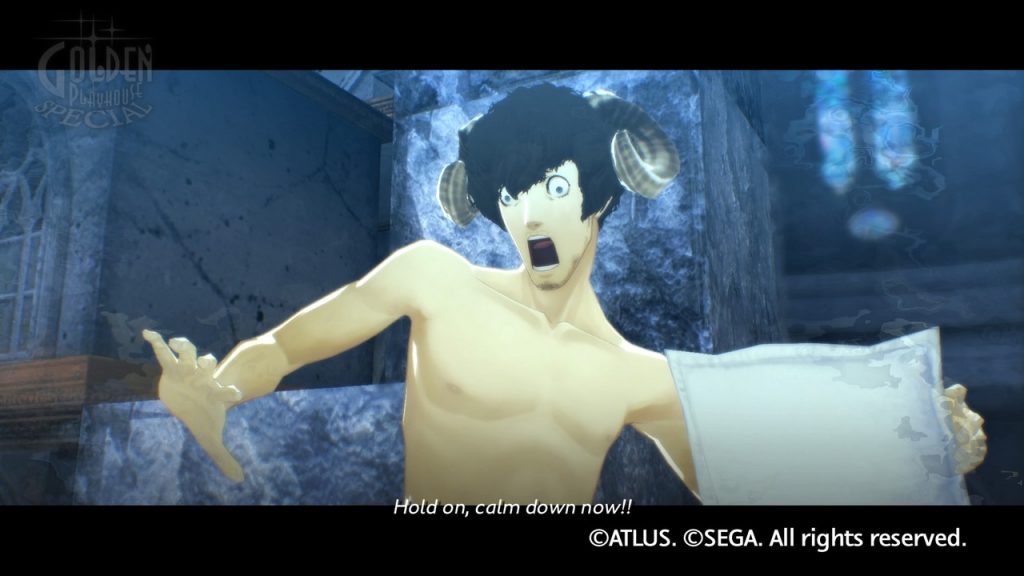 Now, just to get it out of the way, my personal answer is YES, it’s definitely an experience but, just to be more specific, if you’re the type who appreciates a fun narrative that’s told mostly in cutscenes coupled with a “choice system” that affects the ending you get, then this game is definitely for you.

Oh, and majority of the gameplay is puzzle solving so there’s that. BUT BUT BUT… if you’re not totally into puzzles, DON’T WORRY. I’m like that and I still managed to get through the game. The game does a good job of easing you into its puzzle block mechanics by giving you tricks, demonstrations, etc. And if all that still doesn’t work, the game (at least Catherine: Full Body) does have a SAFETY mode where you have the easiest puzzle difficulties, trap blocks don’t activate, there’s no time limit, and no game overs. So if you’re really just after the story but loathe the puzzle genre, this game MIGHT still be for you. 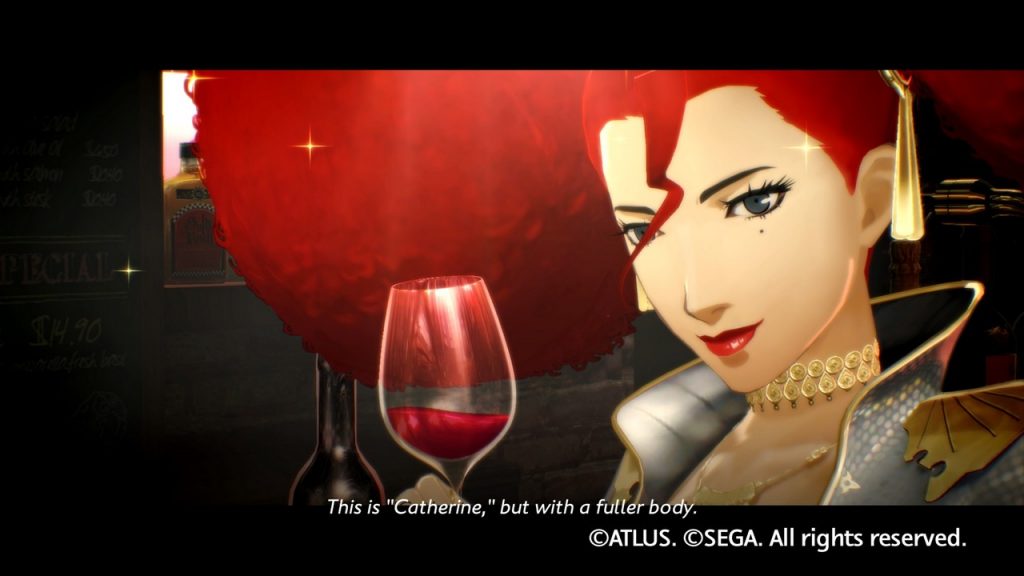 Now, here’s the REAL question. In case you didn’t know, STEAM currently is selling Catherine Classic for 19.99 USD (799 PHP in the Philippines). This is basically your PC port of the OG PS title. Catherine: Full Body however is currently priced at 59.99 USD (2,550 PHP in the Philippines). That’s quite the difference in price so… IS IT WORTH IT? Here’s what’s new about what you’re getting with Catherine: Full Body.

As previously mentioned, you now have a new ‘Safety’ difficulty for those of you who really just want to experience the story of Catherine. They also have a new REMIX mode that adds a new layer of complexity to the puzzle part of the game. Instead of moving blocks one by one, you’ll find some blocks grouped together where pushing one means pushing the WHOLE group. So if you’re a veteran of the series or just someone who really loves the puzzle genre, this new mode can definitely add more challenge to your playthrough. 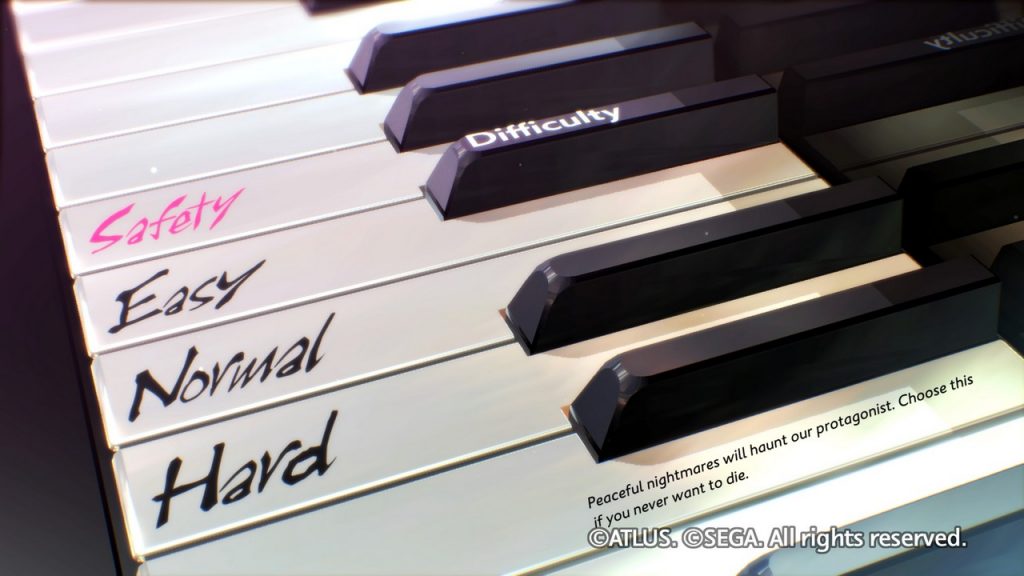 Another feature is its online multiplayer. Since fans of the community enjoyed playing Catherine competitively, Catherine: Full Body leans into this by having this mode available. You can match with players online and simultaneously play with or against each other. 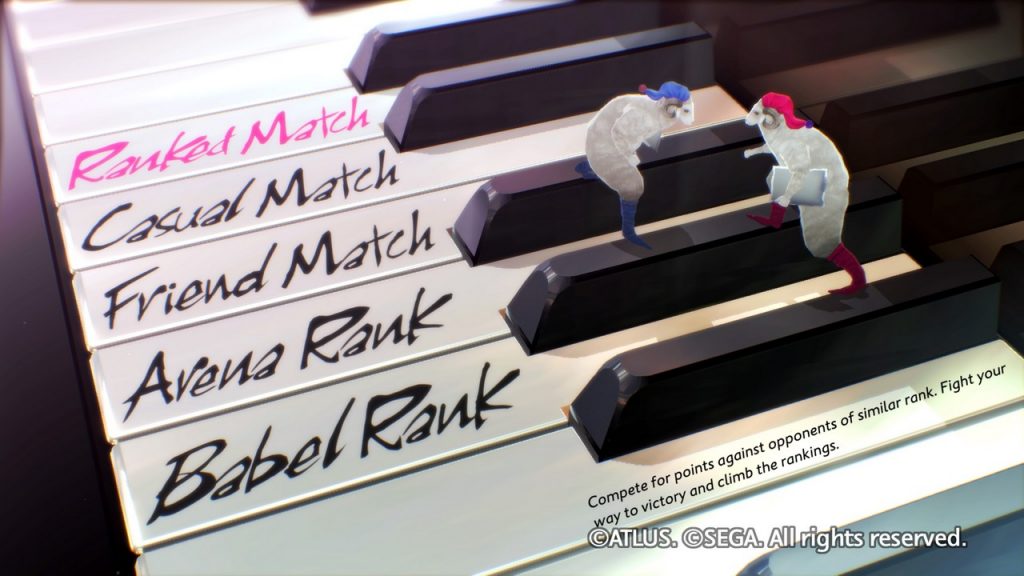 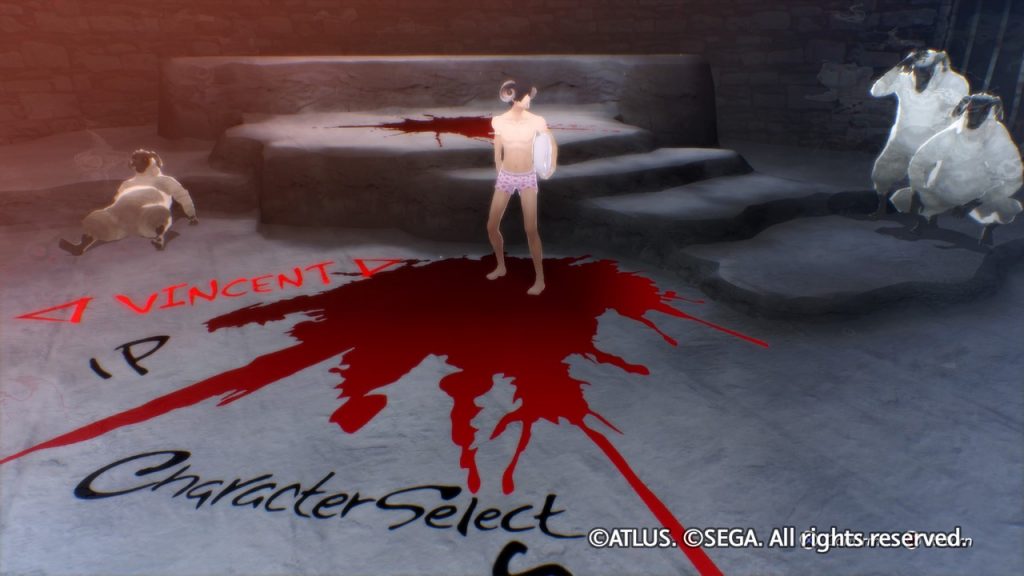 Now, the MAIN difference between Catherine Classic and Catherine: Full Body is that there are new additions to the story. Most notably of all is the addition of another “-atherine” to the already complicated love story of Vincent. In addition to Katherine (Vincent’s existing girlfriend) and Catherine (a mysterious new flame who just suddenly enters Vincent’s life), you now have Qatherine AKA Rin who has amnesia and is a new love interest for Vincent. She ends up working in the bar where Vincent and his friends drink and even finds herself living next door to Vincent. 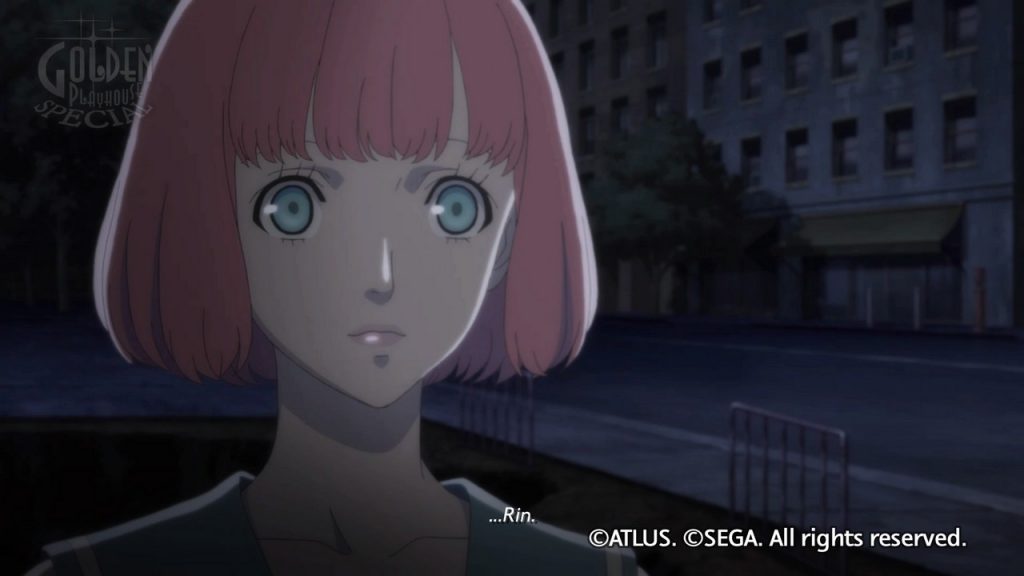 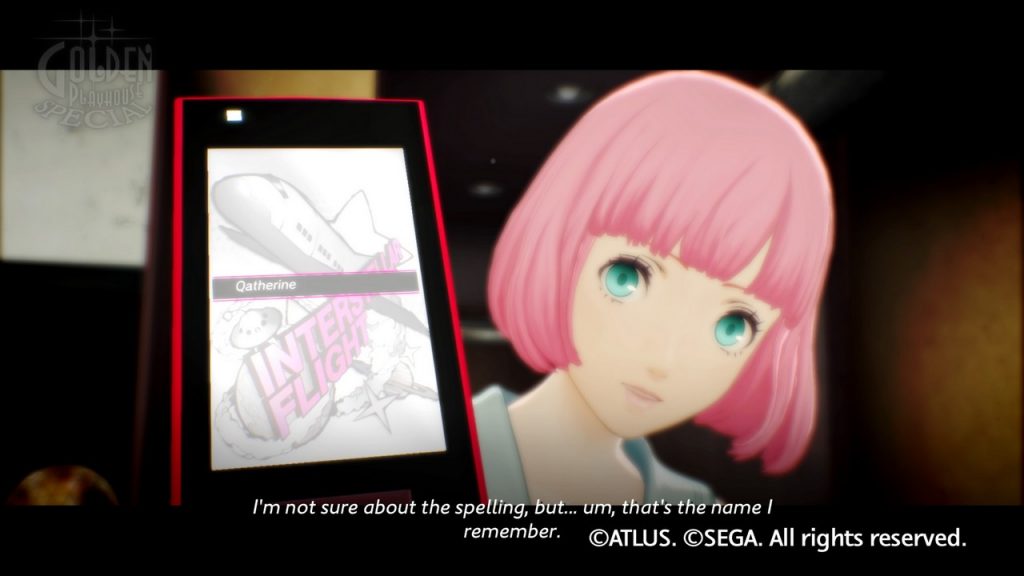 The impressive thing here is that Qatherine’s story is woven into the core story of the game almost seamlessly. I mean sure, it’s not perfect, especially during the “confessional” scenes where the game quite blatantly tells you “THIS IS FOR A NEW POSSIBILITY,” but coming from the perspective of someone who just played his first Catherine game, she did seem to fit story-wise. I will comment however, that Rin just seems so different VISUALLY from everyone else. She seems to stand out from the crowd because, while her story is cleanly woven, her art style just seemed new. She pops from the background so playing “Let’s Spot the New Character” just seems to easy. 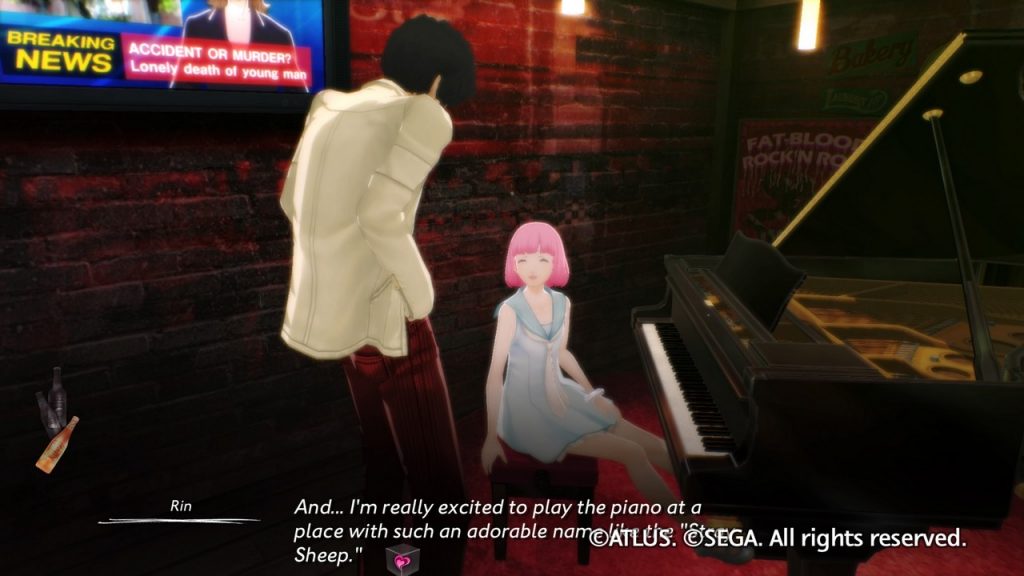 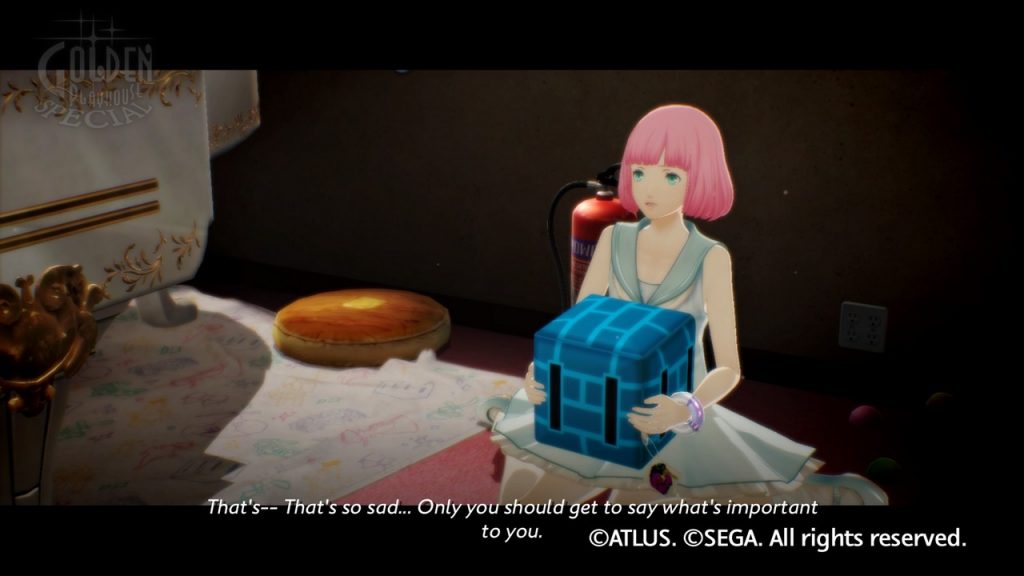 There IS one critique about Rin STORY-WISE. Like I said, in terms of narrative, she seems clean. HOWEVER (and without spoiling), her mere existence does remove a layer of story-telling from the actual core plot. You see, the whole game has 2 settings: the Real World and the Nightmare World. With the original plot, the game has you doubting whether the whole Nightmare experience is even real. Rin’s existence in Full Body however, gives you hints that something is indeed wrong. It’s a small nitpick but it is worth mentioning since this shows that, while Qatherine as new character adds to the story, her placement in the plot does come at a cost to the original game. 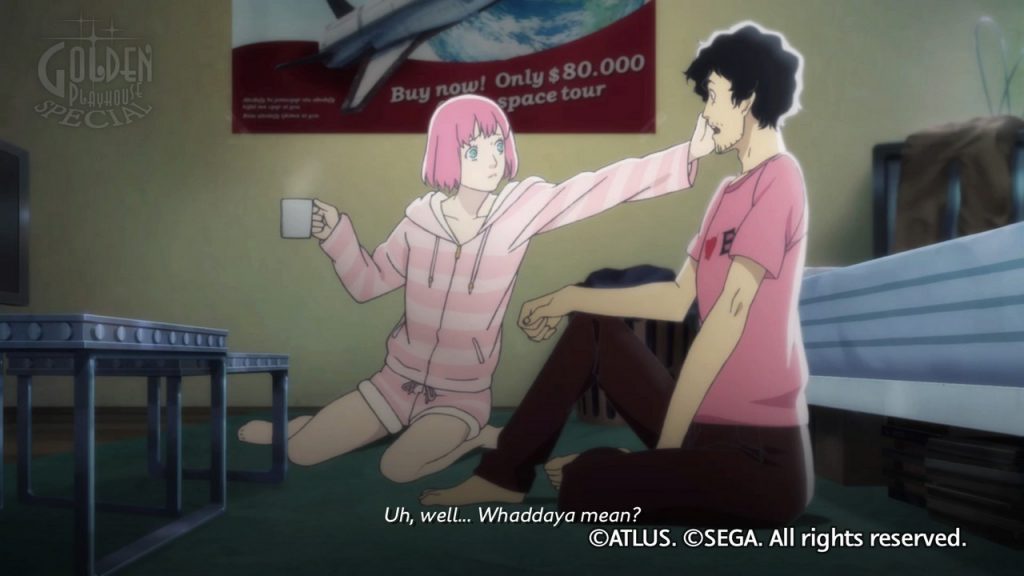 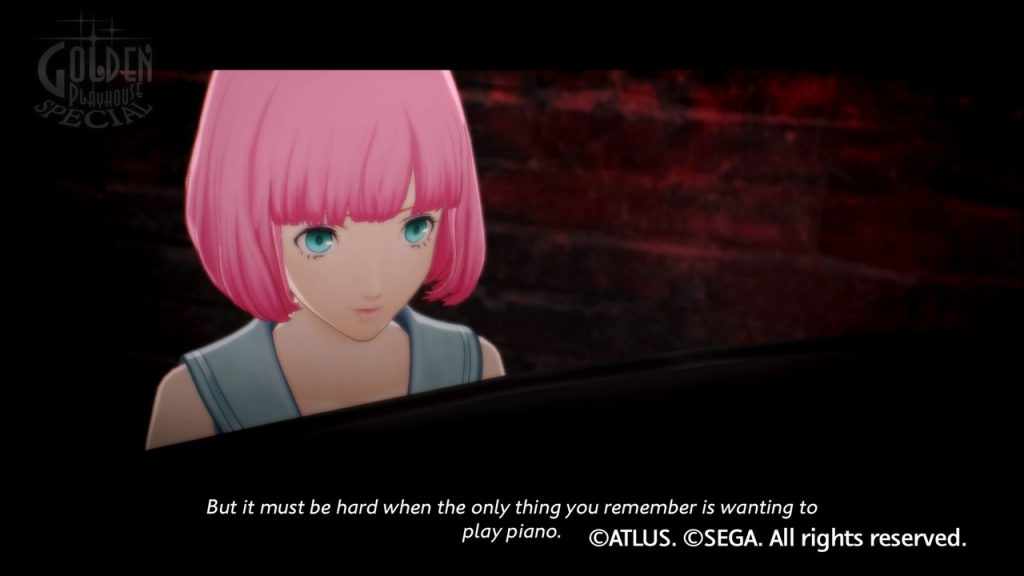 I do love that they didn’t stop with just adding Qatherine. Catherine: Full Body adds a lot of other story elements as a whole too. There are over 20 new cutscenes that were added to the game, as well as 5 new endings – 3 for Qatherine / Rin and 1 new ending each for Catherine and Katherine. A few new characters were also introduced. 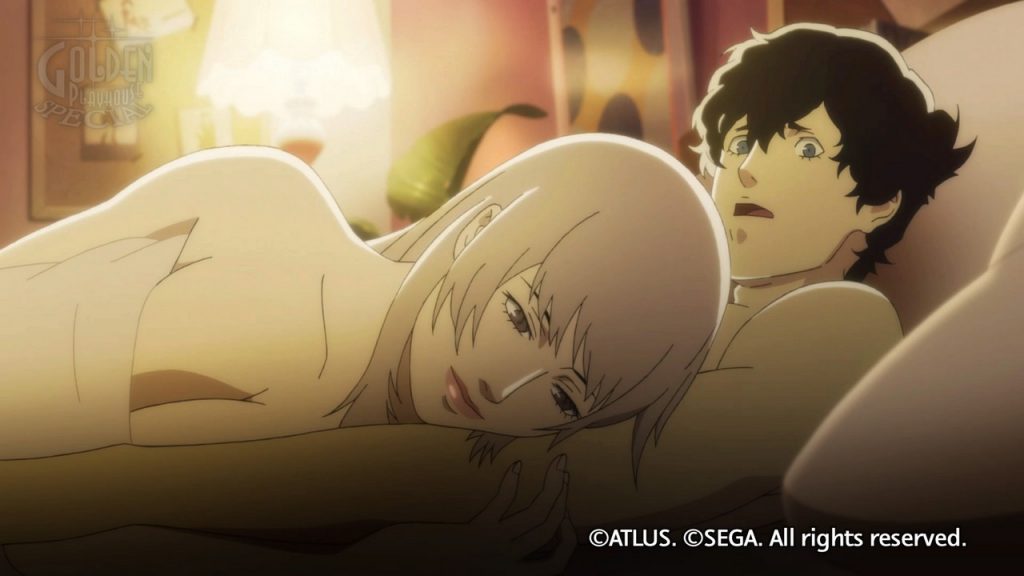 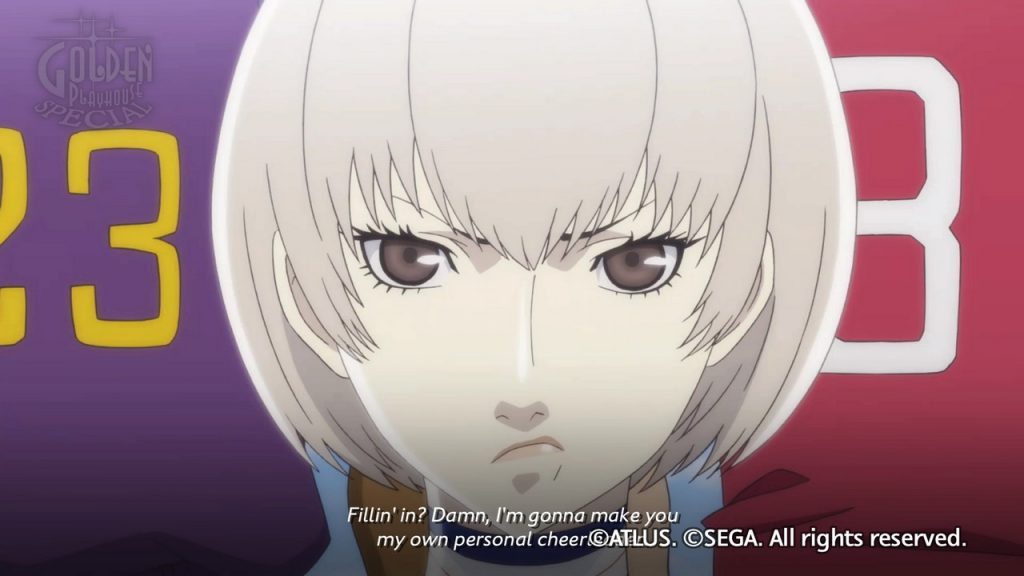 Lastly, one of the new features that I ABSOLUTELY ENJOYED (at least for personal reasons) was the new Jukebox in the Stray Sheep which now features new music from Persona 3/4/5/Q/Arena and other Atlus titles. As a huge Persona fan, I fully enjoyed hearing my favorite Persona tracks while I explored in the Stray Sheep. 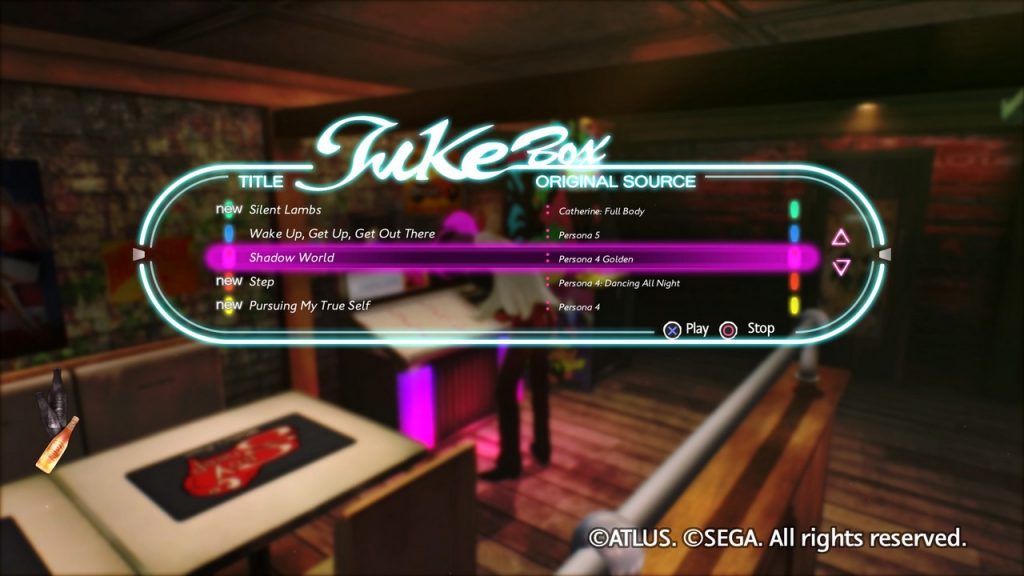 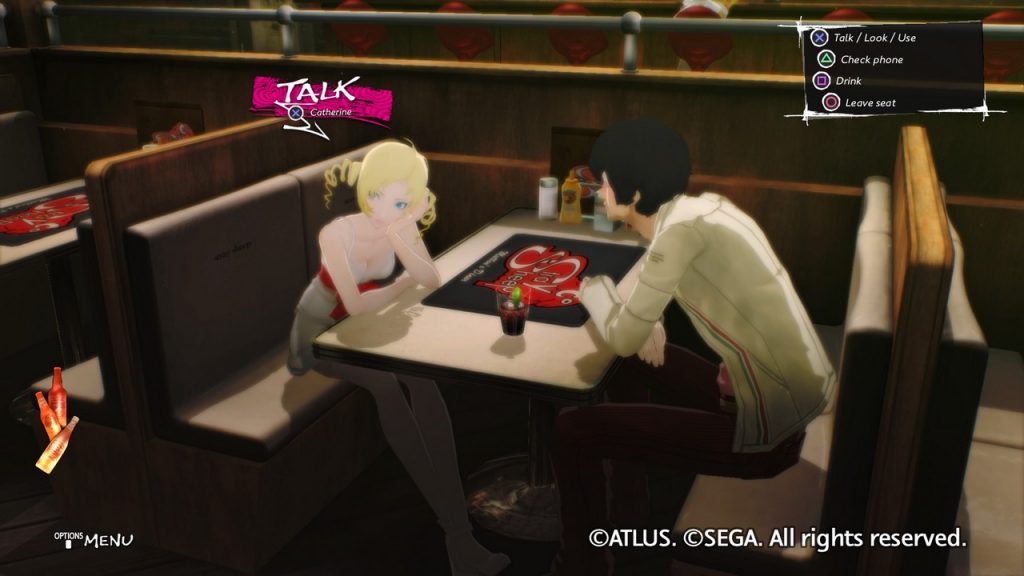 If you want to get in on Catherine but don’t know which version to buy, I’d say it all boils down to what you want. If you just want to check out what Catherine was all about without wanting to commit to the heavier price tag, then go for Classic.

However, if you’re an existing fan of the series and want to see more from this game, then definitely go for Catherine: Full Body. I will admit that Full Body has a significant price difference, but that all comes down to how much you value the additional story that’s been given. If, like me, you prefer story above all else then Full Body is worth it. But if you’re heavily concentrated on just Gameplay, you might be better off just going with Classic. That is UNLESS you really fancy the competitiveness that Catherine: Full Body’s Online Multiplayer provides.

Catherine: Full Body is a game worth playing if you love heavy-story video games especially ones that rock an anime feel. What seals the deal for this title is really the story and the accessibility for Online Multiplayer. Existing fans have a bunch of new characters and story elements to look forward to that adds a new layer to what they previously played. For newcomers, if the story / multiplayer elements don't fully convince you, you may just want to go for the cheaper Catherine Classic first. Catherine: Full Body Review | Is it Worth the Extra 40 USD?