Concrete Genie Review | A Great Game that Could’ve Been Stellar

A few brushstrokes short from being a masterpiece 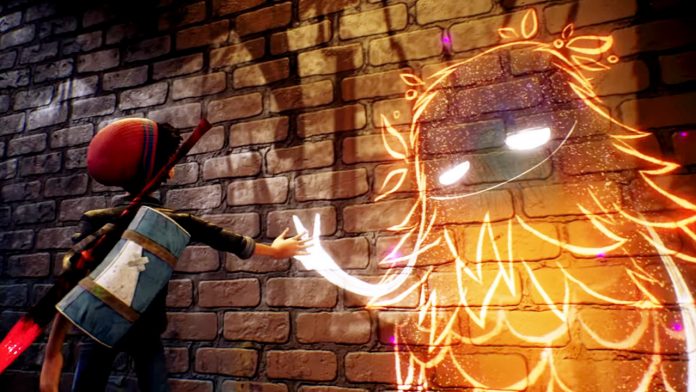 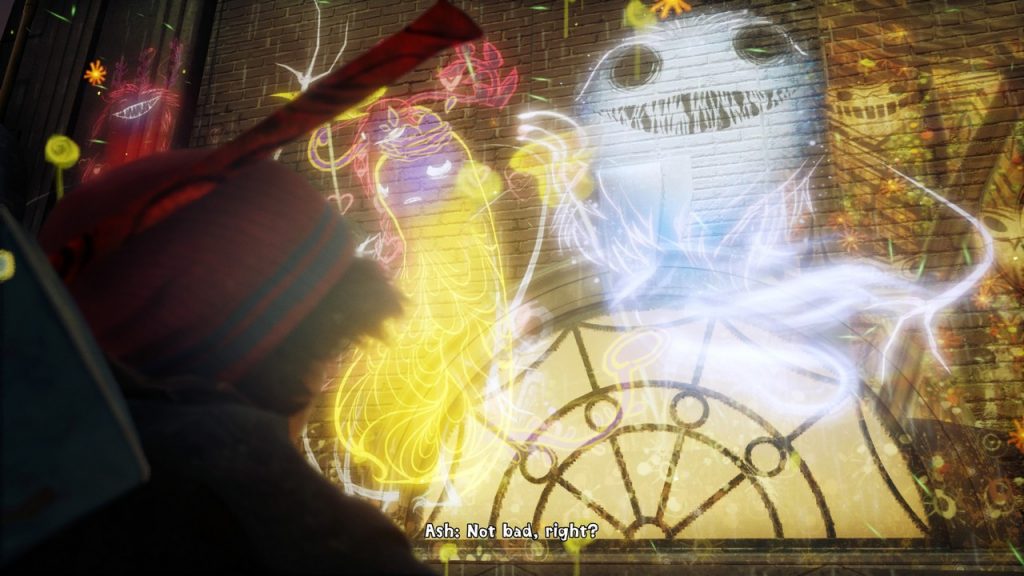 That’s the one word that I will use to describe how I felt when I played Concrete Genie. Seeing the trailer of this game come out during E3 2018, I knew it was definitely a title I had to play. From the trailer alone, it sported an amazing concept and was quite the eye candy. Over a year has passed until then and I can honestly say that this game definitely enchanted and charmed the heck out of me but I can’t help but have that lingering feeling that it could’ve been so much more. I’ll discuss all of these points and more as we go through this non-spoiler review of Concrete Genie.

Brushing on a Sensitive Topic

Let’s start with the premise of the game. The story of the game centers on a boy who loves to paint named Ash who is also the lead protagonist. We find him in the town of Denska drawing on his sketchbook but is soon bothered by a group of bullies. In true bully form, they overpower Ash and scatter the pages of his sketchbook.

After a series of events, Ash meets Luna, one of his sketches that has come to life. Luna then bestows upon Ash a magic paint brush which gives him the ability to paint art that comes to life within the walls they’re painted on. Additionally, Ash is now also able to paint and create Genies – creatures that also come to life within the walls. These Genies form a bond with Ash and also helps him to progress through various parts of the game. Along with this newfound power, Luna does also give you a mission: to fight off the darkness that has befallen Denska and to bring back color into the town. 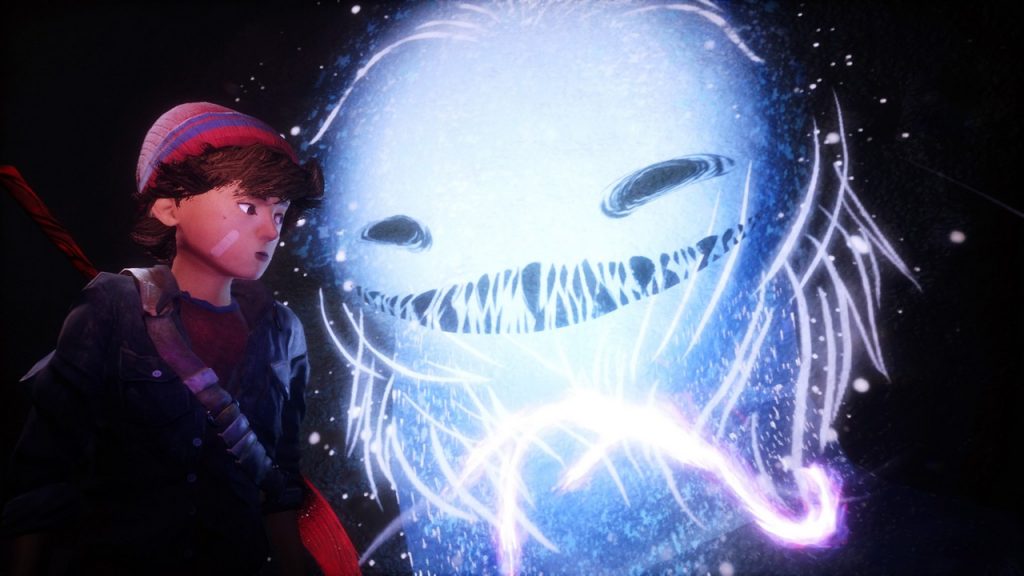 As you’d have probably expected, Concrete Genie deals a lot in symbolism and it also touches on a deeper narrative. I believe that the game carries two main messages: one about bullying and a second on how each person carries a light within ourselves to fight off darkness – be it internal or external. The main story of the game (that took me roughly 6-9 hours to complete) will continue to build on these messages while it dazzles you with an experience that will, at times, simply just leaves you in awe.

As Eye-Popping as it is Heart-Warming

The best part of the game is its core concept which is having you create art that moves / springs to life. THIS is what you’ll happily spend your time doing while playing Concrete Genie. You see if you just wanted to simply PROGRESS, all you really have to do is put enough art in certain walls to make the light bulbs near it light up. If you’ve placed enough, the bulbs will start flickering like Christmas lights. Light up enough and the way forward will be opened. This means that if I just wanted to blitz through this game, all I really have to do is choose ONE OR TWO DESIGNS and fill the said walls with them. 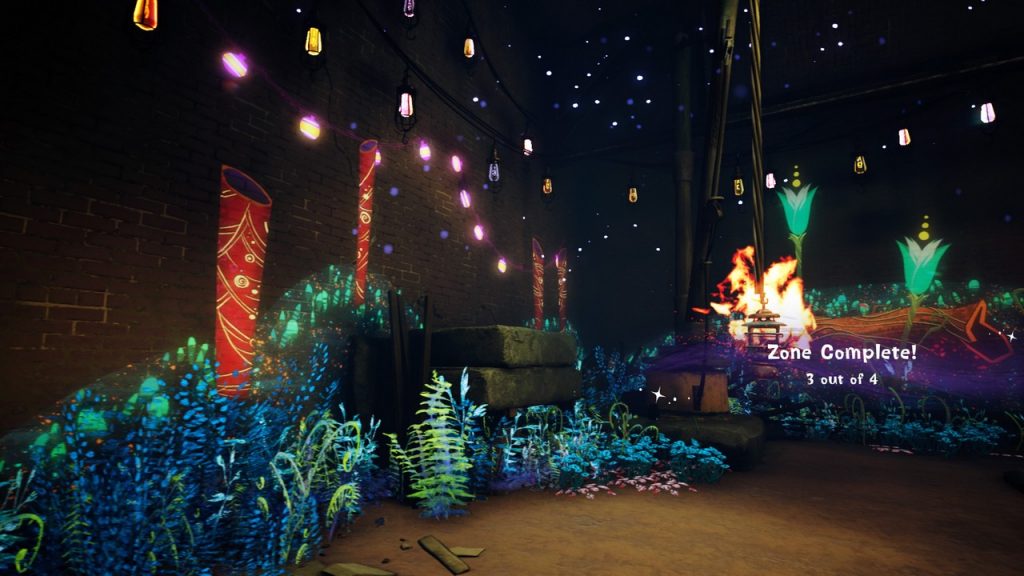 However, that’s when the charm and enchantment kicks in. I found that I just couldn’t do that. I felt COMPELLED to put in work in my creations. Seeing just how beautiful my art became gave me such a powerful urge to indeed make Denska full with beautiful art and not just random designs that filled the bare-minimum requirement. For the record, I am NO ARTIST nor do I have any artistic inclinations. To be honest, one of my fears when starting this game was that I’d be terrible at it. I mean, sure, the trailers looked lovely BUT that was THE TRAILER! That was made by people who KNEW what they were doing. I totally dreaded the artistic eye sore that Denska would become left in my incapable hands… UNTIL the game proved me wrong. 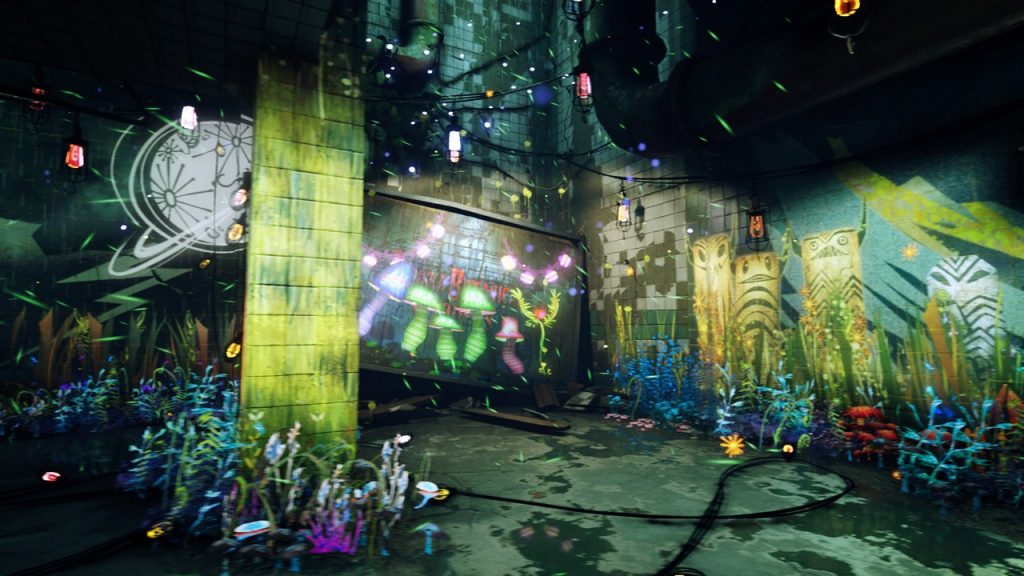 That’s part of the game’s genius. Even with my non-existent artistic talent, the painting mechanic is assisted in a way that made my fumbling strokes looked like works of art. Sure, this does come at the expense of TRUE ARTISTIC FREEDOM since Concrete Genie’s painting feature only allows you to draw pre-determined designs that you can select depending on how many of your sketchbook pages you’ve reclaimed. But I was thoroughly impressed with how beautiful my works turned out ESPECIALLY considering that I was making these drawings using the PS4 Controller’s Motion Control. My strokes were shaky and inconsistent BUT the game would make it so the outcome would still be beautiful. I can’t even count the times that I felt so floored with how gorgeous Denska became, considering how the entirety of Denska just looked bleak and drab at the start of the game. After a couple of hours, the art I made just started to stand out and I experienced first-hand how my efforts really were making a difference against the darkness that gripped Denska. 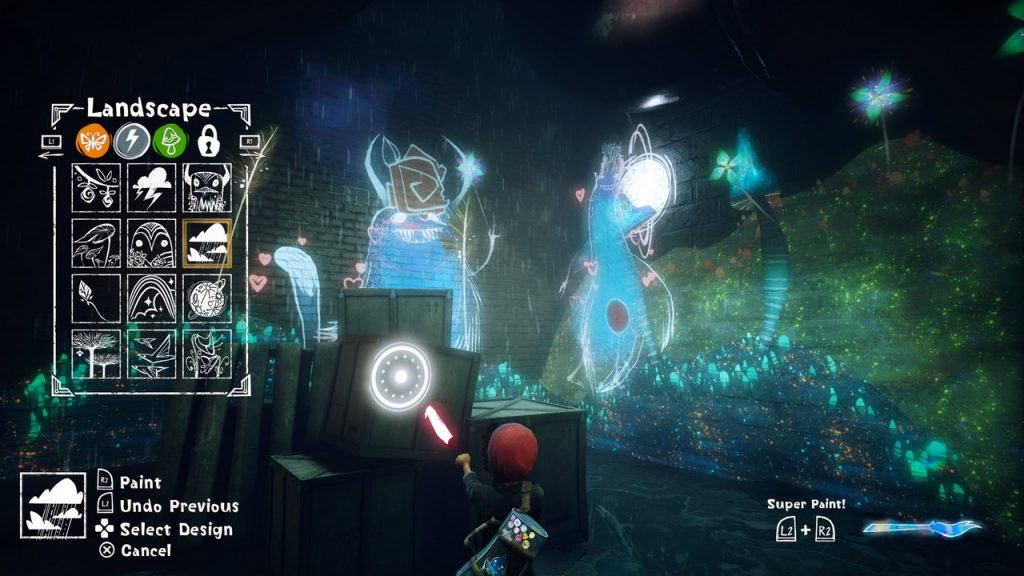 It wasn’t JUST the art though. The Genies themselves were precious. It was amazing how you could draw your genies however you wanted (given the parameters, of course)… and then to see them come to life was just MAGICAL. 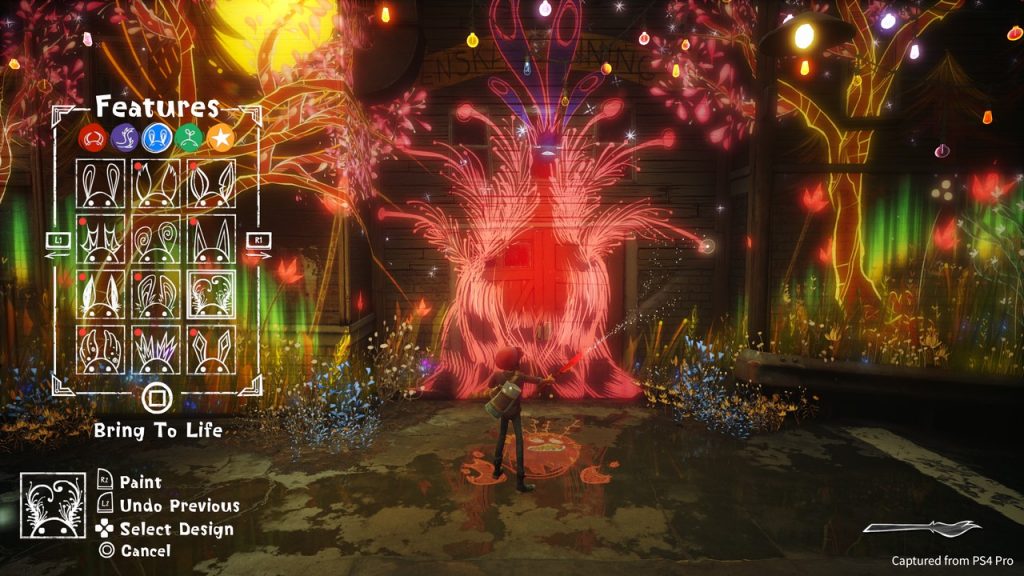 You see, unlike the moving blades of grass and shimmering starts that you make when you paint, Genies are alive enough to interact with you! You tickle them with your paint brush, you play with them, they help you on your quests, they show affection to you. There were even times that they just show their personalities to you by jumping out of a corner to “scare” you or by being afraid of rats. They were alive and, as you play, they’ll definitely feel like friends.

All of these just successfully delivered an experience that’s comparable to watching a Pixar movie. And all that, to me, makes this game great.

Missing the Mark on What Could’ve Been A Masterpiece

Yes, the above factors make this game great. However, there are quite a few things Concrete Genie misses on which could’ve made this game STELLAR.

Maybe it’s just me but I personally felt that the story could’ve been a lot stronger. With everything that the game gets right, I think that there was a very real chance to have a much stronger narrative and to deliver a more powerful message. However, (without spoiling much), the ending felt a little bit lacking for me. I’m okay with short games but I just feel like there was a missed opportunity on what could have been. Especially since Indie / Indie-ish games have been known to be very good at delivering powerful and moving messages. Concrete Genie had this opportunity as well but the lack in the story telling area makes this a game that you’d just recommend so people could play with genies and be treated to a beautiful art experiences. I doubt that story would be one of your primary reasons to recommend this game. 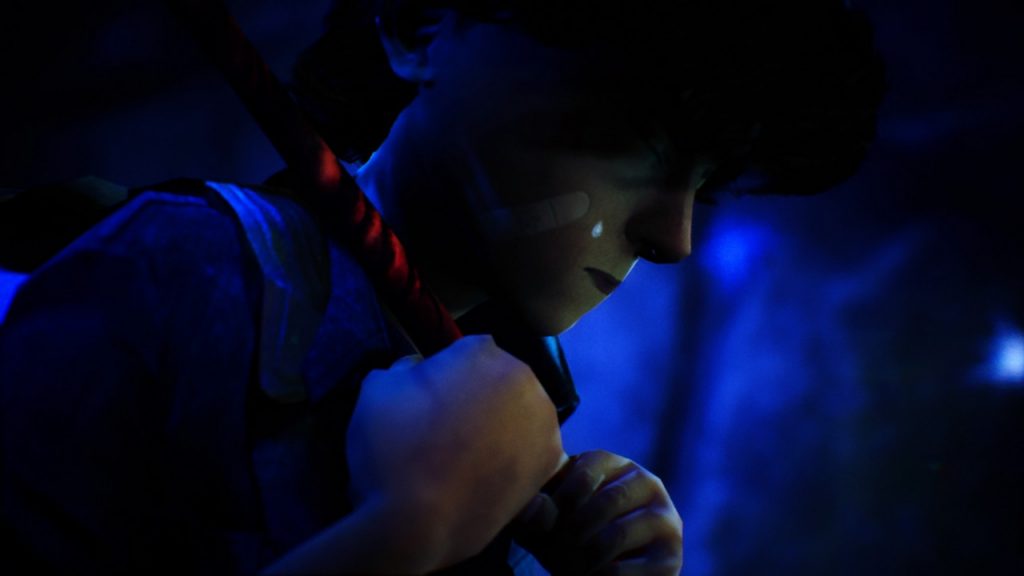 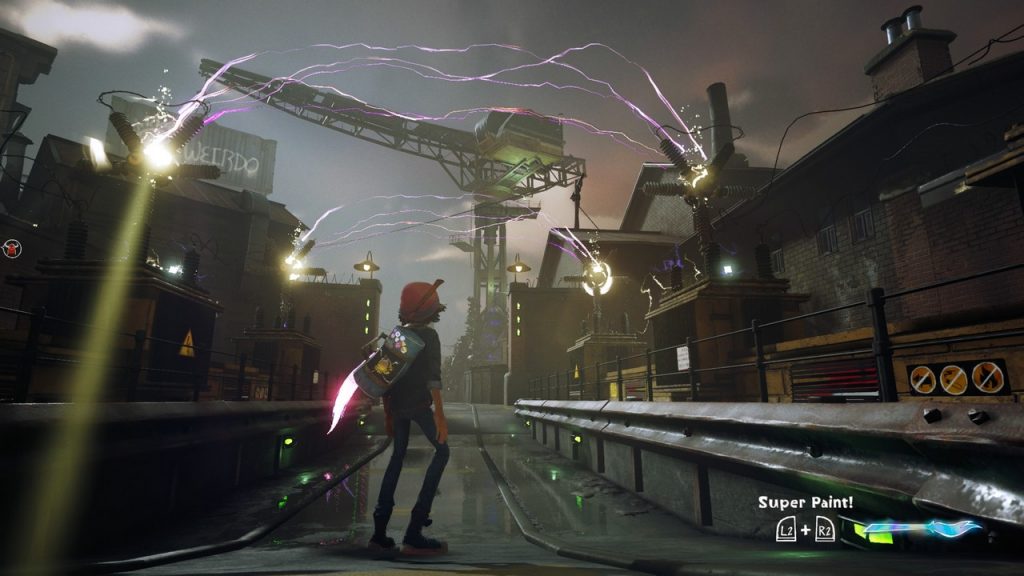 There was also a part in the later stages of the game where Ash gains the power to do combat which felt REALLY clunky and made me think that this was something tacked on last minute. During combat, all I could think of was getting it over with. It wasn’t something I enjoyed doing and I kind of wish they found a way to make a “combat system” that was built on the things they got right instead. The best thing about those stages of the game was that Ash gained the ability to paint skate which made traversal faster… but that was pretty much it as it didn’t exactly provide anything new aside from just getting from Point A to Point B faster. I’m happy to say though that these parts of the game weren’t long.

Oh and this game also has a VR mode but it was kind of just a cooler way to experience the painting mechanic. 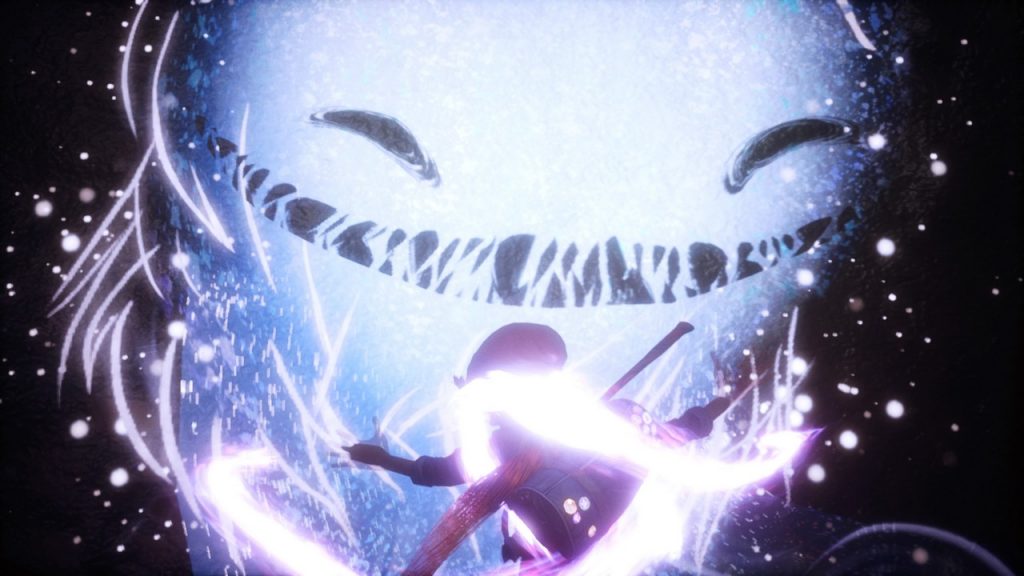 Even with the aforementioned misses, Concrete Genie remains to be a great game just because of the experience it gives the player. If you’re looking for something lighter than your usual PS4 titles but want something that’s still of SUBSTANCE then this one is DEFINITELY something worth considering. A really great title to get especially if you have kids in the family (NOTE: that doesn’t mean IT’S ONLY FOR KIDS. It’s definitely something for all ages just like how Pixar films are).

Concrete Genie’s charm is really quite up there and it left me, at times, just mouth agape in awe at its sheer beauty. I really just wish they did more with the story and that they found an alternative to that clunky combat system because this had all the potential to be a masterpiece.

Previous article
WATCH: First trailer for My Hero Academia the Movie: Heroes: Rising
Next article
English release for The King of Fighters All Star is set for October 22

Concrete Genie wowed us with its awesome concept and visual execution. Along with a heartwarming experience that definitely made the game memorable, its a shame that this wasn't the masterpiece it could've been had the story been more fleshed out and if the combat system wasn't so clunky or had it been replaced with something that played more to the strengths of the game.Concrete Genie Review | A Great Game that Could've Been Stellar