This phone has everything you need and more from a budget device! 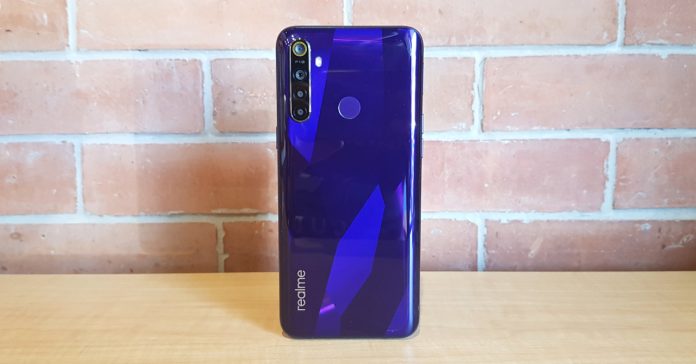 Realme recently launched the new realme 5 series, the successor of the 3 series released earlier this year. Much like their predecessors, the realme 5 series offer powerful hardware and great cameras all with price tags that won’t burn a hole in your wallet.

In my full review of the realme 5 Pro, I found the phone to be one impressive device, making it one of the best smartphone deals you can get right now. So what about the base realme 5? Is it just as good as its ‘Pro’ sibling? 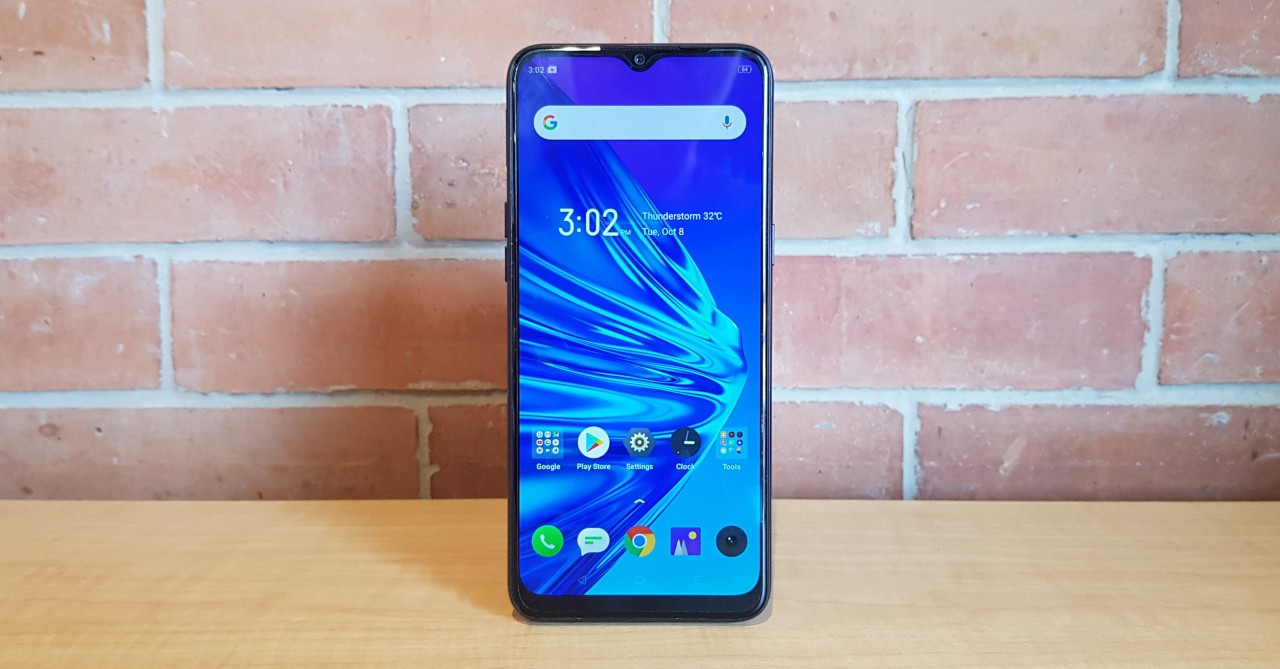 In my first impressions of the realme 5, I though it was a great entry-level smartphone. Of course, that was only with a few days of use. Now, after having used the phone for over a week, I finally have my verdict! Read on for our full review of the realme 5. 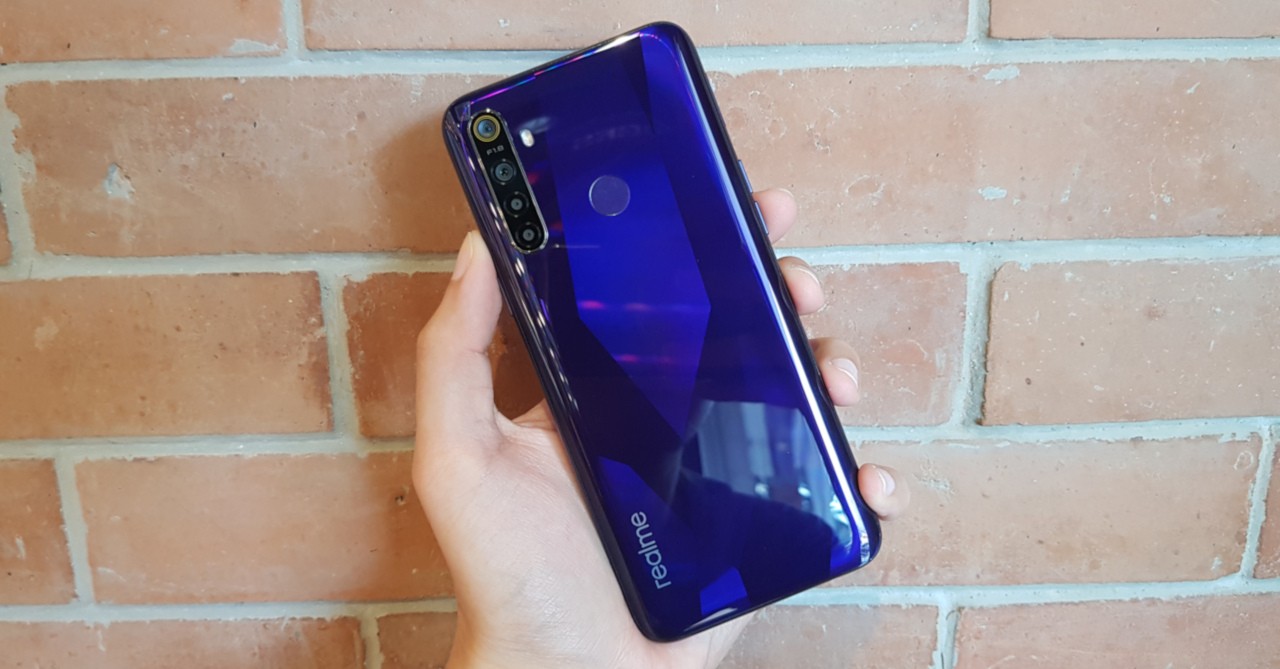 Much like the Pro, the base realme 5 has a “diamond-cut” design that looks very pretty, especially in this Crystal Purple colorway. While it may be a bid difficult to see the design in photos, the realme 5 looks absolutely eye-catching in person. While the phone’s back has a glass-like finish, the sides are much grippier. Plus, there’s a case included in the box, so you won’t have to worry about the phone slipping in regular use. 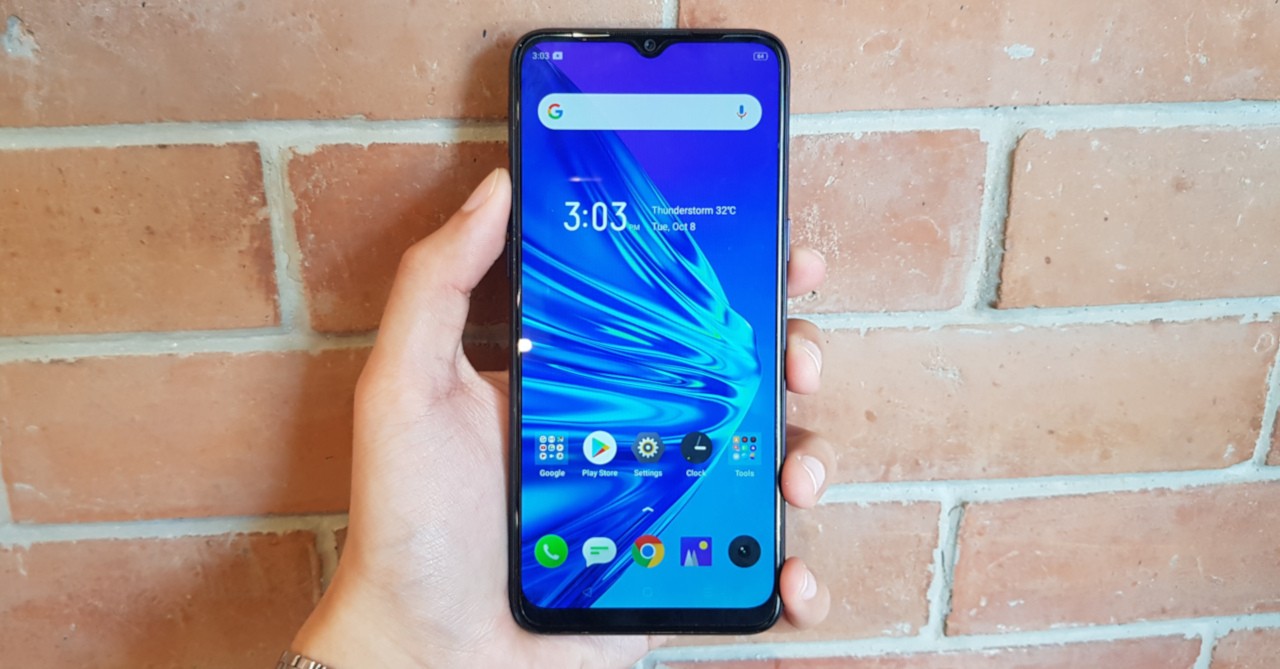 At the front, the realme 5 has a large 6.5-inch display with a small teardrop notch (a design that I prefer over larger notches). Because of its large display, the realme 5 is quite a big phone; surprising, considering Pro phones are usually the bigger phones. Still, thanks to the slim bezels, the realme 5 still fit my hand well (granted I don’t have small hands). 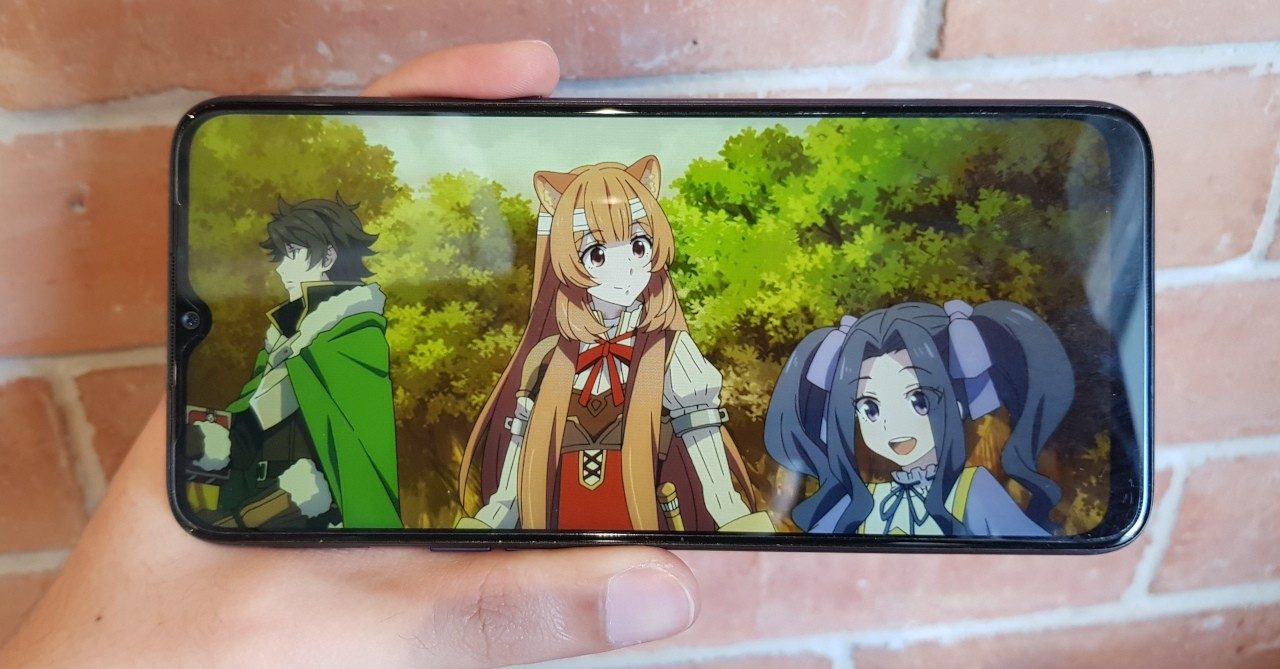 As mentioned above, the realme 5 has a 6.5-inch display, though its resolution is only 720p. While it may seem a bit low for a 6.5-inch screen, I found that the phone was still a good match for binge-watching movies and TV shows. Sure, it’s not the sharpest phone display, but it’s acceptable for a budget phone.

Audio-wise, the realme 5’s onboard speakers are of decent quality with clear and loud audio output; it could use a bit more power on the low end though. If you do plan on binge-watching on the phone, the realme 5 has a 3.5mm headphone jack. 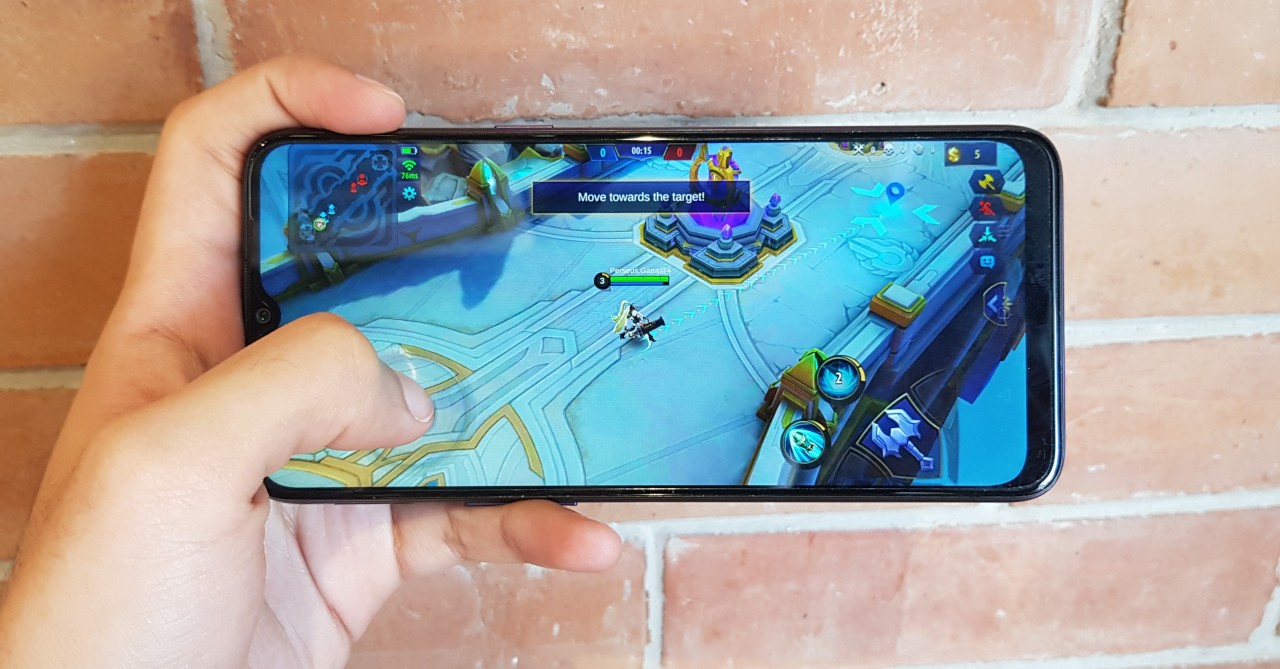 This phone’s predecessor, the realme 3, ran on a Helio P60 processor which was pretty good for gaming. The realme 5 though runs on a Snapdragon 665 which is a big step up in power. Thanks to the powerful processor (and the fact that the screen is only 720p), the  realme 5 is a great gaming smartphone. Games such as Mobile Legends or PUBG Mobile for example ran smoothly at higher settings. The realme 5 can run more hardware-intensive games as well.

Don’t let the lack of megapixels fool you, the realme 5 delivers excellent shots in daytime and indoors with good light. Outdoor photos taken on the realme 5 are plenty detailed and have good colors to boot. While the phone has the Chroma Boost feature (which amps up vibrancy), I prefer turning it off for more natural colors.

For nighttime shots, the realme 5’s main camera is just fine, that is when you stick to auto mode. But if you use nightscape mode, the realme 5 produces great low-light shots, especially for a budget smarpthone.

The realme 5’s ultra-wide camera performs well in daytime, taking great photos when there’s a lot of light. For night photography though, the ultra-wide sees a dip in quality, especially on auto. Thankfully, nightscape mode works on the ultra-wide shooter.

The 2MP macro camera meanwhile, takes macro photos that are of the same quality as the Pro. If there’s a lot of light, macro photos turn out well; if not, close-up shots are noisy and lack in detail.

Finally, the realme 5’s 2MP depth sensor works well for portrait mode, both for faces and for objects. As for the front shooter, selfies are of decent quality and should be social media-ready for most users.

As the Snapdragon 665 worked well for gaming, it also powered the phone through everyday use with ease. From social media to productivity apps, the realme 5 handled everything I threw at it.

Software-wise, the realme 5 runs on ColorOS 6, a UI that I actually rather like given its stock-like features. Take for instance it uses Gboard by default instead of a proprietary keyboard (a plus in my book). 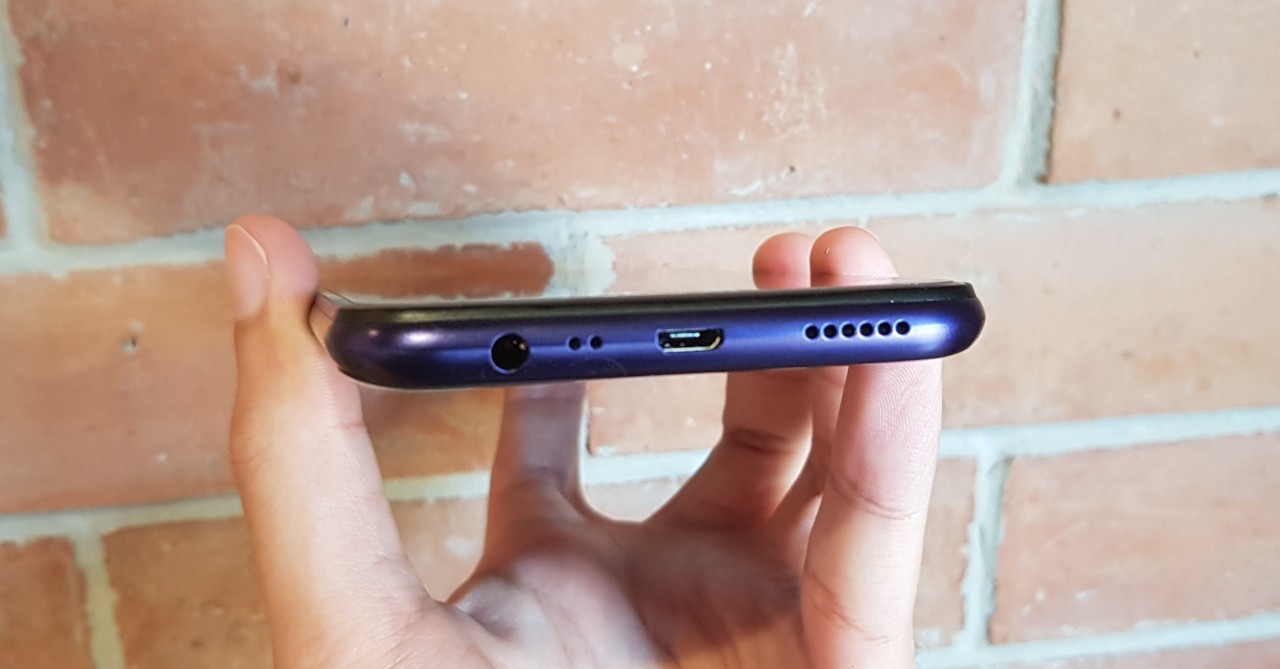 The realme 5 packs a massive 5000mAh battery, this means that the phone can last for up to two days of standard use. Even if you heavily use it, you likely won’t be able to drain the battery in just a day. 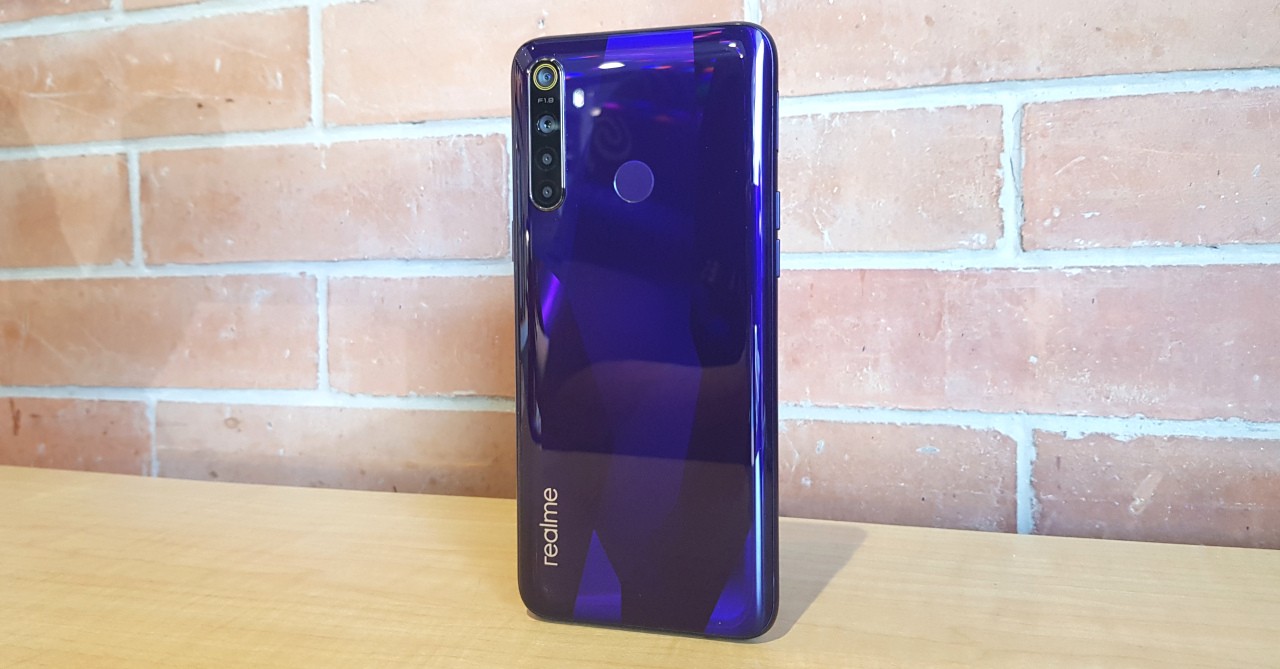 While it may only have a 720p display and an ultra-wide camera that’s not the best for night photography, it’s easy to look past these given that the realme 5’s price starts at only PHP 6,990. So if you’re looking for a powerful and long-lasting gaming smartphone with good looks and a versatile camera setup, the realme 5 is a great buy!

The realme 5 is another budget winner from the brand as it packs a powerful processor, massive battery, and a versatile camera setup, all for a price that starts at only PHP 6,990. Geek Lifestyle Review: Realme 5