Get ready for the upcoming video games of October 2019

There are lots of games to play this month! 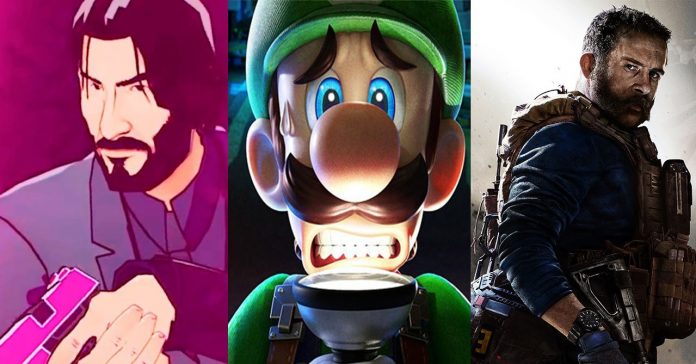 With exciting news like FF7 and Last of Us 2’s release date reveals, we definitely can’t wait for it to be 2020 already. But it is way too early for us to close 2019 as there are still a lot of games coming up in the last three months of the year, especially this month. So if you’re itching to play some new games this month, here are the exciting games coming out in October 2019!

Ghost Recon is back with Breakpoint, and this time it’s set in a open world environment. While there’s no singleplayer campaign this time, the game’s multiplayer does seem exciting given that there are four available classes with teachable perks. So if you’re looking for a slower, more tactical shooter game, you should check out Ghost Recon Breakpoint.

Developed by PixelOpus, the action adventure game the story of Ash whose quest is to find the lost pages of his sketchbook and bring life back to his city. Doodle your way through the game as it allows players to free-style their own drawings, affecting the behavior of the game’s various creatures. Keep posted here at UnGeek for our full review coming soon.

Learn more about the story behind the extraordinary assassin, John Wick in this breathtaking action strategy game which serves as a prequel to the popular movie series. Developed by Bithell Games, John Wick Hex features a unique art style and an interesting action-strategy gameplay.

The soft reboot of the mega-hit Modern Warfare games is coming out this month, and it will feature a cross platform multiplayer, a bigger focus on realism, and lots of different game modes!

Mario’s cowardly little brother Luigi must explore a luxurious haunted hotel to rescue his brother and the rest of the gang. You can check in, strap on that Poltergust, and join with up to 8 players when the game hit the shelves this Halloween.

Aside from the games above, there are more ports, remasters, and new titles still on the way this month:

- Advertisement -
Previous article
Test your skills and win huge prizes in the Coins.ph Mobile Legends Challenger Series
Next article
Celebrate 10 years of Borderlands with a month filled with rewards