Ghost Recon: Breakpoint Review | A tactical shooter that is all over the place

It offers tons of features, but they just don't mix too well.

Before I move on to my review, I must confess that the last game that I played in the franchise was way back in the PS2 era. So it was with great excitement that I tried out the new Ghost Recon: Breakpoint, especially given how much features are packed in it. Sadly though, quantity over quality isn’t always a good approach for games, especially considering how all over the place Breakpoint turned out to be.

Breakpoint is a direct sequel to the 2017 installment Ghost Recon: Wildlands which was the first to take the franchise in a open world settings that also set the narrative of the latest game as well. In Breakpoint, your self insert character (Nomad) and the Ghost crew flies to the fictitious island of Auroa somewhere in the South Pacific which is owned by a billionaire named Jace Skell. Skell envisions the island to be the center for developing advance military equipment like drones and well, more drones. Things go bad though when the island’s communications to the outside world is cut-off, making it a reason for your squad to head-off and find out the reason for the island to go black. 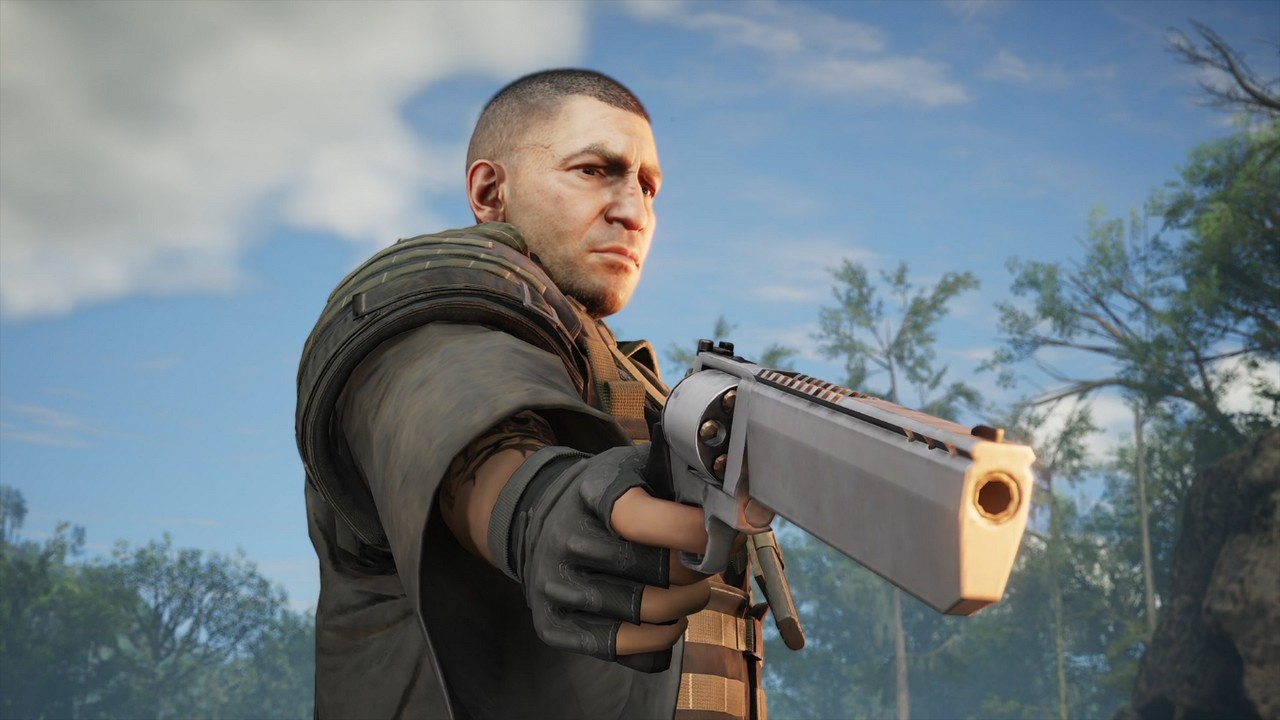 As your team head out via Helicopter, the Island of Auroa welcomes your whole crew in a festive manner with drones gunning the heli down. Surviving the crash, you find out that the person behind the attack was none other than the former Ghost Lieutenant Colonel Cole D. Walker (Punisher), who is now leading a militia group and closing the island under martial law.

Trying to be alone in a wild land 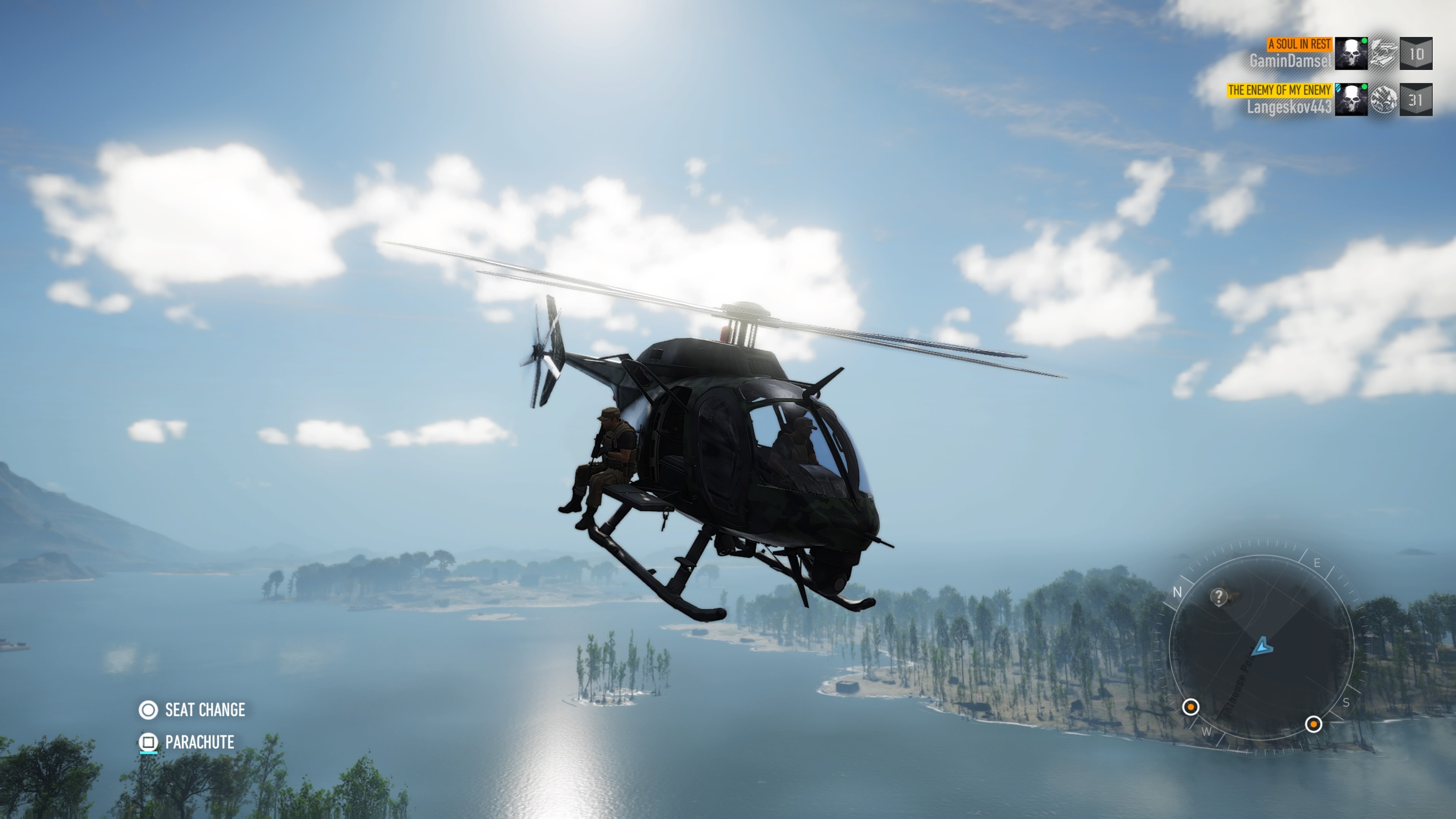 It seems that the narrative has the intention of setting up the player in a isolated situation where communications are cut-off and the danger is in every corner. Which is rather strange as Breakpoint actually encourages co-op gameplay as it requires you to be always connected to the internet. This means that you never really feel isolated as you can always call the help of other players. You can also build camp site to invite or join other players to eat some rations for buffs or craft items.

The gameplay is simple with an RPG-esque aspect to it; there are 4 classes to choose from and a skill tree that can aid you on your quest for destruction. Each of the 4 class has their own perks that gives unique bonuses, while the skills from the skill tree are all teachable so if you manage to grind for skill points you can unlock them all. 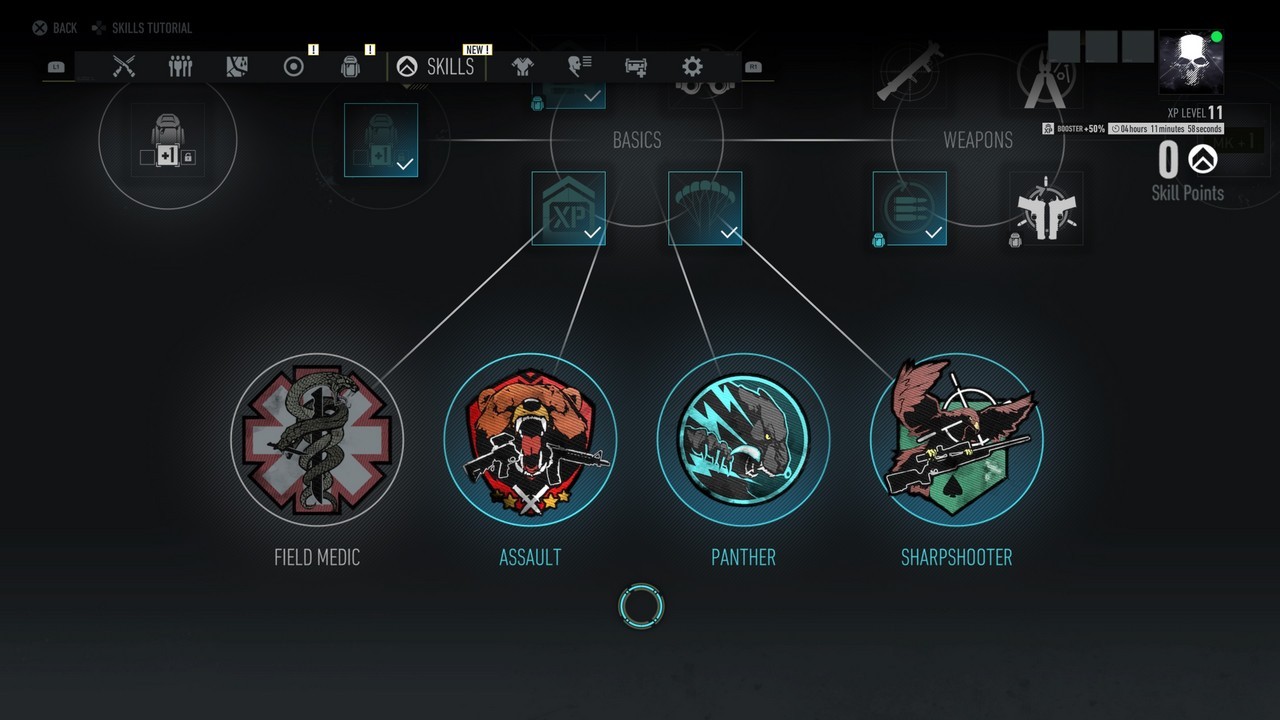 While the combat is still your basic shoot ’em all, still being tactical during your raids won’t hurt you. You can use your drone to do reconnaissance by marking hostiles in the vicinity or scanning the area for loot and finding the nearest exit for your great escape. But despite all the planning, I always found myself frustrated at how the stealth in-game works. 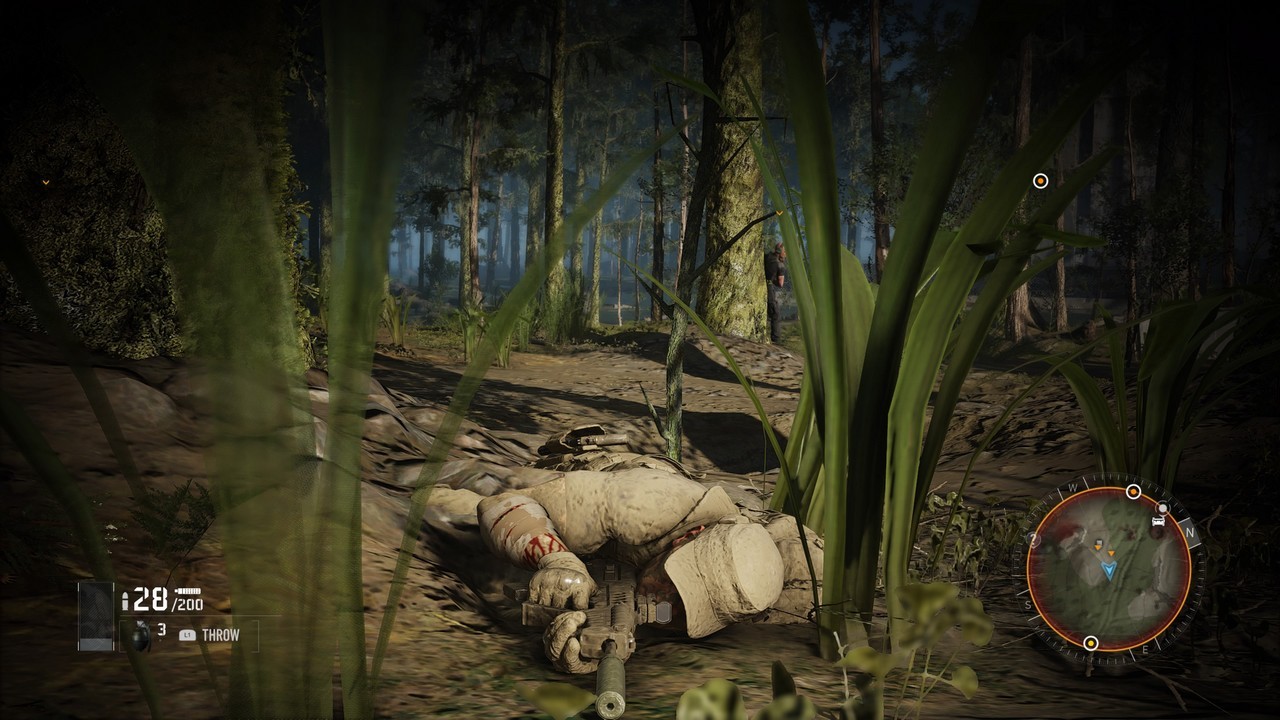 True, you can use the shade of vegetation to hide or stay in place to cover yourself with mud. The nemesis of my stealth is not the Azrael drone, but instead the awkward cover system as your character will automatically lean while close on a wall. The cover system is just so clunky that trying to take a peek will automatically give your position away. While trying to aim during the covered state, my character will always switch to standing position leaving me in a bad spot to take enemy fire. A total shame since other shooters actually has the same feature but more refined and not awkward to do. If I ever ended up dying the game will respawn me in a random spot, which doesn’t help as any ongoing mission would be lost. 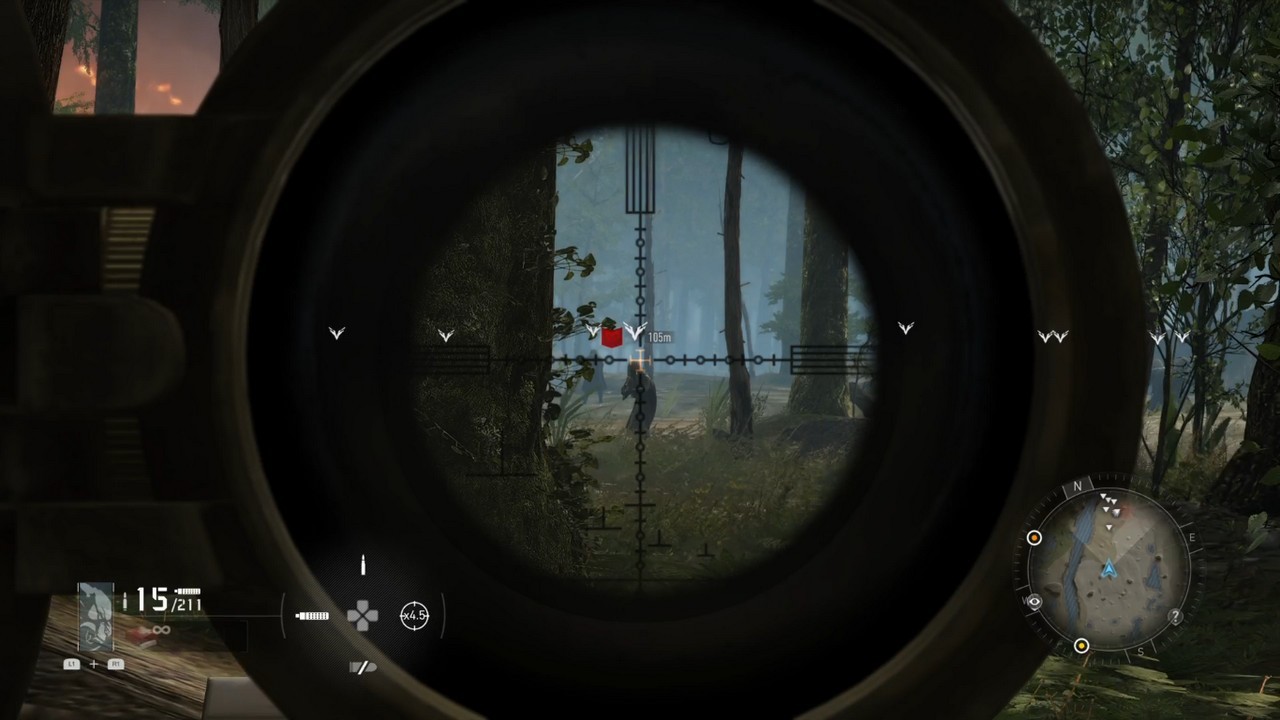 So the cheesiest way to deal with any enemies is just to pick up a strong sniper rifle and aim for the head. You can grind for equipment through side quests or hunt for blueprints, but if you don’t have the time to spare you have the option to purchase them via micro-transaction through the game’s shop. There is a loot system, but it’s underwhelming especially when you find out that each loot has not much difference despite having higher numbers or rarity. There’s also the fact that different guns just feel identical with each other. 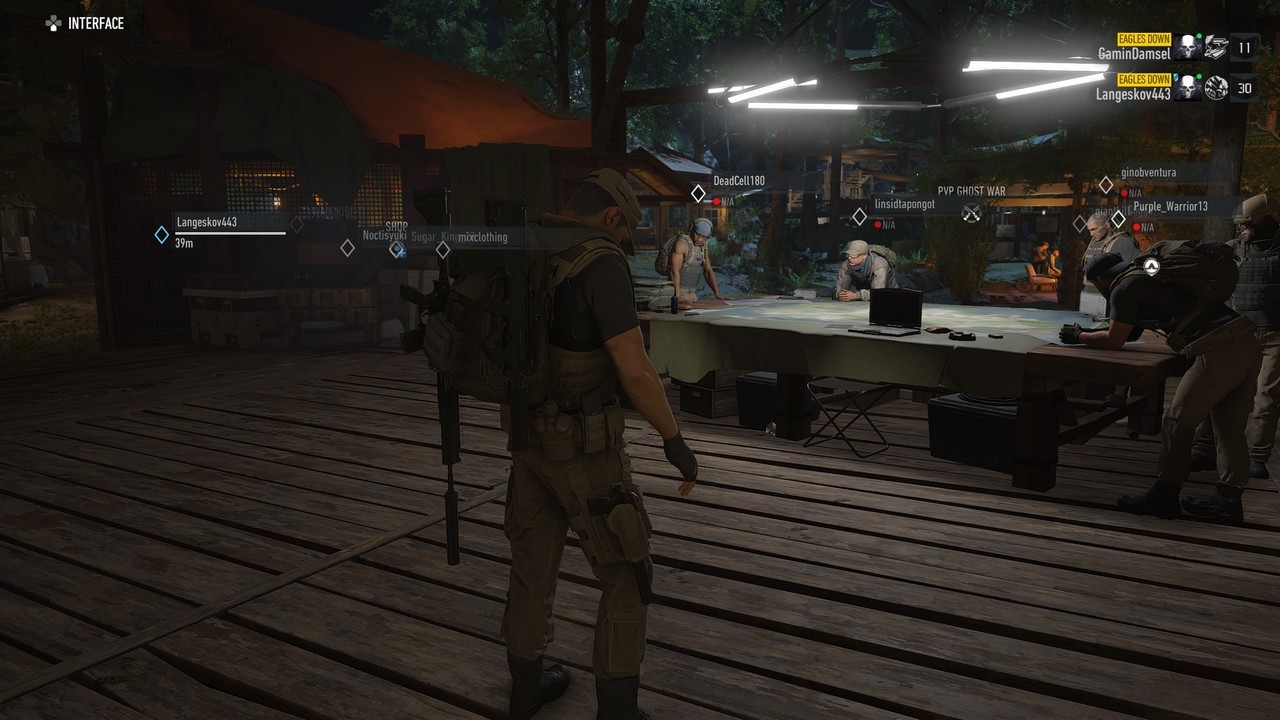 Playing with randoms can also be frustrating at times, especially when both players have different objectives or just simply refuse to communicate to each other. It is highly recommended to just pair up with a friend so you can make most of the coop feature. 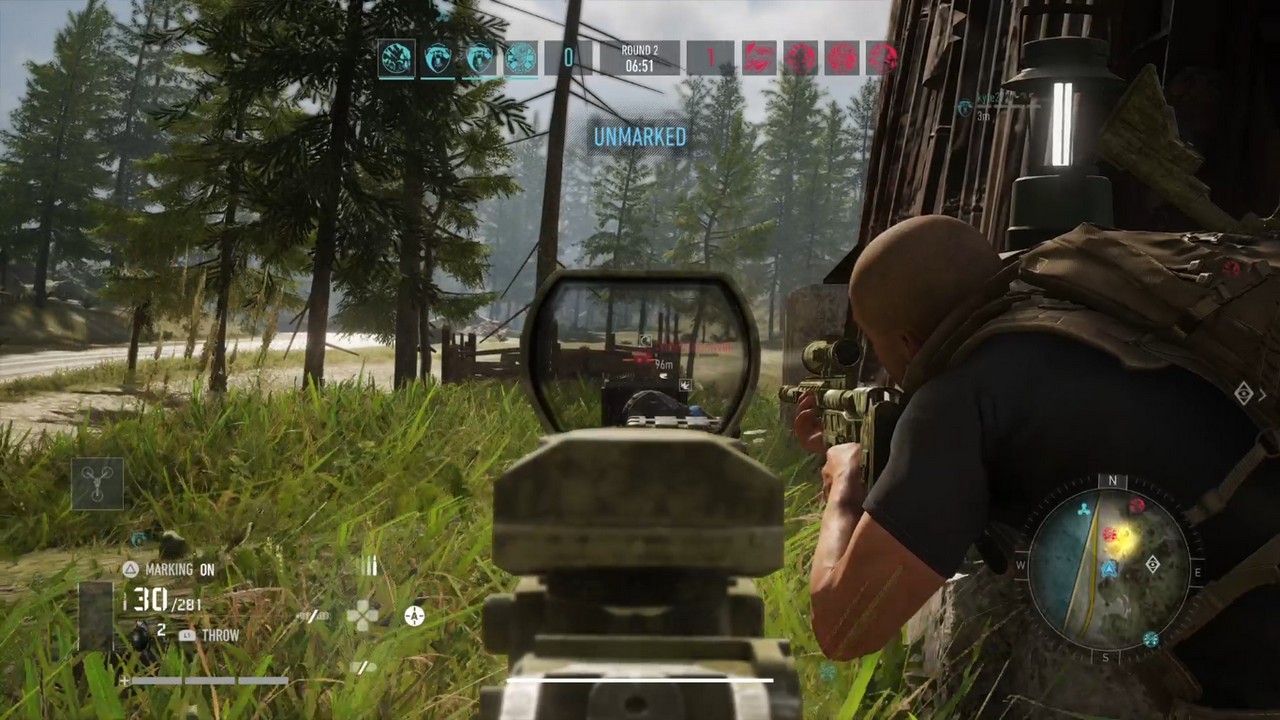 If you ever get tired of playing against the game’s AI, then you can head out to ghost war where the real challenge is. Here you can do battle against real people and test out your skills, in my case I was thankfully carried by my teammates for the most part.

The NPCs that is dead in the eye

Conversations with NPCs can be funny given that their voices go out of sync, all while looking rubbery and emotionless. What’s even more funny are the bugs that I encountered during my playthrough like vehicles bouncing on their own and some visual bugs like trees going off the grid; here’s hoping the devs eventually fix this. 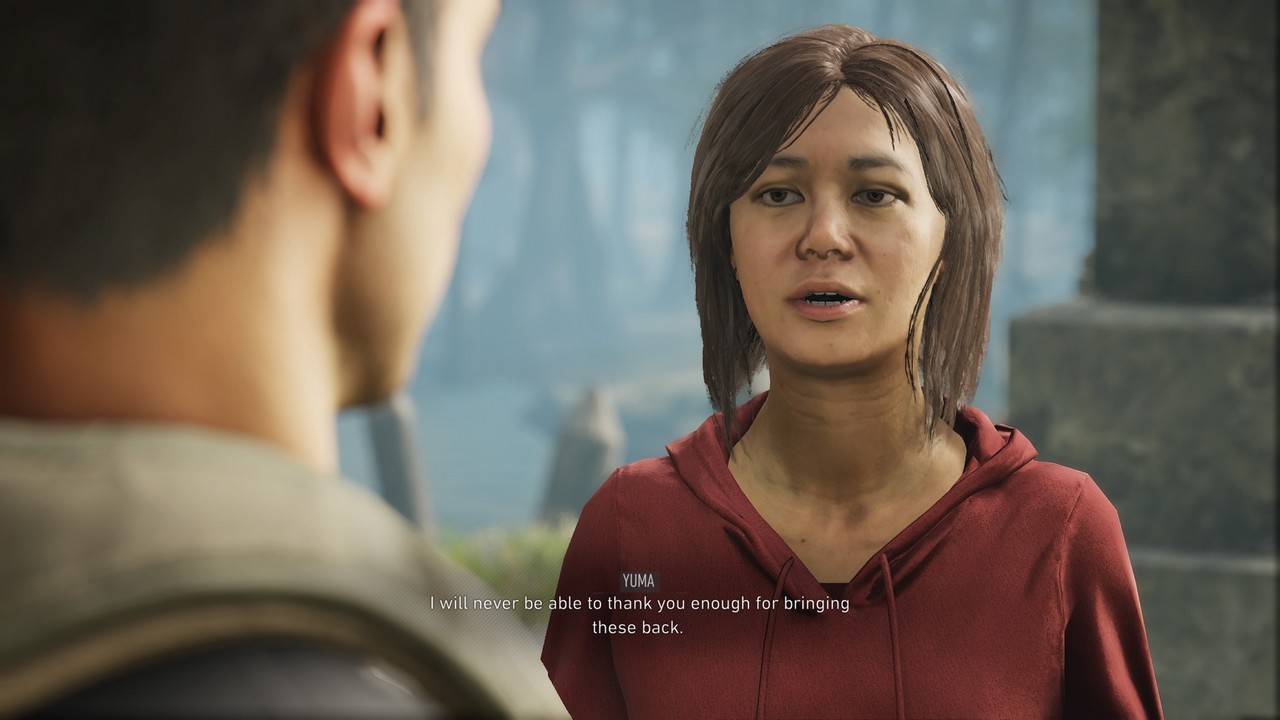 The saddest part for Breakpoint is the fact that you have to be always online to play the game. With no option for a offline campaign, you have to have a healthy connection to keep-on playing. If you ever get disconnected in the middle of a cut-scene, you will have to start it all over again, frustrating given that there are cut-scenes that you cannot skip. I really wished that they left the option to play offline.

Despite the game’s many flaws, I must admit that I actually had some fun with Breakpoint for a few hours. While the game’s PvP is actually nice, the game’s main story is not as motivating to do as the only character worth remembering is Cole D. Walker (Jon Bernthal). There’s also the fact that the game’s requirement of being always-online is a detriment, both in relation to the campaign and to actually playing it. Still, Breakpoint has a lot of potential, so we can only hope that the game receives a worthy expansion or big updates. For the time being though the game is still a mess.

Ghost Recon: Breakpoint Review | A tactical shooter that is all over the placeGhost Recon Breakpoint offers some good, though it overall offers quite a messy gaming experience. Stealth could be much improved, and the always-online requirement is an annoyance. Still though, there is some fun to be had in this game, especially if you play with friends.