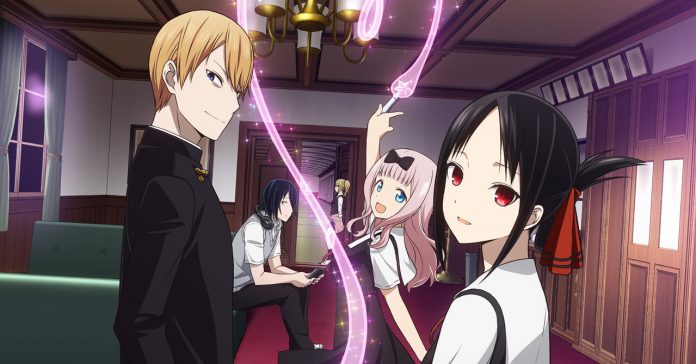 Great news anime fans, Kaguya-sama: Love is War is getting a second season! The anime’s season 2 was announced last Saturday at the official Love is War website. For its title, Love is War season 2 will be called Kaguya-sama wa Kokurasetai? Tensai-tachi no Renai Zunōsen (no official English title yet though). As for release date, no announcements have been made yet.

Alongside its confirmation, the key visual for the Love is War season 2 was also revealed: 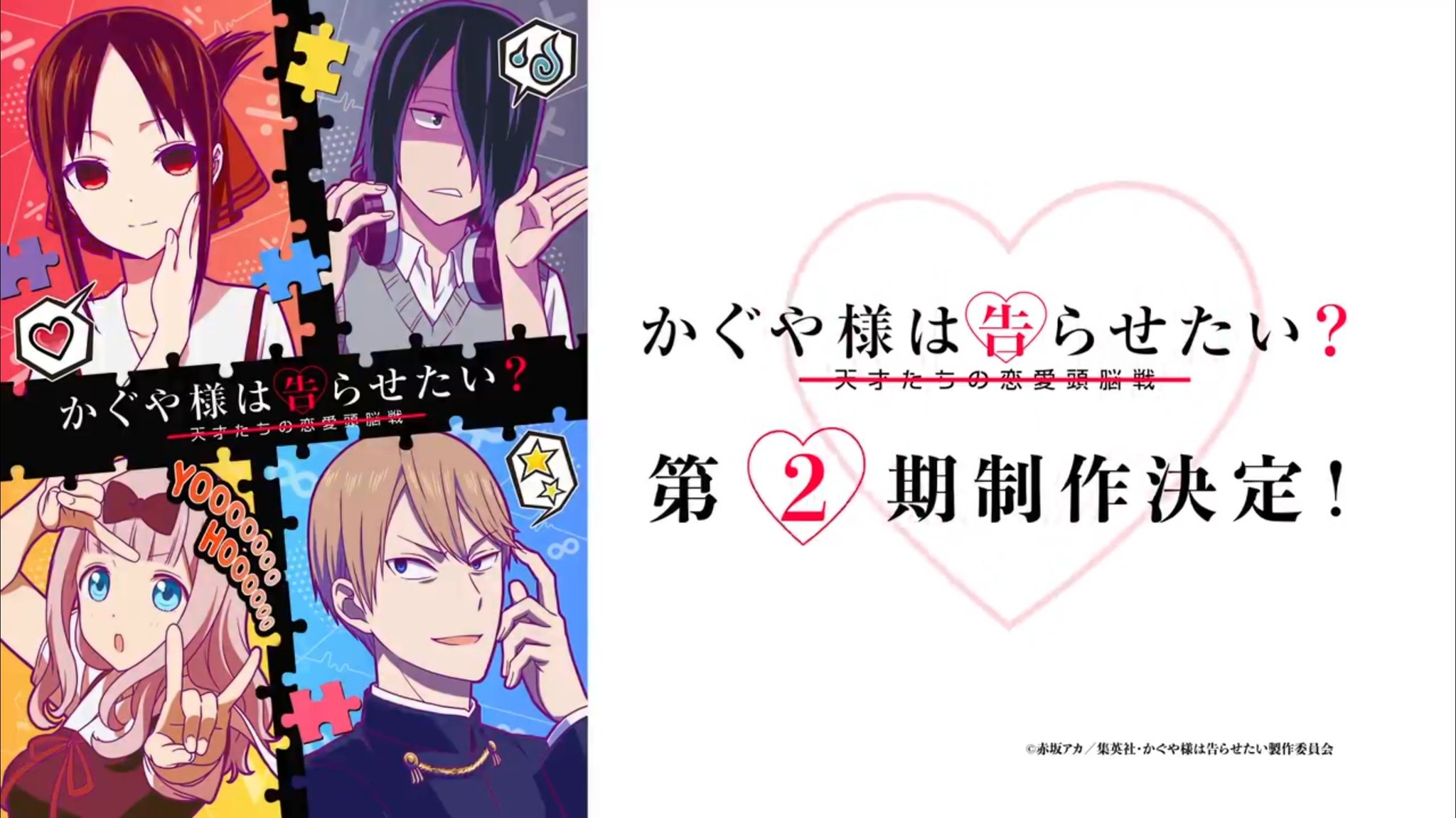 In case you’re unfamiliar, Kaguya-sama: Love is War is a romantic comedy anime series adapted from the ongoing manga of the same name by Aka Akasaka. The series follows student council president Miyuki Shirogane and vice-president Kaguya Shinomiya, both of which have feelings for each other. Instead of admitting their feelings though, Miyuki and Kaguya are too proud to do so, and instead they create various schemes to make each other confess.

The 12-episode first season aired from January to March, 2019. In case you haven’t watched it yet, you definitely should! In fact, it’s one of my favorite anime series of the year so far!