Legend of Zelda: Link’s Awakening Review | An awesome remake of a ‘Zelda’ classic

A game that both new and long-time Zelda fans can enjoy! 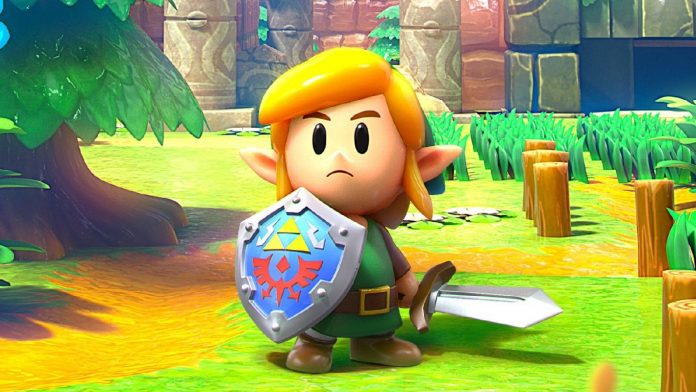 I can still remember the time when I first got my hands on a Gameboy and played the games that came along with it. Perhaps one of the most memorable games I played in the era was my adventure on Kohilint Island on Legend of Zelda: Link’s Awakening. No matter how monochromatic the game was, it was a colorful journey to remember for me. About 25 years later since it’s first release, Nintendo decided to let people experience it all over again with the Link’s Awakening remake. This time with lots of improvements such as updated gameplay and a cutesy sound + visuals that capture the same magic of the original game.

Perhaps the game’s distinguishing feature is it’s whole presentation — the beautifully rendered graphics (from it’s environment to the 3D character sprites) is just great eye candy. The best way to describe it is that everyone looks like a toy given life; it’s as if you were watching those toys in a Christmas display. Not only that, some cut-scenes are now fully animated, so this goes without saying that the whole game’s aesthetic is really superb. Except from the fact that the framerate will occasionally drop, but hey, these are few and far between.

The game dons not only an updated style, but also it’s familiar music has been re-scored. So you’ll hear the same Ballad of the Wind Fish, only this time not in 8-bit form but in it’s whole orchestral glory.

While the game’s graphics and music completely embraced the modern touch, Link’s Awakening’s gameplay still has the same formula only with a few tweaks. Changes include dedicated buttons for certain equipment, avoiding the hassle of pressing the start button every time you have to use certain items. Numbers of Secret Seashell, Piece of Heart, and Warp points are now increased; plus there’s now an option of choosing where to warp.

The difficulty is still not as hard even with the addition of Hero Mode like in A Link Between Worlds; regardless, it is enough keep you entertained.

While the whole island including the dungeons is pretty much the same, they did change it up a little (like the waterfall portion of the game).

Some optional locations also make their return such as the Color Dungeon. Meanwhile the Camera Shop is now dropped and is replaced by Damphe’s Chamber Dungeon. There, players can create their own dungeon.

Link’s Awakening (2019) is an awesome remake of the 1993 classic using the same challenges and the very same formula. It also comes with super-cute graphics and awesome music, not to mention that it brings a lot of polish gameplay-wise. LoZ: Link’s Awakening (2019) is a worth pick for both gamers who played the original and those who are just experiencing it for the first time. This Zelda title should be enough to tide Switch owners over while they wait for the sequel to Breath of the Wild.

Legend of Zelda: Link’s Awakening Review | An awesome remake of a 'Zelda' classicBOTW new approach for the series is a welcome change, but returning to LoZ’s classic roots with the Link's Awakening remake is a great change of pace. Fans of both the classic 1993 title and new Zelda fans can enjoy this super-cute remake.