Is the new Maleficent flick worth seeing in cinemas? 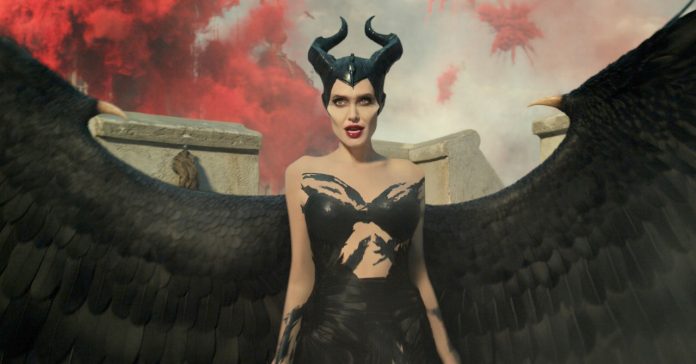 Ahhh Maleficent, an interesting exploration of one of Disney’s most memorable (if not most powerful) villains. She has been the cliché evil sorcerer ever since, horns and transmogrification included. But what was envisioned on paper did not necessarily translate well on film. The first one was, in a word, okay. Nothing too great but nothing too; basically it’s somewhere in the middle which is just fine personally.

The second one it seems, is just as “okay” given that it got a 53% “Rotten” score at Rotten Tomatoes.

Maleficent: Mistress of Evil follows shortly after the events of the first film. We know of Maleficent’s true nature, her true moral alignment and her powers. There’s nothing new to pick up here and no exposition needed to give her more backstory or see how the character evolves (unlike the first film). Aurora (Elle Fanning reprising her role) is now Queen of the Moors, given to her by Maleficent (Angelina Jolie) after the events of the first film. She stumbles upon Prince Philip (this time around played by Harris Dickinson) who asks her to marry him and this sets the stage for pretty much the entirety of the 2nd film.

Here, we’re introduced to new characters like Prince Philip’s parents played by Robert Lindsay as King John and Michelle Pfeiffer as the dashingly conniving Queen Ingrith as well as a host of Dark Faes similar to Maleficent like the war hungry Borra (Ed Skrein) and the pacifist Conall (Chiwatel Ejiofor).

The central conflict ensues after a tense dinner meeting between Maleficent, Aurora, Prince Philip and his family where Maleficent, after an altercation between her and Queen Ingrith, seemed to have cursed King John into a deep unendling sleep — the same curse that was done to Aurora in the first movie. This drives the kingdom into battle with Maleficent. Throughout everything, Maleficent must find a way to bridge the gap that has been created between her, her god daughter and a new host of Dark Fairies that have been waiting to wage war against humankind.

If you’re a fan of the first film, it’s great to revisit these characters once more. Angelina Jolie presented varying nuances to Maleficent’s character that struck a chord. Her character exposition, the nature of her “evilness”, her hurt and how that lead to her decisions on the first movie and its repercussions was shown brilliantly by Jolie’s acting.

The only problem is the script doesn’t let her to do much more. Because her character is already realized at the end of the first film, Mistress of Evil tries to explore how strong the bond between Maleficent and Aurora is when Disney introduces a wedge between them – the form of Prince Philips Marriage and her obviously wicked mother.

Speaking of obviously wicked kweens, Michelle Pfieffer is deliciously conniving that she seems to have stepped out of the set of Game of Thrones. Watch out Cersei Lannister, there’s a new conniving queen in town. Masterfully manipulative, Queen Ingrith proved to be one of the best villains in the two-film franchise. A huge step up from King Stefan (Sharlto Copley) from the first movie, Ingrith is cunning and crafty – she has the ability to think of various scenarios so the pieces fall exactly where she wants them to – until the 3rd act, that is.

If you’re into large set-piece action sequences, this film has plenty! A swathe of flying sequences, more magic casting and loads of aerial battles particularly in the 3rd act. In fact, the whole 3rd act reminds me of a brightly-lit Games of Thrones castle-siege sequence. Queen Ingrith, being Cersei-like herself, has a sequence in the 3rd act that somewhat echoes the iconic sequence during the Sept of Baelor incident – don’t worry, though, they pulled their punches on this one.

The problem with Maleficent: Mistress of Evil is the film does little to present anything new. A lot of characters also feel rather forgettable. Aside from Maleficent, Aurora and Queen Ingrith, everyone else just vanishes in the background. And that’s a shame because there are a lot of really interesting characters like that creepy, odd-looking Jenn Murray who plays Gerda, Queen Ingrith’s second-in-command and high-perfoming lackey. 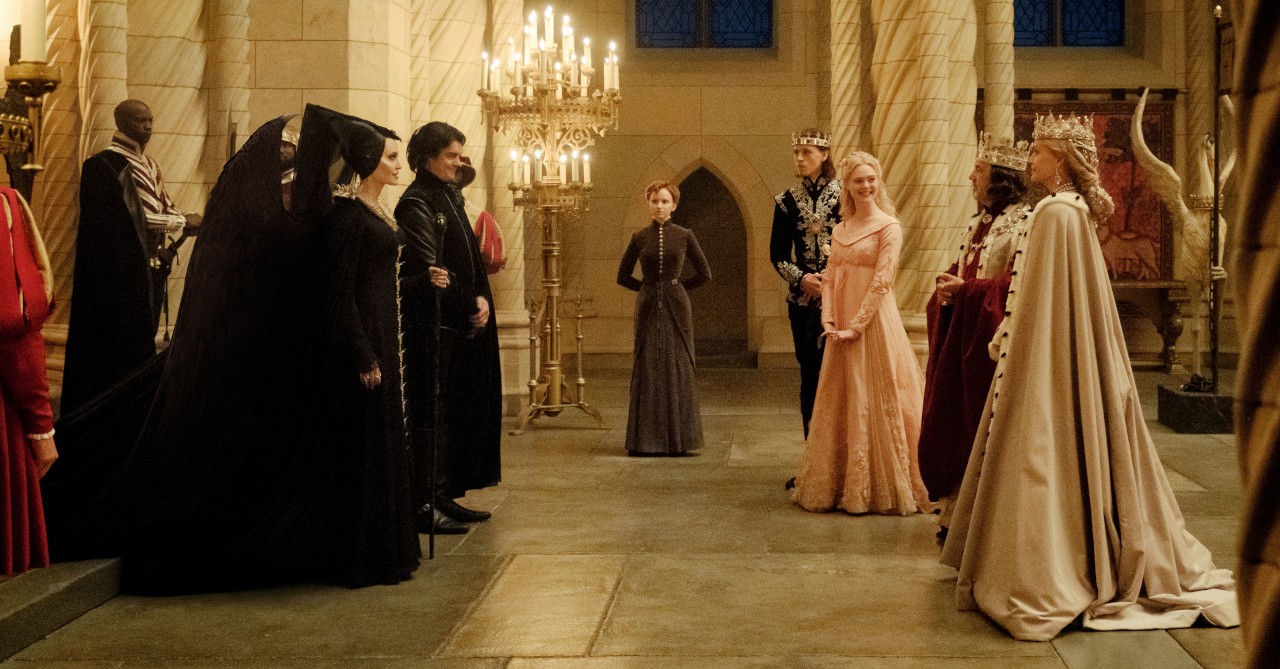 Being a Disney film, complex plot devices, even plot twists hardly have any role in the film. Everything is telegraphed a mile away so you know exactly what’s going to happen. Aside from a fairly predictable storyline, Mistress of Evil failed to balance the tone of the film. There were aspects of it that felt, well, as I said, very Game of Thrones-like and then you jump right back to bright Disney tone; these tonal shifts are jarring and presents a major problem particularly on some of the character’s motivation and/or execution. Without going into specifics, Queen Ingrith was established as this highly manipulative, scheming, intelligent being only to fall short on her executing her plans proficiently towards the last few months. What happened, there, kween? 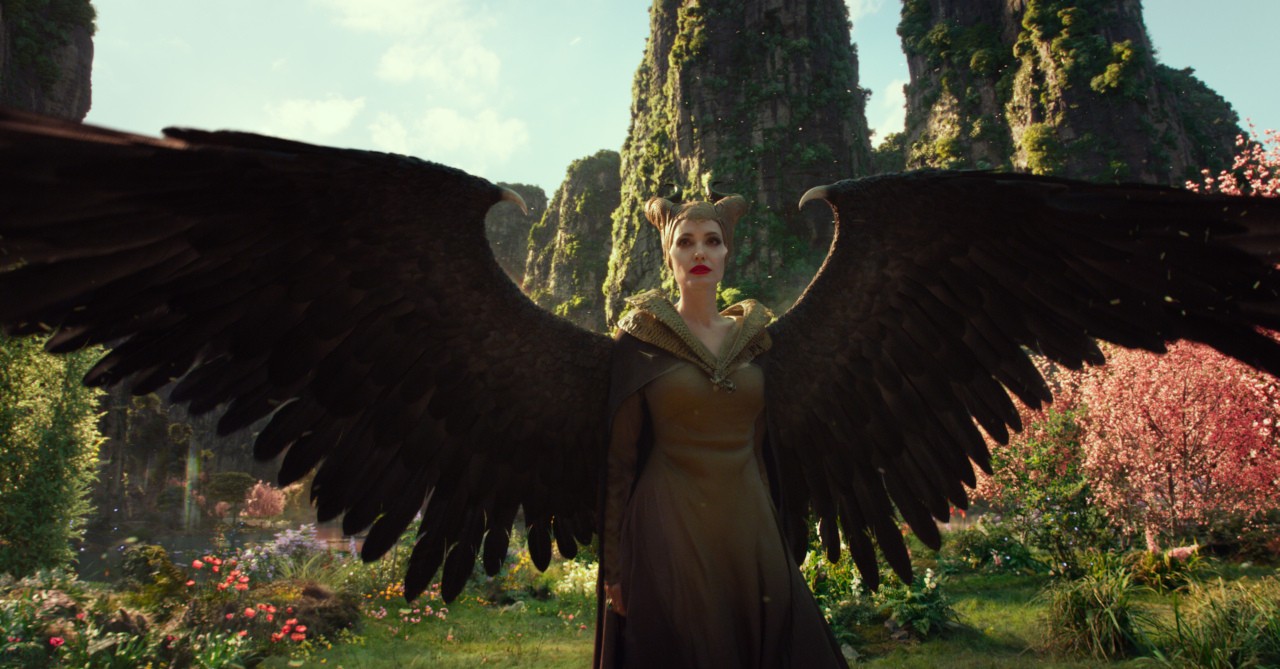 If you liked the first film, you’ll love Maleficent: Mistress of Evil even more. The action sequence warrants a look and I do highly suggest you turn off your brain to fully enjoy the film. If you’re looking for anything deeper than a continuation of the first film, then you may end up disappointed. If anything, it’s a nice excuse to revisit the somewhat magical world built by the first filmm even if it lacks just a little bit of luster.